History books, for the most part, contain black and white photos. This is, of course, due to the fact that color photography may still be in its infancy at the time or probably wasn’t even invented yet.

So yes, it’s a given that majority of the images from the first half of the 20th century are merely in monochrome.

Marina Amaral, however, took it to herself to change that.

With her natural love for history and undeniably awesome Photoshop skills, Marina decided to add color to some vintage photos. The results, needless to say, are quite fascinating. The colors definitely added life and emotion to the old black and white pictures.

“Color has the power to bring the life back to the most important moments.

Coloring black and white photos is an art that requires a deep work of research, analysis of each object to make it be as realistic as possible, historical knowledge and enough respect to value and preserve every detail in each story. It is a complex process able to transport us to anywhere. When we look at the photo in color, we can easily have the feeling that we are living that moment again.”

Go scroll down and check the stunning colored versions along with the original b&w images: 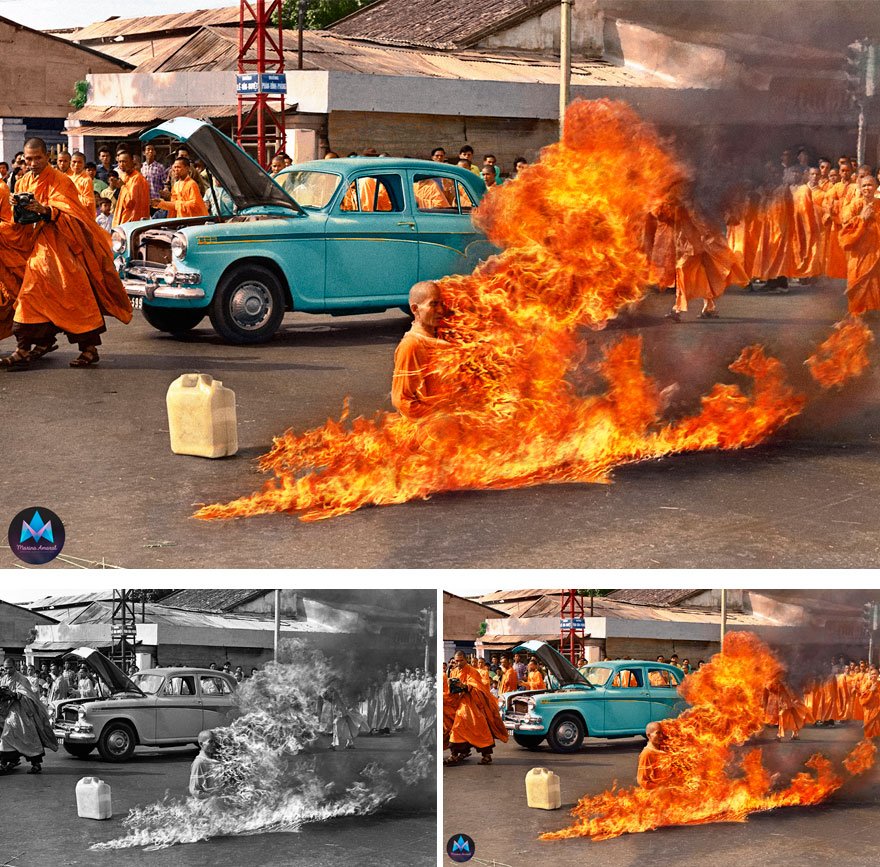 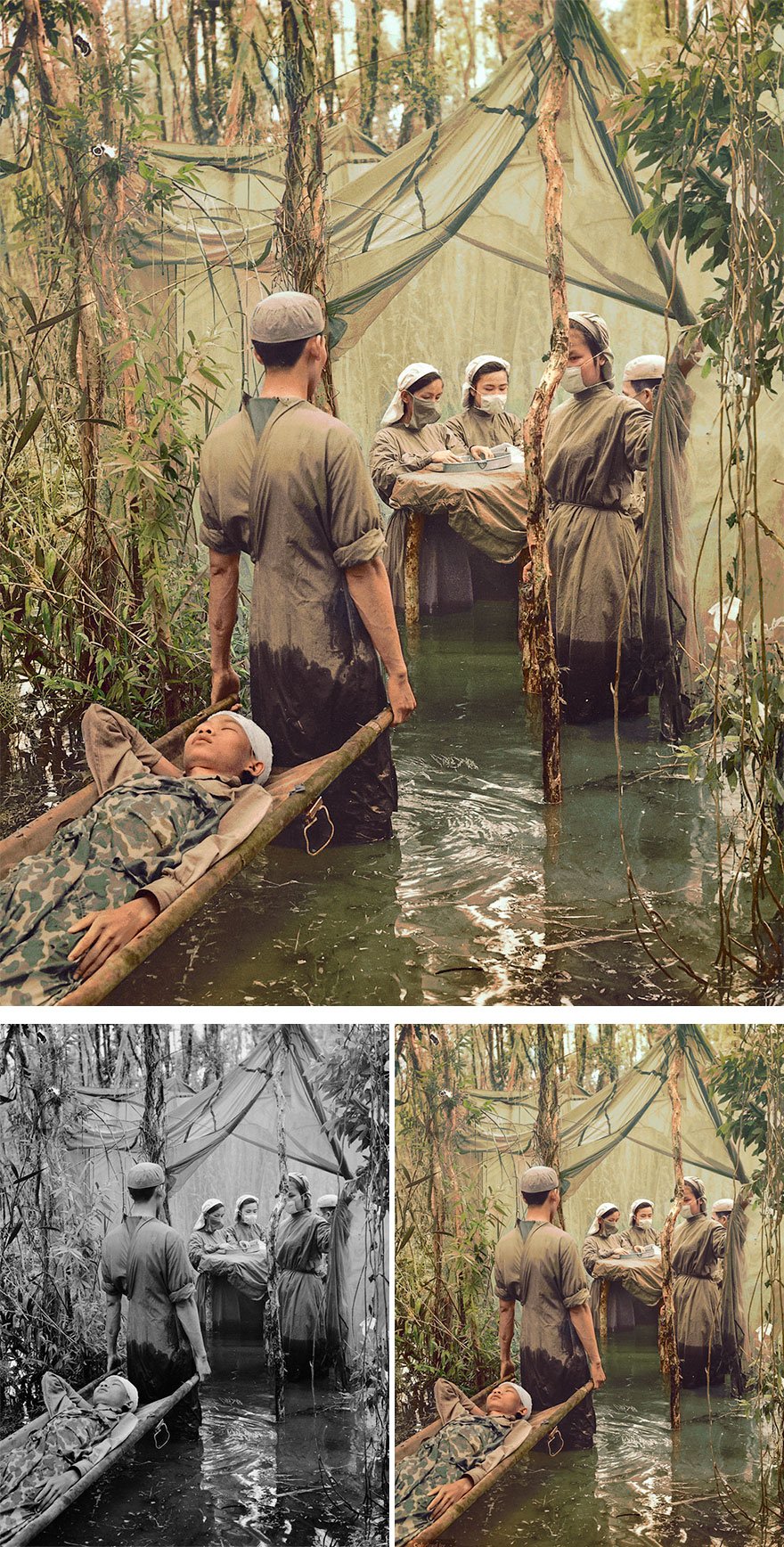 3. An orphan boy in London 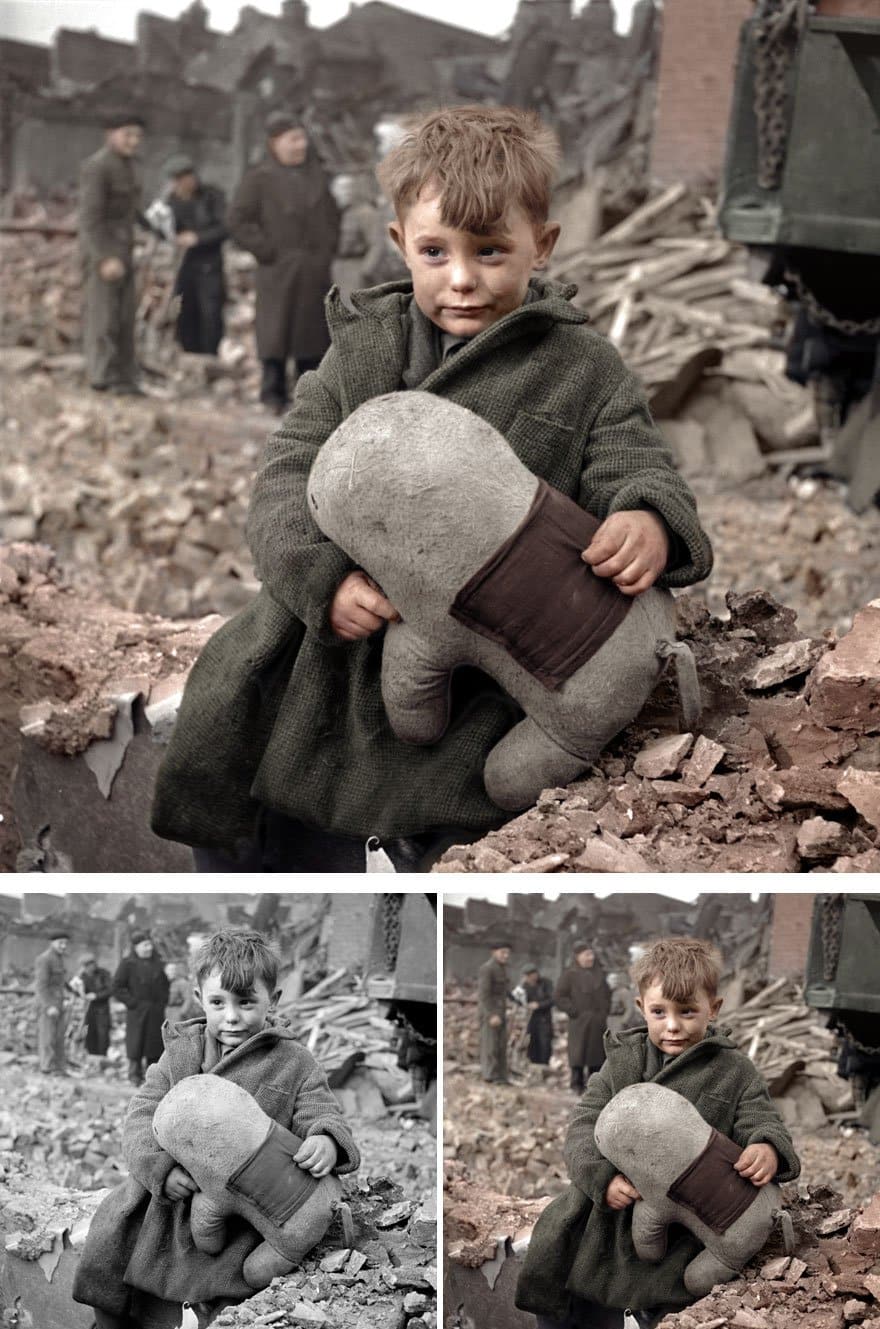 4. A French boy introducing himself to Indian Soldiers 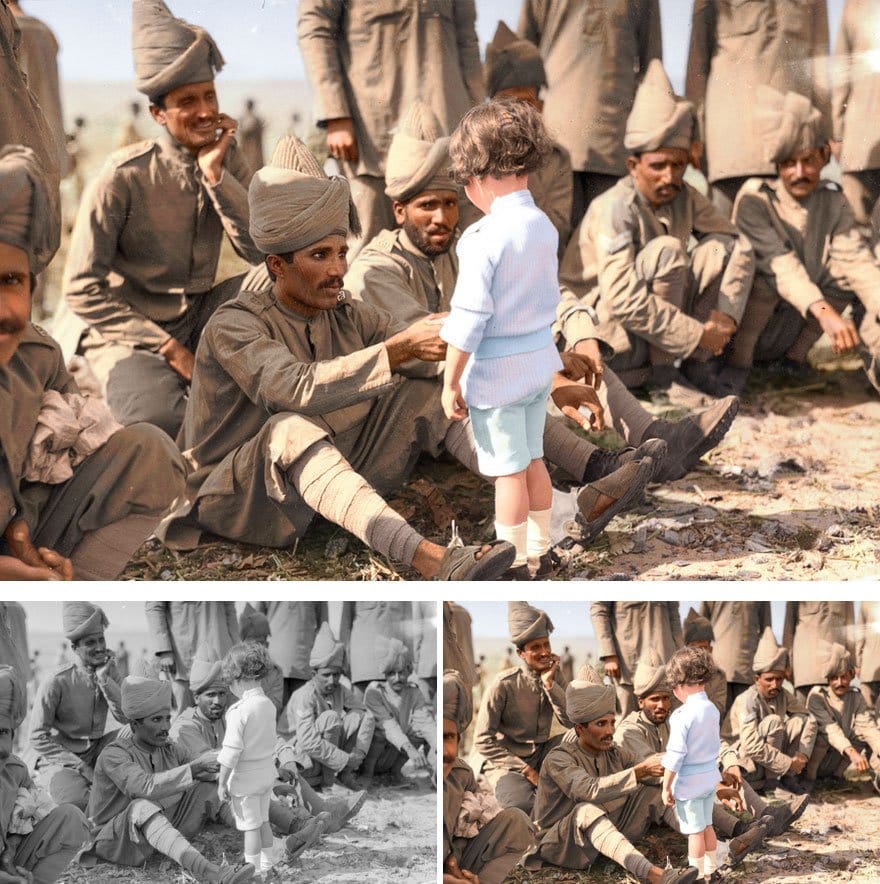 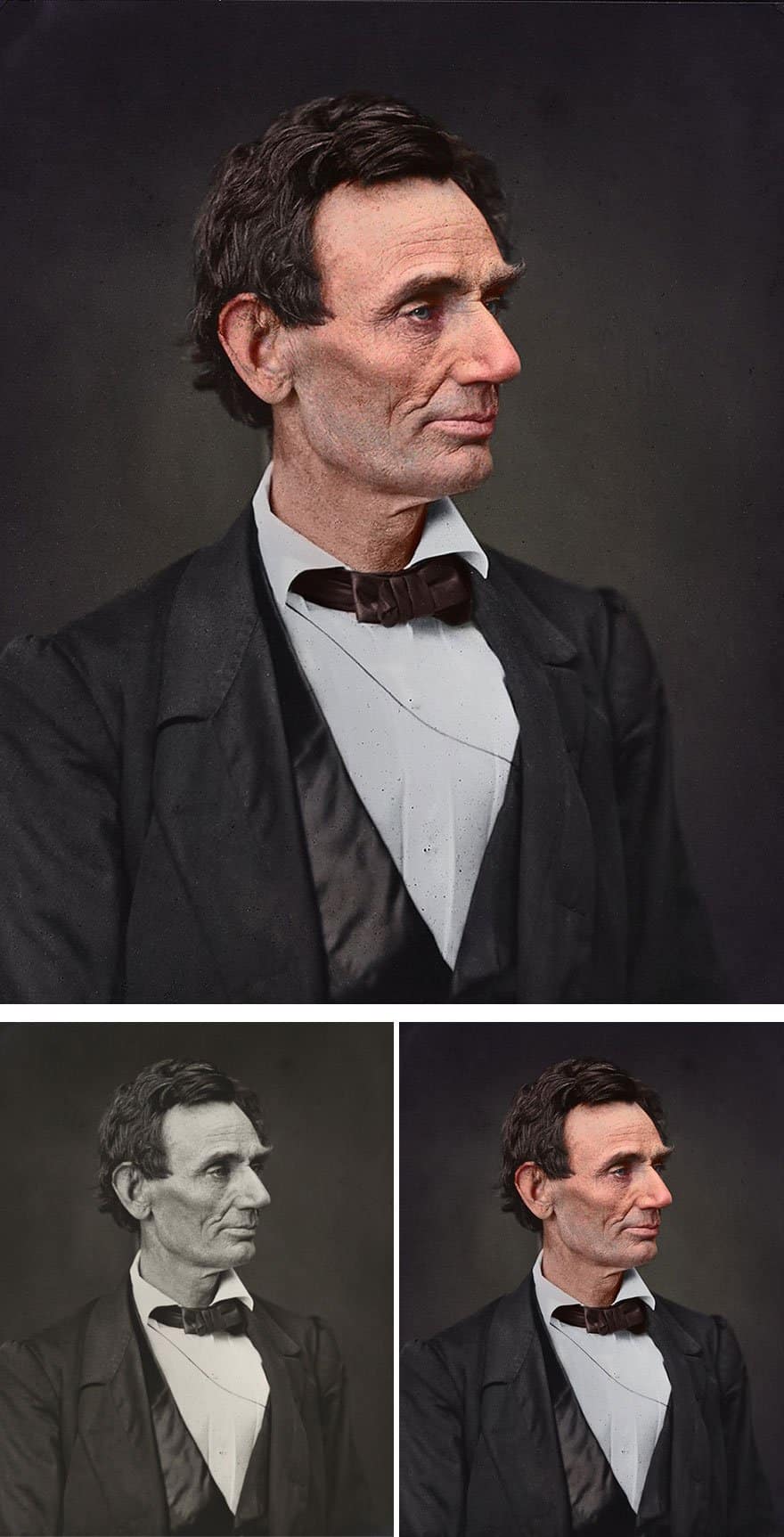 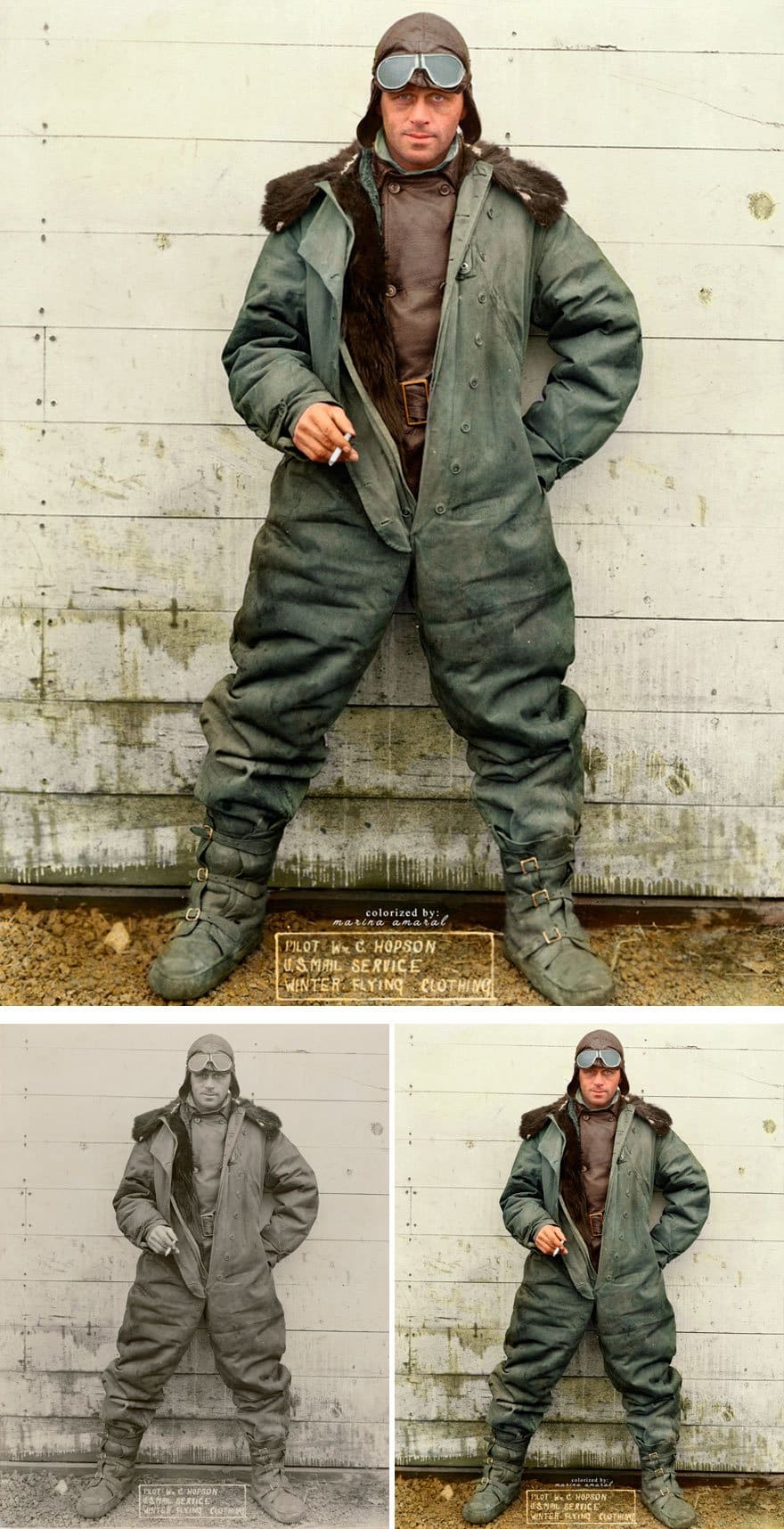 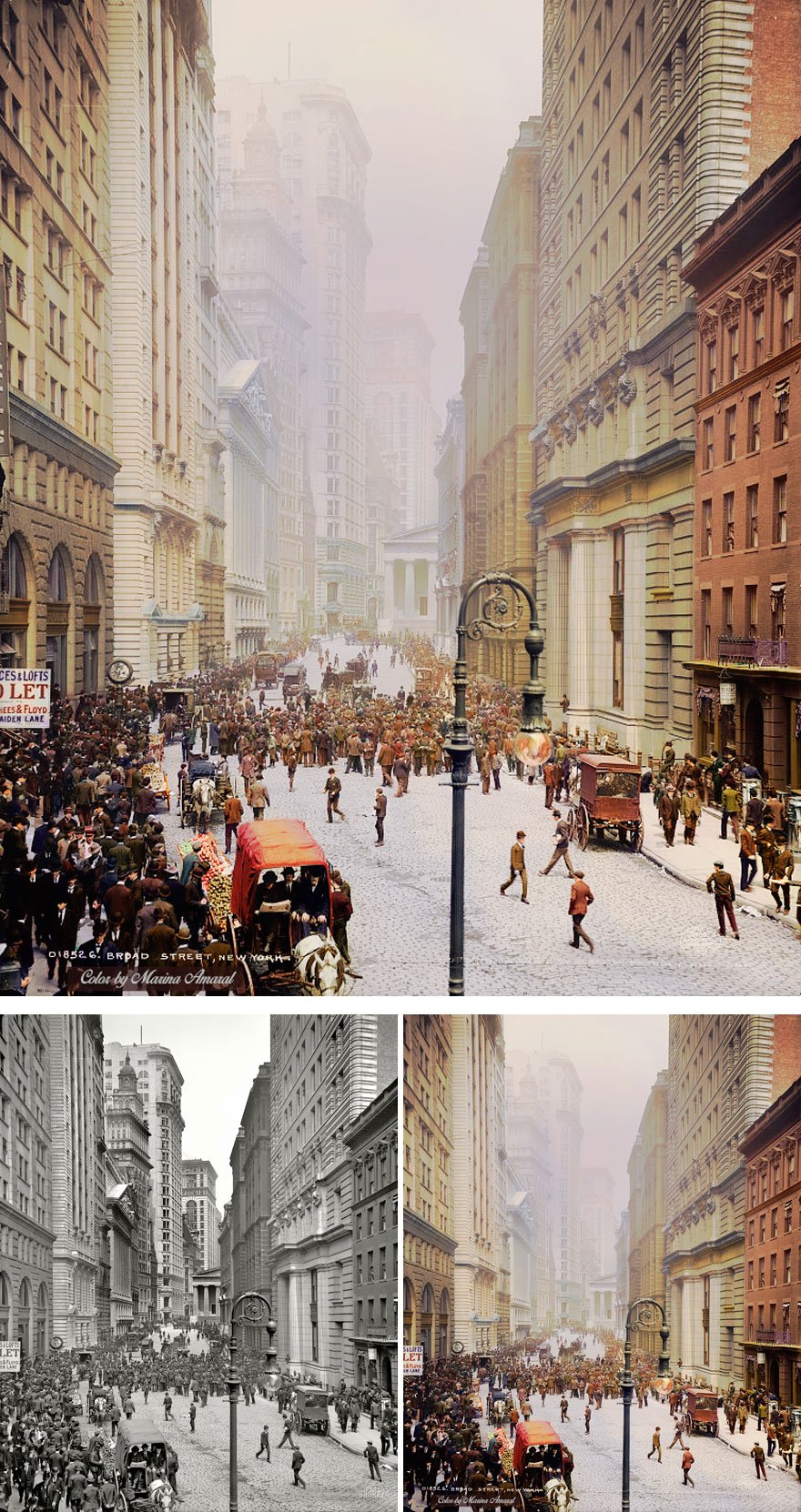 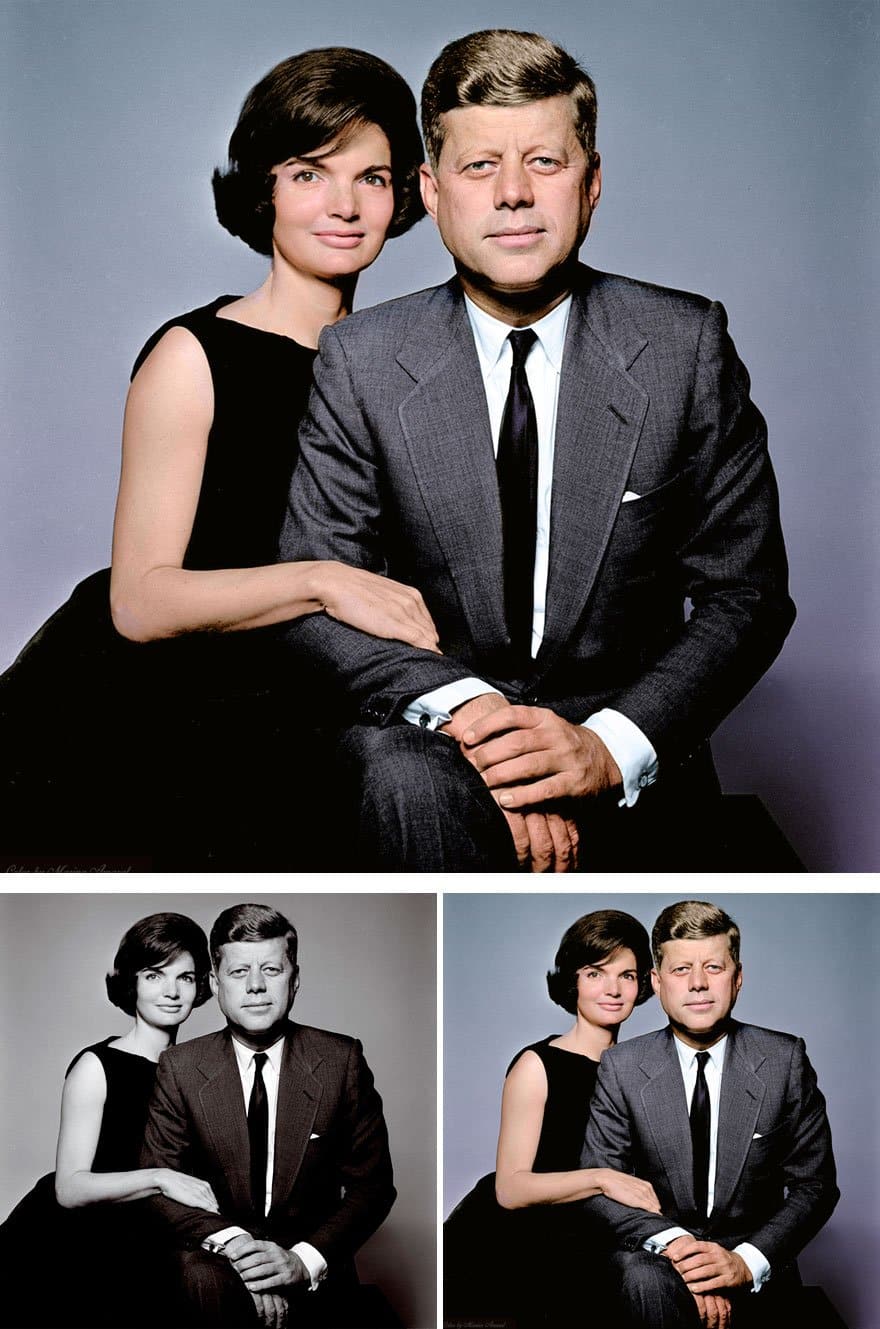 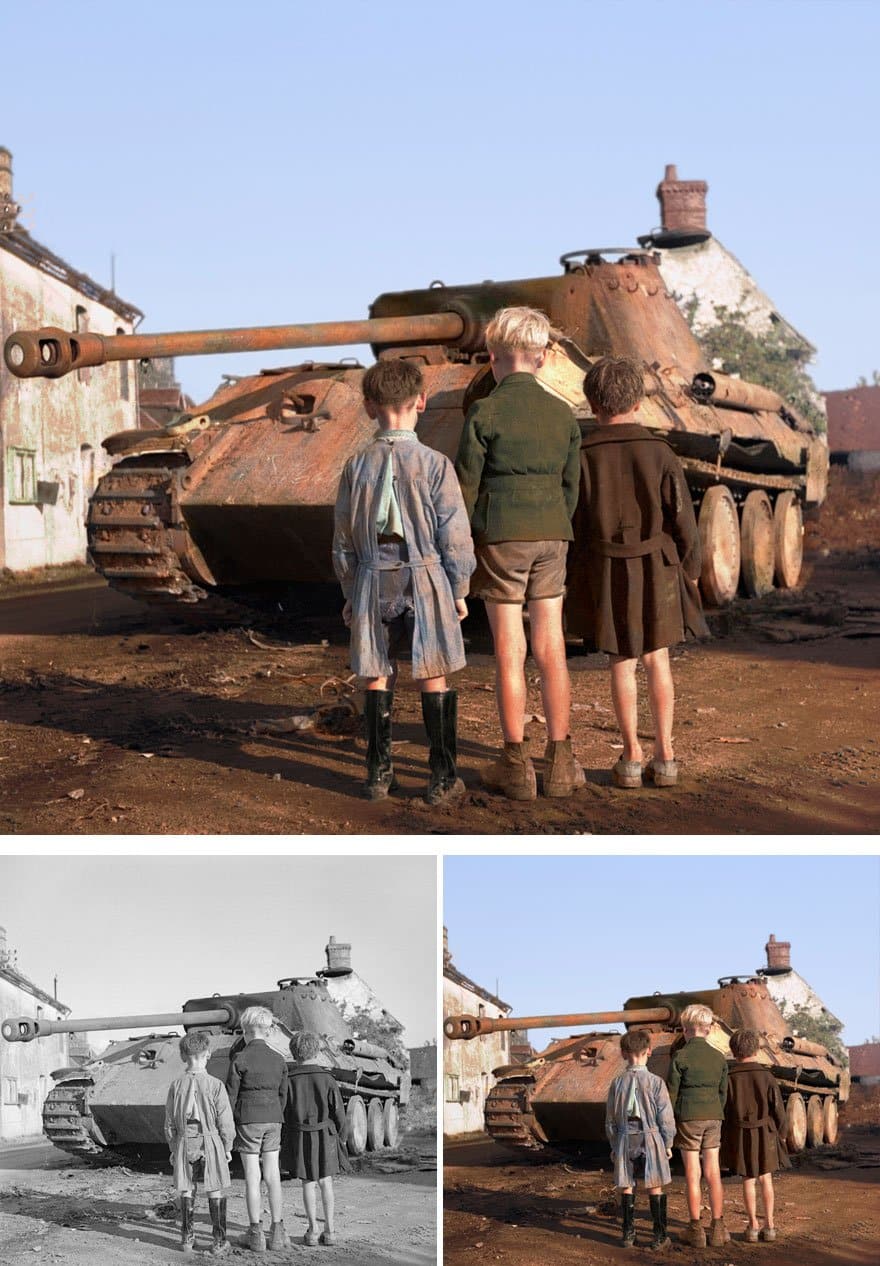 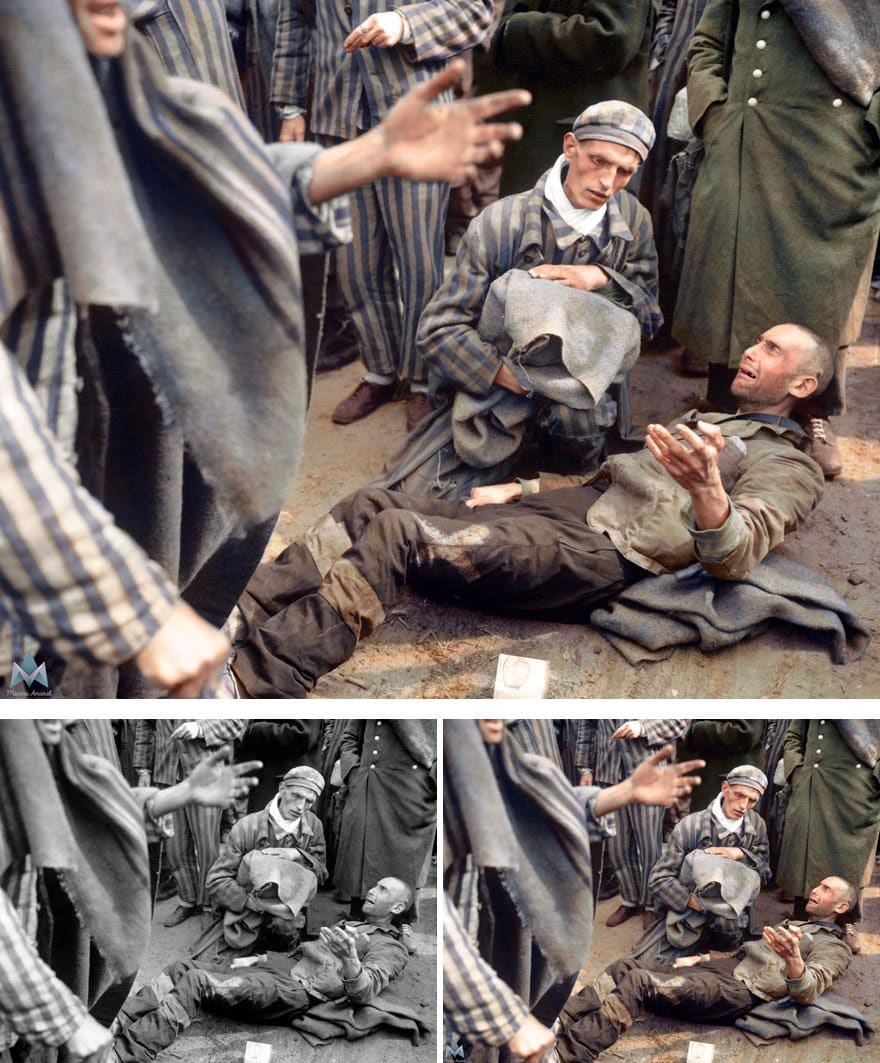 12. Medics from the Us 5th And 6th Engineer Special Brigade 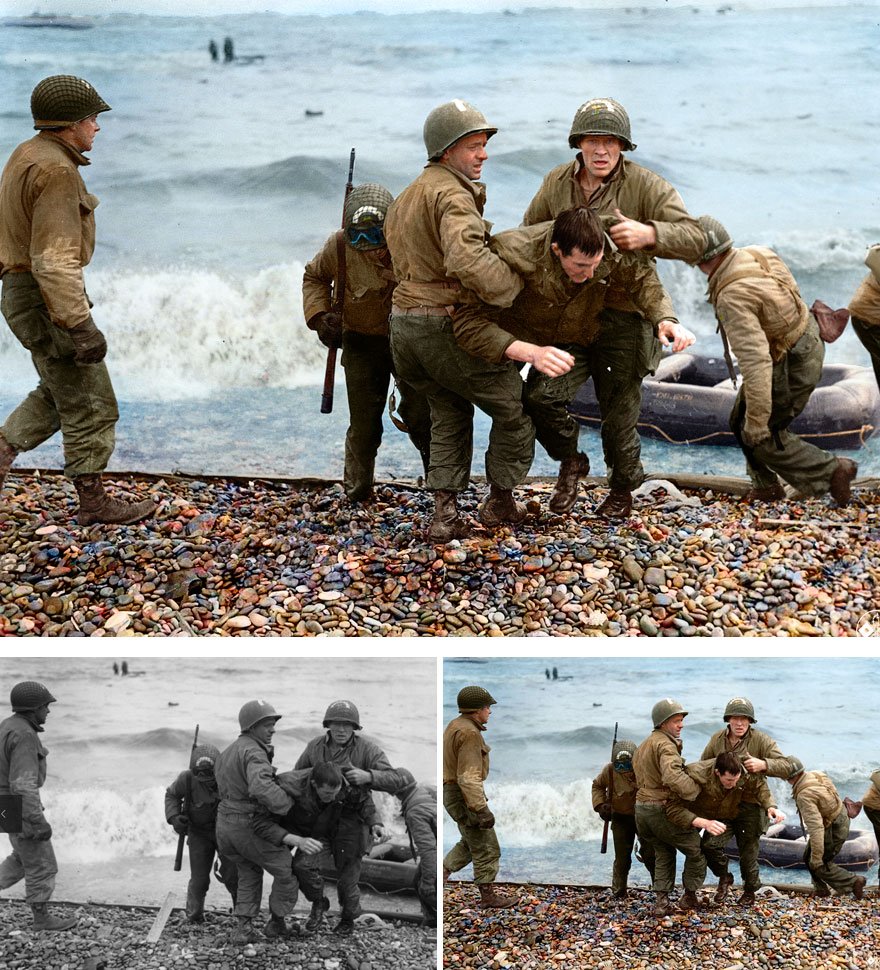 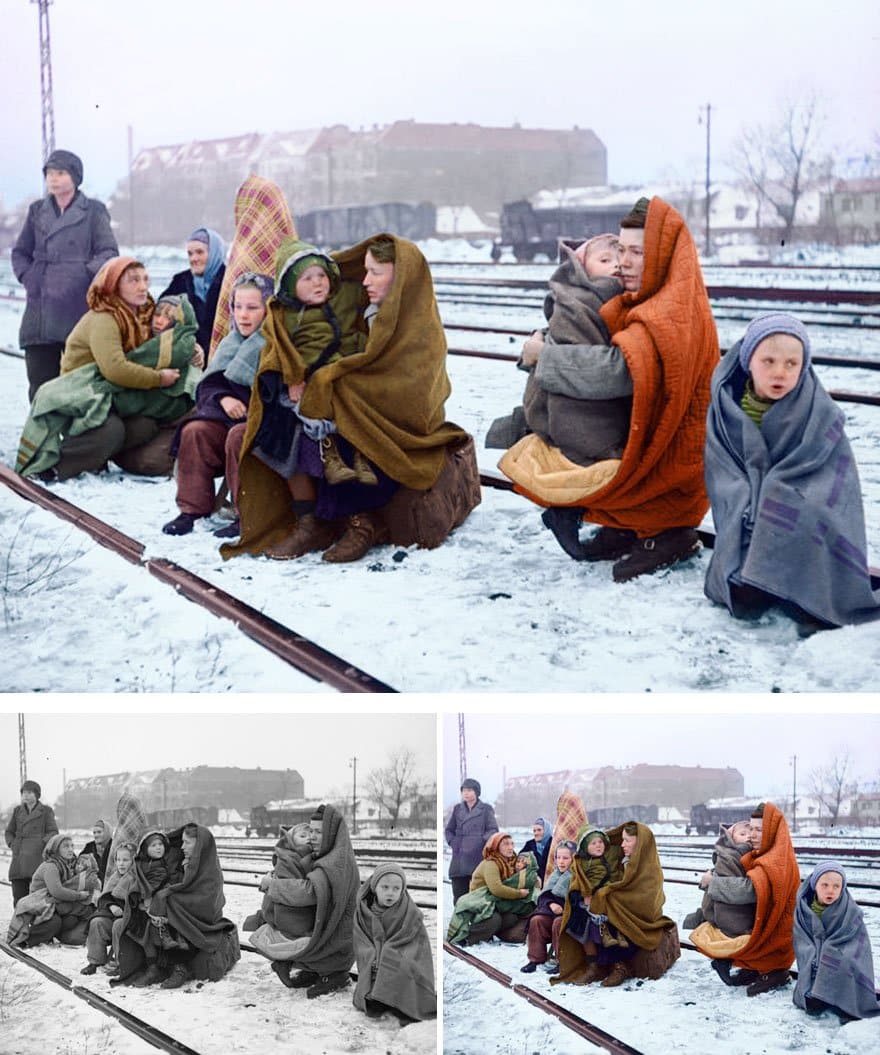 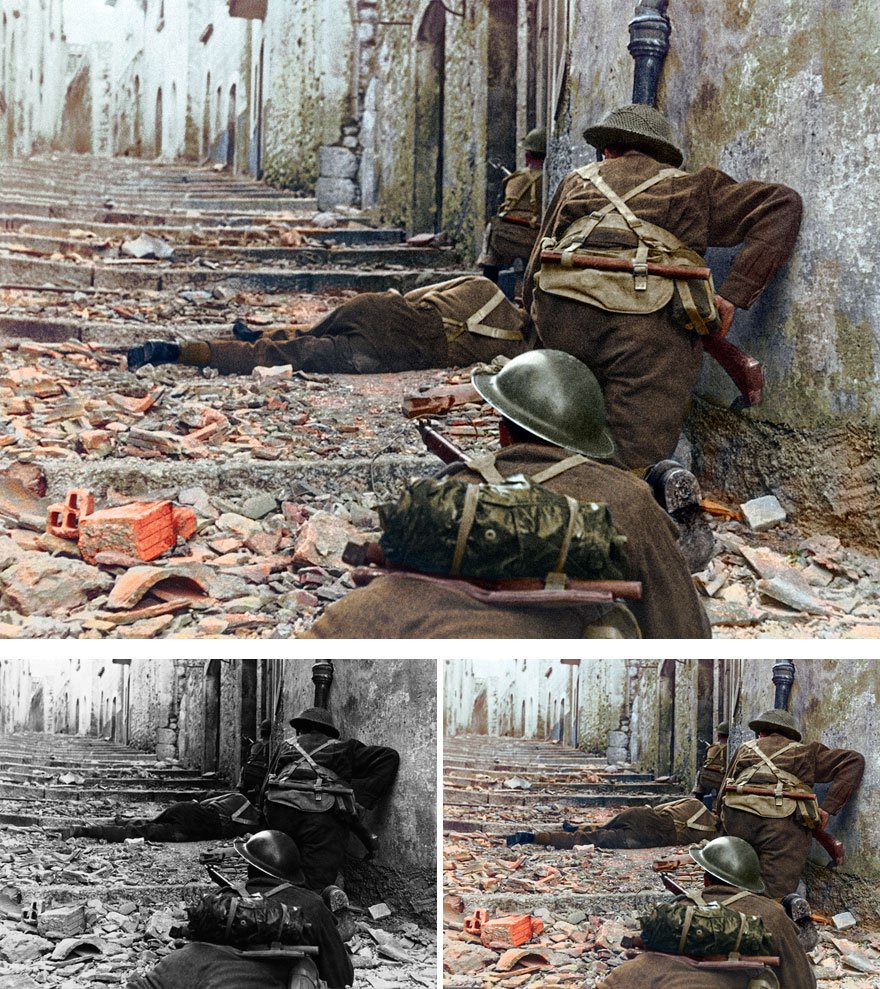 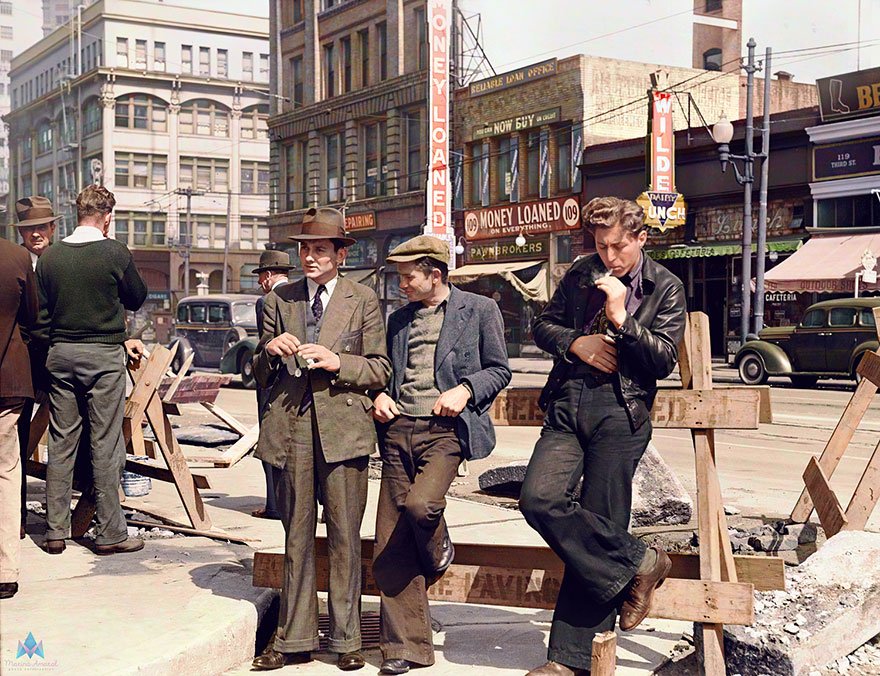 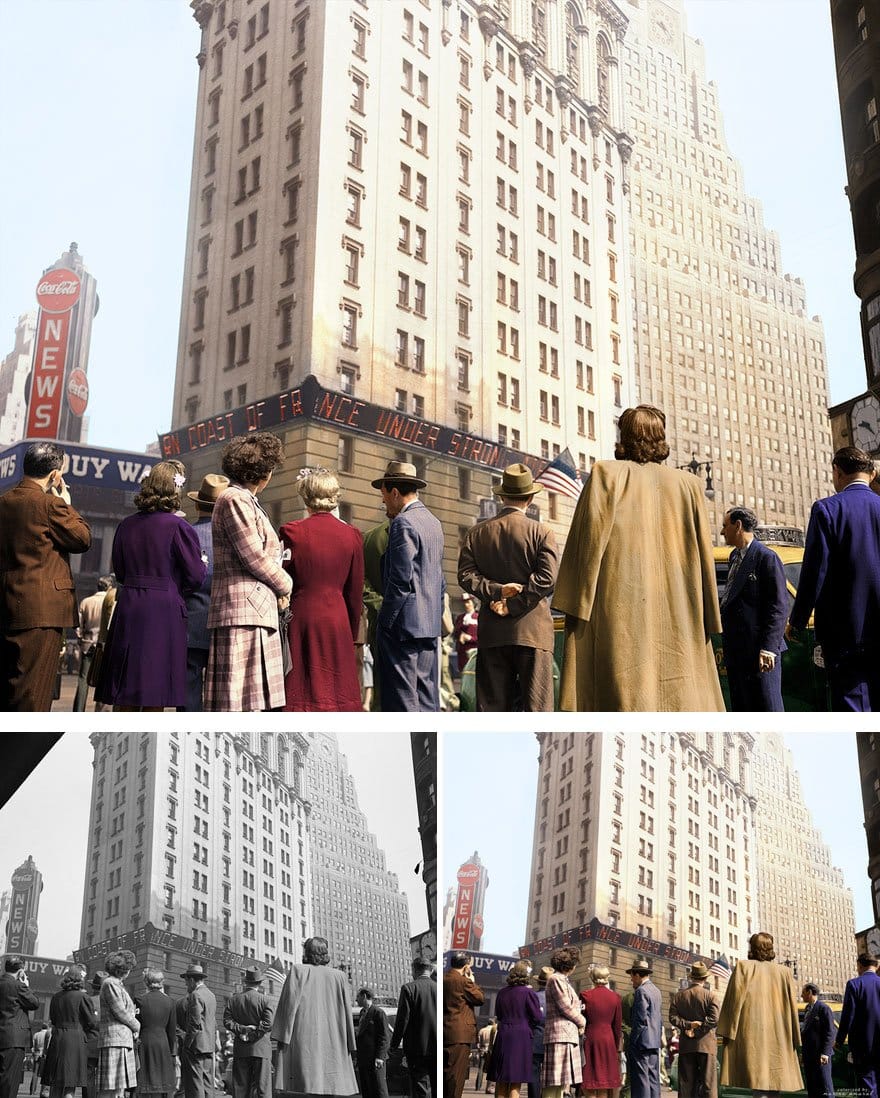 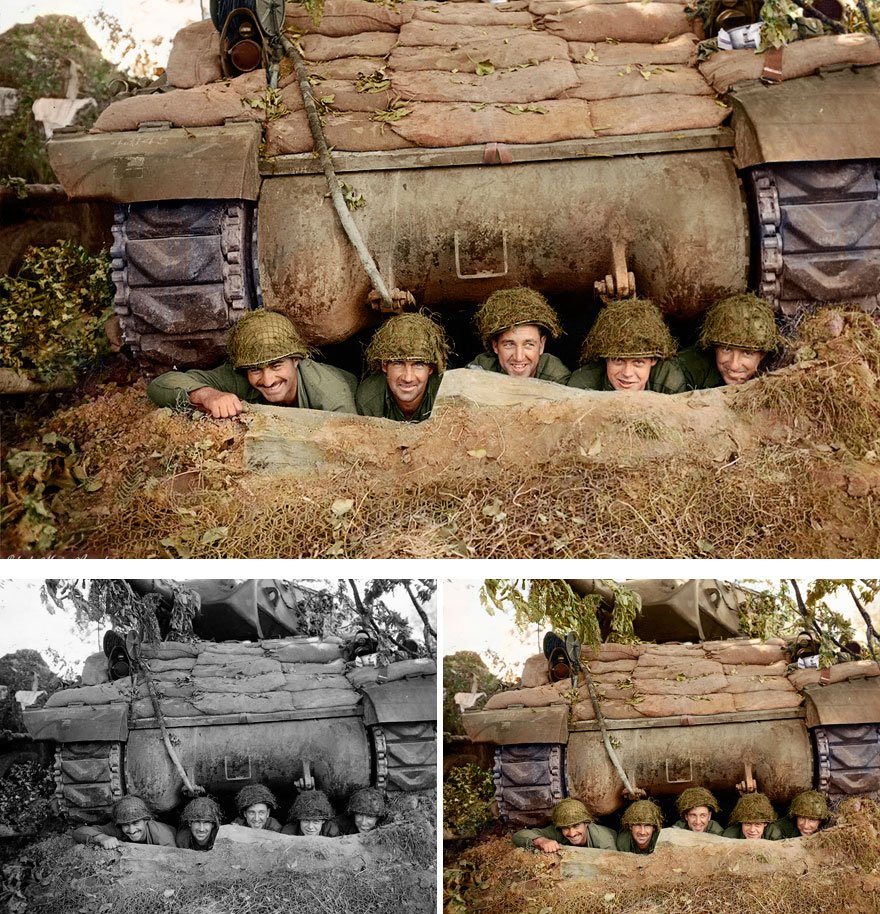 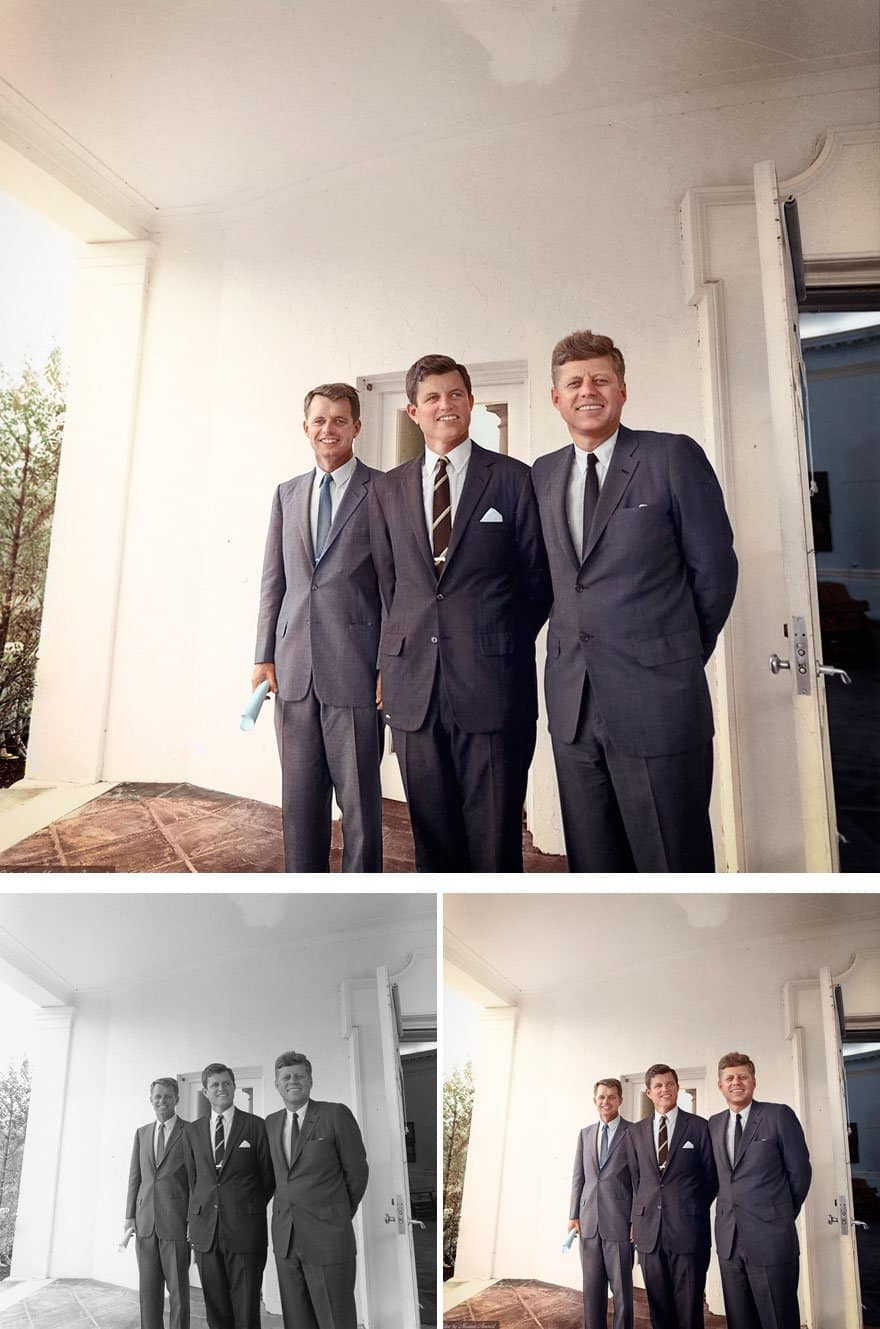 “Every completed work has gone through long and in depth research, and is supported by the opinions of experts in each particular area if necessary, to faithfully reproduce the original colors and atmosphere.”

Our hats are off to you, Marina, for your incredible work. Thank you for allowing us to see and appreciate history through new eyes.

Go check out more of Marina’s stuff over at her official site.