The Philippine government has long been plagued by terrorist groups operating in some locations in Mindanao, which is one of the country’s three main islands. Over the years, residents have gotten used to the periodic skirmishes between the military and terrorists who are known for their kidnapping schemes. Most of the time, foreigners are abducted and ransom is demanded. Some of these local terrorists have sought validation from the extremist group Islamic State of Iraq and Syria or ISIS, which is also known as Daesh or the Islamic State of Iraq and the Levant or ISIL.

The name ISIS was once in the headlines. This time around, the expressions of support for the group seem to be the most intense in one area in Mindanao. Indeed, that area is now experiencing hostilities right smack in the middle of the city.

The Philippine military vs. a terrorist group. 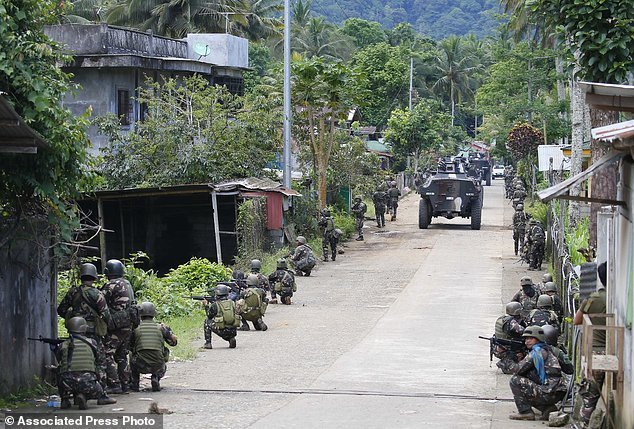 Recently, violence broke out between government forces and members of a terrorist group in the city of Marawi in the province of Lanao del Sur in the Philippines. Lanao del Sur is part of the Autonomous Region in Muslim Mindanao (ARMM).

A soldier points at ISIS graffiti in Marawi City. 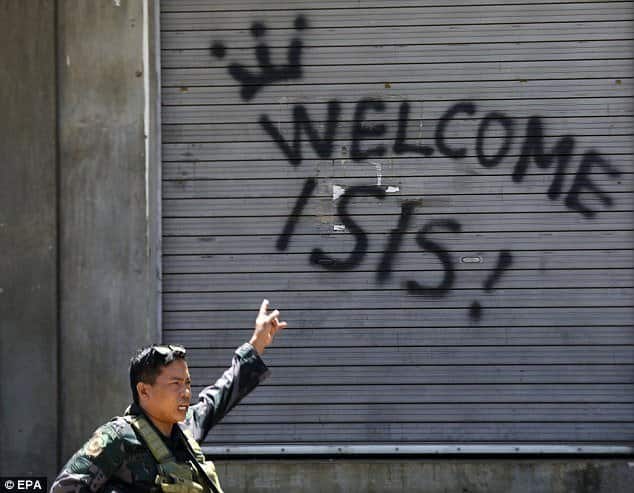 It all started when the combined government forces conducted a raid on a house where Isnilon Hapilon was staying. Hapilon is identified as the leader of the terrorist group Abu Sayyaf. Hapilon’s forces called the Maute Group to help them. The Maute Group is responsible for the bombing in Davao City — where President Rodrigo Duterte is from — last year. 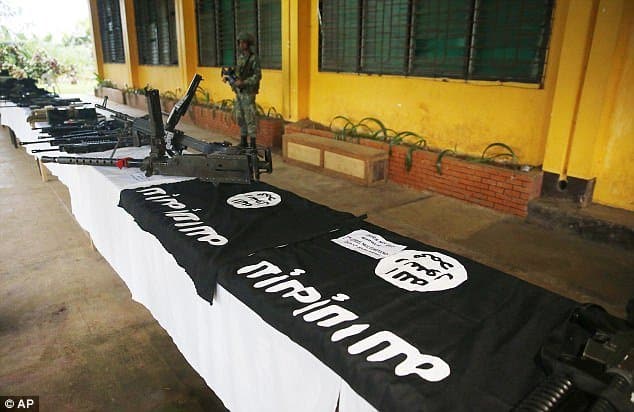 Despite that, the Philippine government has issued announcements that these terrorists are simply members of the so-called Maute Group. The group is named after its founders, brothers Omar and Abdullah Maute. The authorities have emphasized that the Maute Group is not recognized by ISIS.

Maute Group members have raised the ISIS flag in several locations in Marawi City. Evidently, they are seeking validation by doing acts of terror supposedly in behalf of ISIS.

These were confiscated from the Maute Group.

Thus, members of the Maute Group ended up taking over some parts of Marawi City. They engaged in violent shootouts with government forces and burned down some establishments. They also took some hostages. This prompted the declaration of martial law all over Mindanao. 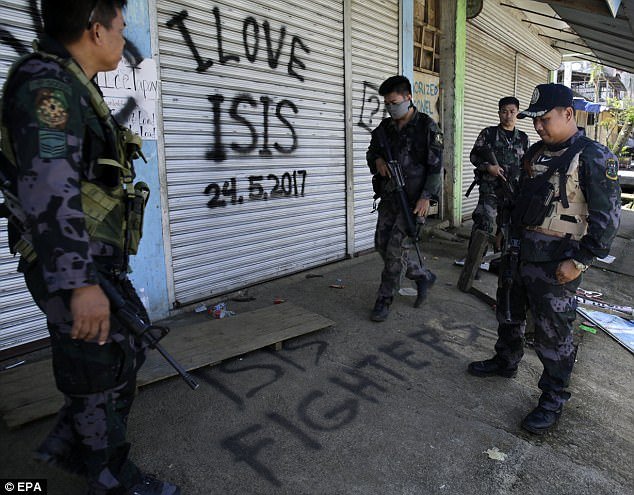 In line with this, the Daily Mail quoted military spokesman Brigadier-General Restituto Padilla who warned,

“We call on the remaining terrorists to surrender while there is an opportunity. For the terrorists, not surrendering will mean their sure death.”

There are horrible stories about the ISIS-inspired group’s takeover of some parts of Marawi City. One of these stories is, indeed, very disturbing, as some of the fighters are said to be teenage boys.

It can't be denied that this is a war zone. 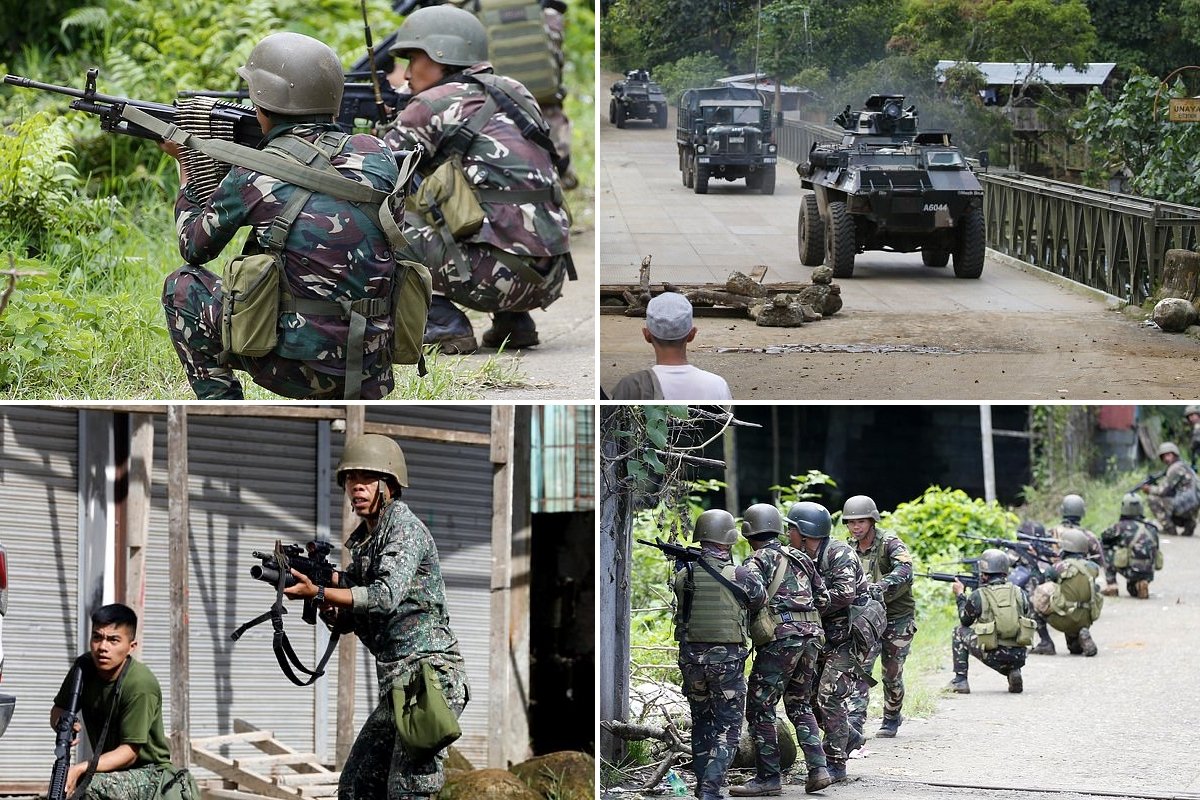 Apparently, these ISIS teen fighters play a sadistic game wherein they ask people to recite verses from the Koran. When these people can’t recite a verse, they are shot.

Who pays the price in a war zone? Answer: Civilians.

Moreover, with the outbreak of violence, around 50,000 residents of Marawi have fled the city. 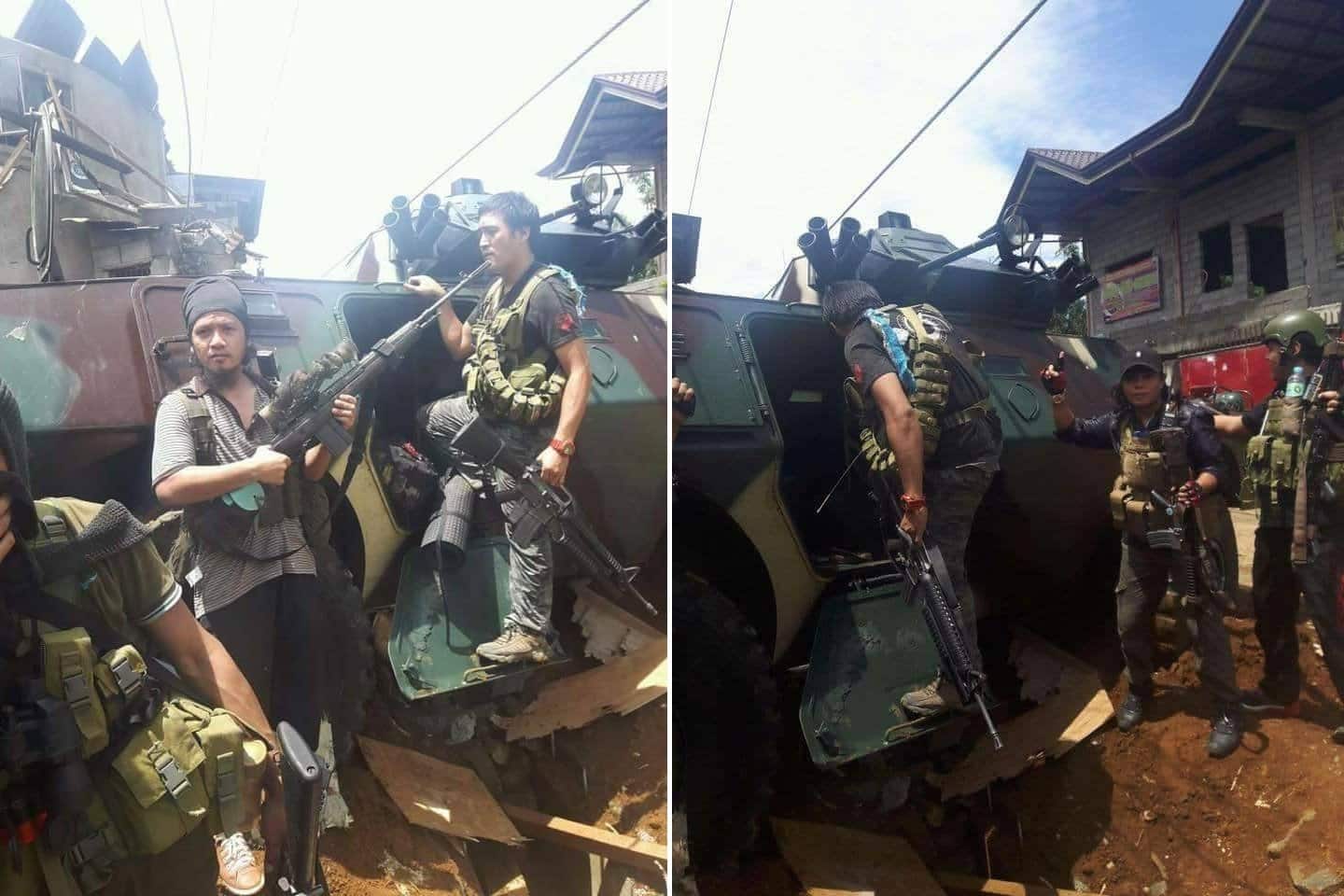 However, there are still around 2,000 trapped in some areas taken over by the Maute Group members. “More than 100 people have been confirmed killed in the conflict,” adds Gareth Davies for MailOnline. 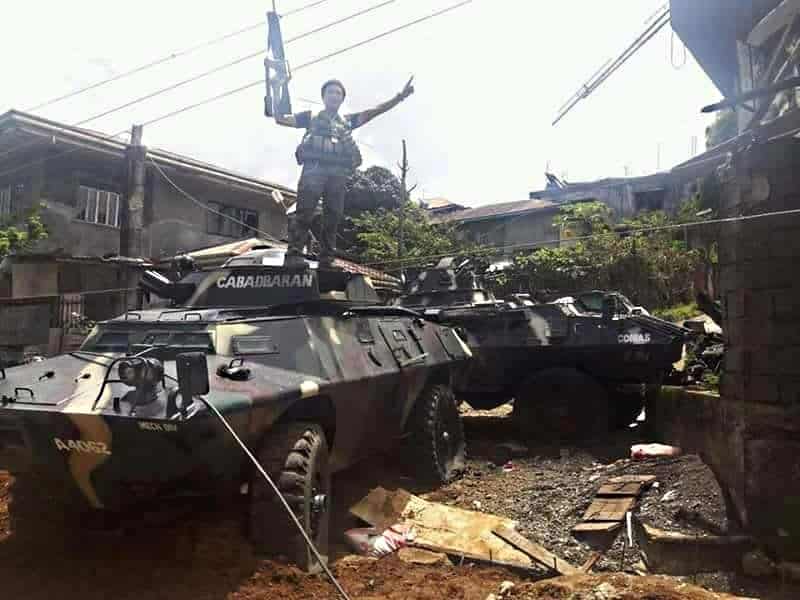 Meanwhile, the hostilities continue in Marawi City. In fact, government troops are said to be liberating Marawi City “from house to house.”