Sensing that you may be living with a cancer is pretty scary. Too many people are afraid to go have their bodies checked for confirmation as they are terrified of hearing the doctors tell them that they only have a few months left to live. A British man has however gotten into a false cancer drama as his suspected illness was caused by a toy instead.

The unnamed 47-year-old man thought he had a lung cancer received some good news after he underwent some procedures to examine the mass in his lung. The patient was found out to be a long-term smoker and had suffered a cough over a year, making them think that he had cancer.

However, when he went through a bronchoscopy, the doctors did not find any signs of cancer. Instead, they spotted a tiny Playmobil plastic traffic cone stuck in the patient’s airways. This had reportedly caused his seemingly symptoms of cancer.

A man inhaled this tiny toy piece and it was stuck in his lung’s air passage for 40 years. 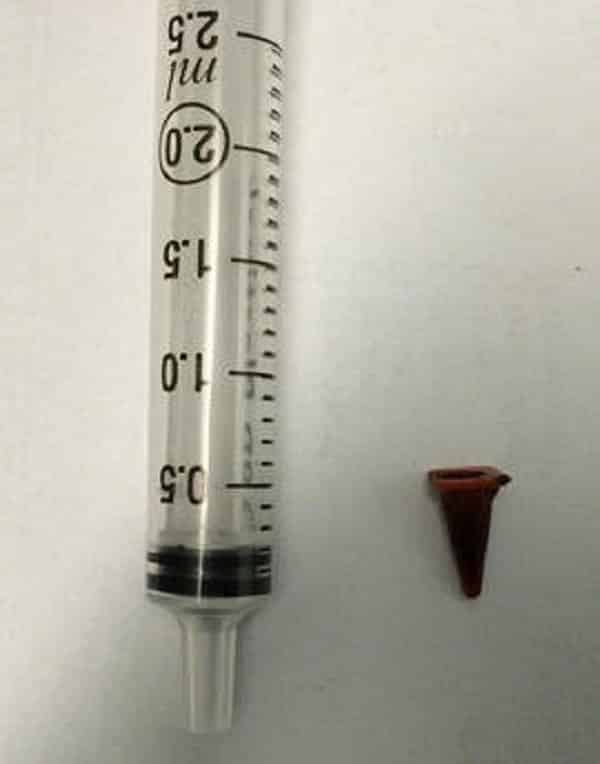 The man was then diagnosed with tracheobronchial foreign body (TFB) aspiration instead of lung cancer. Doctors said it was a unique case and information of the incident were detailed in the journal BMJ Case Reports.

The report claims that the patient remembered playing and even swallowing pieces of Playmobil set which was given to him as a gift on his seventh birthday. As the toy piece was blocking his air passage, doctors scheduled a procedure to extract the plastic cone he inhaled decades ago. They were then able to successfully remove the toy with biopsy forceps.

Four months after the extraction procedure, doctors have reported that the patient’s cough had “almost entirely settled.” They said:

“On a positive note, his symptoms improved markedly and he finally found his long-lost Playmobil traffic cone in the very last place he would look.”

Doctors explained further about the patient’s case. They revealed that aspiration of small objects is more common in children than adults. Typically, when children inhaled an object, they are diagnosed within a week. But in a small number of cases, it takes longer for symptoms to develop or get checked out which is exactly what happened to the British man. Doctors commented on the case:

“However, a case in which the onset of symptoms occurs so long after initial aspiration is unheard of in the literature.”

The patient thought he had lung cancer as he was a longtime smoker. 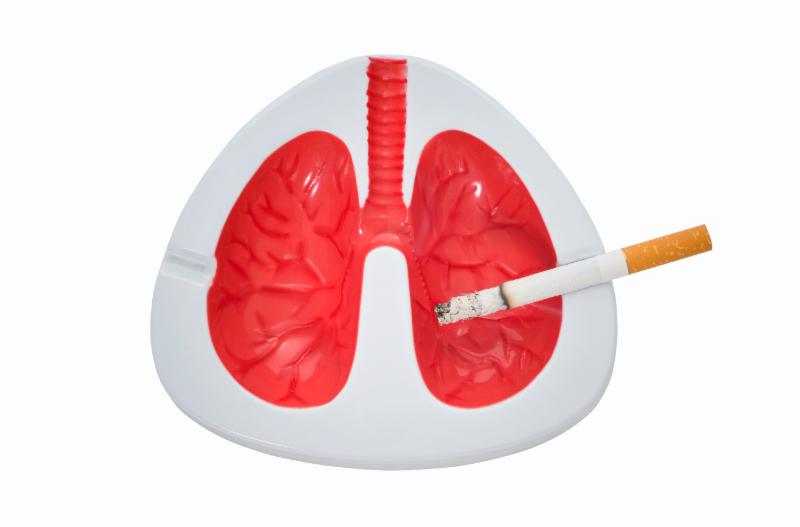 In their search for a similar case, doctors said they found only one reported incident in a child and three in adults where the object remained undetected inside them for more than 20 years. However, doctors were quite surprised that the patient lived with the Playmobil toy for over 40 years,thinking he had cancer which making his case a unique incident. They claimed:

“Therefore, our patient is unique in enduring a TFB for more than 40 years and because this event occurred when he was only 7 years old.”