Getting obscene amounts of money can certainly have strange effects on people, especially if it involves winning millions in the lottery. Most of us would pack our bags and jet off to the beach paradise location of our dreams or head to Vegas and spread money around like it’s going out of style. A lot of us would plunk down cold hard cash for a mansion or a Ferrari. 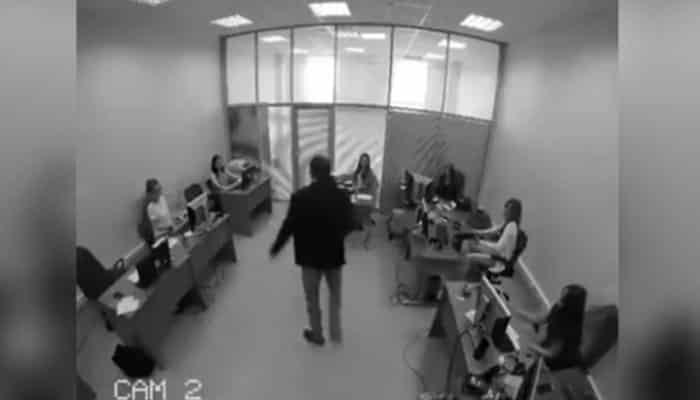 This man reacted in a way most of us dreamed of doing but will probably never do in a million years. CCTV cameras showed him going nuts while he was seated on his office desk, presumably at the moment he learned he won the lottery. After jumping off from his seat and running around the room, he rushed to his boss’ office and did the unthinkable – he actually URINATED ON HIS BOSS! This was after pushing the man to the floor and thrashed him with some papers from his desk.

Watch how it all went down:

I think the dude must truly hate his work or his boss for him to do something like that. I mean, I can imagine myself flipping the bird or telling my boss off after winning the lottery, but I don’t think I will actually pee on my CEO. No effing way.