How would you react if you found out you just won a million in the lottery? Would you scream at the top of your lungs and let everyone know about it?

One man from Jamaica did exactly the opposite of that as he kept his luck a secret. In fact, he waited or 54 days before collecting his prize money worth 158.4 million Jamaican dollars (or US $1.17 million). And when he appeared at the Super Lotto office, he made it clear he didn’t want his identity to be made public. 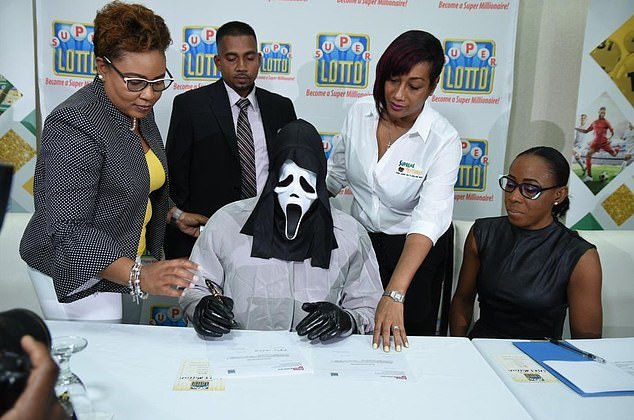 Using only the name A. Campbell, the grand winner claimed the jackpot while wearing a mask from popular horror flick Scream.

In a Daily Mail report, we learn that Campbell first learned about his win in November but decided to take his time before collecting the money. On top of that, he decided to conceal his face so that “he wouldn’t have to share the money with cash-hungry relatives,” the article said. 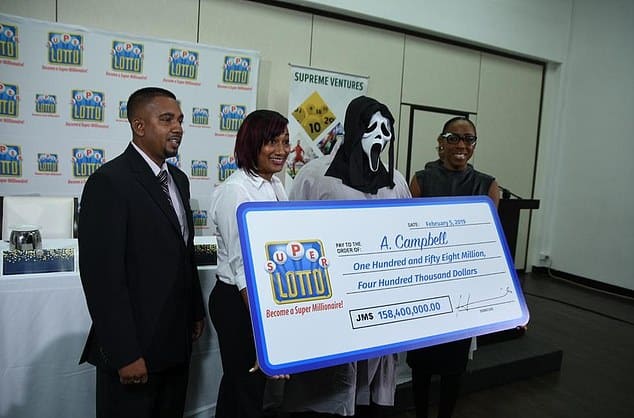 “Normally, I would write down the numbers from the [televised] draw, eat and then go and check my numbers.

“I looked at my ticket [that night] and ran into my bathroom and said: ‘I won! I won!'”

So what does he plan to do his winnings? He already has it all planned in his head.

“I want to get a nice house. I haven’t found it yet, but I’ll be looking for one soon. I like to handle money. I don’t beg, I don’t borrow.

“So I’m looking at things that can turn over the money. I have a little business, so I plan to make it bigger, buy an apartment. I love to have money.” 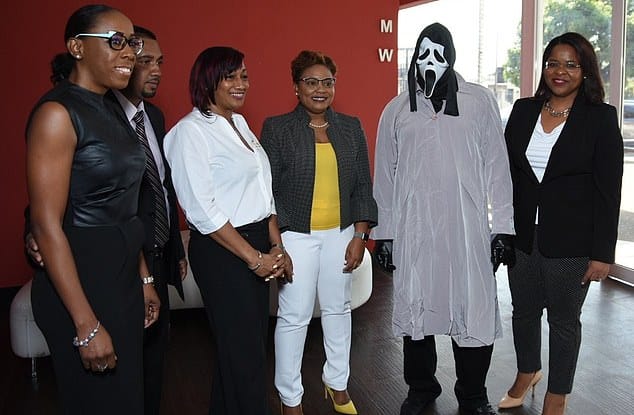 Campbell’s photos eventually went viral on social media as he can be seen posing with lottery officials, signing documents, and holding the giant check while rocking the iconic mask.