If you’re a high-powered executive living the good life when your doctor tells you have a debilitating disease, what do you do?

Do you curl up into yourself and sink into a deep depression after being forced to leave the job you love and the exciting life you lead? Certainly not this man.

Angelo Mastropietro, a former recruitment manager, was in the prime of his life when he was diagnosed with Multiple Sclerosis at age 29. Affecting his brain and spinal cord, MS typically brings on weakness, numbness, tingling, and blurred vision. 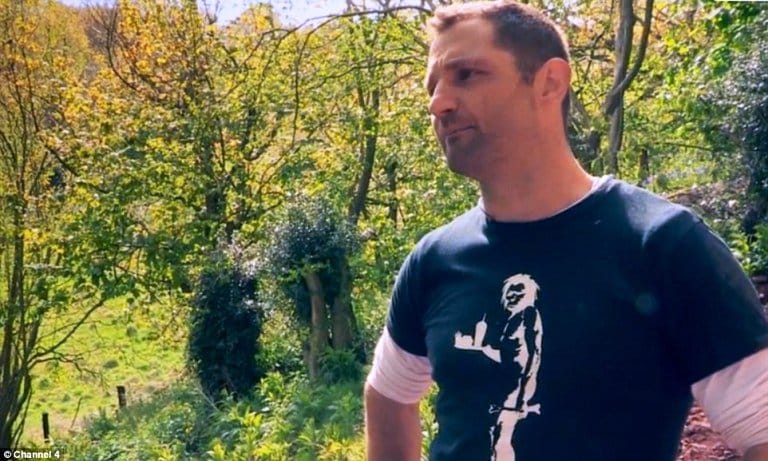 However, instead of hiding himself away in a dark hole away from his former life as a businessman in Australia, he decided to hide out in another dark hole of his own devising…a dream home made with his own two hands…out of an 800-year-old cave in his native Britain.

Mastopietro first came across the cave back in 1999 in Wyre Forest in Worcestershire when he and his friends took shelter inside it from the rain during a bike ride.

The spacious four-compartment hole had been cut into from 50-foot soaring sandstone cliffs, and had been earlier used as a rough rock dwelling back in the 1940’s but had been abandoned during the same period.

Mastopietro saw it was for sale for $88,300, and snapped up the property, perhaps as part of some self-mapped rehabilitation program he had in his mind.

Literally near-paralyzed from his illness, he slowly, painstakingly excavated into the cave, cutting and drilling by hand based on a design he envisioned in his imagination. 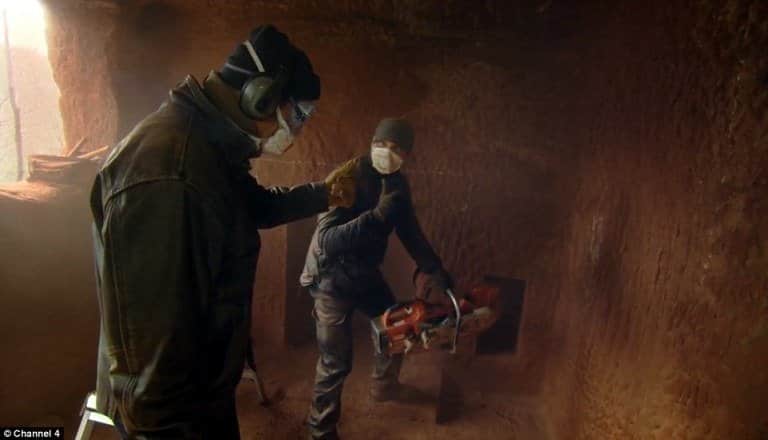 The harsh physical labor, which took him nearly a year to complete, worked hand in hand with helping him overcome his debilitation, and now he has his dream home, complete with running water, electricity, heating, and even Wi-Fi. 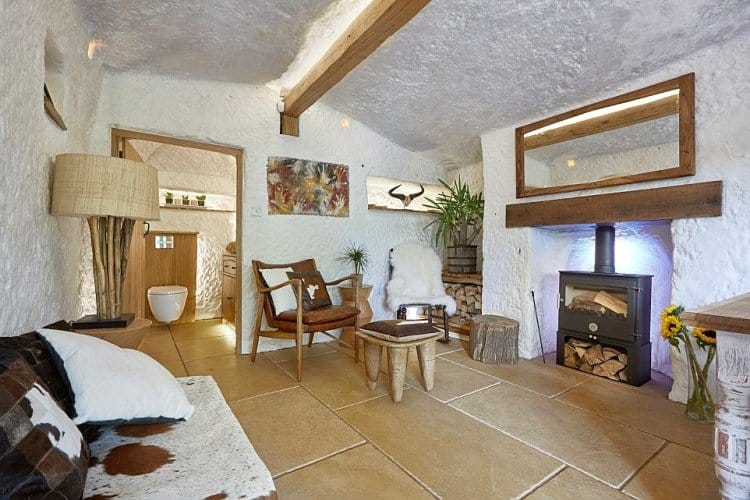 Sporting a roomy terrace, and comfortable rooms with white walls, it also boasts of a dining room, kitchen, and windows and doors with wooden frames. 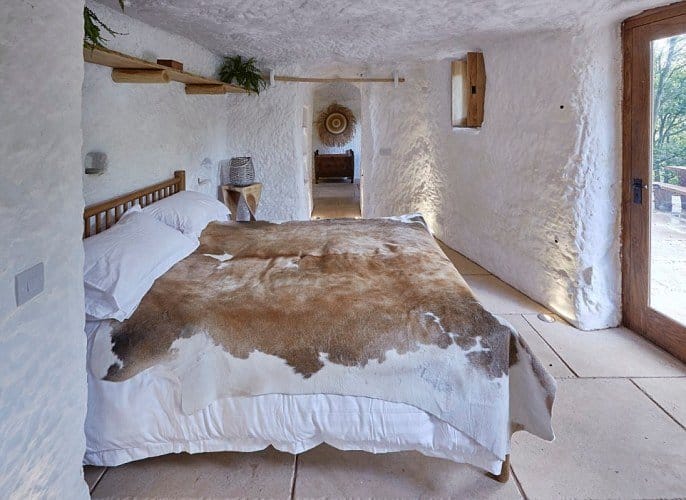 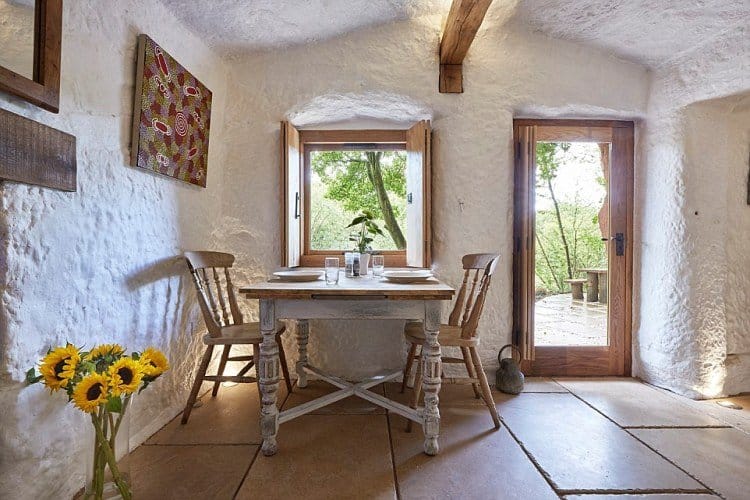 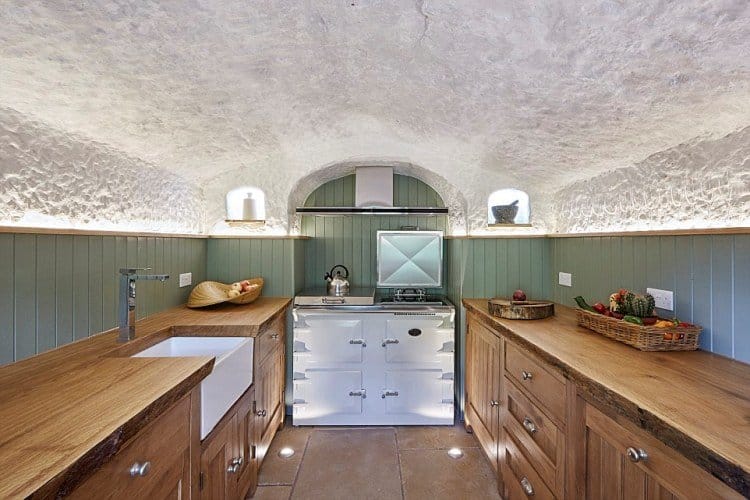 A corner of the luxurious bathroom 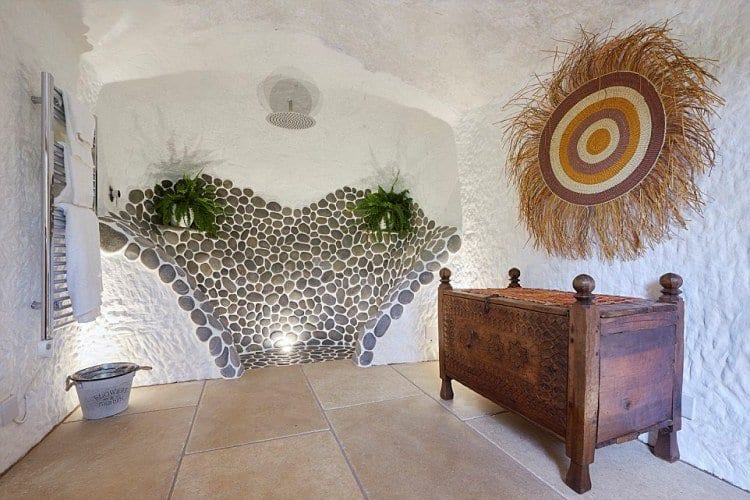 In his bid to get into a back-to-basics lifestyle away from the stress of his former life, Mastopietro was able to complete his luxury dwelling estimated to be worth $230,000. 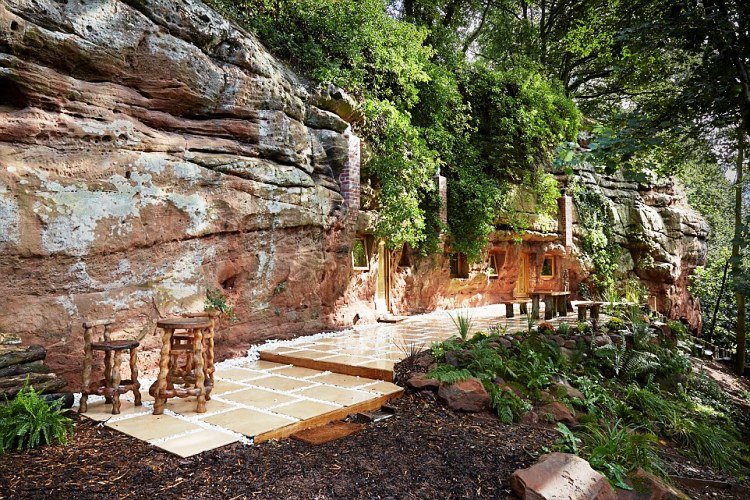 Mastopietro, now 38, has a better respect for his body and what it is capable of, now he is living in a cave in the middle of the forest: