Some men can be obsessed with going to the gym to get that sculpted body. However, for one man in Germany, his gym session turned into a disaster when he got his genitals stuck inside one of the equipment. Apparently, the man put his d**k inside the hole of those round weights, reports stated. And we’ll continue wondering what got into his head and why he did such a thing.

The man, assuming that he already felt embarrassed, realized that he could no longer get out of his predicament. That’s when firefighters in Worms, Germany were called to help out.

It took them about three hours just to break the weight and free the man. 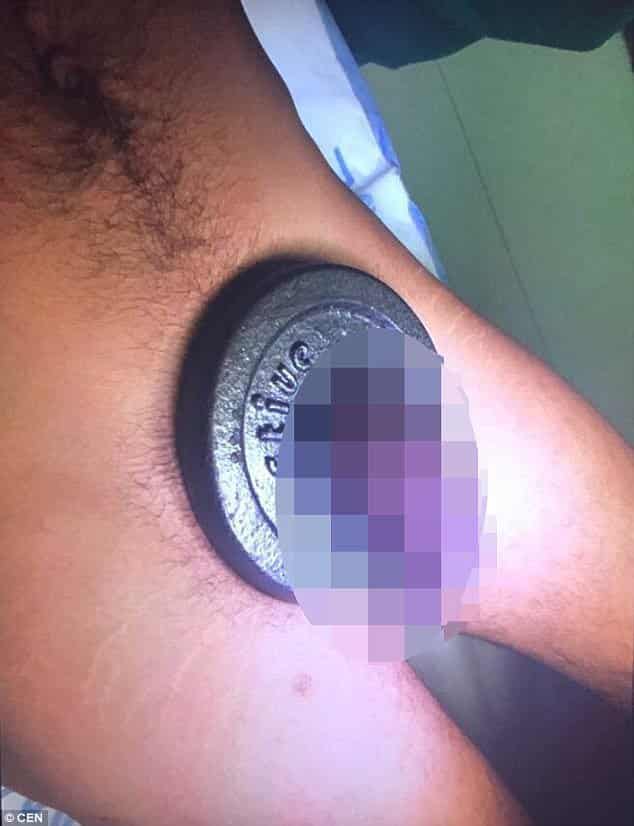 Firefighters later uploaded the photo of the weight that got sliced into bits to free the man’s penis. 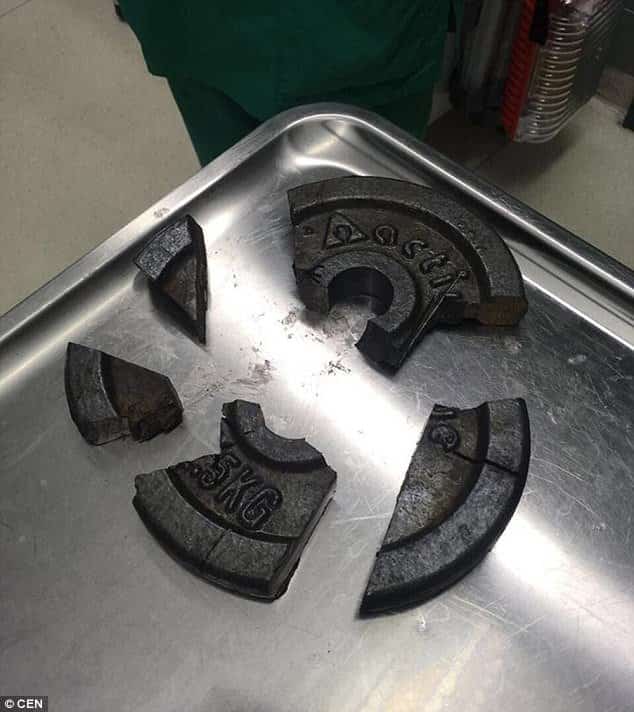 Feuerwehr Worms posted the photo on Facebook along with the news (translated):

“One person had a very sensitive part of the body trapped in the hole of a 2,5 kg-dumbbell disc. With the help of a cutting grinder, a vibrating saw and a hydraulic rescue device, the dumbbell weight could be removed after three hours.”

Imagine these tools trying to free the manhood. 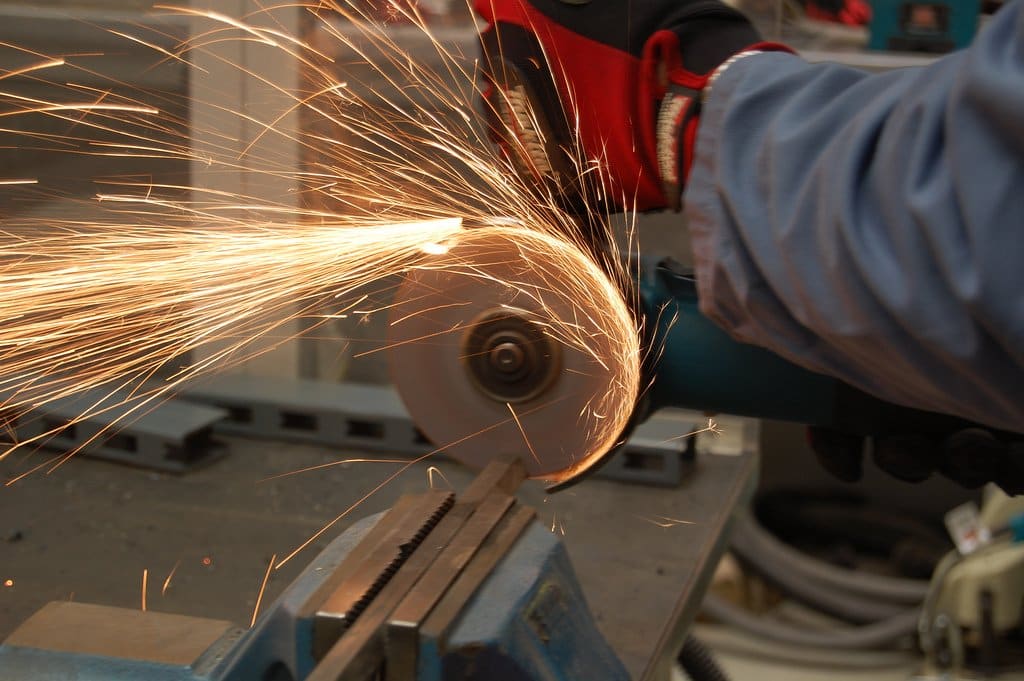 According to Metro, the gymgoer was initially taken to the hospital on Friday to have the weight plate removed. You can only imagine the embarrassment of being seen with your genitals stuck in 2.5kg metal. It was then decided that the man had to be sedated so firefighters can do the job.

The firefighting crew also gave out a reminder to everyone not to do what the man just did. “Please do not imitate such actions!” the Facebook post mentioned.

It remains unknown what happened to the man or how is actions affected his manhood. 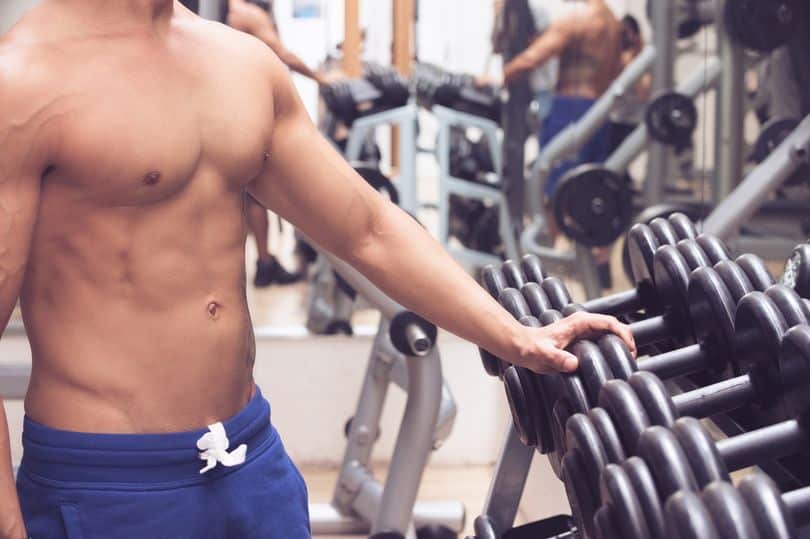 One thing’s certain – it was an embarrassing situation to be in indeed. We only hope he and his genitals will recover and he won’t stick it in the plate again.