With more and more unique proposals capturing the hearts of Internet users these days, ladies can’t help but expect their men to come up with a one-of-a-kind proposal.

Matthew Pica, a 25-year-old man from Monroe, North Carolina, wanted to give his 24-year-old girlfriend Kayla Harrity the proposal she deserves. So he brought his and Kayla’s family to South Port in North Carolina to witness his surprise seaside proposal to the love of his life.

Everything was going according to Matthew’s plan until the moment he was ready to unveil his intentions. But before Matthew can even say a word, the engagement ring slipped through the holes of the deck and went directly into the water.

Matthew accidentally dropped the engagement ring in the ocean mid-proposal. 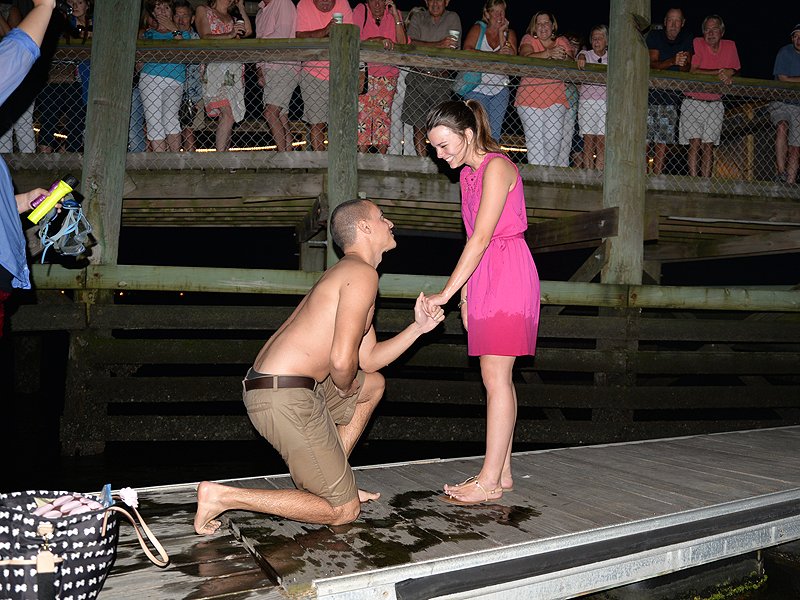 “As he opened the ring box, the ring fell out of the box and fell through the cracks on the deck and into the water. I didn’t even get to see it before it dropped,” Kayla recalled.

Everyone who witnessed what happened was horrified. Some spectators encouraged Matthew to look for the ring since the water wasn’t that deep.

Just like any knight-in-shining-armour, Matthew plunged into the ocean to search for the lost treasure. Luckily, several bystanders and members of both families joined the quest for the ring.

Good samaritans joined the search for the ring. 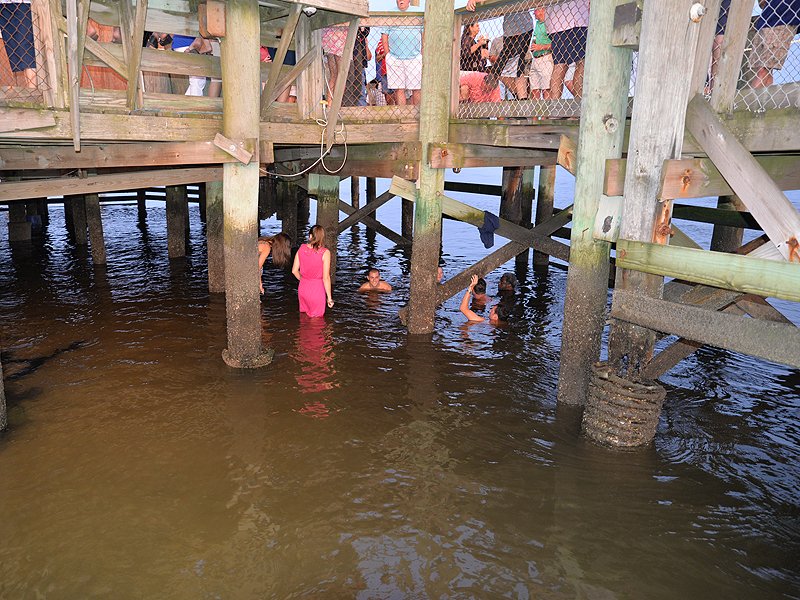 To make things worse,  Kayla’s sister joined the search but unfortunately ruined Matthew’s cellphone in the process. The cellphone is now unusable after Kayla’s sister used it as a flashlight underwater to locate the ring. Unfortunately, the gadget didn’t have a special protective case and she had no luck in finding the ring.

After over 1.5 hours of searching, 10 flashlights and five pairs of goggles, a bar patron named Kyle Busher finally found what they had all been looking for.

Of course, Matthew had to propose for the second time.

They finally got their happy ending. 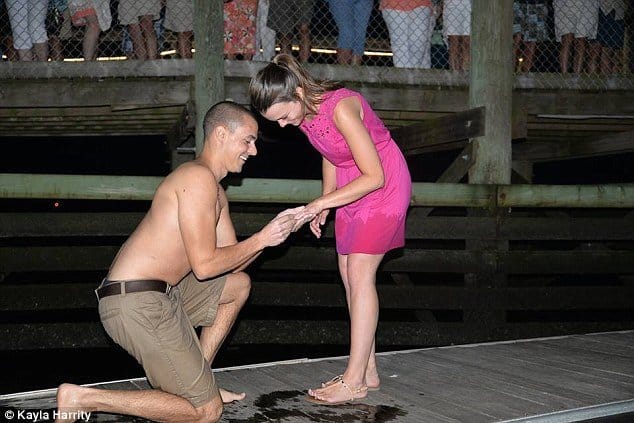 “It was the best feeling in the world. My fiancé, soaking wet, smelling like salty, fishing water, proceeded to get down on one knee and put the beautiful ring on my finger!” Kayla told Fox 46.

To thank the strangers who helped them, the couple paid for a round of shots at the bar.