Swedish adventurer and mountaineer Göran Kropp impressed the extreme sports crowd back in 1996, when he rode his bike 13,000 kilometers from Sweden to Nepal, climbed Mount Everest without any supplemental oxygen, and then biked home with his gear.

Kropp’s fascination with climbing mountains began in 1972, when he was just six years old. His father took him up to Norway’s Galdhøpiggen, which is the highest peak in Scandinavia at 2,469 meters or 8,100 feet above sea level.

After doing a brief stint in the military via the Swedish Parachute Rangers, Kropp set his sights on climbing the world’s most challenging peaks. Prior to his Everest journey, he conquered his first major peak, Lenin Peak (located on the border between Tajikistan and Kyrgyzstan) in 1988. He went on to climb Iliniza Sur, Cotopaxi, Illimani, Huayna Potosi, Illampu, Muztagh Tower, Pik Pobeda, and so on. 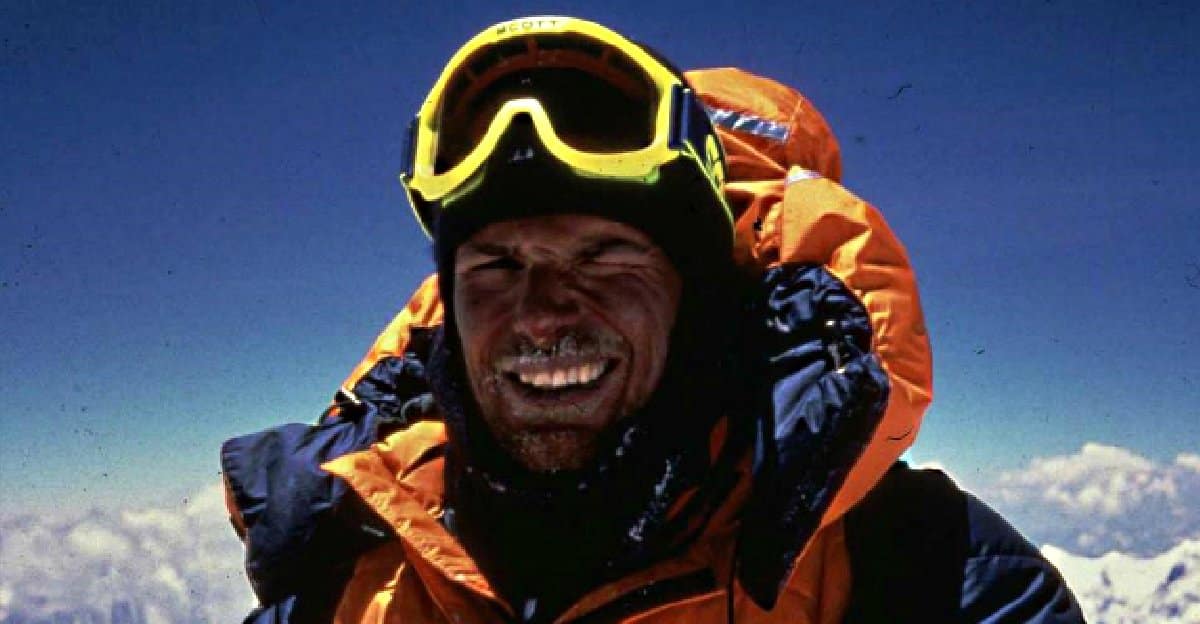 Then, of course, there was Mount Everest.

Though he made it seem effortless, Kropp’s impressive journey was actually extremely difficult. Kropp started his epic Mount Everest journey by leaving Stockholm on October 16, 1995 on board a specially-designed Crescent Ultima bicycle. He started off with 238 pounds of gear and food. He biked close to 13,000 kilometers and finally arrived at the Mount Everest Base Camp in April 1996.

Goran Kropp earned the nickname, "The Crazy Swede," for his daring exploits. 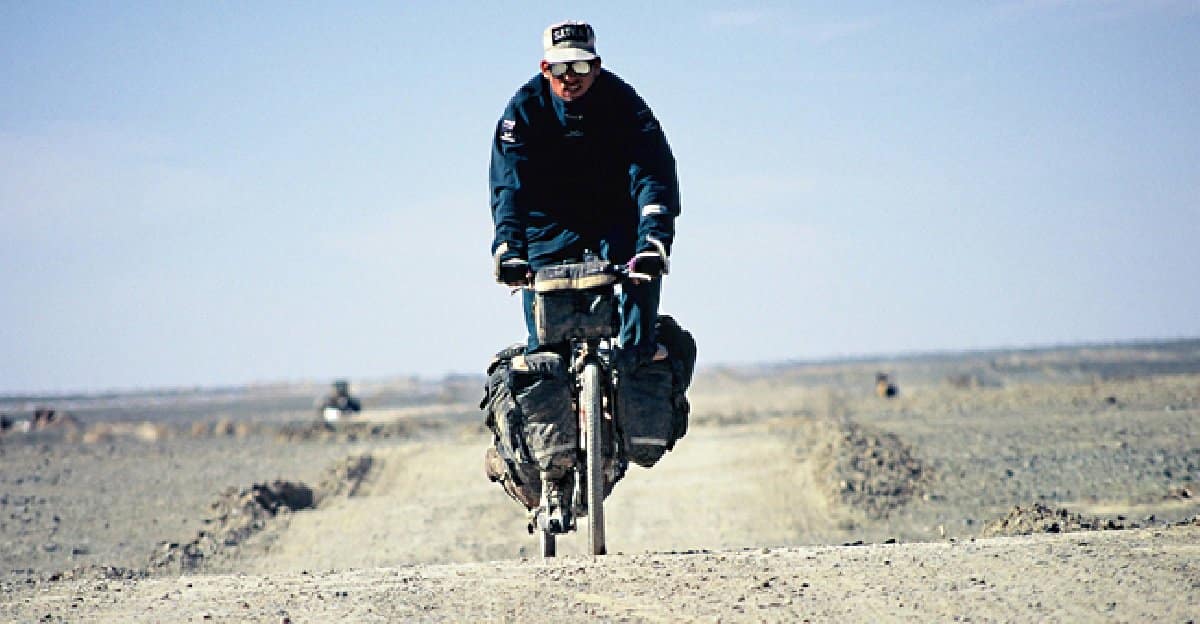 When Kropp arrived at the Everest Base Camp, it was also when eight climbers lost their lives during a blizzard. Kropp participated in the rescue and recovery activities, as well as the delivery of medical supply on that day. 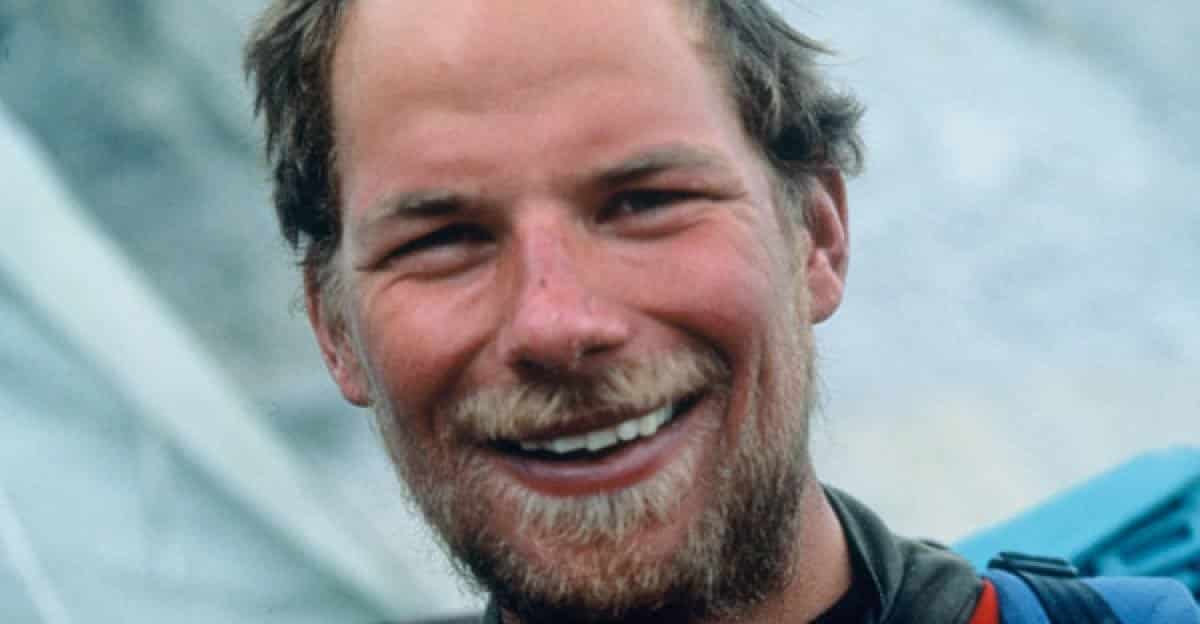 In a feature discussing Kropp’s experience, John Rothchild noted, “Before Kropp, more than 900 people had gone up the Mount Everest summit the easy way (sucking canned air) and a few had soloed the macho way (no canned air), but nobody had soloed the supermacho way (no canned air, no baggage tote from rent-a-yak, no caddying from Sherpas, no food from the well-stocked mess hall, no plane ride to Kathmandu). Kropp was up to the challenge.

He rode his bike to Everest (nearly 13,000 kilometers from Sweden), lugged his own gear to base camp, climbed the mountain solo without any supplemental oxygen, reached the summit, and then biked home.” Just to be clear: Kropp relied only on his own strength to carry his tent and supplies up the mountain.

He's biking through Pakistan on his way to Nepal here. 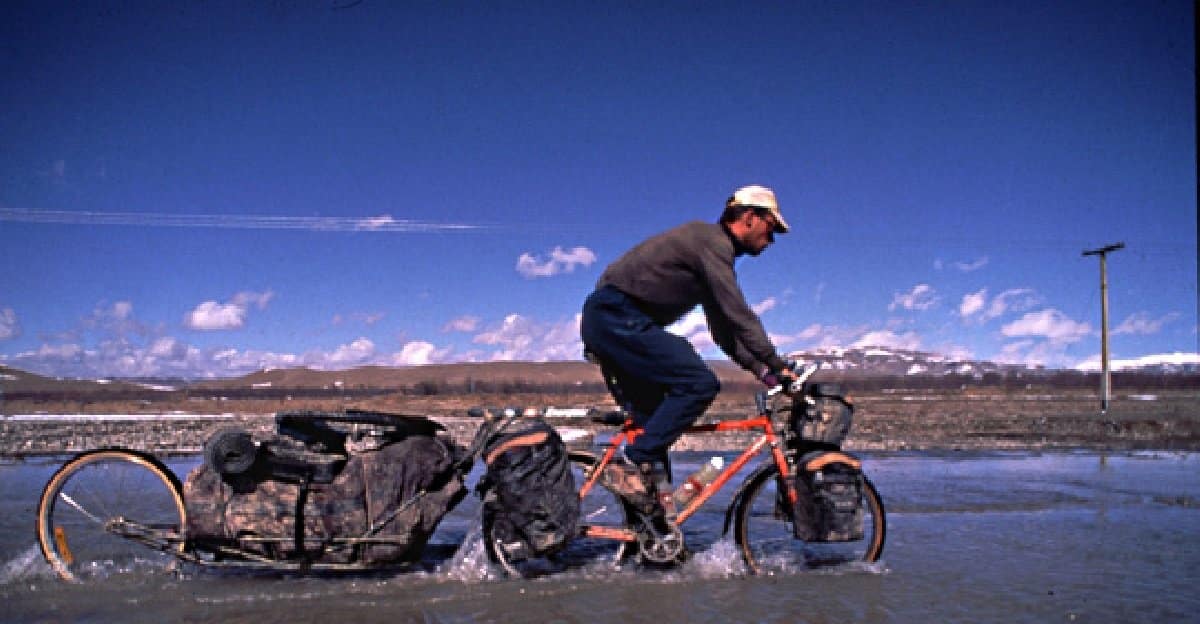 Rothchild pointed out that it would be hard to top Kropp’s achievement. He stated, “To outdo Kropp, you’d have to climb Everest backward.” When Kropp himself was asked why he did the grueling bike-climb-bike journey, he replied, “I wanted an adventure that was truly unprecedented.”

He strikes a happy pose in Turkey on his way to Nepal. 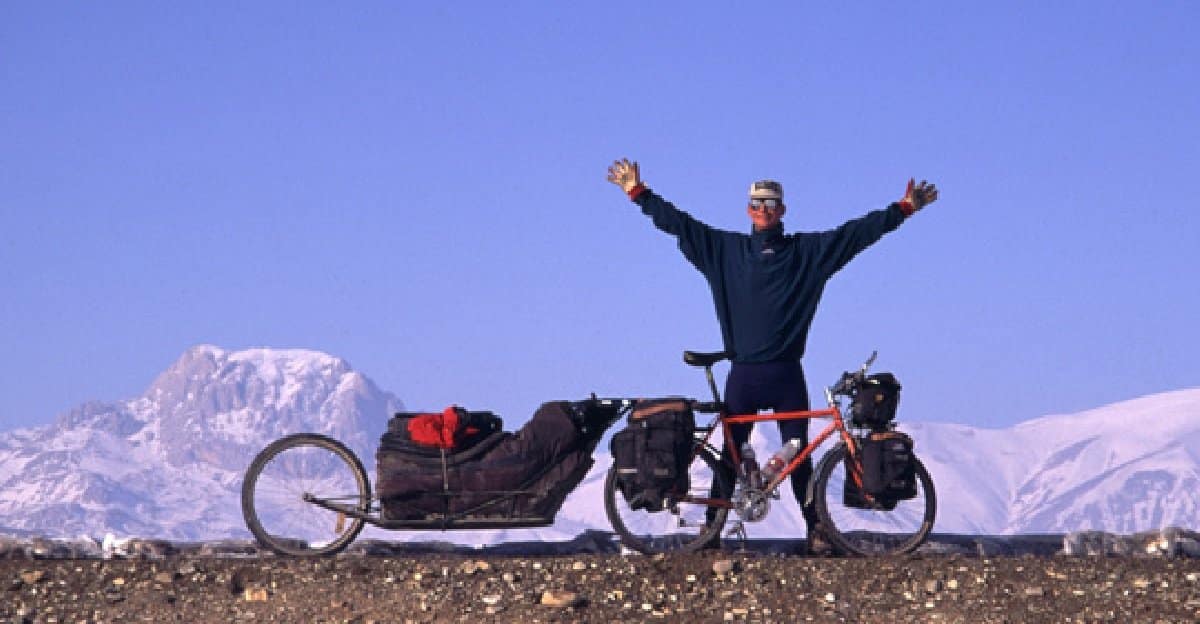 This is not to say that Kropp was some sort of “superhuman.” He wasn’t. He may have taken risks — but he didn’t have a death wish. Rothchild pointed out, “Kropp turned back 350 feet from the summit on the first try because it was too late in the day for him to get down safely. Kropp wasn’t as crazy as the guides who ignored the clock, lost their lives and imperiled their clients.”

That’s why the way Kropp died made everything even more tragic than it already was. 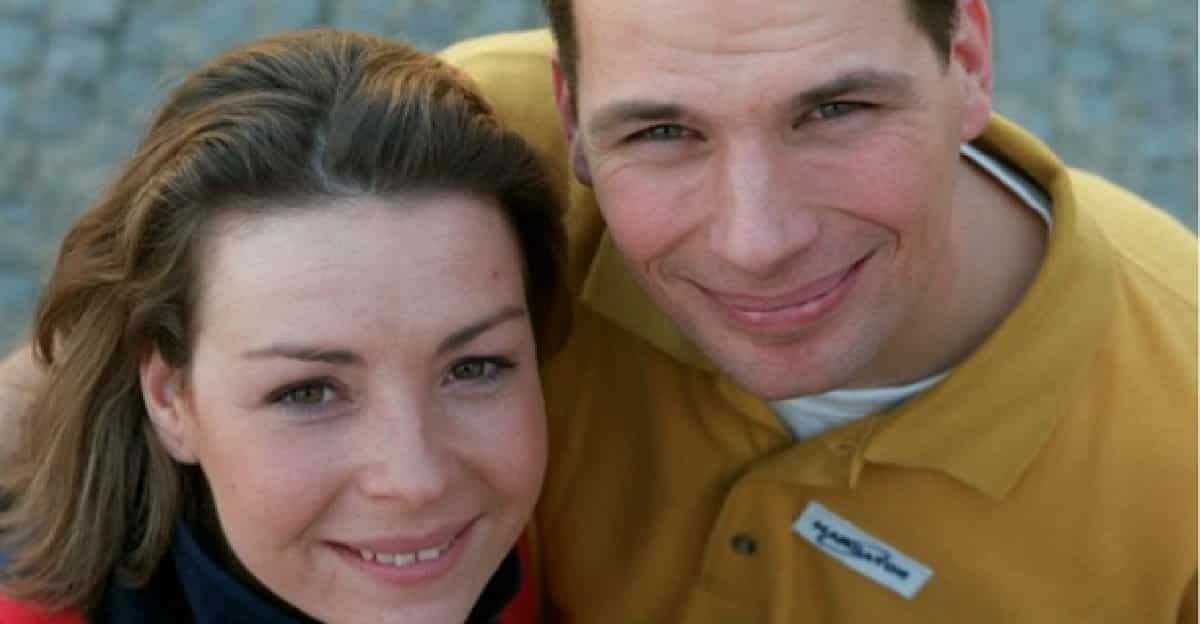 In 2002, Kropp relocated from Sweden to Seattle with his fiancée, Renata Chlumska, who has the distinction of being the first Swedish woman who reach the Mount Everest summit.

He went solo all the way to the Mount Everest summit. 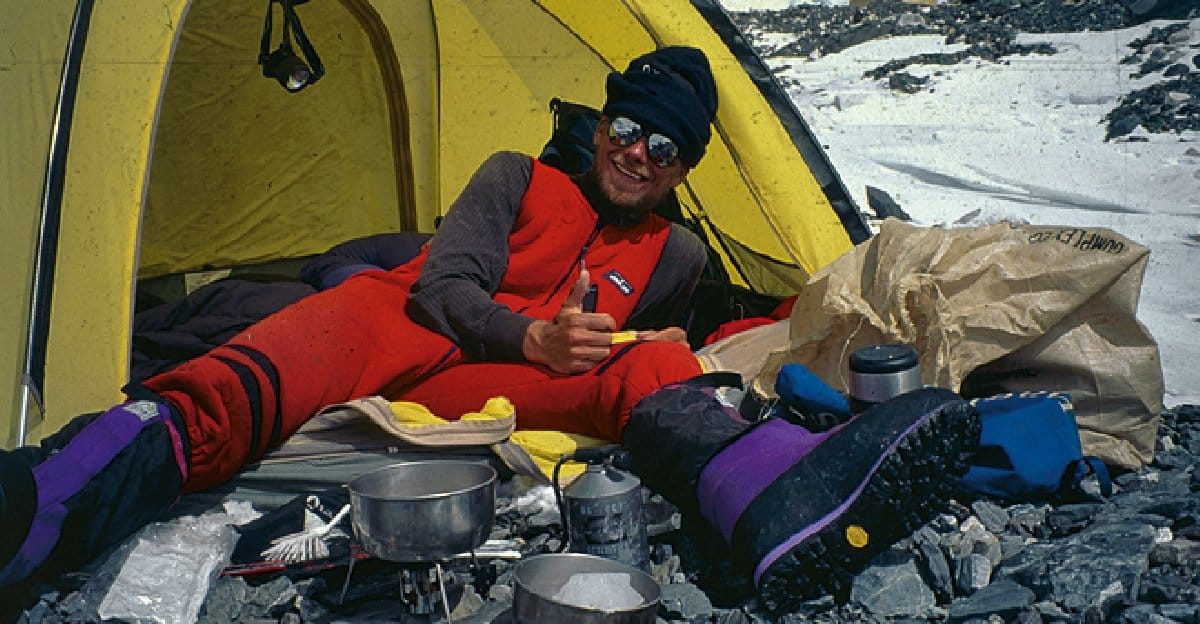 On September 30, 2002, Kropp died from a fall while rock climbing up the Air Guitar route near Frenchman Coulee in Vantage, Washington. Kropp had reached the exit point of the climb when his gear ripped out from the crack. He fell around 60 feet down and died on impact. He was just 35 years old. He would have done many more legendary feats. 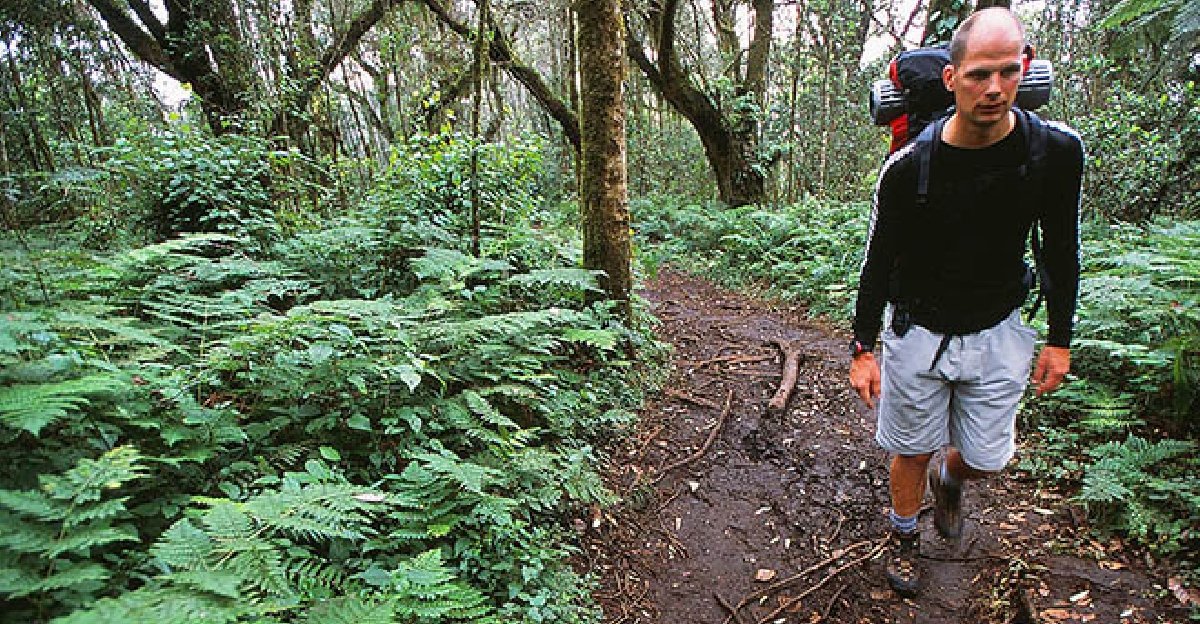 Then again, Kropp has already made his mark in the world anyway. The stories of his accomplishments will continue to entertain and inspire generations.