We all know how marriage proposals can be a very nerve-wracking experience. As a guy, you want to make it special and memorable as much as you possibly can. Besides, a proposal is a once-in-a-lifetime opportunity so you really need to prepare well for it so as not to mess it up.

If you do it right, it can be a sweet, tender moment you both will cherish for the rest of your days. Just like this “Prince Charming” dude who pulled off a fairy tale proposal to his “Cinderella” complete with a real glass slipper. The setting was in Disneyland, of course, so the proposal really turned out to be perfect and magical. I mean no girl can ever say no to that, right?

There are, however, some folks who are not as lucky when it comes to the proposal game. 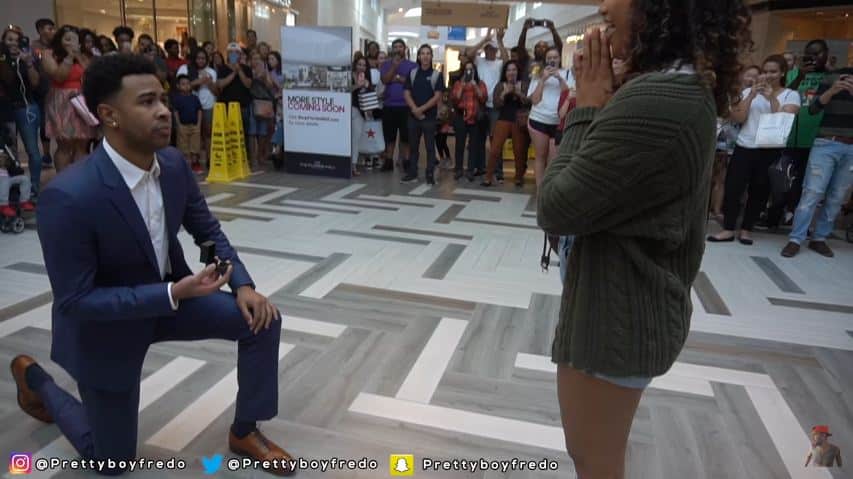 Like this dude who decided he’d pop the golden question in a public place – the mall.

As you will see on the video below, the man, dressed in blue suit and pants, made a public announcement to get everyone’s attention. The mall-goers eagerly listened as he told them that he’s waiting for his girlfriend and that he’d be making the proposal today.

Everyone stood closer and pulled out their phones to capture the moment. 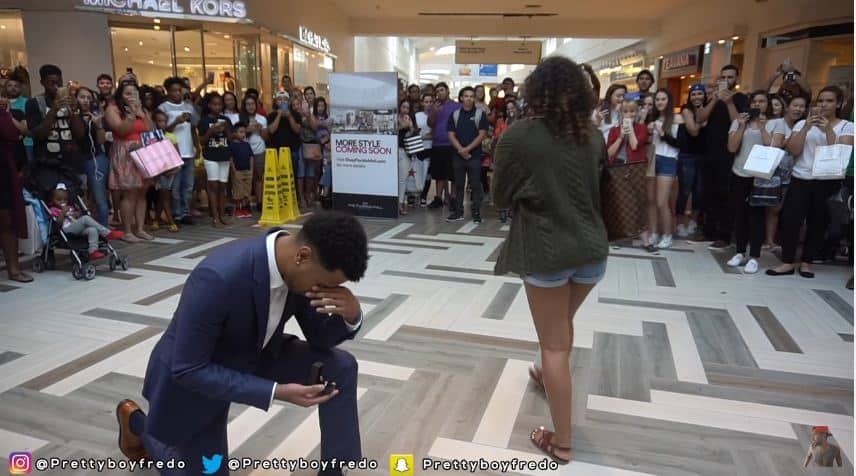 When the dude’s girlfriend later came, he told her this:

“Baby, you mean everything to me. These past four years have been the greatest years of my life. I’ve been waiting for this moment. I’m finally here and I’m happy. I’m ready to make you mine. I just have one question… Will you marry me?”

What eventually followed is as embarrassing as it is painful to watch.

To make matters worse, the crowd’s reaction is particularly disturbing. 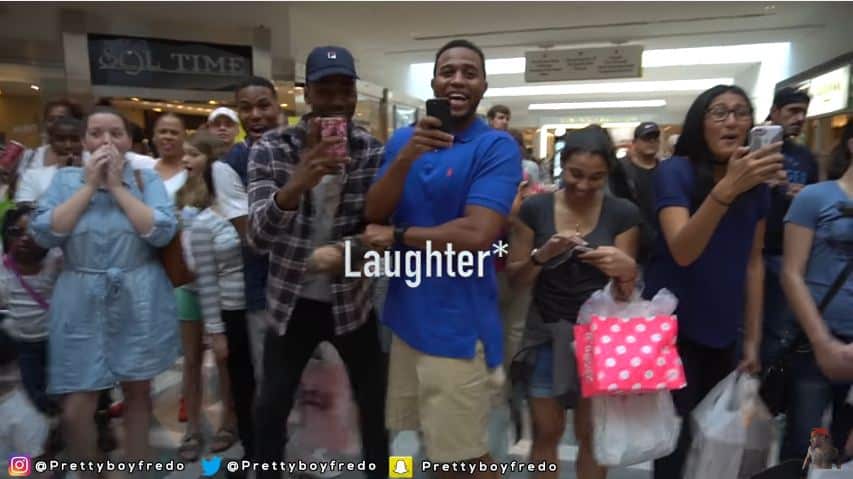 Apparently, it was all just a prank and it was done to “see what kind of reaction we would get from a crowd,” says Prettyboyfredo who uploaded the video on YouTube.

He wrote, “there were a lot of people laughing & not many people helpful of someone who had gotten rejected.” 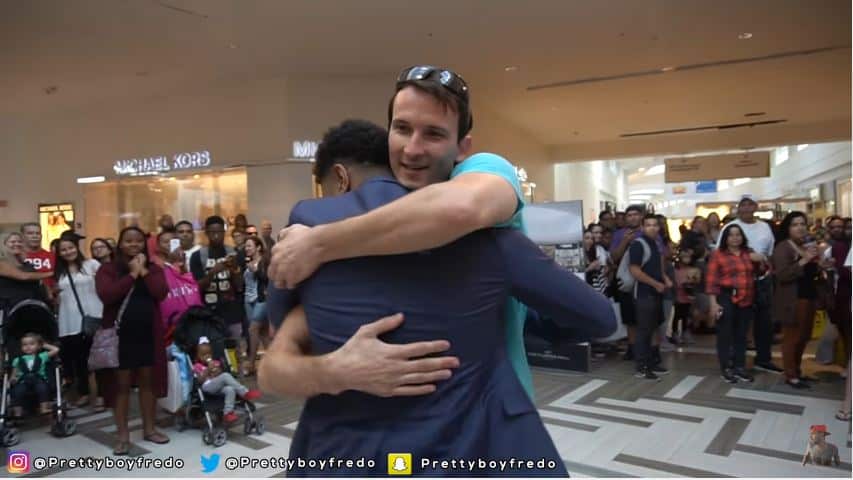 “We encourage all… to help someone when they have fallen down . Rather than kick them while their already down,” the YouTuber added.

Well what do you think of the crowd’s reaction, folks? Hit us up with your comments below!