We all grew up seeing Santa Claus as that generous toy giver. As it turns out, however, he’s much more than that – the big guy also has a big heart and is willing to go the extra mile when necessary.

Take it from this young deaf girl who learned for herself how much Santa cared enough that he gave her the most awesome gift ever – the gift of communicating with her using her language – which is sign language. Now we’re pretty much convinced Santa does know how to connect with children across the globe regardless of their language! 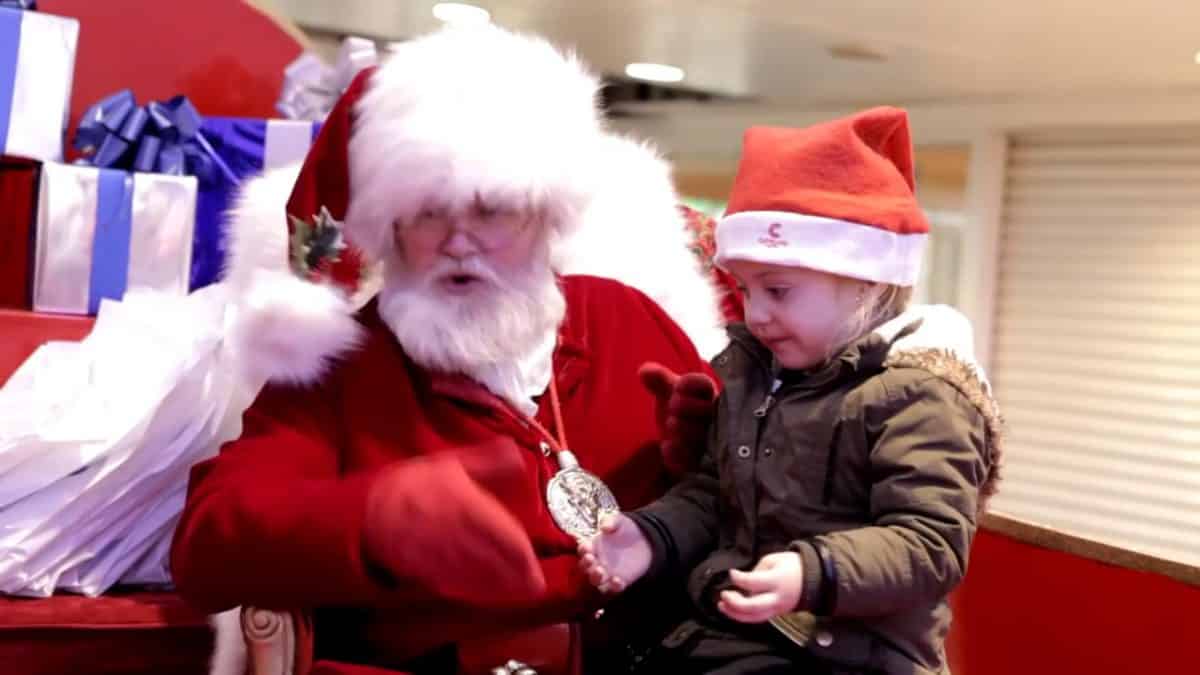 Taken at the Cleveland Shopping Center, the video below shows us a mall Santa with the little girl sitting on his lap. Her mom apologized saying the youngster had a hard time talking and so he asked if she can sign. Later on, we see the most heartwarming thing as her face lit up when Santa began communicating with her via sign language.

“It was incredible. As soon as it happened, the whole area just went silent. Everyone was just spellbound by it. People were crying in the crowd. Members of our security staff were almost crying. It was just an amazing moment.”

According to Skillen, ‘Santa’ has been working for them for years and part of the reason he got the job is because he’s really good with kids from all backgrounds.

“He works through the week at a school for children with special needs, so he learned the sign language via that. It was one of the things that really appealed to us. Obviously, he’s a great Santa anyway, but when he said that, that he was able to communicate and handle any kind of disability, we were really keen to get him in.”

The video has since touched the hearts of many and some netizens couldn’t help but praise Santa – and also emphasize the importance of learning sign language.

“Call it what you want but that made the little girl’s Christmas she will never forget. She met the REAL Santa!”

“I’m teaching my son sign language- my parents don’t know why as we don’t know anyone who is deaf … I’m sure one day he’ll thank me.”