Qasr al-Farid, or popularly known as ‘Lonely Castle’ is an unfinished ancient tomb found in a barren desert in the northern part of Saudi Arabia. This four-storey structure was half-carved from a single rock and now stands in an arid plain.

The construction began during the rule of the Nabateans, which dates back in the first century A.D. It is one of the 131 monumental tombs in the area, which is near Hegra (pre-islamic location Mada’in Saleh) and approximately 1,400 kilometers from the north capital of Riyadh.

Although it was never completed, the stunningly intricate details of the tomb made Qasr al-Farid the most symbolic structure of Mada’in Saleh. It has also withstand the test of time due to the climate. The ‘Lonely Castle’ at present enables us to take a peek in to how the Nabateans created their buildings from the top to the bottom. Qasr al-Farid and its surrounding structures have received lots of attention when UNESCO made Mada’in Saleh a site of patrimony. Mada’in Saleh was proclaimed Saudi Arabia’s first World Heritage Site in 2008.

Qasr al-Farid is one of 131 monumental tombs carved in the area a thousand years ago. 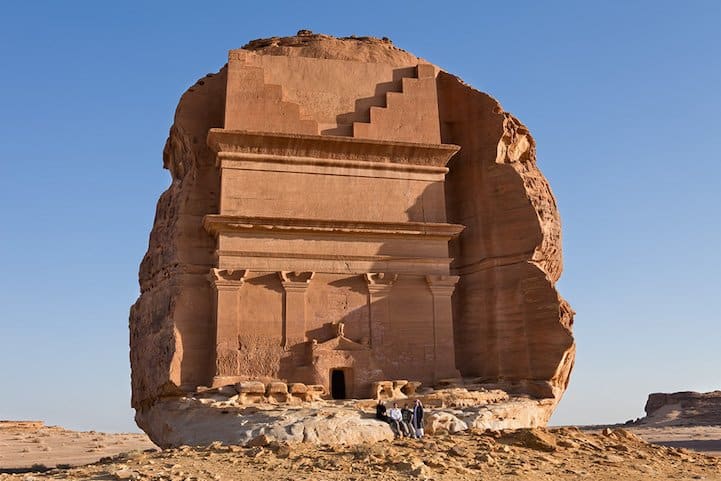 The “Lonely Castle” isn’t actually a castle, though; it’s a tomb. 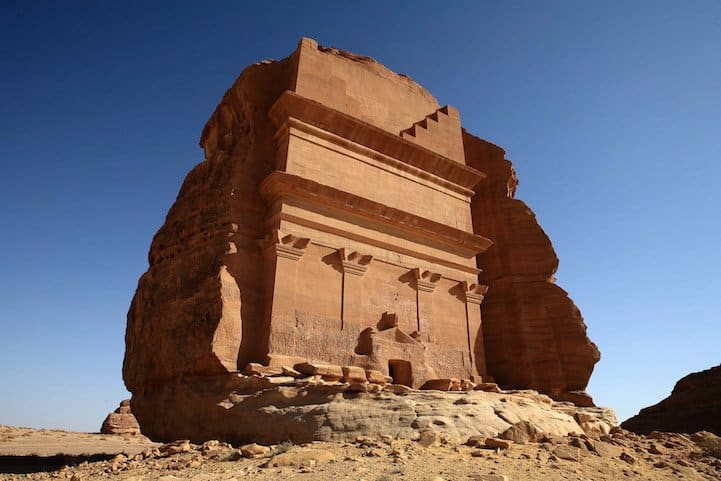 The unfinished structure, gives us a glimpse on how the Nabataeans constructed their massive stone buildings. 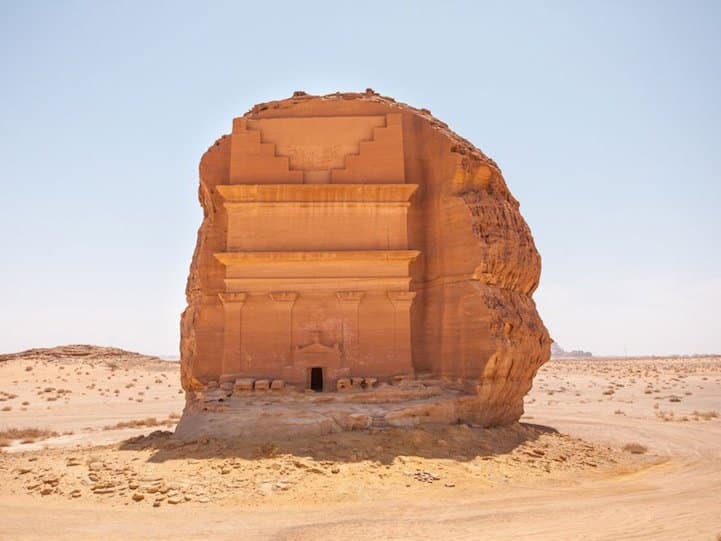 They liked to use single pieces of sandstone, and carved from the top down. 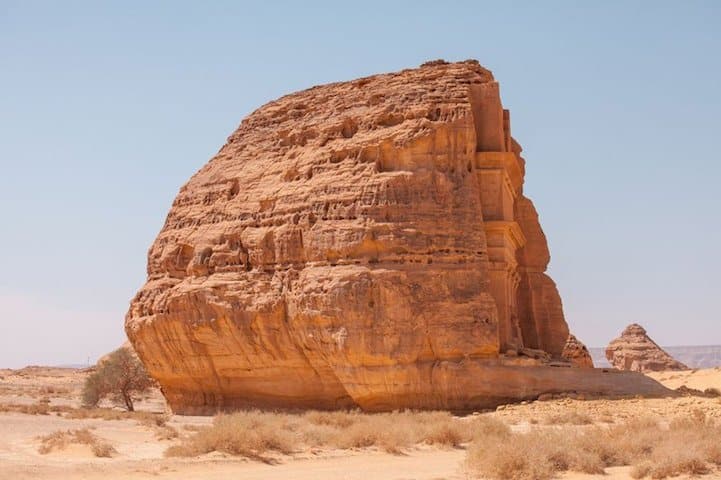 The size of the tomb indicated the person’s social status. 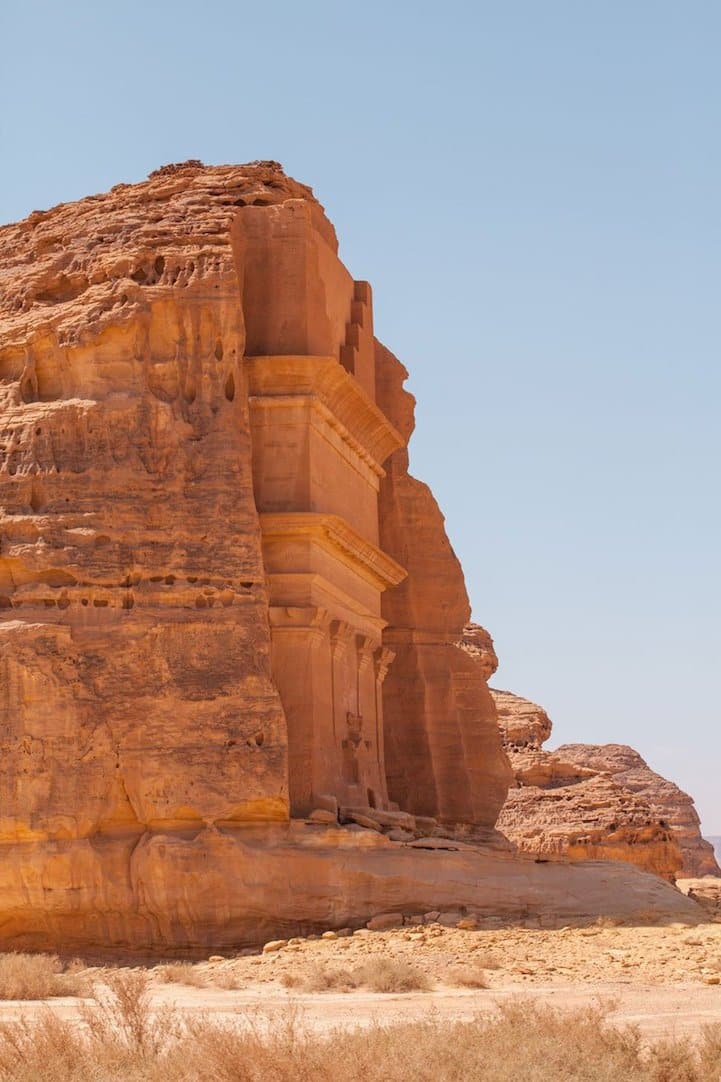 Qasr al-Farid is the largest of the 131 tombs in the area. 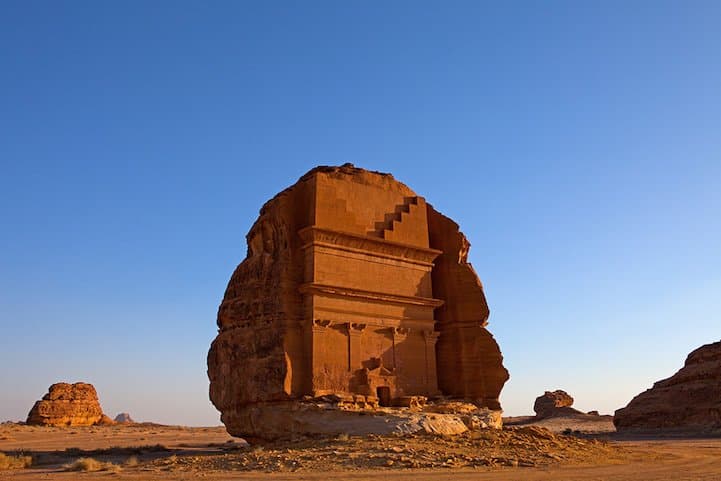 Despite having faced the elements for 1,900 years, Qasr al-Farid is still in very good condition. 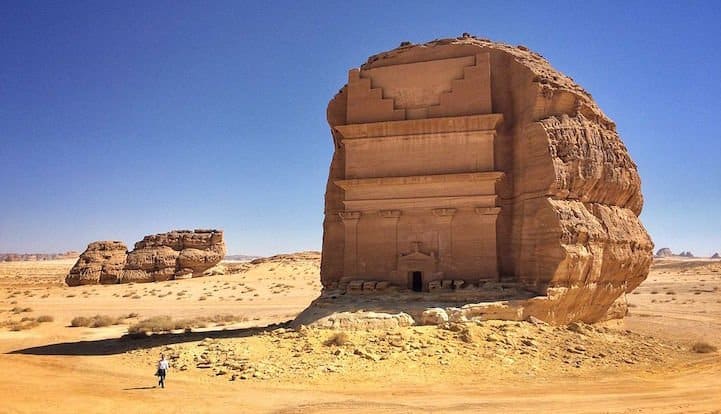 What do you think of this beautiful building? Let us know in the comment box below and don’t forget to share this post to your family and friends!