I can’t believe that “The Star Spangled Banner” would play in like an earworm in my head. That’s how great 11-year old Lexi Walker’s voice is. This pretty, little 7th grader from Cottonwood Heights, Utah sang the National Anthem at the Real Salt Lake Soccer game like she was auditioning for American Idol or The Voice. Her angelic voice matched her looks, but her rendition is so powerful and dynamic that she already sounded like a pro! The crowd cheered in awe of her vocal prowess, which also ignited the crowd’s passion and excitement for the game.

An angelic face with an angelic voice

Before her performance, Lexi’s dad teased her into a wager. Her dad bet that she won’t be able to hit the highest note in the anthem. Guess what? Lexi won. And not only that, this little girl even raised the note like an octave higher! It’s amazing to see Lexi and hear her sing because despite the range of the song, she sang it effortlessly. Her electrifying voice paved the way for her next stints and TV guestings. She was invited to sing the National Anthem again, but this time at the NFL and NBA games. She also appeared at America’s Got Talent, The Queen Latifah show, and Good Morning America. Her cover of the song “Let It Go” has received almost 55 million hits on YouTube.

Lexi at the Queen Latifah Show 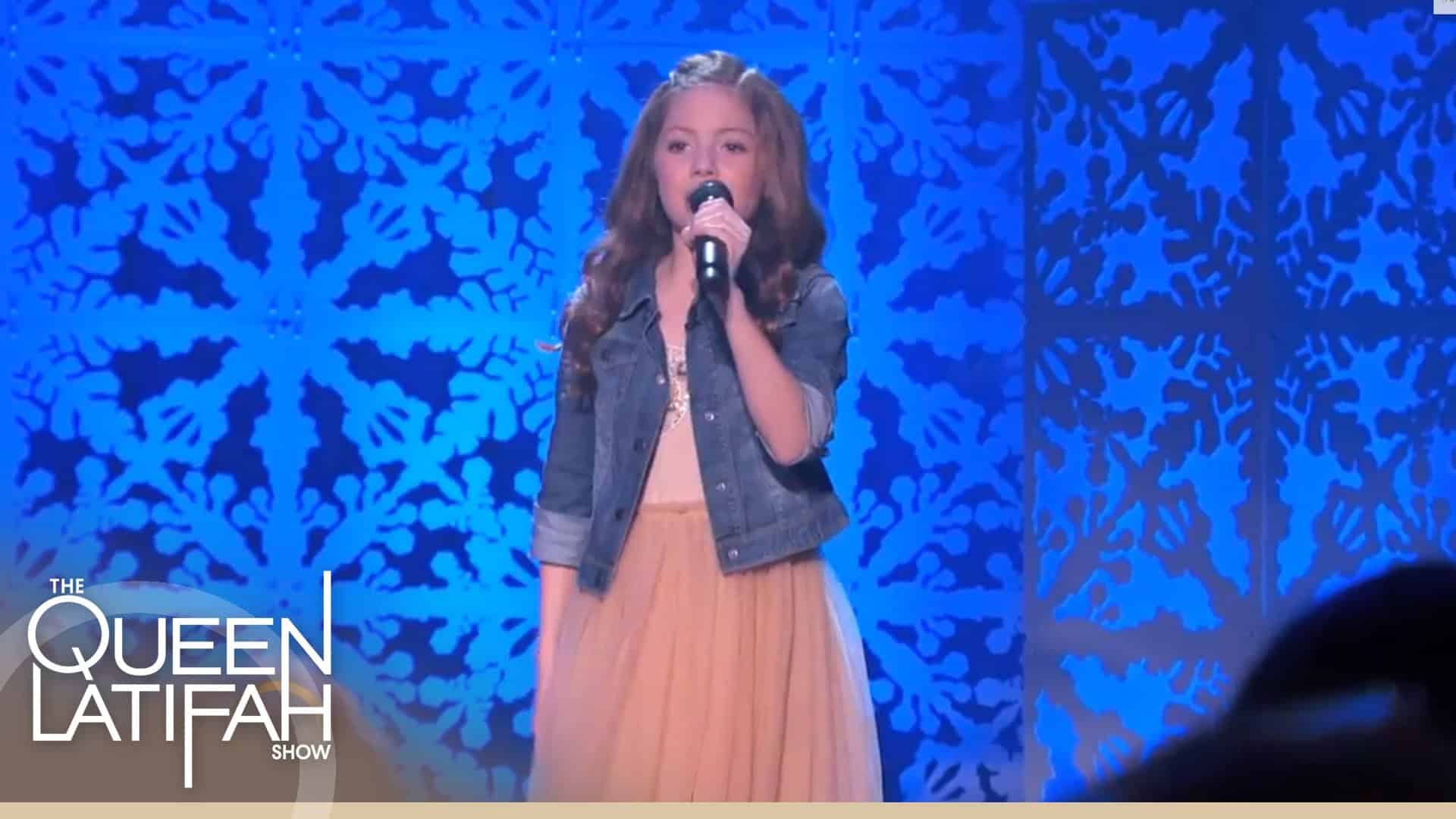 With Lexi Walker’s talent, she surely has a bright future in the music industry.