Whenever there is a new discovery, people tend to feel excited about it and immediately create a buzz once known. That is what happened in Mallig, Isabela, Philippines. When a local resident found a legged snake, it became an instant hit in the town. People rushed to the place where the odd snake was found to see if the rumor is really true. The shocking report was aired on the morning news program of ABS-CBN.

According to Noberto Gambol Jr., the man who found the snake, he thought at first that it was just a rope but to his surprised it moved when he tried to pick it up. The terrified Norberto killed the snake as it crawled inside the box.

“Tatapon na sana namin pero napansin namin may paa kaya po namangha po kami,” He said, when he was about to throw it, he realized that the snake has legs. 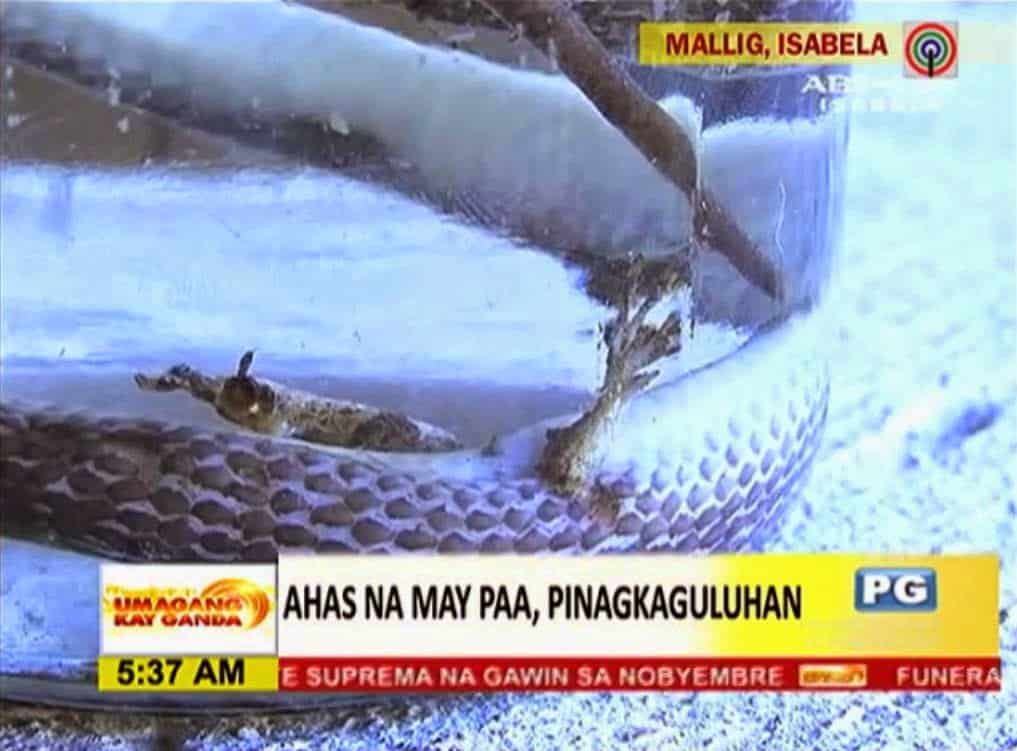 Locals at the area gave different reactions and opinions. Some even made a joke about it that it’s probably a relative of the Dragon which is engraved at Noberto’s door. Others became superstitious about it as they felt that it would bring luck. On another hand, an old man connected the new discovery to a horrible event that might occur. Meanwhile, forestry expert asserted that such rare reptile was the result of a genetic mutation.

The Gambol family decided to keep and preserve the snake for others to see it.