Most car owners would think twice before driving through flooded streets. I mean, why would you risk your engine and your interiors, right? Unless you own a really tough and elevated SUV, you would rather find another route to pass through and avoid the floodwaters entirely. Now this Lamborghini Gallardo owner probably doesn’t think like a regular driver. Because… 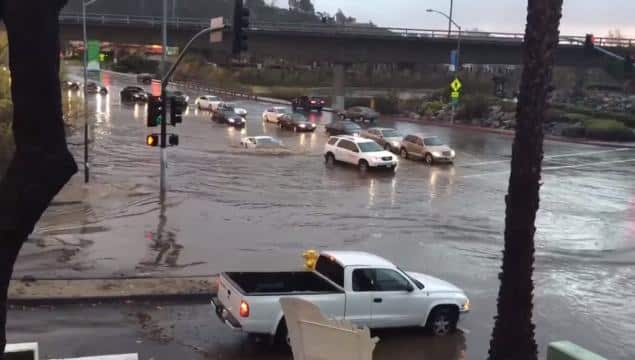 The driver actually braved a flooded San Diego intersection and drove through it like the car isn’t worth $220,000. The other vehicles lined up on the other unflooded lanes, but not this defiant Lambo driver. He/she waded through the waters as if the car was a submarine.

Well, the car looks unscathed, at least from the outside. God knows that happened to the inside of the car. But if I were the driver, man, I wouldn’t risk it. No freaking way.