Sometimes showing off can lead to disaster. One driver learned it the hard way when he revved his Lamborghini Aventador while in traffic. The fancy sports car quickly caught fire, forcing the owner to flee and watch as the expensive vehicle went up in flames.

The video was taken on the streets of Dubai where a motorist encountered the reckless Lamborghini driver. The motorist decided to follow the car and take a video of the other driver’s antics. Not surprisingly, the Aventador driver was eager to show off when they were all caught in traffic.

This driver will show you why it’s not a good idea to make your engine roar while your car is idle. 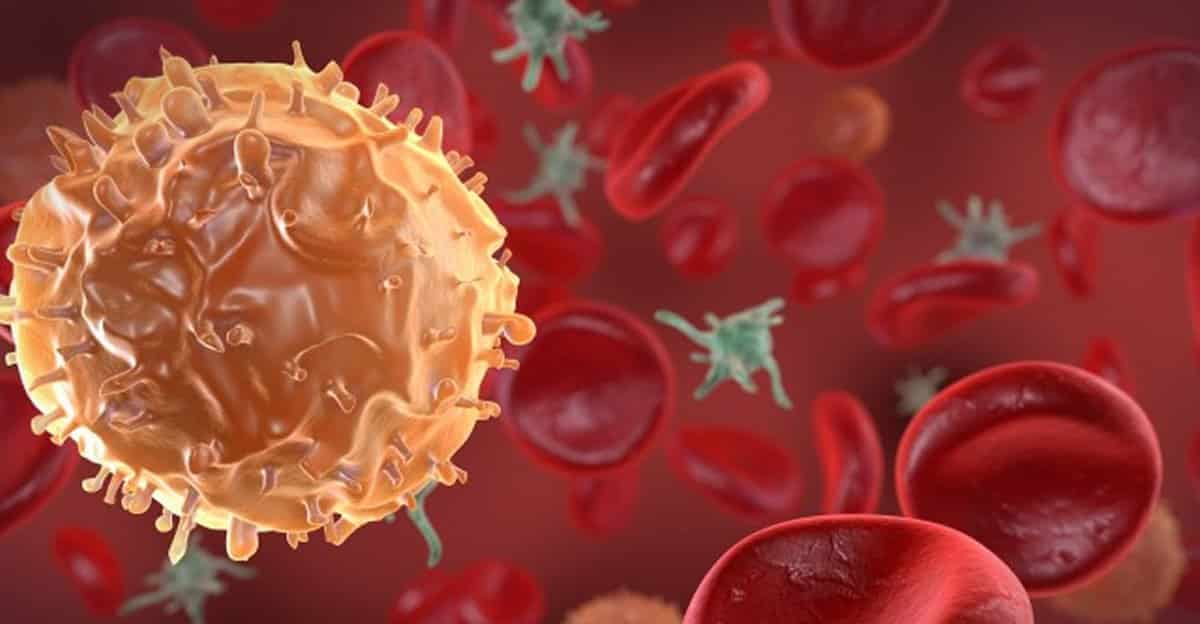 The motorist recorded the moment that the car’s exhaust caught fire due to the constant revving. He tried to catch the driver’s attention by shouting “fire” but the show-off may have thought he was being encouraged to make his car roar even louder.

The fire clearly came from the vehicle’s exhaust. 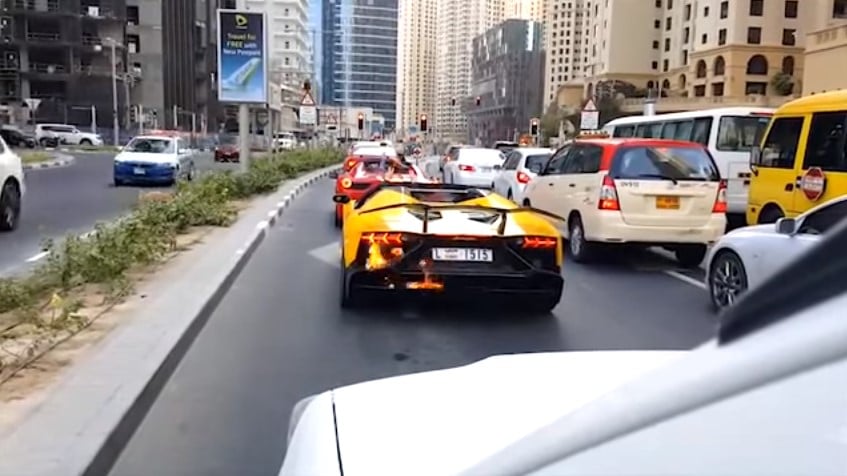 The flames trickled up to the lights but the driver was completely unaware of what was happening. 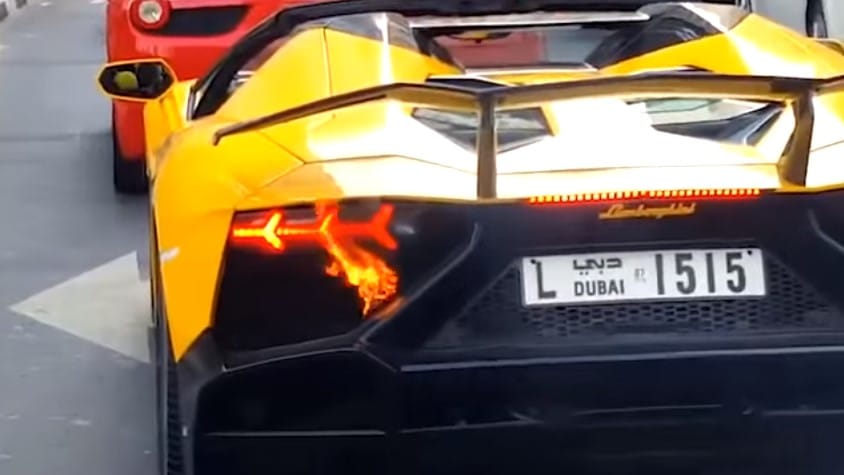 The motorist kept following the Lamborghini in an effort to catch the driver’s attention. Unfortunately, he was ignored as the driver kept driving away from him. Needless to say, it all ended when the Aventador was finally engulfed in flames in the middle of the street.

When karma catches up to you no matter how fast you try to drive. 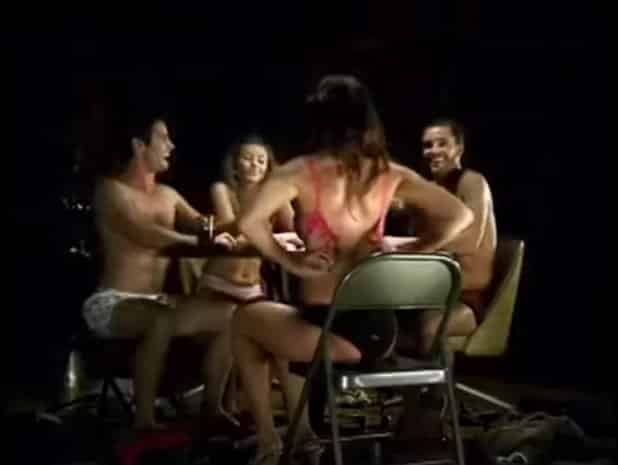 Luckily, the driver managed to escape his car. Although he was clearly relieved to still be alive, he was also stricken with the sight of his expensive vehicle being eaten by the flames. The driver ended up crying on the side of the road as he watched the fire destroy the Aventador.

The Aventador is known for going up in flames when not handled with care. 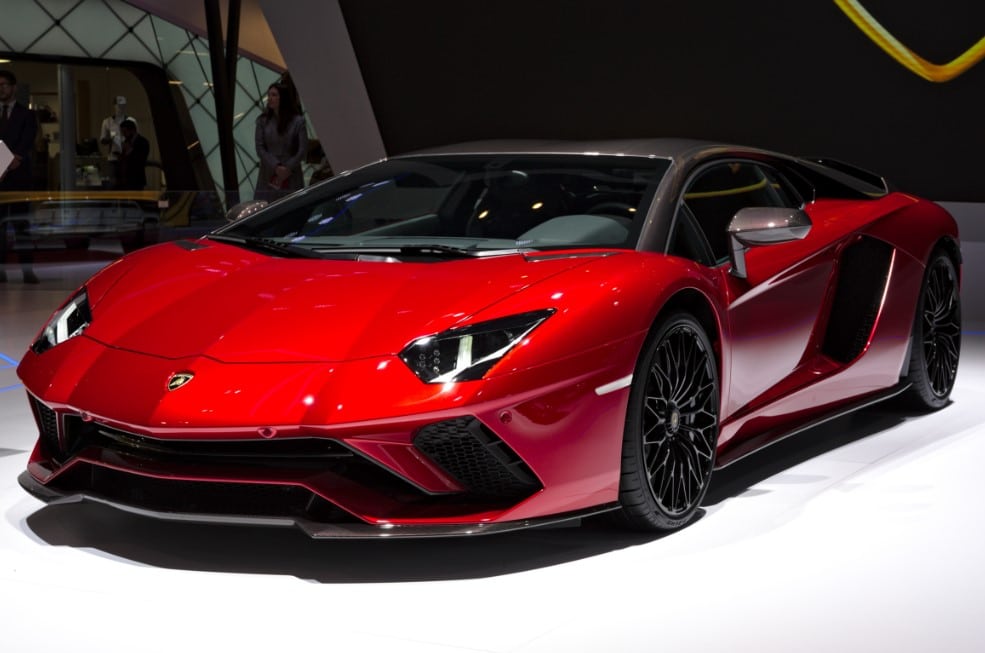 Revving your engine while the car is idle is already dangerous. However, the driver made things even worse by doing it to a car that is already notorious for catching fire. Lamborghinis have been reportedly prone to fires when the vehicle is revved without allowing it to move forward. Unfortunately for this driver, he had to learn it the hard and very expensive way.