With kotatsu, an incredible Japanese invention, you’ll never want to leave your bed ever again.

A traditional Japanese table that consists of a blanket placed between a table top and low table-frame and a heat source located beneath the blanket, kotatsu is used by locals as a heating source during cold winters.

Since most homes in Japan have little insulation and rooms are heated separately , Japanese people have long depended on kotatsu as their centralized heat source.

It is believed that kotatsu originated from a cooking hearth or Japanese irori, an invention from the 14th century. This evolved into a hori-gotatsu which is an irori dug into the ground by the 17th century. Today, movable modern kotatsu are now called oki-gotatsu.

Traditionally, families gather around kotatsu to have conversations… 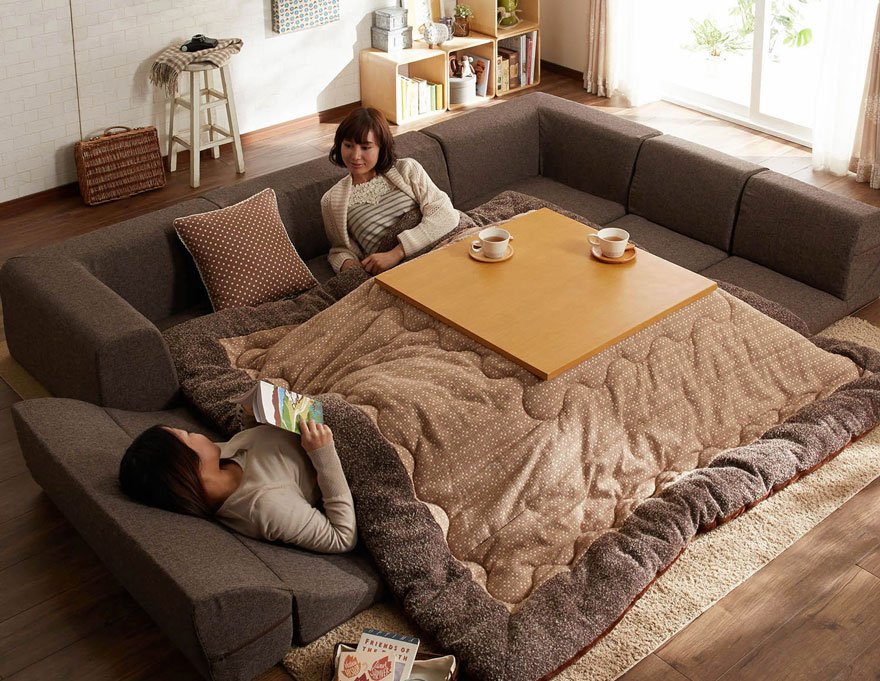 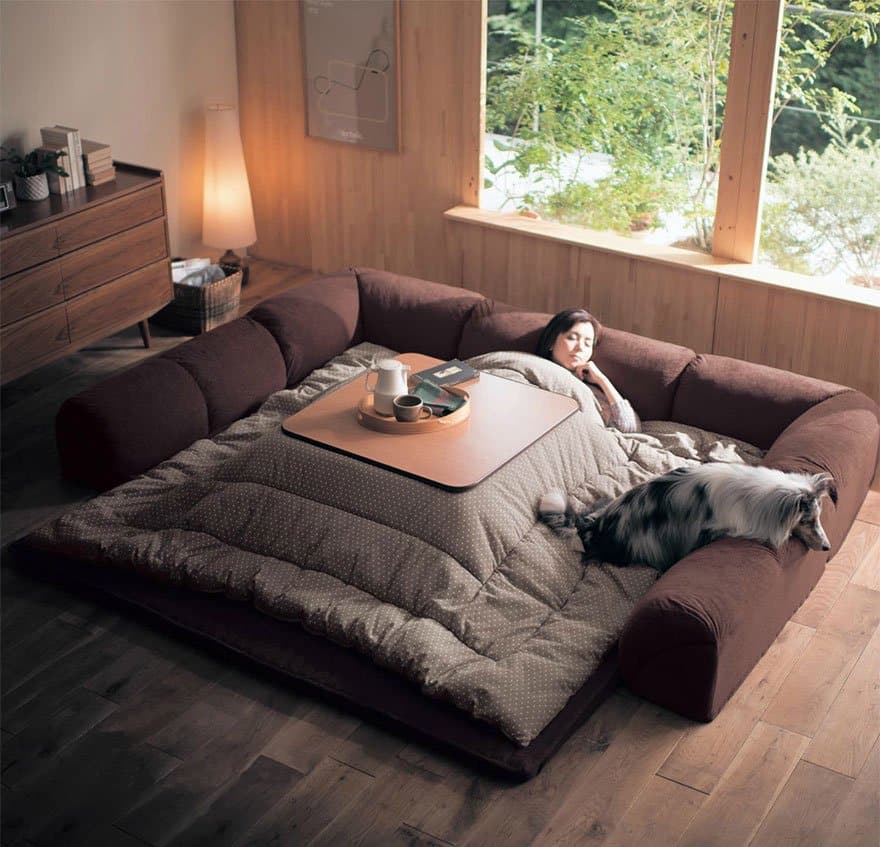 "It's always warm under the table, so everyone gathers around to cook nabe (hot pot) on a portable stove… 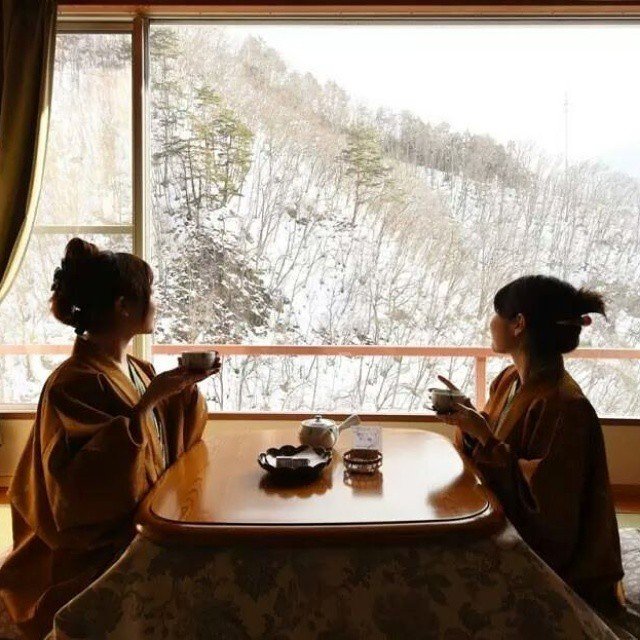 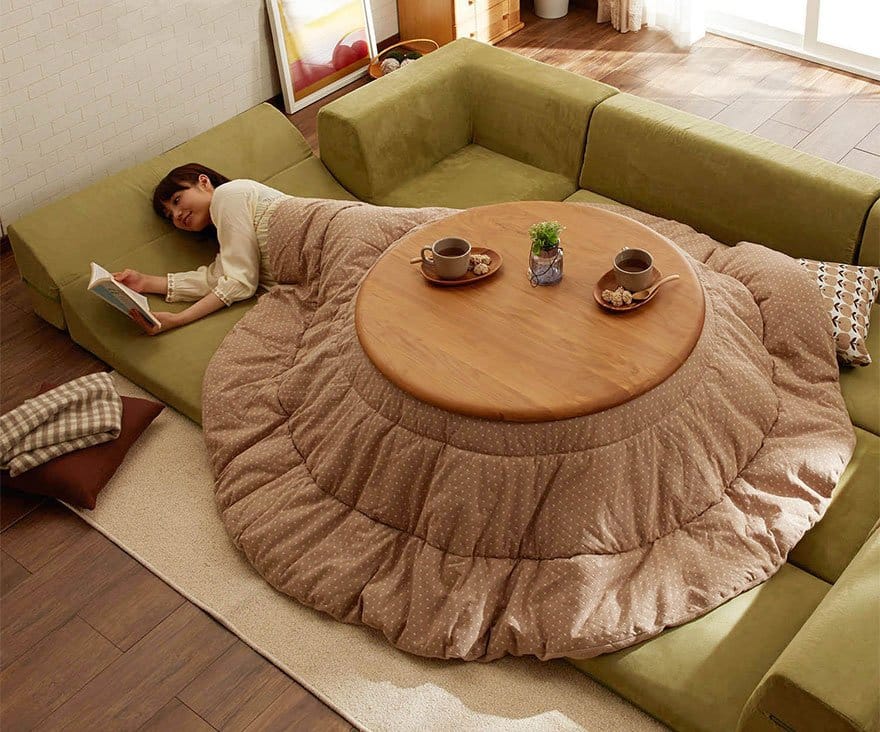 This graph shows the construction of a modern (above right) and an old (below right) kotatsu.

Although you can purchase your own kotatsu starting from $125, you also have the option to DIY it. 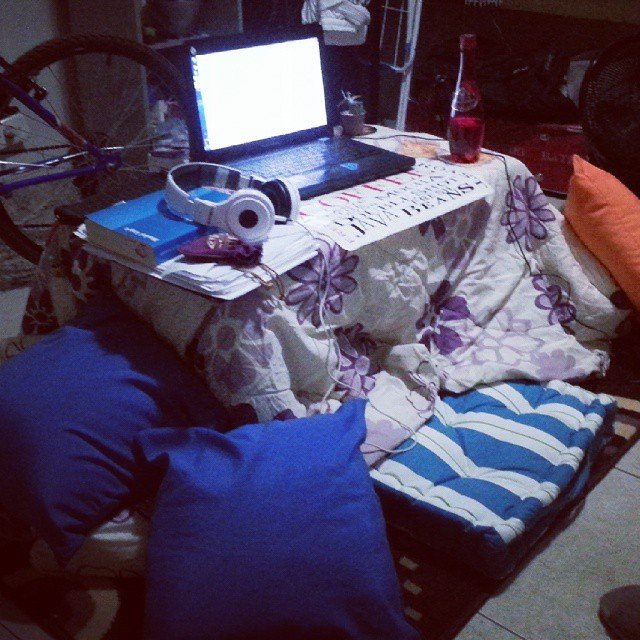 The cold will never bother you anymore with this incredible heat source. 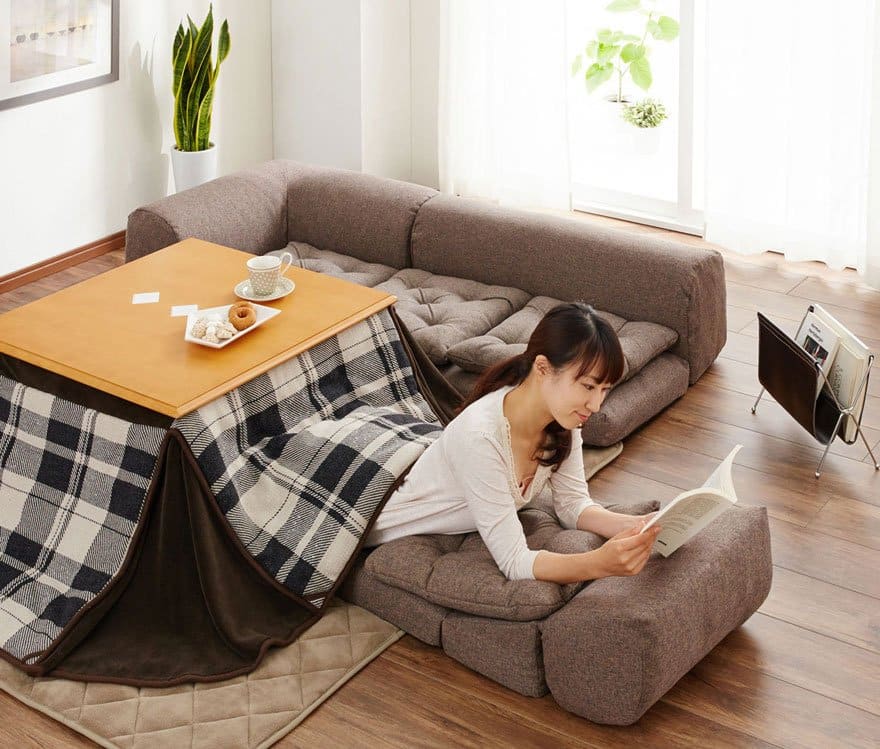 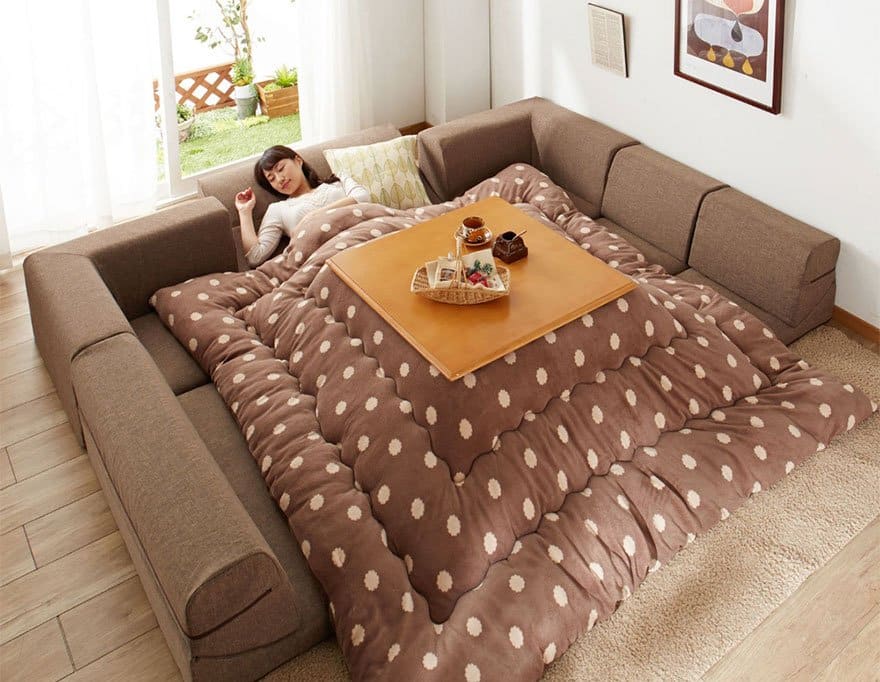 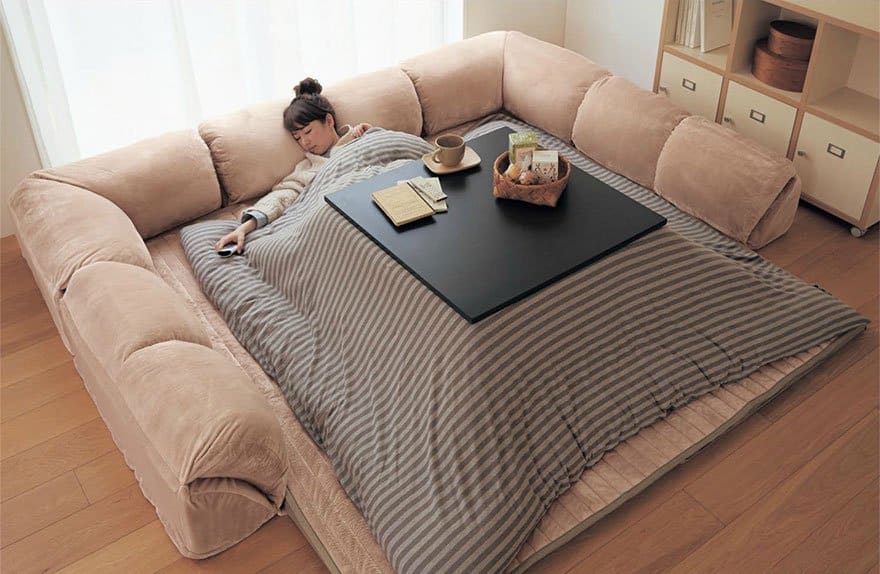 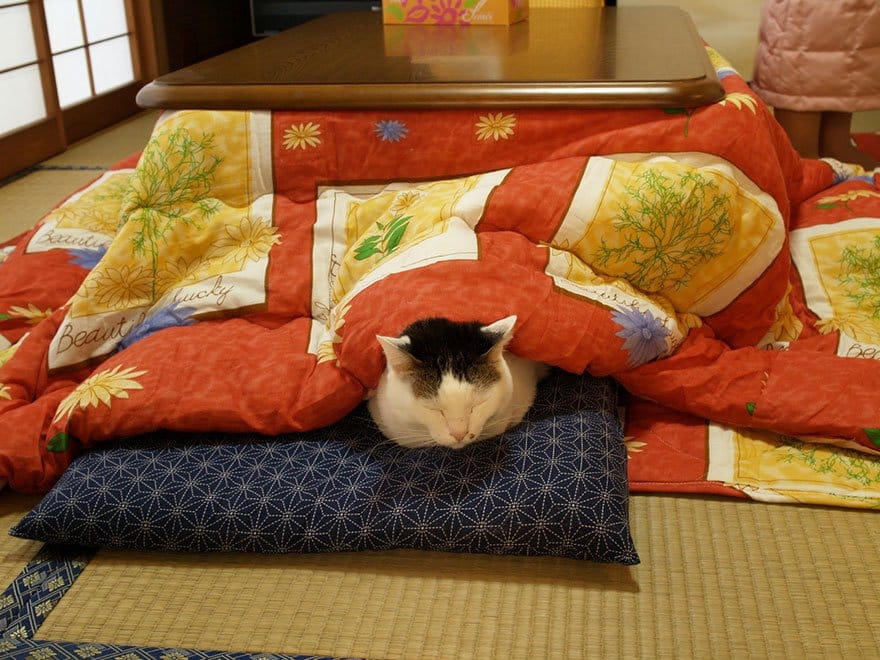