When she was just five months old, Komari was sick and starving on the streets.

The family knew exactly what to do with Komari so they welcomed her in their home which the once stray kitten shared with five older brothers who happened to be ferrets.

Soon after her rescuers nursed Komari back to health, the kitten quickly adjusted to her new family and became an instant member of their little squad.

The kitten and her older brothers pretty much did everything together which includes nap sessions, dinners, and everything in between.

Not surprisingly, Komari began acting like her adoptive brothers.

Komari was found by her rescuers sick and starving on the streets when she was about 5 months old. 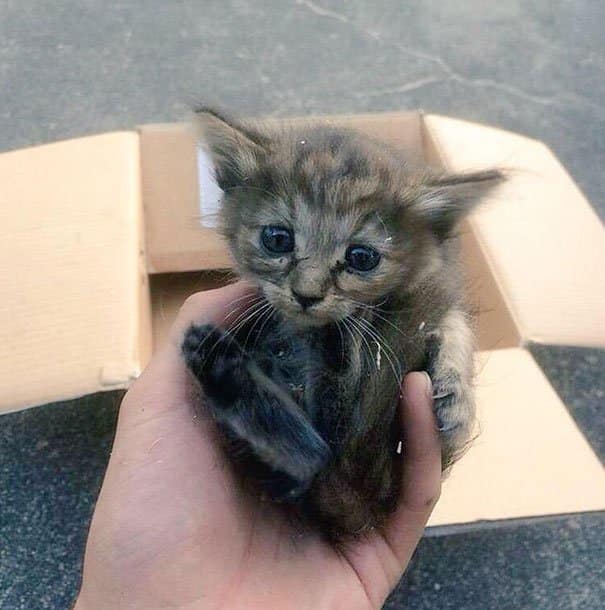 Soon enough, her adoptive brothers made her part of their squad. 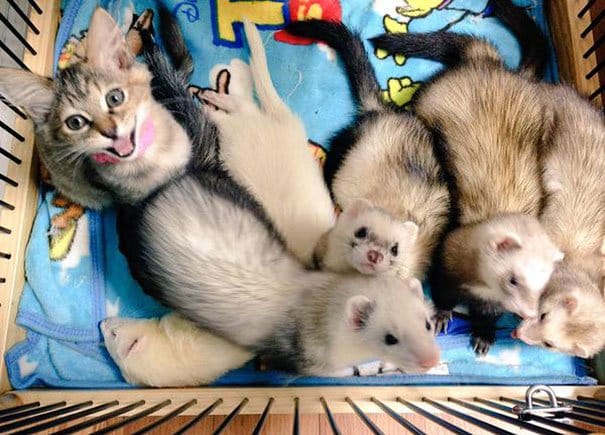 They do almost everything together and are totally inseparable. 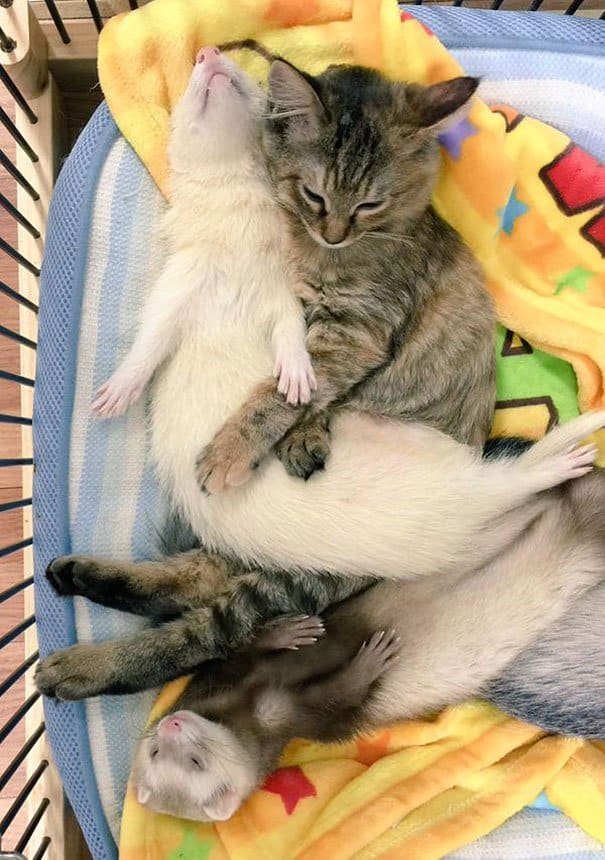 Now, the kitten is convinced she’s a ferret too! 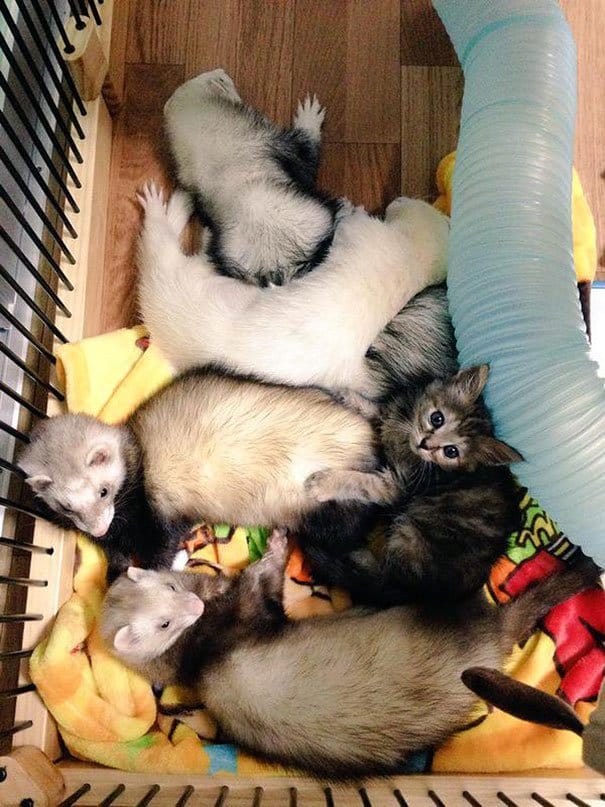 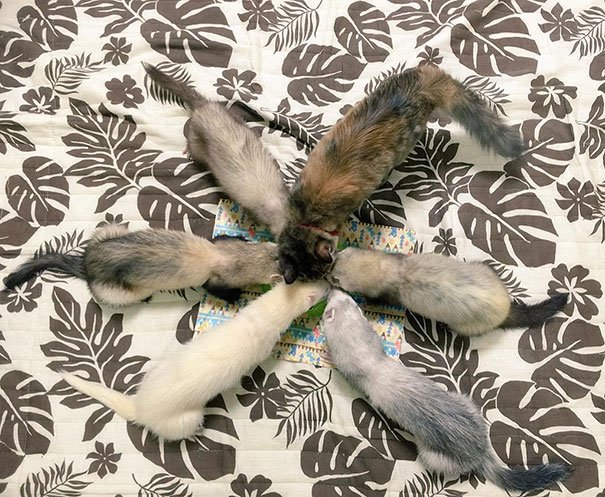 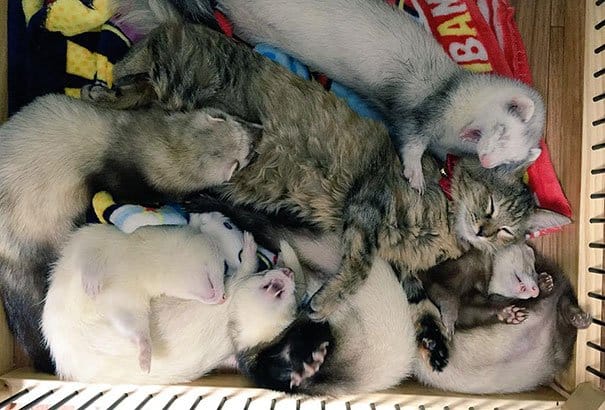 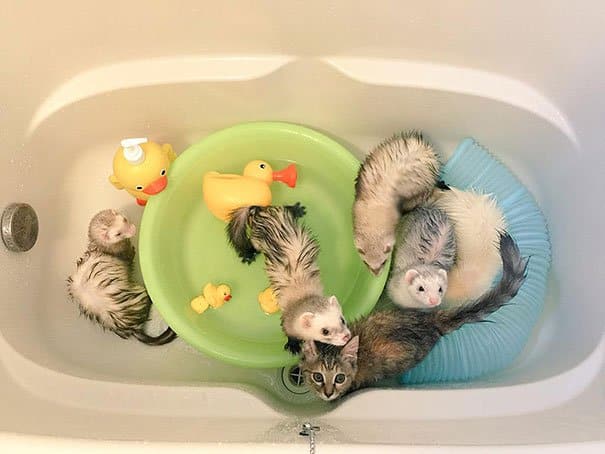 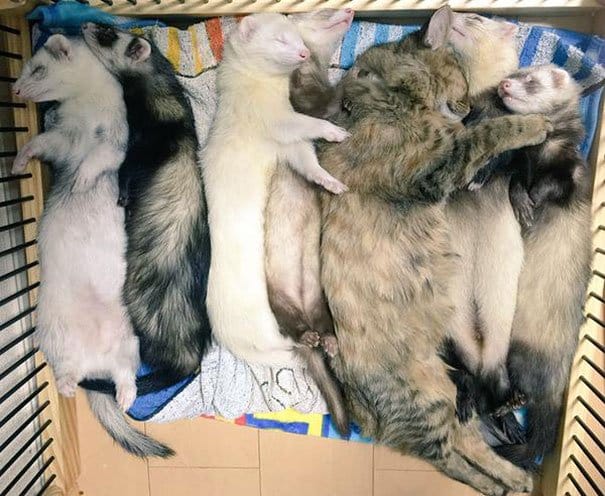 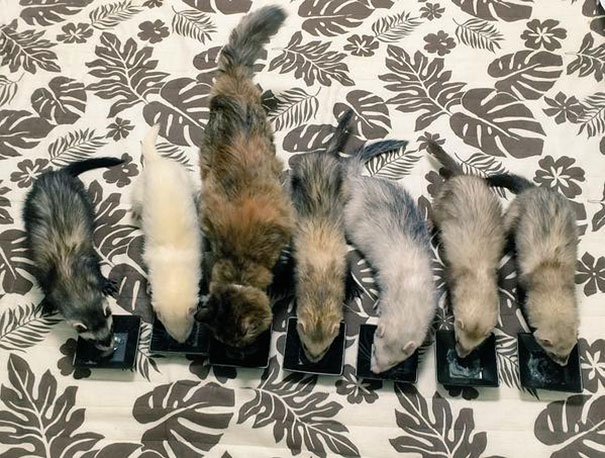 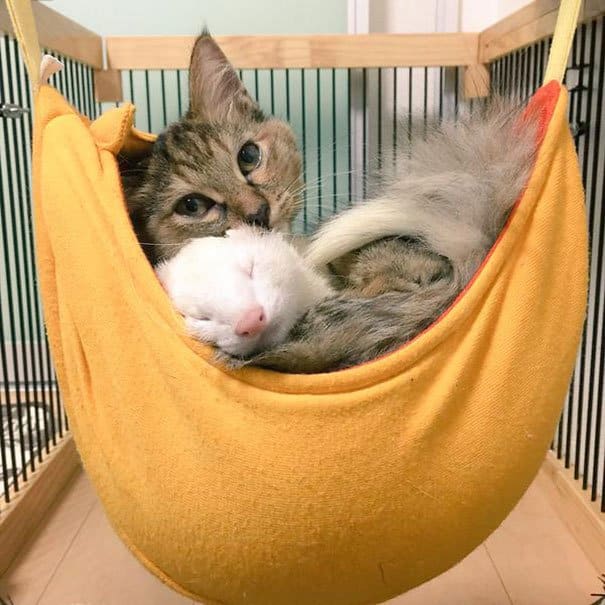