There are remarkable objects famous for its gigantic size, but when you think about it, how big are they really in person? It’s hard to imagine unless you’ve been to the spot and saw one of them in person. But one man has mashed up images of these popular giant objects to give you an idea of their actual size.

Kevin Wisbith, an entrepreneur and college student, combined two objects of differing size and also used math to come up with a series of photos (via Imgur) for a project, called A Quick Perspective. Even if books have given you an idea on how big an object is — say Titanic, for example — seeing it compared side by side with another object will change how you look at things.

Check out Wisbith’s works below.

Somewhere in Russia, one of the world’s largest mines exists – the Mir Mine. It’s officially recorded to have a depth of 1,722 feet. The second tallest building in the U.S., the Sears Tower, measures 1,729 feet tall. If this tower is placed in the mine, its tip would poke out seven feet past ground level. 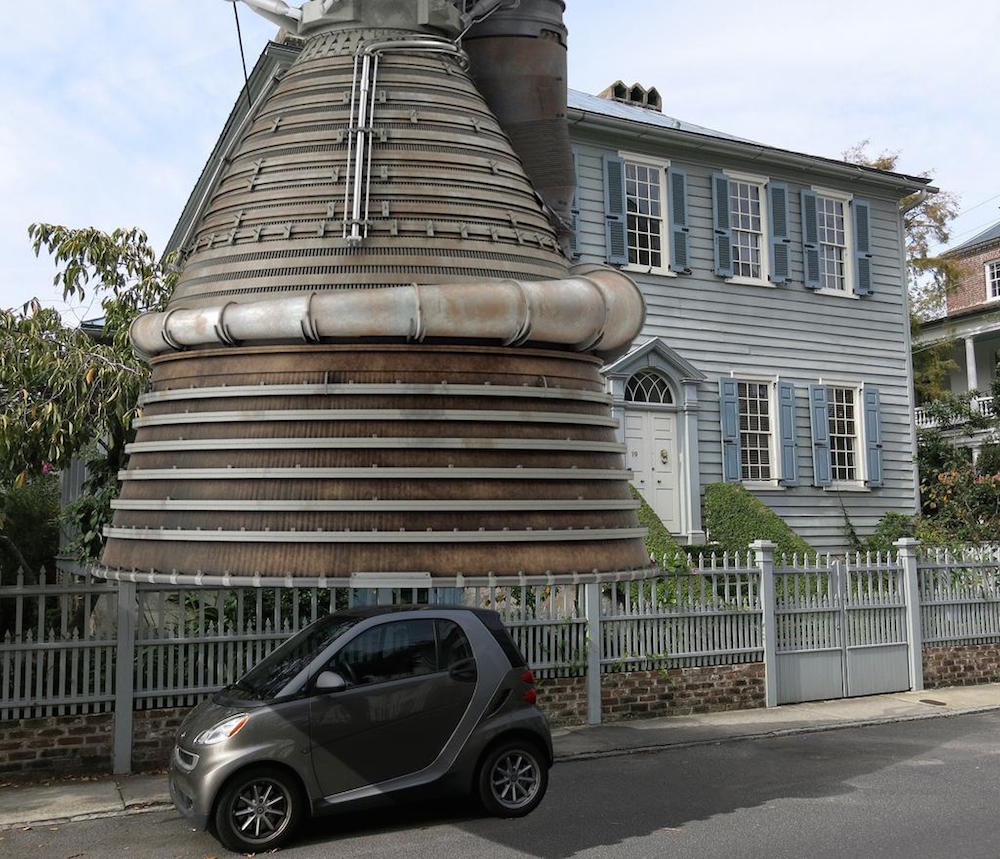 The M-1 Rocket Motor was conceived in the 1950s to help with NASA’s space program. Had the construction been started, it would have been the biggest motor ever built, according to Wisbith. It had a designed diameter of 14 feet, which is wide enough to cover a Smart Car, with only extra 2 feet on both sides. 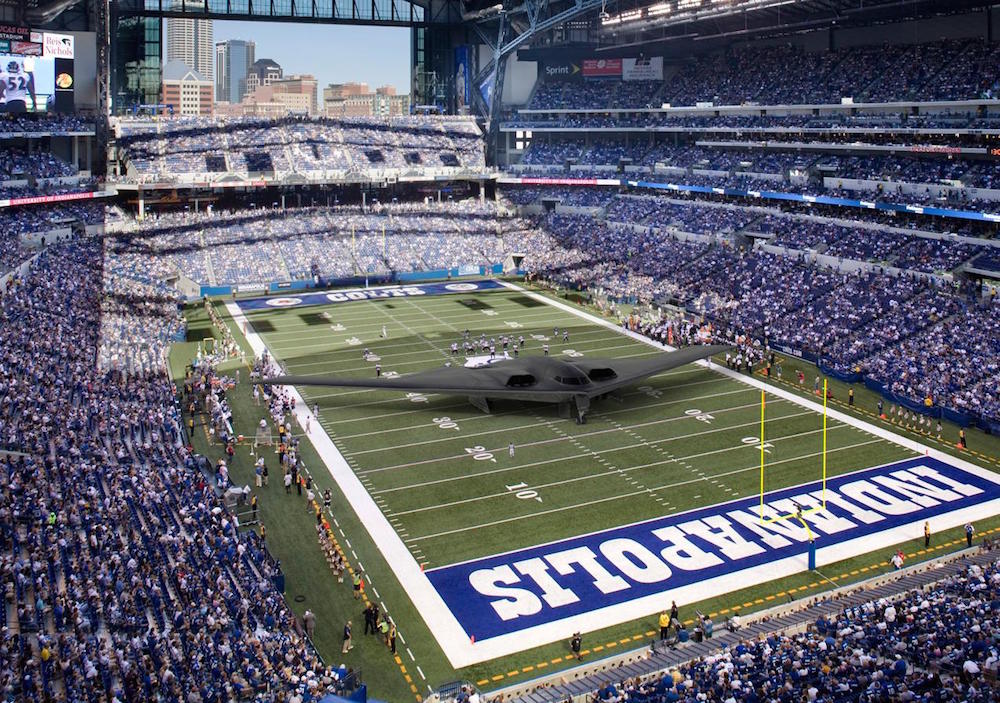 One of the most expensive and most advanced airplanes in the world, the B-2 Bomber has a wing span of 172 feet, which is just 12 feet wider than an NFL football field. 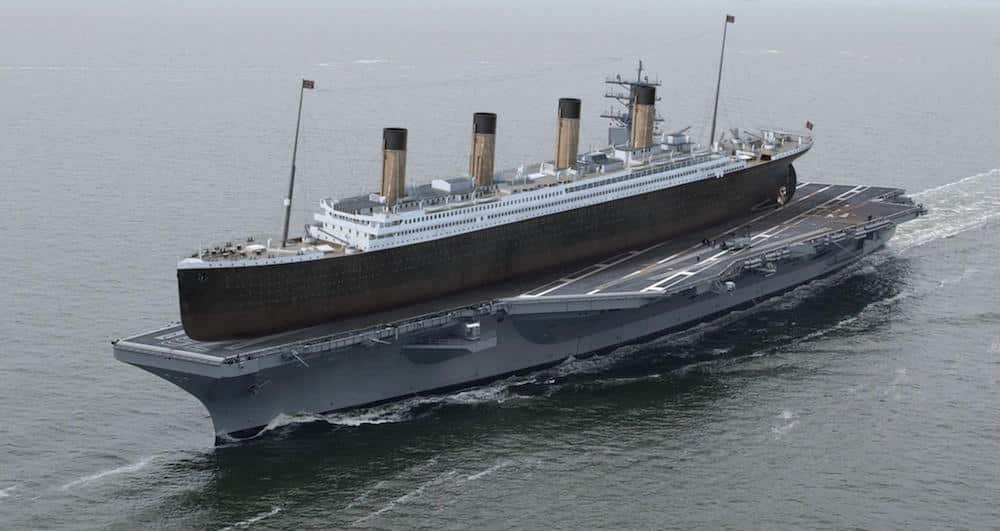 Everyone knows that the Titanic is gigantic but most never really have the idea just how enormous it was. It had a total length of 882 feet and 9 inches. The U.S. aircraft carrier U.S.S. Ronald Reagan measures 1,092 feet. If the ship was placed on the deck of the ship, there would only be 210 feet of deck room left. 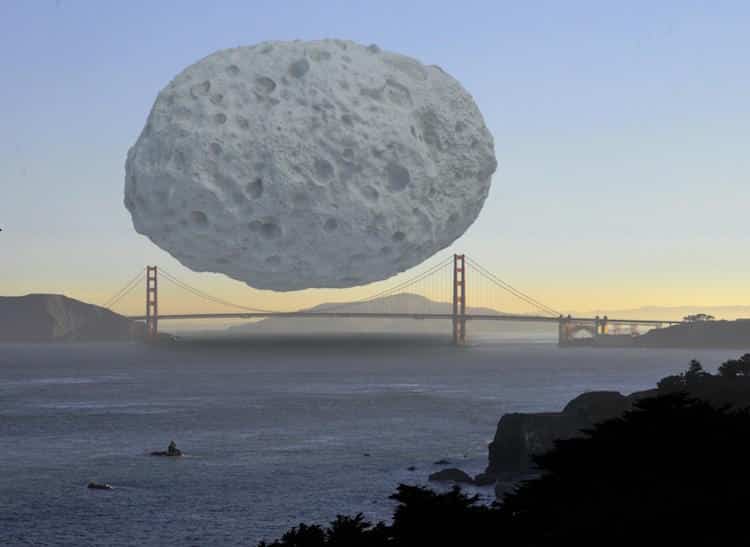 The Dionysus asteroid, a part of the Apollo asteroid belt, has an estimated size of 1.5 km wide, which is equivalent to 4921.26 feet. If put on top of San Francisco’s Golden Gate Bridge, it wouldn’t surpass the length of the bridge.

#6. Largest Radio Telescope in the World 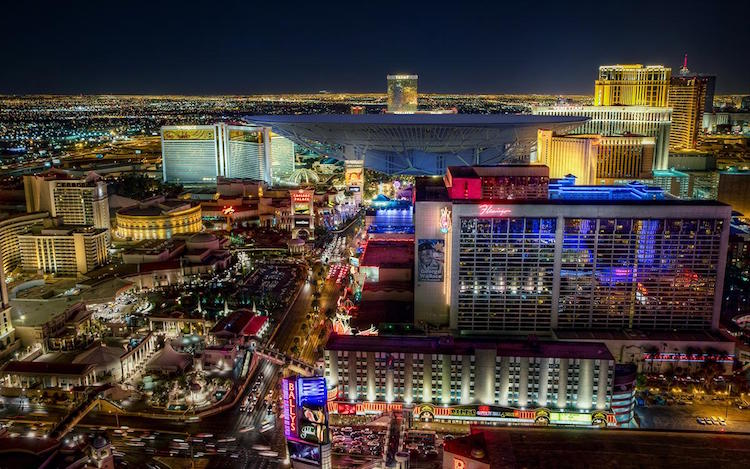 Bigger telescopes are being built to support the quest for life outside of Earth. To date, the Chinese Guizhou province telescope is the biggest radio telescope ever made with a diameter of 1,600 feet. If it stood in downtown Las Vegas, it would cover half of the Mirage, all of the LINQ, all of Harrah’s and most of Venetian. 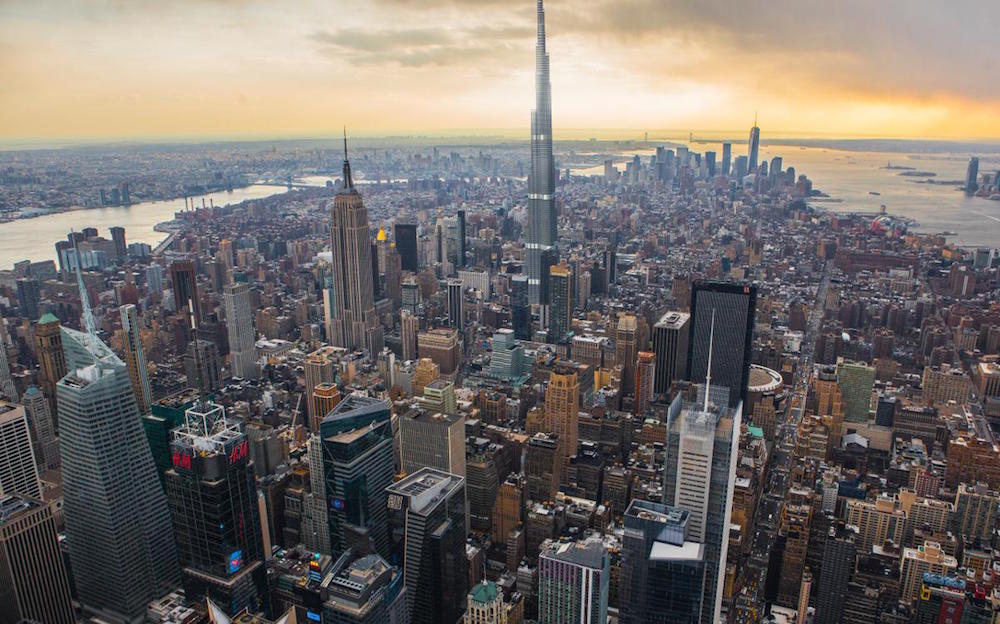 Nothing has surpassed Burj Khalifa yet when it comes to being the world’s tallest standing structure. It has a height of 2,722 feet and if it stood in New York, it would beat the One World Trade Center in height by 1,000 feet and almost 1,300 feet taller than NY’s Empire State Building.

#8. Largest Oil Tanker in the World 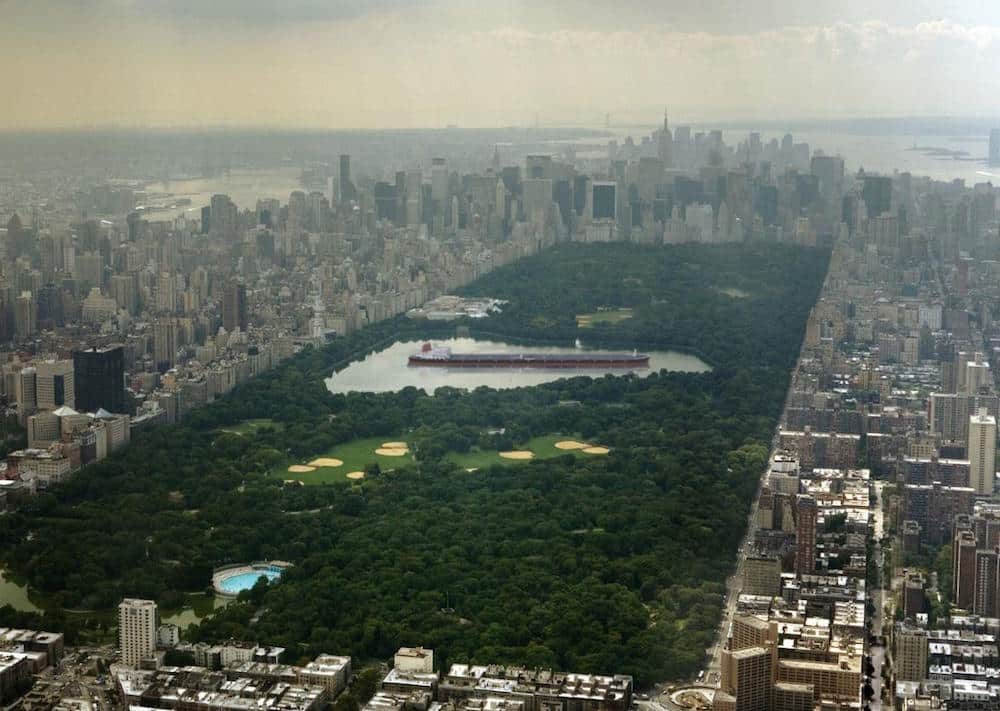 The Seawise Giant is the largest oil tanker ever made and is 1,504 in length. If placed in NY’s Central Park’s main lake, there will only be 350 feet of extra space on the front and rear. 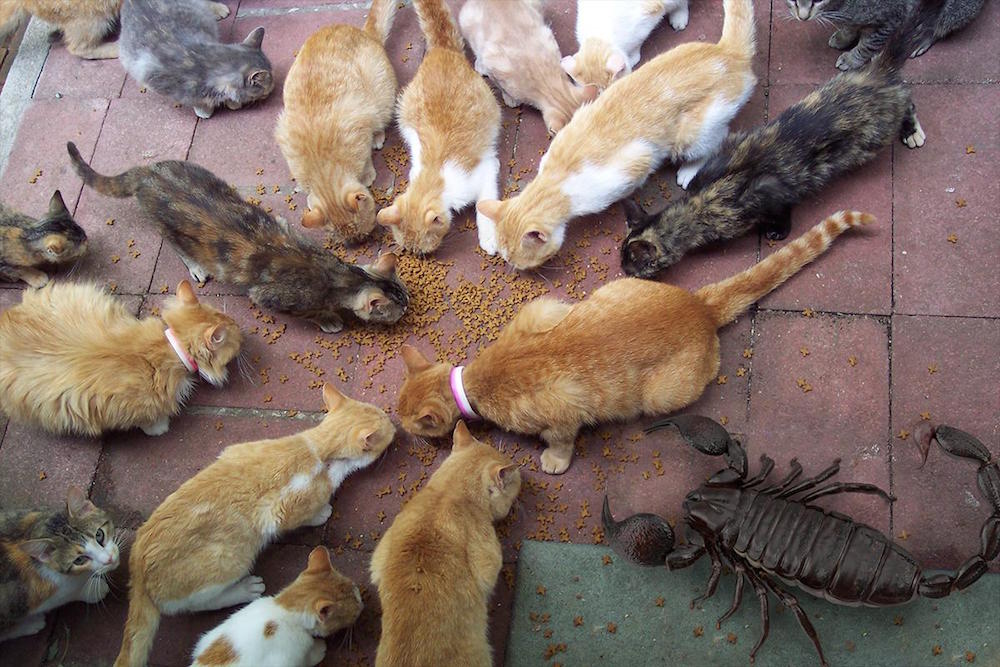 Bugs from the prehistoric age were generally larger compared to modern day bugs because of the higher levels of oxygen. The Breathing Scorpion was an arachnid species that grew up to 24 inches in length, the same size of a normal house cat. It’s a big nope. 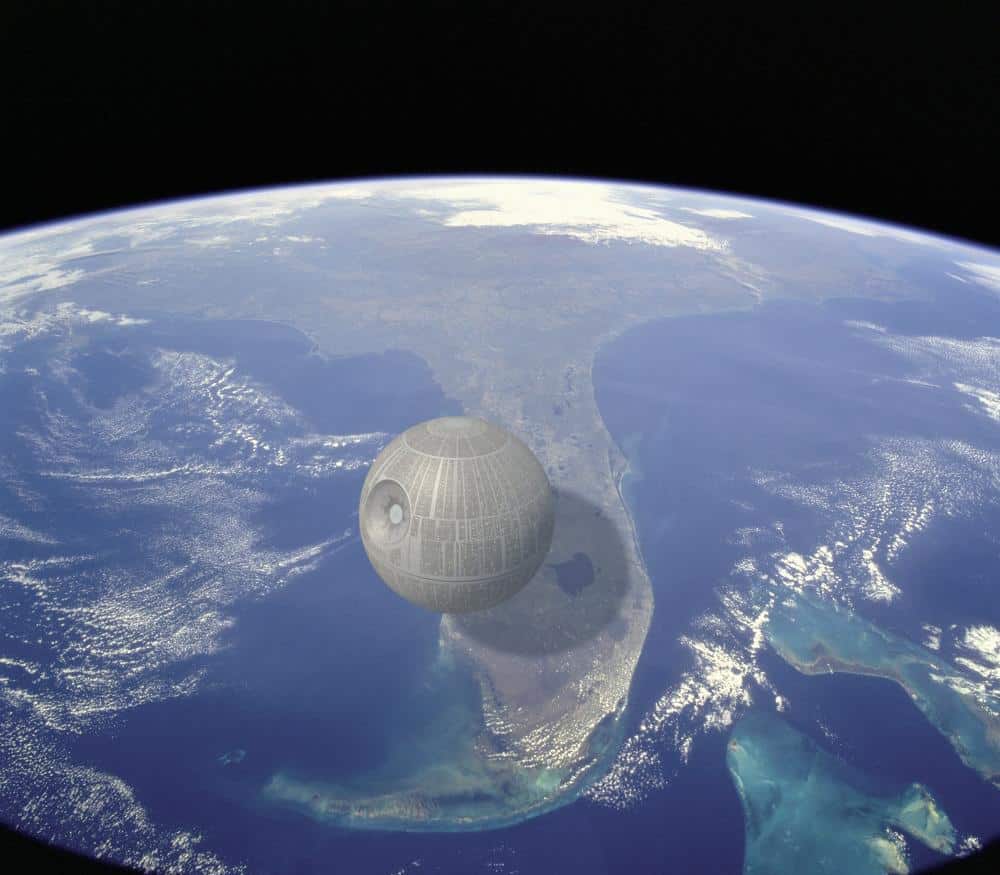 The fictitious galactic superweapon happens to be the most bad-ass machine ever made – but not in real life. However, it’s still interesting to know just how big it really is. The estimated width is 99 miles across, or about 1/4th the length of Florida.