In the most unlikely of scenarios, an aggressive kangaroo suddenly attacked a woman and destroyed what was probably thousands of dollars worth of plastic surgery.

Such was the violent nature of the attack that the victim sustained cracked ribs and other injuries. Thankfully, her breast implants saved her life.

Sharon Heinrich, 45, was enjoying the scenic countryside on a cycling trip with a female friend along South Australia’s Riesling Trail in the Clare Valley.

Suddenly, a young kangaroo appeared on an embankment above them. 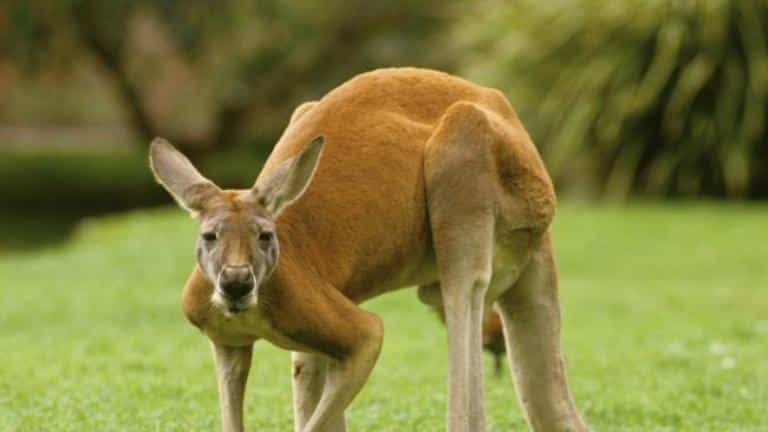 Sharon’s first thought was that the buck was “cute” before it suddenly launched itself at her and her friend, Helen Salter.

“He jumped down and took our cycles out and used myself as a little airbag and then [has] taken Helen out and hopped away into the wilderness.”

Kangaroos normally aren’t territorial or violent animals. They only become aggressive with other males when they compete for a female in heat. Why that particular wallaby attacked remains a mystery.

Still, kangaroos are known for their powerful kicks. In fact, they are the kickboxing champions of the animal world. A mature ‘roo’s deadly hind legs can gut soft underbellies, break their opponents bones, and even crush metal.

Sharon, who is 5’3″ tall, said the buck was taller than she was. Now imagine what that marsupial’s bouncing feet did to Sharon and Helen after it knocked them to the ground.

Sharon sustained three cracked ribs, an injured leg, and quite a number of gashes. 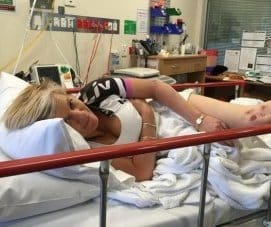 However, its worth considering that those implants probably saved her life. Without them, she’d probably have a sizeable dent in her torso, with several ruptured organs in the bargain.

Her friend, Helen suffered a concussion and whiplash. Both were rushed to the hospital with a set of very curious injuries indeed.

Sharon had her breast implants replaced with larger ones not long after. 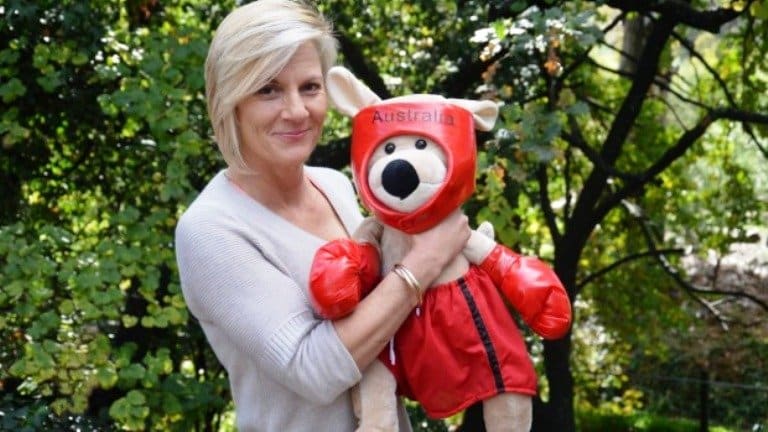 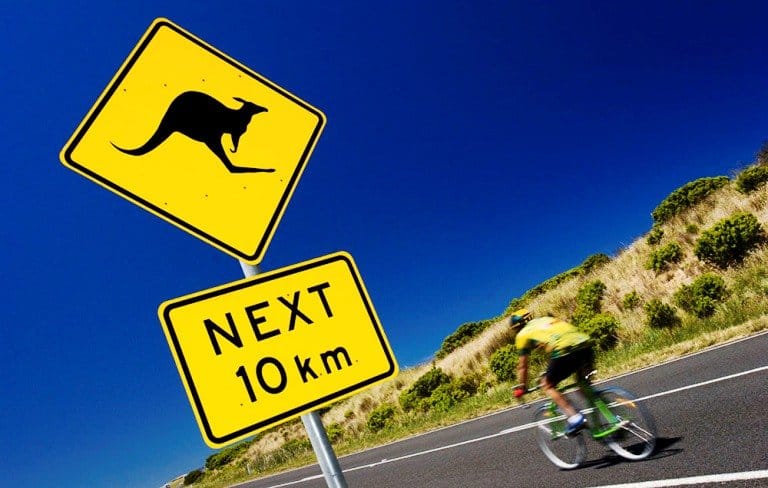