This freaky video has recently been making rounds on the internet.

As you will see below, the short footage shows a statue of Jesus Christ opening – and then closing – its eyes during a mass at the Chapel of Saltillo in Coahuila de Zaragoza, a state in Mexico.

Taken at the Chapel of Saltillo in Mexico, this video shows a statue of Jesus Christ opening its eyes during a mass. 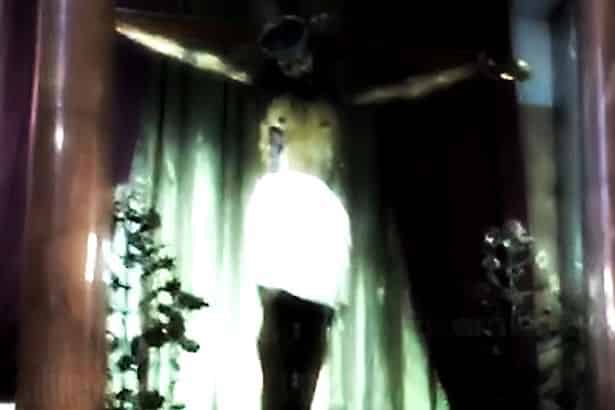 According to reports, the clip was first taken back in June but only went viral lately after it was shared by Adimensional Paranormal, a website dedicated to researching all things paranormal. Ivan Escamilla, site owner and paranormal expert, says that the video is authentic and has not been “doctored” in any way. He even claims that over 20 paranormal specialists, along with priests, sculptors, and special effects designers have already studied it and couldn’t find proof that it’s a fake.

Paranormal experts are baffled about the footage and claim it is not “doctored.” 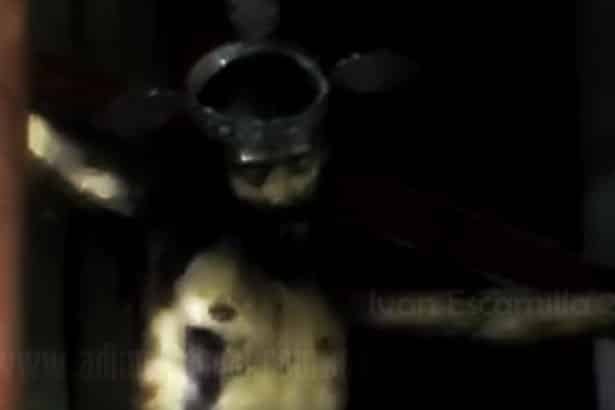 As with all viral videos though, it has earned quite a mix of reactions. Some believers take it as a modern miracle while others are saying that special effects software may have been used to create the illusion. Others have even come up with the theory that it was merely an actor not an actual statue of the crucified Christ.

Believers are saying it is obviously a “modern miracle.” 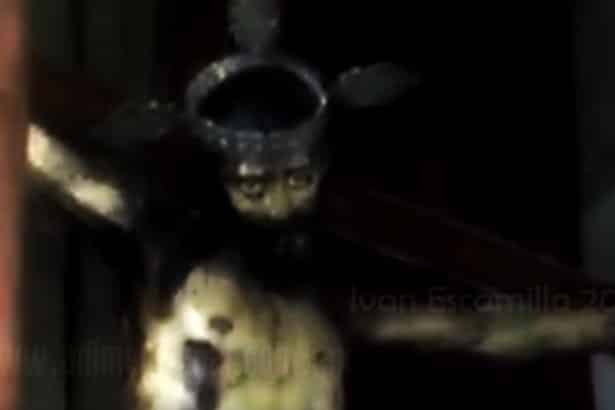 That being said, officials from the Diocese of Saltillo have declined to comment on – or at least watch – the said footage.

Well, what do you guys think about this? Could this be legit or totally staged? Leave a comment below and share your thoughts about this.