When a child decides to pursue his or her passion, having their parents behind them can definitely make a big difference. Supportive dads and moms can be a source of motivation and inspiration really motivate as children do their best to achieve their full potential.

That’s why it’s always saddening when we see scenarios where it’s the parents themselves that discourage their children from fulfilling their dreams. Case in point, one father recently earned the ire of numerous netizens on social media after he showed a lack of enthusiasm – even embarrassment – about his son who joined the LEGO robotics tournament. 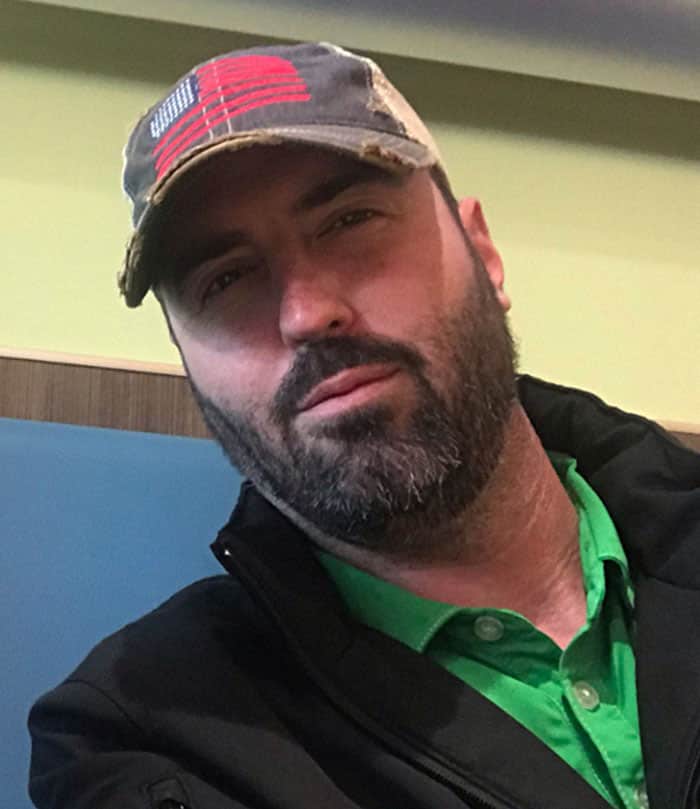 Radio host Jesse Kelly of KPRC-AM 950 in Houston has turned into a target of ridicule after a series of tweets where he mocked his own son. His posts eventually went viral, receiving attention not only from Twitter users but from various news sources.

Read Kelly’s tweets here and see for yourself: 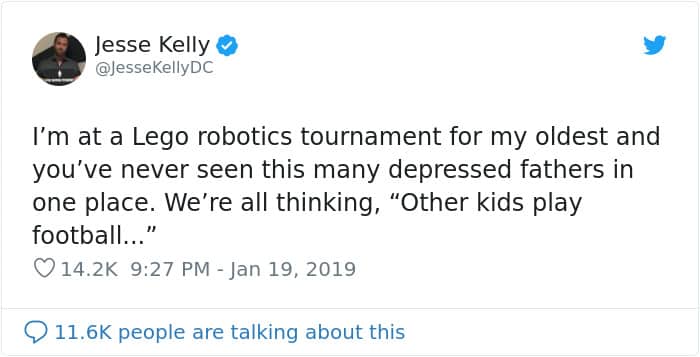 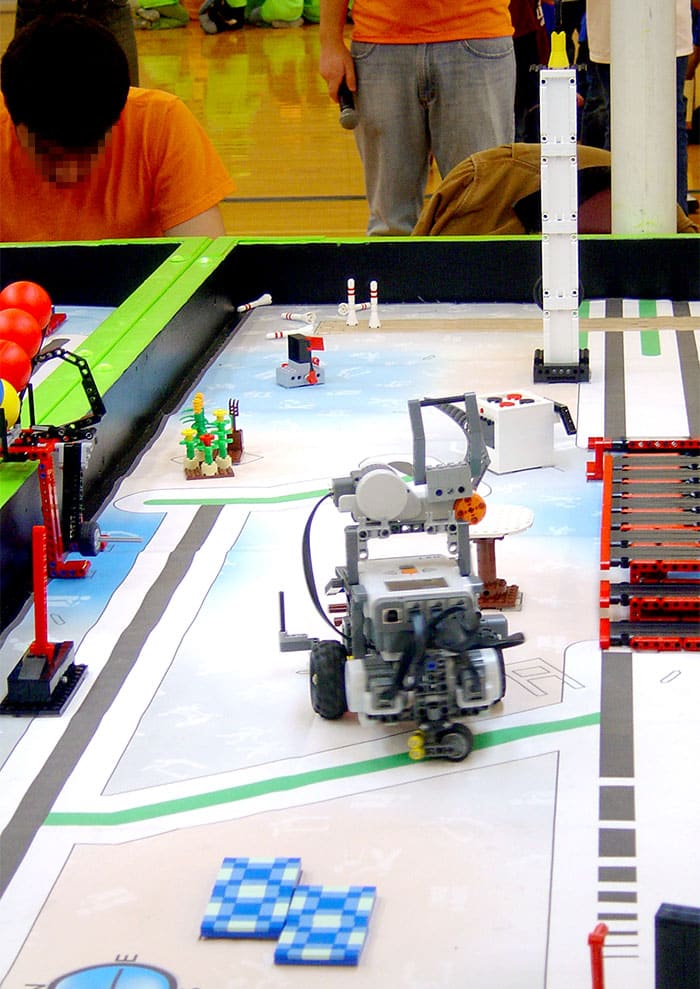 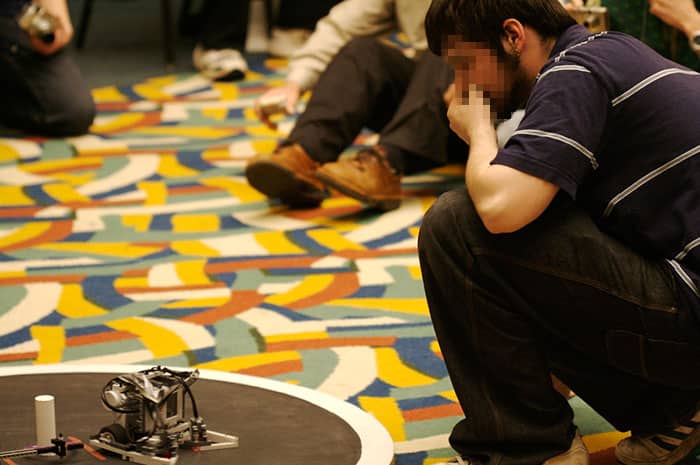 It didn’t take long until Twitter netizens began expressing their dislike about Kelly’s tone – and they schooled him about proper parenting. 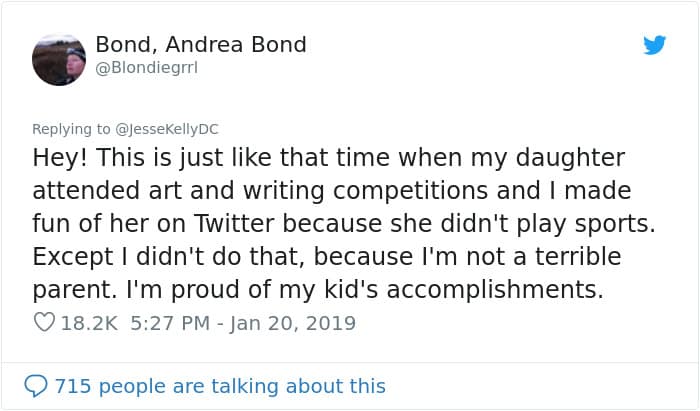 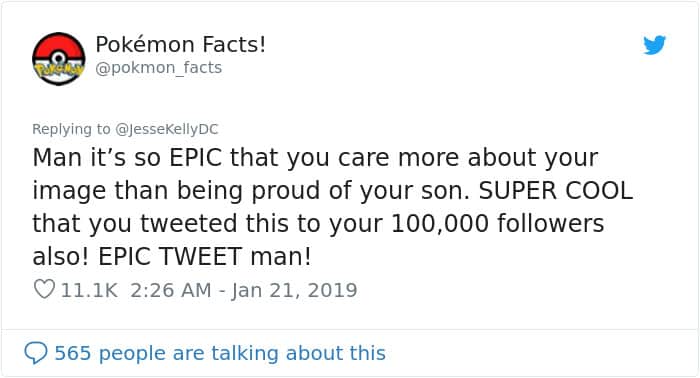 Eventually, the father and radio personality defended his words, claiming it was all nothing but a big joke. He even said he isn’t sorry for what he said. He even fired back against some of his critics. 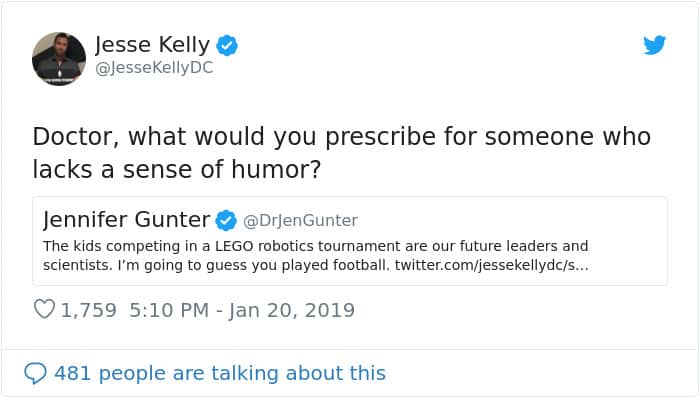 In a Chron.com interview, he also said:

“I’ll probably do it again. I think it’s hilarious, as does everyone with a sense of humor.”

Despite his explanation, netizens remained unconvinced it was a good idea to mock his son for competing (and winning!) in the tournament.

In a BoredPanda feature, we learn that the LEGO robotics tournament is “a competition for kids to program autonomous robots to complete tasks.”

Well what do you think, folks? Were this dad’s comments really inappropriate or not? Share your thoughts with us by leaving a comment below!