Men constantly complain about women taking too long to get ready in the morning. There are some women who can spend an hour more getting dressed and putting makeup on. But this is nothing compared to this guy in India who spends a mind-boggling SIX hours just to get his turban on. Seriously, SIX long hours.

Avtar Singh Mauni from Punjab, India feels incomplete without his turban on, which is not that unusual – a lot of Indian men are rather attached to their headgears. But Avtar Singh’s turban is not just your standard turban – it weighs an astounding 100 pounds and is made up of no less than 645 meters of fabric.

This over-the-top turban takes six hours to put on! 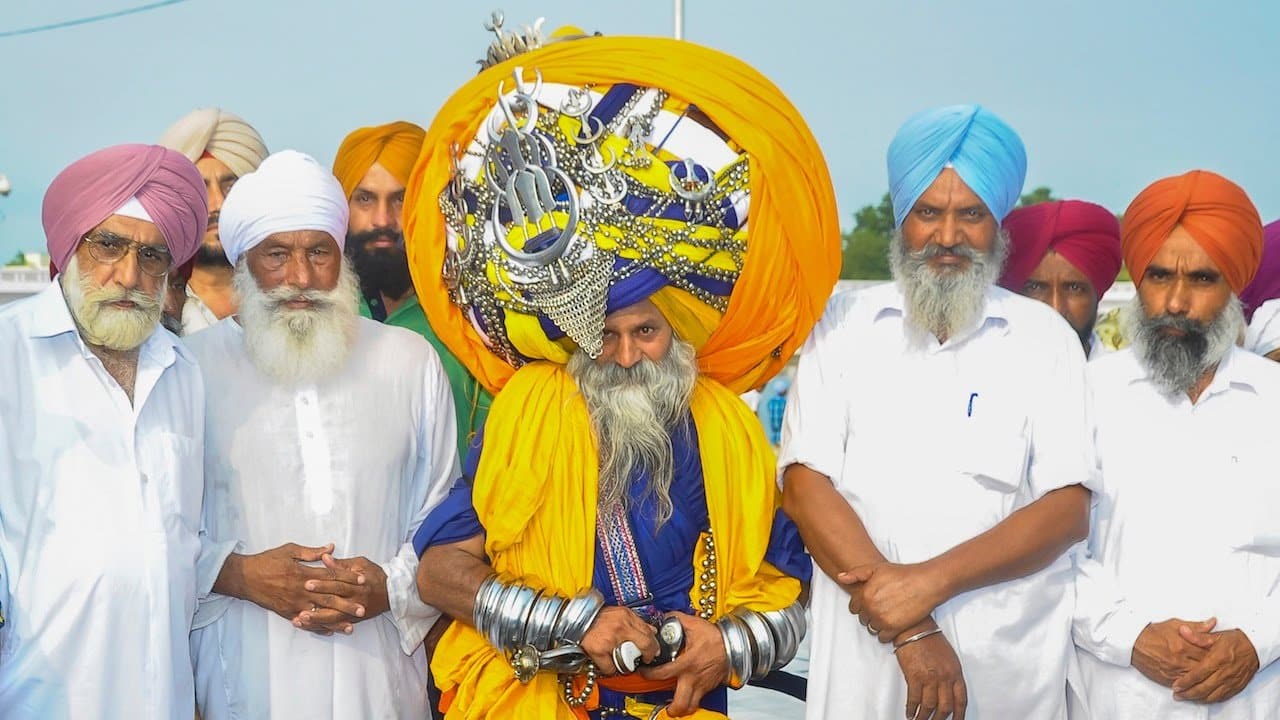 It sounds like too much weight for a man to carry around on his head. 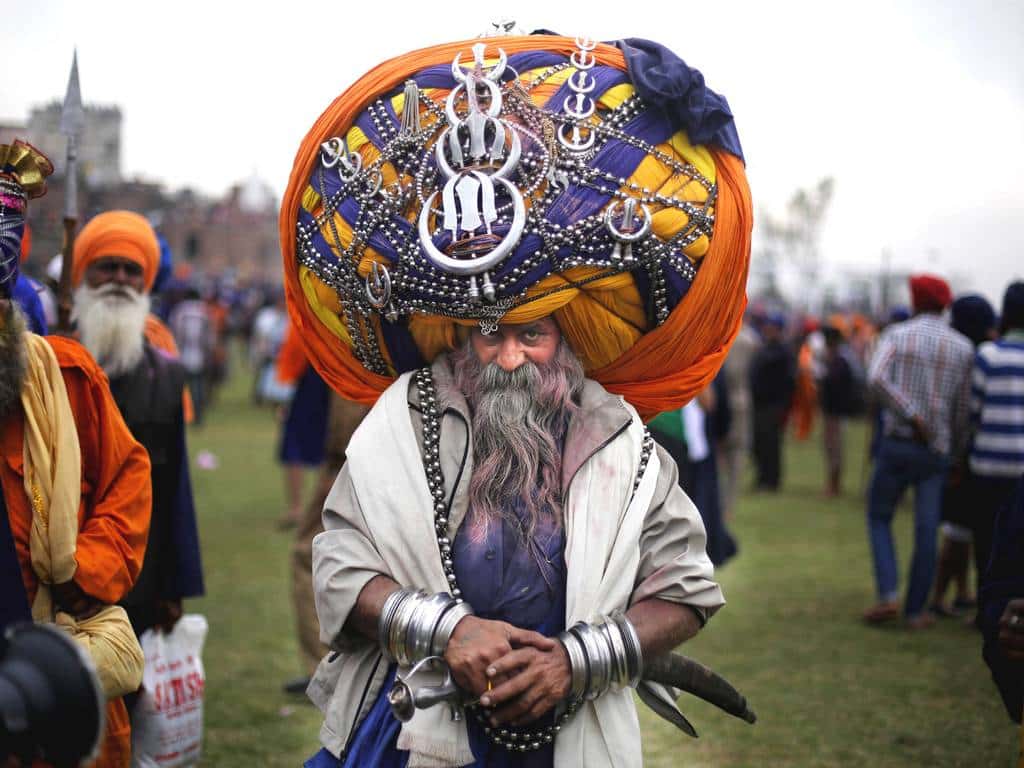 But Avtar Singh is not the least bit bothered by it. 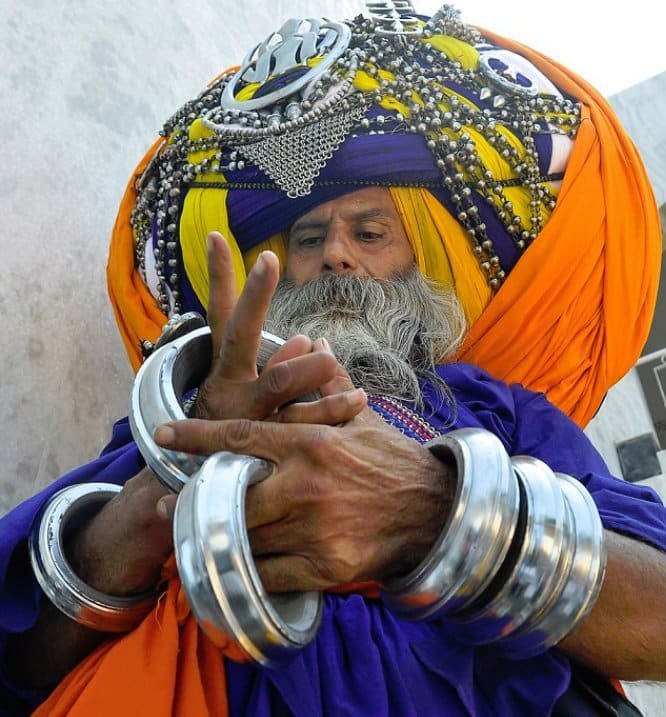 “I don’t consider it a burden. I’m most happy when I wear it,” he said.

“On the rare times I don’t have my turban on, I keep getting this feeling of being incomplete, that some part of me is missing. I get afraid that I may fall and I keep wondering ‘have I lost something, where is my turban?”

He also carries a sword and wears heavy bangles, adding another 87 pounds to his outfit.

As if the heavy turban isn’t enough, he also carries a sword and heavy bangles, which weigh around 87 pounds.

He actually wants to break the world record for the longest turban, which is 400 meters.

Avtar Singh can’t get inside cars so he rides a motorcycle for transportation. 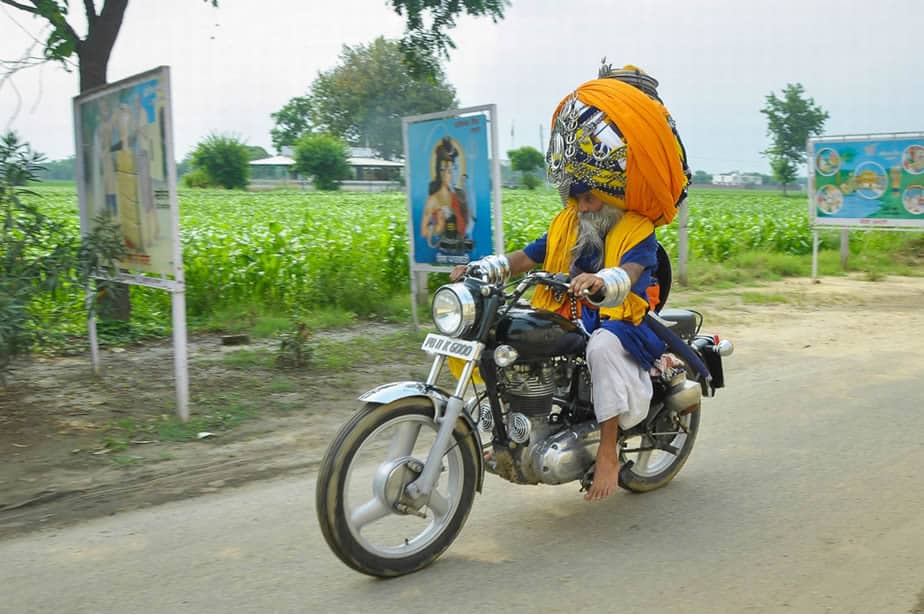 Given the vertical space needed for his costumed head, Avtar Singh can’t get inside cars so he rides a motorcycle for transportation. It’s not surprising that he grabs attention everywhere he goes when he’s wearing his elaborate turban.

“When I go out a huge crowd gathers around me. Some are amazed beyond belief and tell me, ‘You are great for carrying such a large turban. You must have been blessed with lots of energy.’”

But he confesses that he doesn’t relish the attention that much. 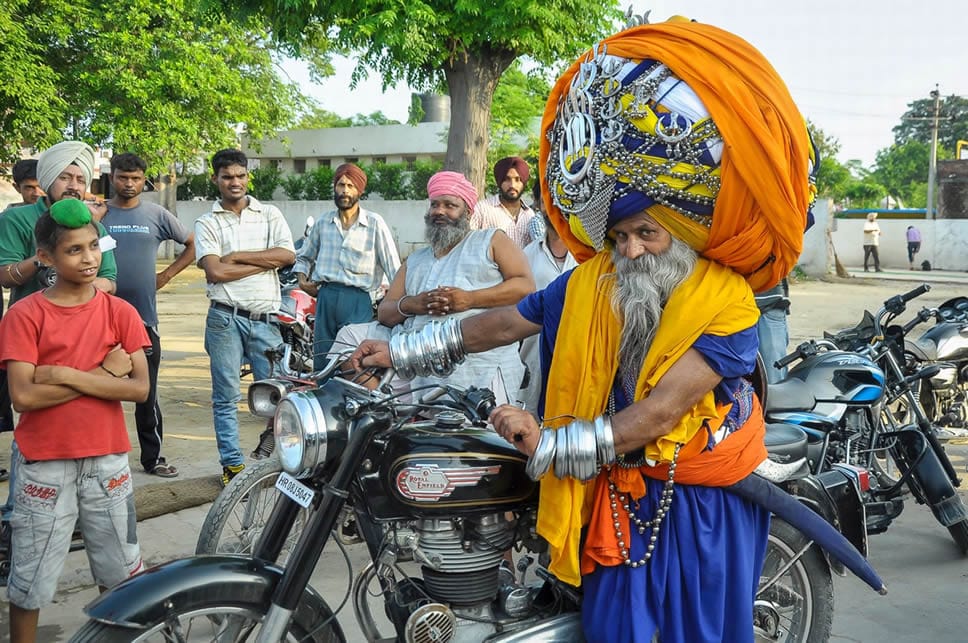 Watch the video and see how his headgear compares to the standard turban: