Women are doing whatever they can to promote equality around the world. On the first day of 2019, five million Indian women decided to make a powerful statement. They lined the streets to form a 385-mile human chain calling for gender equality and women’s rights.

The human chain was formed in the state of Kerala in India. Five million women gathered on January 1, 2019, holding out their fists in solidarity with their sisters. The event brought in ladies of all ages, caste, and walks of life in an effort to promote equality. In addition to that, the Indian women called for the right to enter Kerala’s Sabarimala temple without having to worry about violence from male believers.

Female students lined up on the street to support the Women’s Wall. 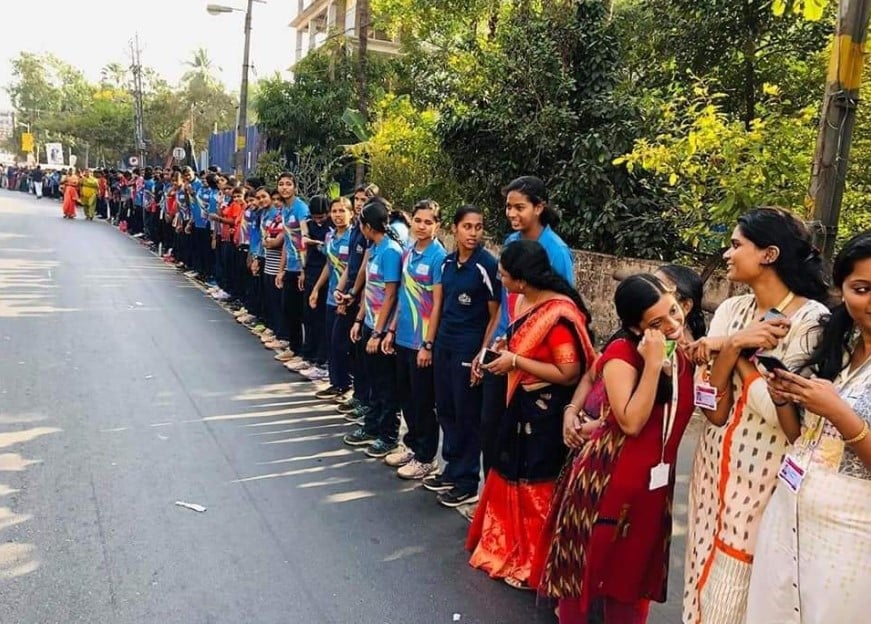 The Sabarimala temple is a pilgrimage site for Hindus. Although women of all ages have the right to enter the temple, the religious tradition considers this as taboo.

The belief insists that only men and elderly women are allowed in the temple. Although the Indian Supreme Court has already ruled that anyone is free to enter, young girls and adult women continue to deal with violence when they attempt to do so.

The wall of Indian women is truly a powerful statement considering what most of them have gone through in life. Polls have ranked India as the worst country for any females due to brutal cultural practices, human trafficking, and sexual assault.

The Women’s Wall stretched out to 385 miles from Kasaragod to Thiruvananthapuram. 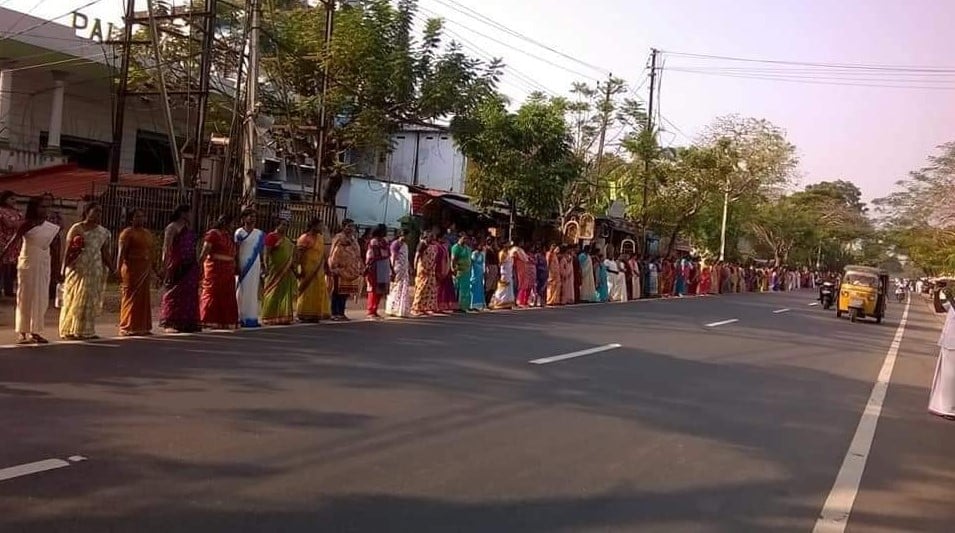 The Women’s Wall was organized by the Kerala government and featured State health minister KK Shylaja as well as senior CPM leader Brinda Karat. Shylaja led the chain at Kasaragod while Karat stood at the end of the chain at Thiruvananthapuram.

Karat had a hopeful message for the women at the event that also applies to the rest of the country.

“Kerala has built a wall of resistance against the dark forces that wish to push women back to the dark ages. This message of the wall is not just for the women of Kerala, but for all the women of India.”

Learn more about the Women’s Wall below: