Gender equality still remains to be a big issue these days, most especially among romantic partners. Husbands are still trapped in the traditional idea of being the sole breadwinner of the family and that they should be more successful than their spouses.

Relationships though should be a give-and-take partnership. Married couples vow to support each other through thick and thin, so a woman working on behalf of her husband shouldn’t be a problem at all. Apparently, it is for an Indian husband who had his pride pained by his wife getting a job.

A husband got jealous of his wife after getting a part-time job. 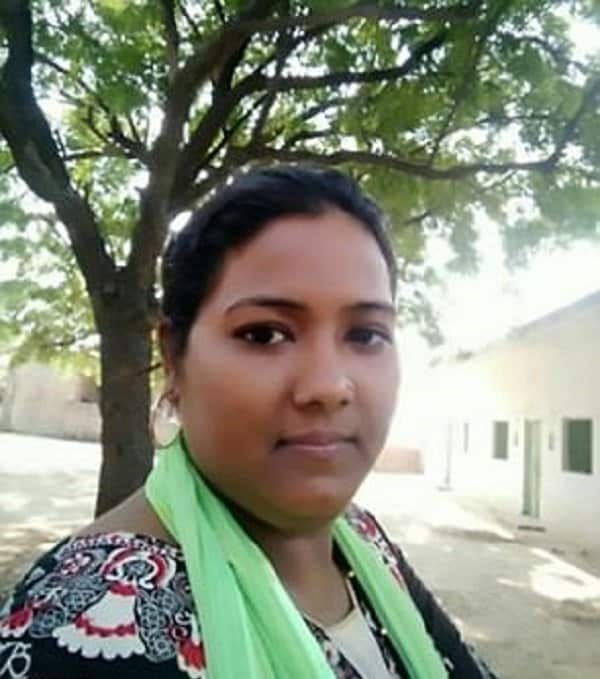 The romance of the married couple ended in an instant when the Indian mother was horrifically scarred from an acid attack made by her husband. Zakira Ali Sheik reportedly accepted a part time job of making soap after her husband, Roobab, refused to work as an autorickshaw driver. The patriarch being jobless left the family with no money to feed their two children, making Zakira concerned.

Zakira is totally unrecognizable after her husband hurled acid on her face. 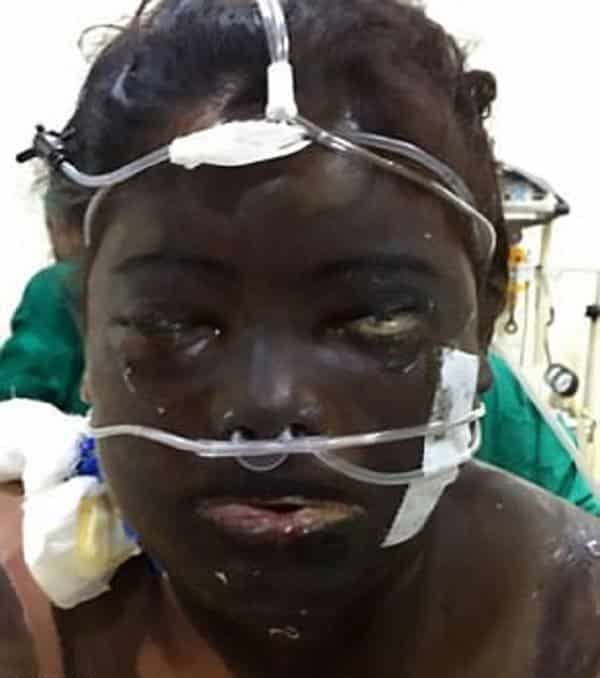 However, instead of appreciating Zakira’s initiative, Roobab grew furious of his wife. He accused the mother for insulting his honor and his anger led him to lock up Zakira in their house before throwing acid into her face. The victim recounted the horrifying scenes, saying:

“I was screaming in agony, but it was 10 minutes before even my brother could get inside to help me. The pain was excruciating.”

The acid attack left Zakira heavily scarred, pained and blind in one eye. Furthermore, her other eye has been closed since the incident happened at the start of November.

Zakira is suffering from critical injuries and her surgeries requires a huge sum of money. 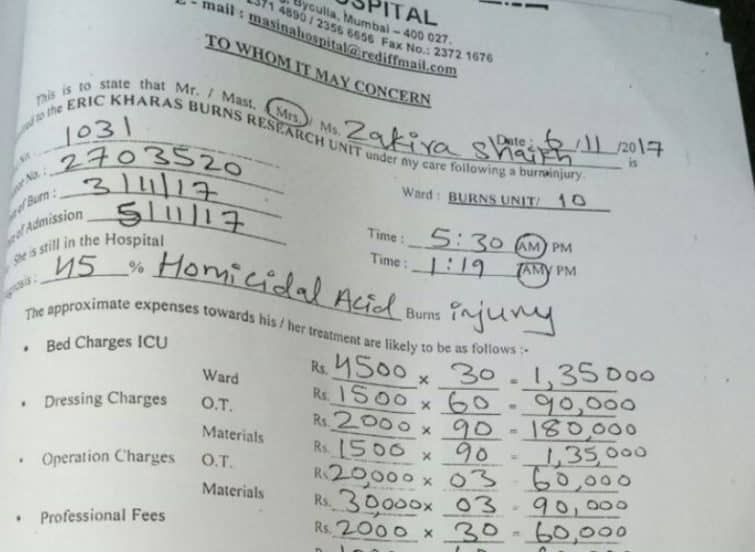 The mother-of-two is still being treated in a hospital in Mumbai, India. The damage on her face caused by the acid attack was so severe that a pipe was inserted into her neck just so she can breathe.

A fundraising page has been set up by the NGO, Make Love Not Scars, to help pay for her pricey treatment. The non-profit organization recently announced it has already collected over $13,000 towards their goal of 2.5 million INR or $38,565 for the surgery.

To help repair the damages on Zakira’s face, a fund raising campaign was set up by an NGO to ask for financial help. 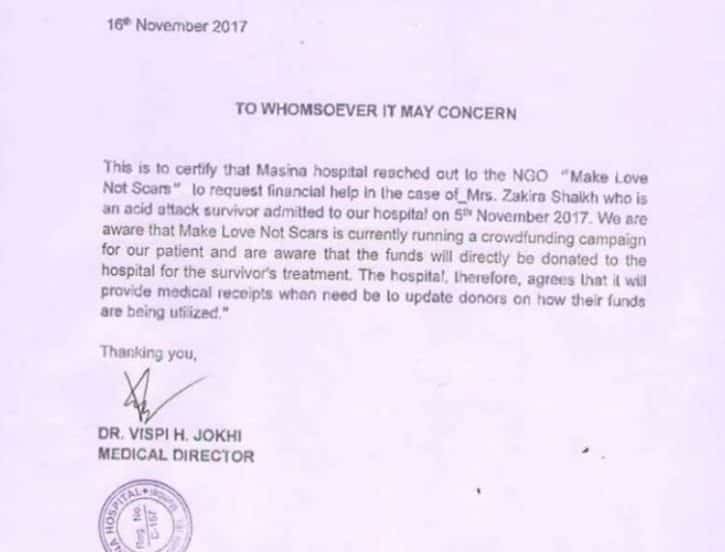 Ria Sharma from the organization continues to ask for help to support Zakira, saying:

“Zakira is in a critical condition and we need to raise the funds at the earliest.
We hope people who sympathise with her will help.”

There are no clear reports yet on what happened to Roobab. Zakira, on the other hand, hopes for full recovery from her totally disfigured face.