Generosity cannot be measured by the amount being given or the number of times you have donated.

A millionaire can give thousands of dollars to another person without affecting his expenses or budget compared to a homeless man who only have 20 dollars and gives it to another person in need; Who among the two do you think gave more?

Sometimes the people we don’t expect are the ones who have a genuine heart; they are the ones that give even if they have less or none at all.

Generosity is not just about how much you give but also about how willing you are to share and help. 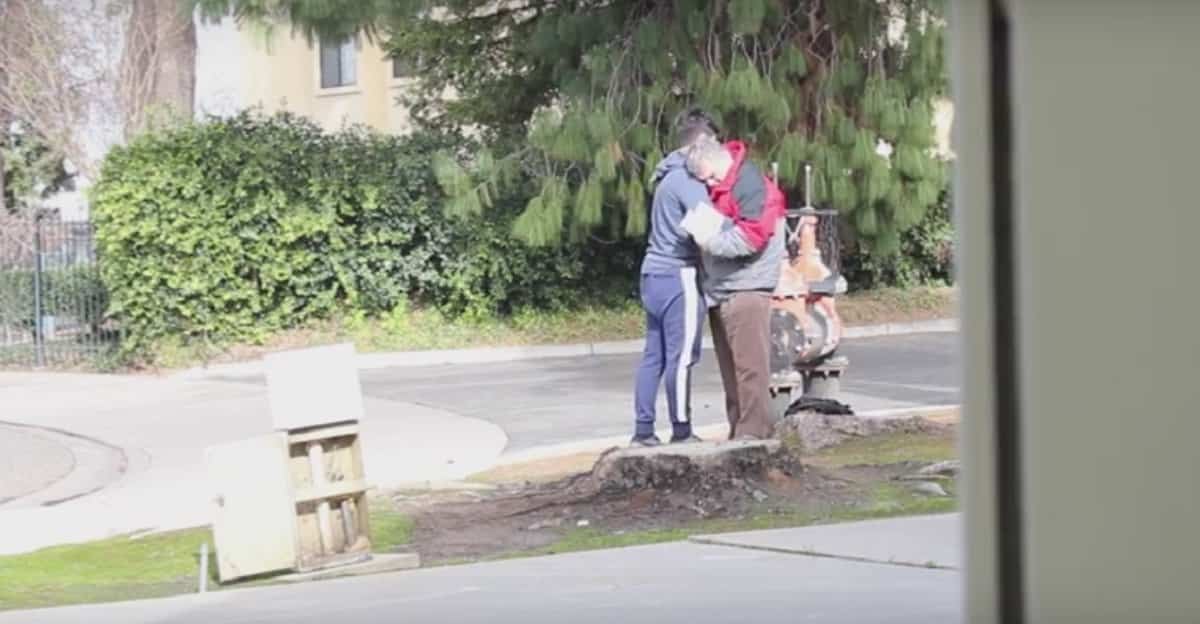 A homeless man was approached by Johal, a Youtuber. He pretended that he was hungry and was asking the homeless man if he has food to share with him. This kind hearted man gave him his sandwich, when asked by Johal when he last ate; he answered him yesterday.

As they continue to talk, Johal learned that the man was a previous truck driver but sadly, his license was suspended because of traffic violations. He didn’t receive all the notices that are being sent to him because it was all delivered to his brother’s address.

He lost his job and life has been hard for him since then. Johal, pretended that he is also struggling in life and needs money, he asked the man if he can lend something to help him. According to the homeless man, he needed around $650 to get his license back but as of now he only has $80 dollars which took him four months to raise that amount of money but he still managed to willingly give his money to Johal.

Watch This Very Touching Deed of a Homeless Man:

This generous old man offered his only savings to this guy to help him; he’s so selfless and helpful. Unknowingly, Johal withdrew money from the bank, he came back with $700 to give it to the homeless man. He wanted to help him get his license because of his kind heart and generosity. The man was in shock and couldn’t believe what just happened, he cried out of joy while hugging Johal as he is so happy and thankful

This man deserves this immense help; I hope that he can start over again and live comfortably with the aid he just received.

Don’t forget to SHARE this heart warming video to your family and friends!