Pregnancy and childbirth may be taken lightly by many individuals. However, giving birth is a very dangerous phase in a mother’s life – this is because even little problems could lead to the death of either the mother or the unborn child.

In a chilling viral video, two doctors were seen fighting over a dispute in the operating room during an emergency caesarean section at Umaid Hospital in Jodhpur, India. As a result, the baby died of severe birth asphyxia, a condition wherein the body’s vital organs like the brain do not get enough oxygen to function. The condition may be caused by delayed childbirth and a very long or difficult delivery.

The doctors involved in the incident were anesthetist Dr. ML Tak and gynecologist Dr. Ashok Neniwal. 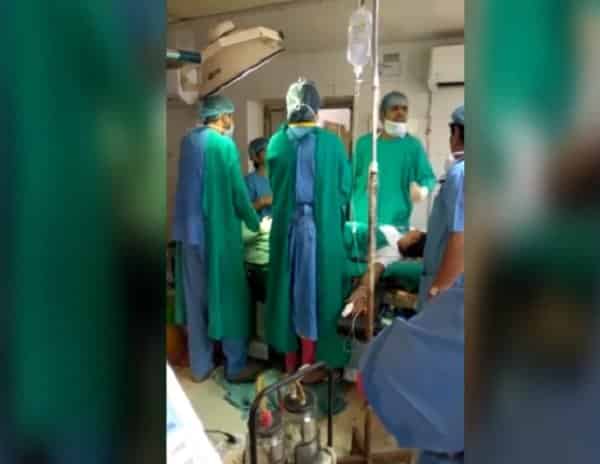 A concerned medic took the cell phone video during the confrontation between the two physicians. The footage has gone viral and sparked outrage among both netizens and health practitioners.

Metro UK reports that the pregnant mother was rushed to the said hospital after complications ensued during labor. However, while she lay on the operating table for the emergency operation, the doctors started to fight.

The said fight lasted for 30 minutes, leading to the poor newborn’s demise. 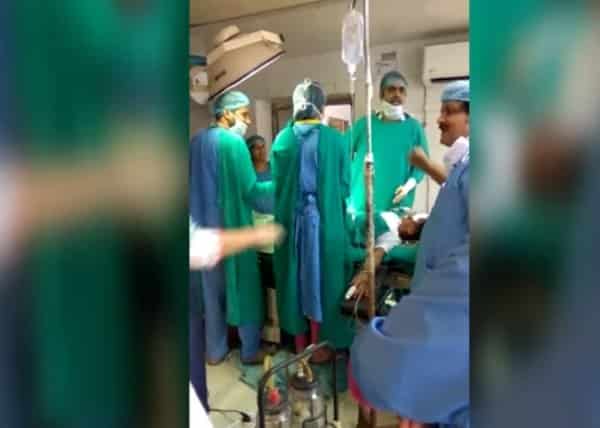 While the two doctors have been suspended from their posts in the hospital, the Rajasthan health minister said that they are starting a probe on the incident, and if the doctors are proven guilty, they will be taken into account, CNN News18 reports.

An investigation has been started to determine who is at fault. 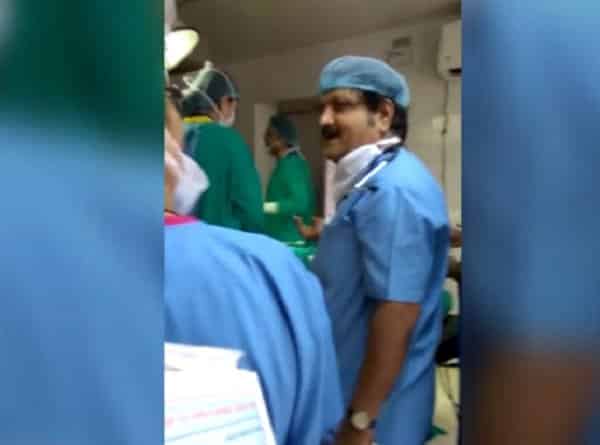 One of the suspended doctors, Dr. ML Tak, said:

“The other doctor was arguing with me while I was trying to administer anesthesia on the child. I was trying to save its life. I have raised the issue with the principal.”

On the other hand, the other doctor, Dr. Neniwal blamed his colleague for the tragic incident:

“The video shows the patient of another doctor, while my patient and her baby was in good health. The other doctors who were abusing me and laughing at my expense were not attending to their patient well, who died at the end.”

However, the investigation is still ongoing.

“We do not yet know if the death of the newborn baby was caused by the argument.”

What do you think of the incident? Share your thoughts in the comments section below.