In his 1897 book, Dracula, Irish writer Bram Stoker described the bloodthirsty title character’s castle as a structure that “sits on the very edge of a terrific precipice.”

The following passage from the novel further describes the castle’s surroundings: “A stone falling from the window would fall a thousand feet without touching anything! As far as the eye can reach is a sea of green tree tops, with occasionally a deep rift where there is a chasm. Here and there are silver threads where the rivers wind in deep gorges through the forests.”

At night, the castle looks like it's straight out of a horror movie. 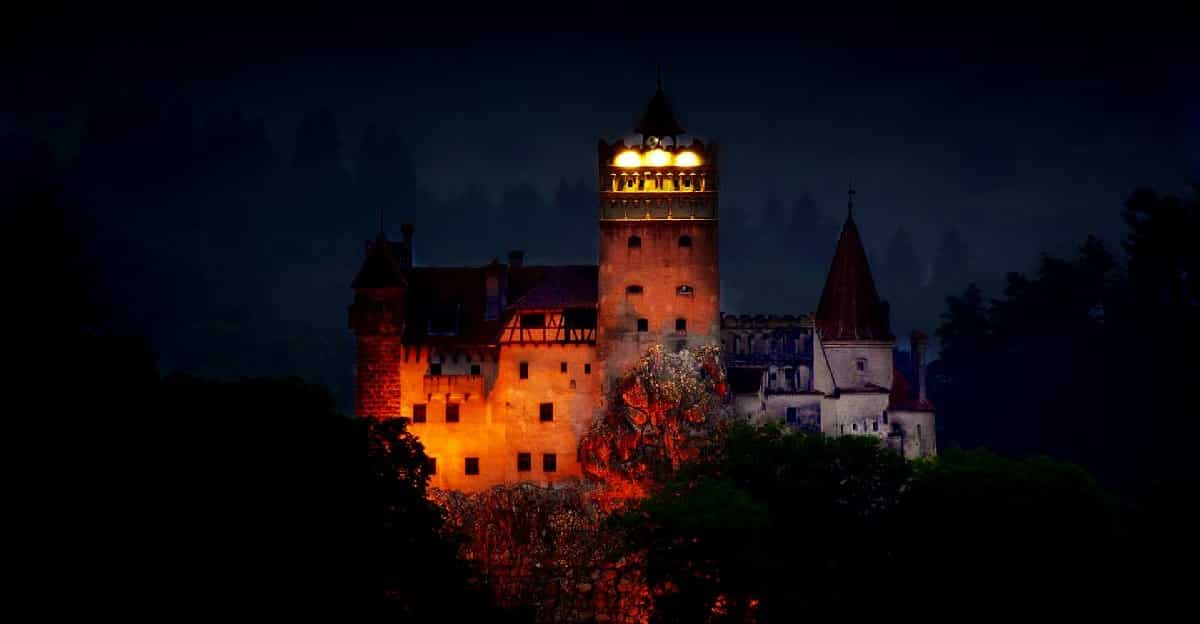 Stoker is believed to have based his description of Count Dracula’s castle on Bran Castle, which is located in the village of Bran near the city of Brașov in Romania. To be more specific, it’s situated on the border between the Romanian regions of Transylvania and Wallachia.

It's not so scary during the day. 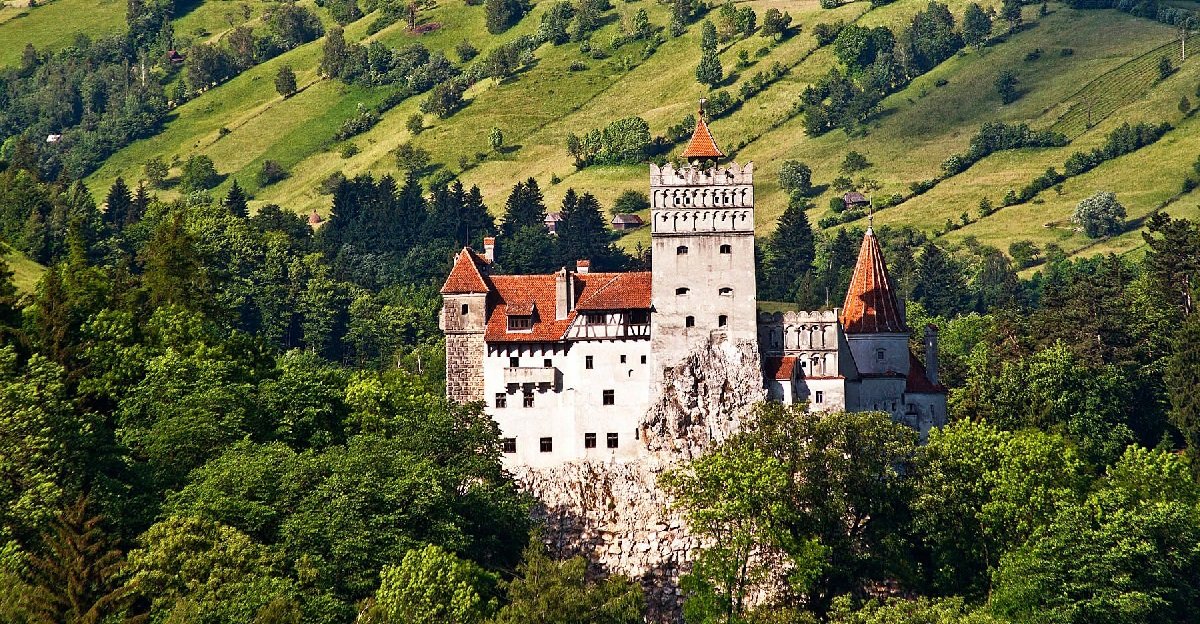 Incidentally, Stoker used Vlad III — the Prince of Wallachia, who was later tagged as “Vlad the Impaler” due to his preferred way of dispensing with his enemies — as the sinister inspiration for Dracula. Vlad III didn’t live in Bran Castle, though, but he was relatively close enough to it. 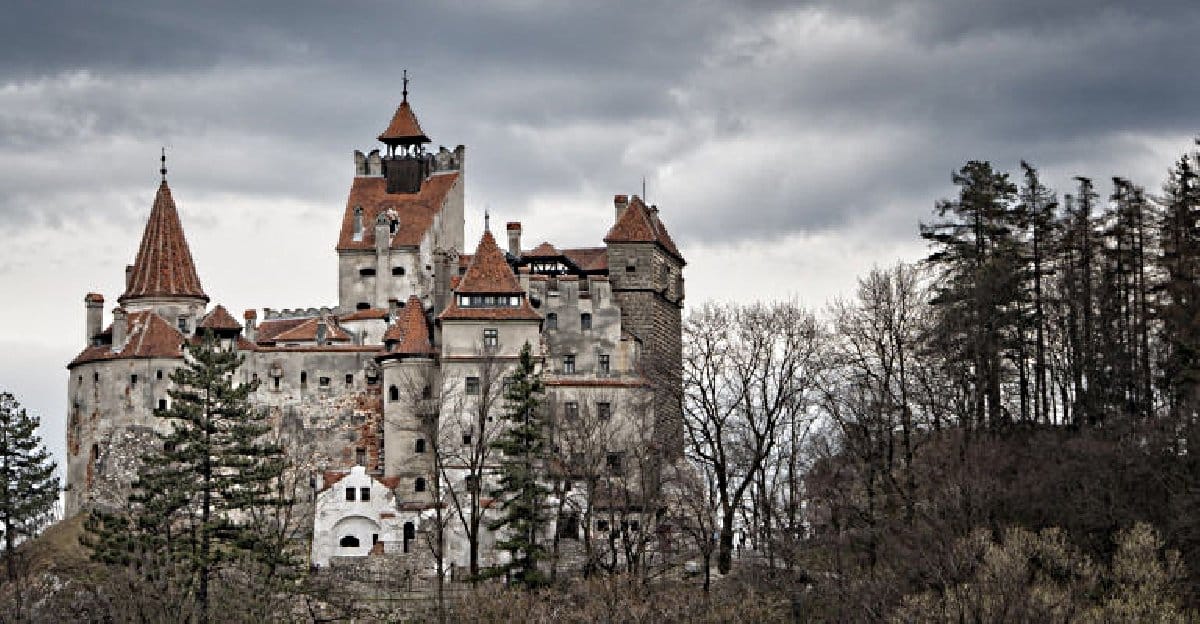 In her Travel + Leisure article, Melissa Locker briefly discusses Bran Castle’s history. She writes, “Built in 1226, it was originally a military fortress, which defended Transylvania. And since it was completed in 1388, the property has had a rather tumultuous ownership history, hosting everyone from communists to to Teutonic knights to Romania royalty to military regiments.”

The current owners of the castle are the descendants of Romania’s former royal family. The Communist-dominated government had announced the permanent abolition of the monarchy in 1947. In any case, the owners want to sell the castle supposedly because they’re already in their 70s and are overwhelmed by the upkeep of the massive estate.

Fog turns the castle into a spooky sight. 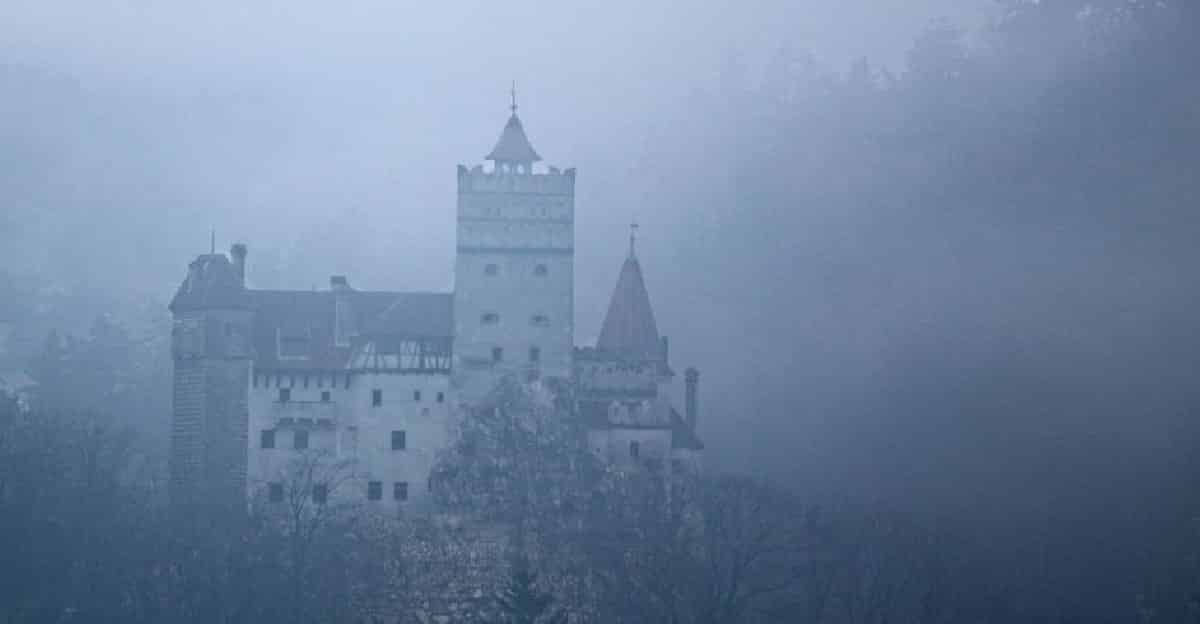 Covering 22 acres, the imposing castle has 57 bedrooms. The catch? It has no indoor plumbing.

Then again, the castle isn’t exactly being sold as a residence. The current owners have turned the landmark into a museum. It has become Romania’s largest tourist attraction.

It's easy to get lost in Bran Castle. 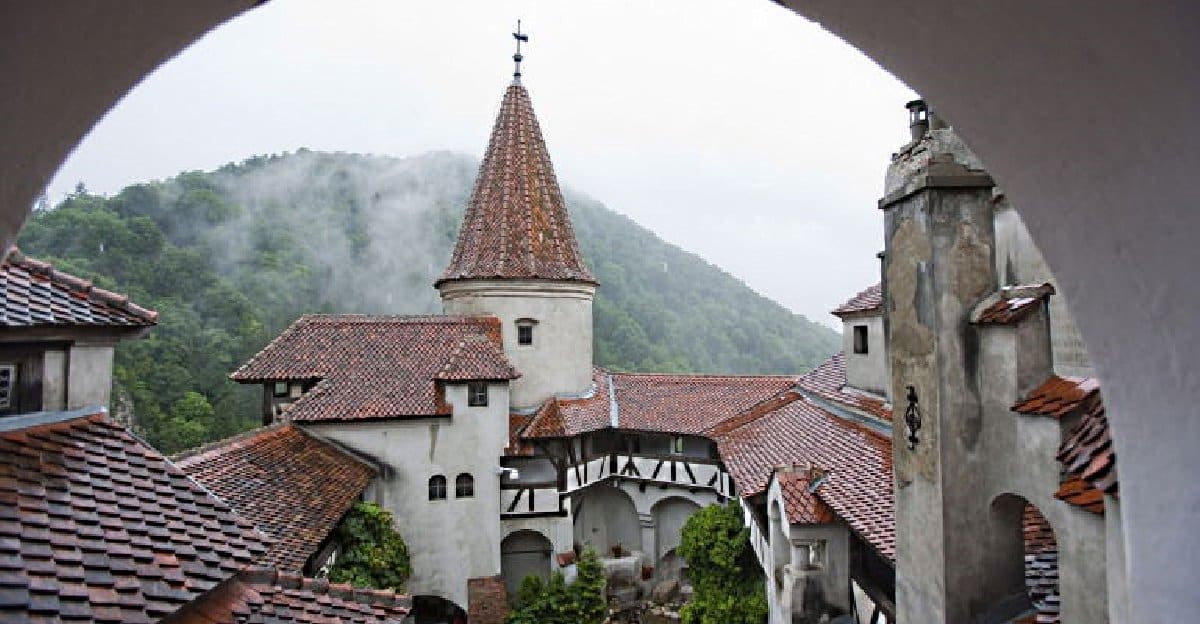 Initially, the castle was listed at $66 million. The Romanian government, though, has passed on the chance to buy it. These days, the owners are said to be willing to go as low as $13 million to sell the property.

The castle also has picturesque spots that won't remind you of vampires. 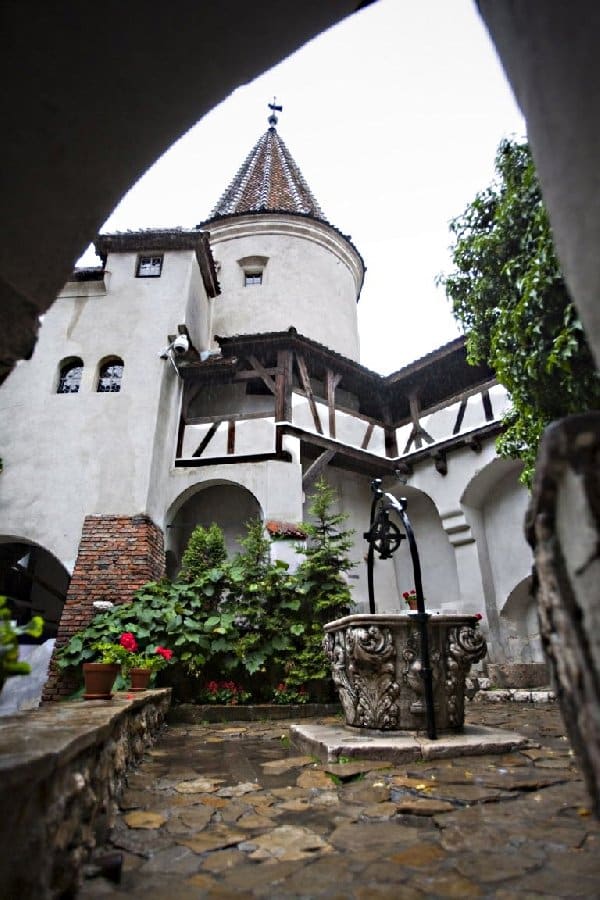 Now, what would Count Dracula say about that? We can imagine him doing his creepy laugh before saying, “That’s a bloody bargain that I can sink my teeth into.”