San Francisco State University (SFSU) student Cory Goldstein loves his dreadlocks — but we bet he didn’t think that they would cause him some trouble.

YouTube user Nicholas Silvera posted a 47-second video showing Goldstein being confronted by a woman as he was walking along a hallway in the campus. Apparently, the woman, who is black, had accused Goldstein of offending her with his dreadlocks.

The woman aggressively stopped Goldstein in his tracks by calling him out for “cultural appropriation.” That means she felt that he was “stealing black culture” by having dreadlocks. The woman insisted that it was her culture, so Goldstein had no right to wear dreadlocks.

He was just minding his own business. 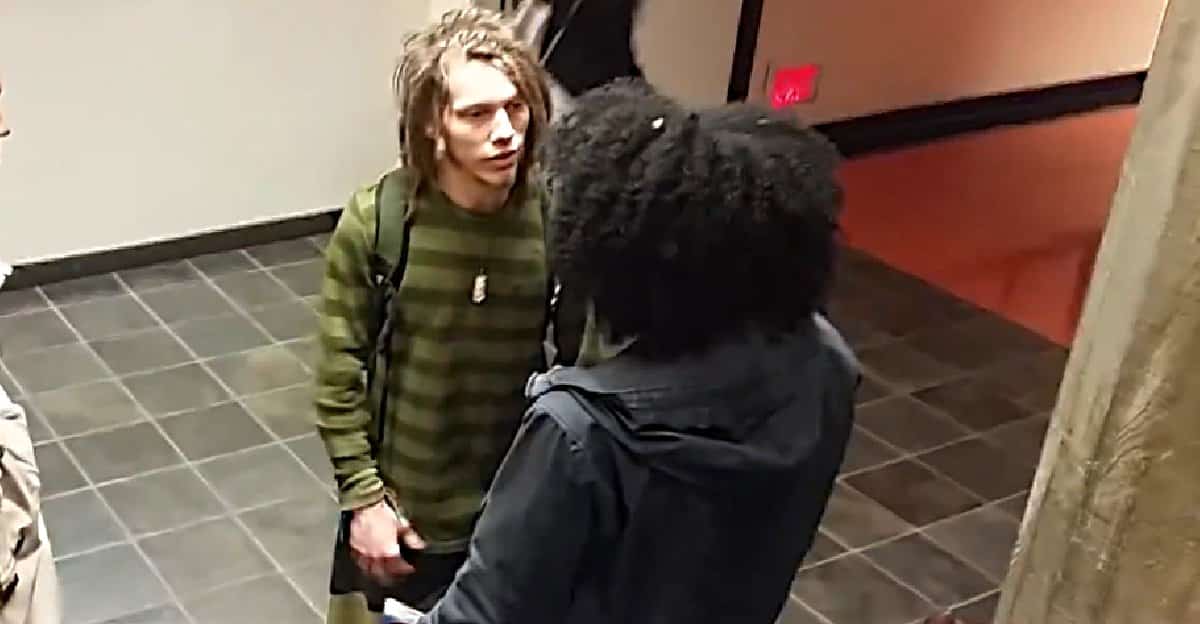 First off, nobody has exclusive rights to dreadlocks.

In the article, “The Fascinating History Of Dreadlocks,” Taylor Bryyan wrote:

“While it’s hard to nail down any kind of exact timeline, we talked to several hairstylists and experts in an attempt to give dreadlocks some kind of linear evolution. While the history itself is fascinating and worth a read, in light of recent pop culture events we also think a quick refresher on all things locs is important to help clear up misconceptions and negative connotations.”

Various studies assert that dreadlocks have been around for a long time, specifically 2,500 BC.

In his upcoming book, Twisted: My Dreadlock Chronicles, Dr. Bert Ashe, professor of English and American studies at the University of Richmond pointed out that the first written evidence of the existence of dreadlocks is in what is now India’s Vedic scriptures. They show the deity Shiva with the hairstyle. Anthropologists have likewise discovered mummies in Egypt with dreadlocks.

Thus, the incident is downright ridiculous, as the woman kept insisting “Because it’s my culture!” At one point, she even asked her companion if he had a pair of scissors, implying that she wanted to cut Goldstein’s hair. She also got mad when she saw that a bystander was filming what was going on. Eventually, Goldstein managed to get away from the hostile woman.

What is this woman’s problem?