What could be a more important day to a devoted couple than their very own wedding day? Brides usually are most excited about their weddings that they see to it that everything goes smoothly during their big day. This bride though from China is different from others as she almost ditched her own wedding to attend to her seemingly more important appointment that day – to play ‘League of Legends’ at a computer shop!

‘League of Legends’ can be a bewitching game! A bride-to-be even refused to attend her own wedding just so she can finish her match on the hit online video game.

This bride was hesitant to attend her wedding as she had an important match to finish on ‘League of Legends.’ 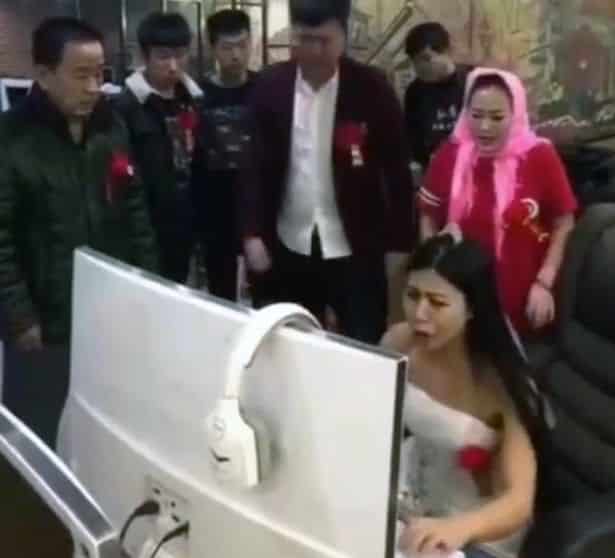 The bride was already reportedly very late on her wedding. The wedding goers learned that she was at a computer shop, playing. Her future in-laws and husband then went to beg her to leave her current battle, however, the woman refused to leave.

Her groom then came to take her out of the computer shop but she asked for some more time before they leave. 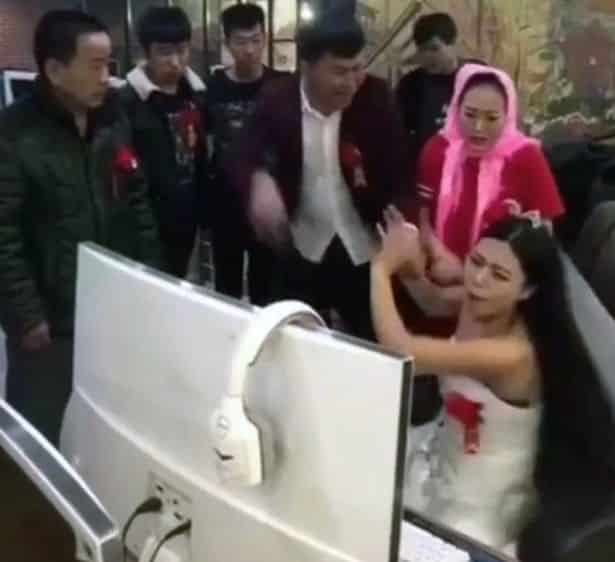 In a video of the confrontation, the bride was already dressed in her white wedding gown as she was playing. Her hair was even already fixed and her makeup was already put on. As she was reportedly engaged in a tense mid-match battle with her opponents, she declined to leave her seat and asked for a few more moments until she finishes her game.

The seemingly future mother-in-law of the bride was already screaming:

Her groom, on the other hand, was already anxious and shouting:

“The ceremony is happening soon.”

As they cannot get the woman to stop playing, the groom was slapped on the face by his father who said:

“What’s wrong with you? You can’t even control your own wife. Now drag her out of here.”

The groom then pleads for the last time for his wife to come with him. He and his two friends then physically dragged her from her chair and pulled her away from the computer.

Her groom then had no choice but to drag her out of the computer shop to go to their wedding venue. 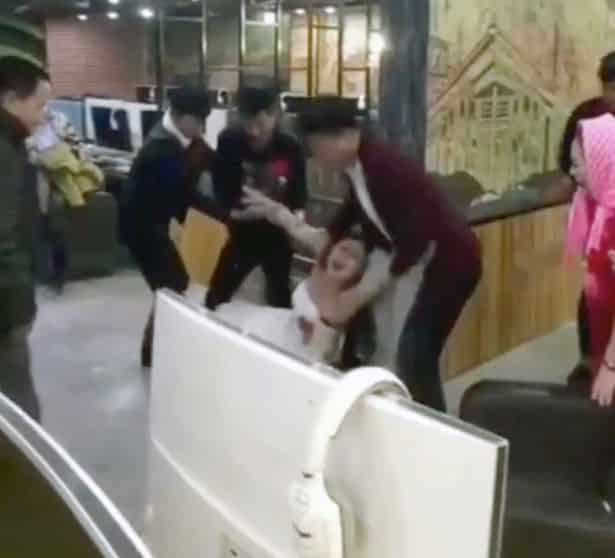 The incident was indeed odd for a bride-to-be who should be celebrating her happily ever after. According to Mirror UK, some people then think that the viral video was only staged.
Watch the talked about footage below: