They say you should be careful with what you wish for because you might just get it. However, in the life story of Chris Koch, it was “be careful with your jokes because it might just define your loved ones’ life.” The joke that his grandmother cracked though molded him in a positive way and his disability didn’t stop him from becoming a diligent worker.

Chris was born without forearms and legs. Despite these parts that’s missing from his body, he was completely healthy. He was also fortunate that he was born into a family who gives him full support, but they also made sure that he will grow up independently like anyone else who was born normal.

Chris was born without arms and legs when his grandmother joked about hus father not finishin anything. 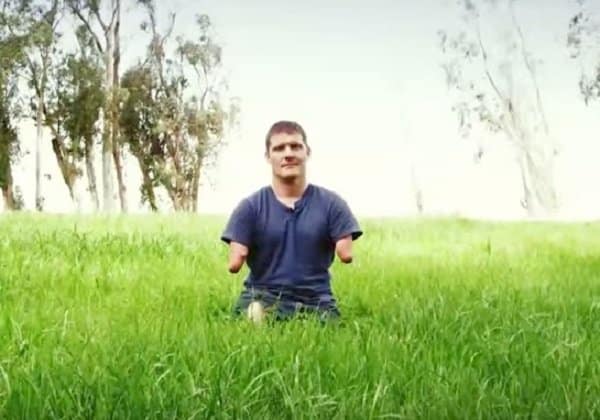 The passionate farm worker said he grew in a happy family where the members have a great sense of humor. Not to mention his grandmother who had a rather sarcastic and dry sense of humor. Chris shared the story about his grandma cracking a joke just a few hours after he was born. The old lady reportedly said that “Bruce (Chris’ father) never did finish anything he started.”

Chris then proved that he was different from his father and that he can finish his tasks even if he doesn’t have arms and legs. Although he cannot drive legally in his condition or operate a chainsaw, he said he is capable of doing almost everything a ‘normal’ person could do. He explains:

“It takes me upwards of 400% more energy to do everyday tasks than someone with arms or legs. I’m hopping on one leg, it’s a good little workout.”

Chris serves as a farmhand at Apricot Lane Farms. He renders his help all of the tasks and needs of the farm and that even includes driving a tractor. He said he grew up riding tractors and when he reached the age 9 or 10, he decided to start driving the equipment himself.

The inspiring man indeed grew up in total independence as his family raised him just like any other kid. Chris said his family did not limit him just because of his disability. Chris shared his heart-melting conversation with his dad where he sked his father “what did you do differently with me than you would have any other kid?” and his old man simply told him “Nothing.”

Chris works in a farm and he loves to drive tractors even without his arms and legs. 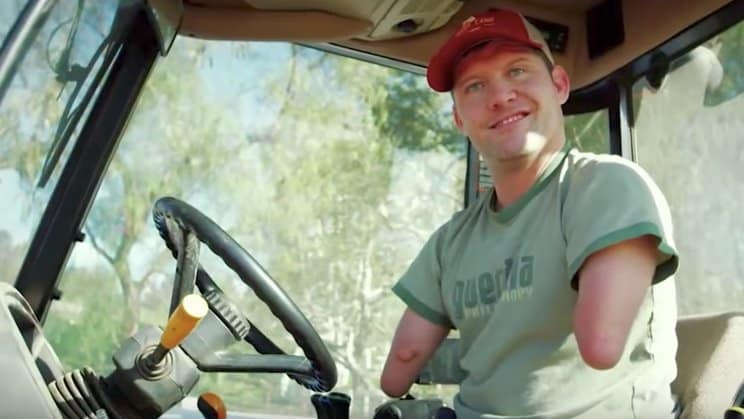 As a child, Chris owned prosthetic limbs. However, he hated wearing them. He would even be sent to the school office for not wearing them on. For Chris, the prosthetics didn’t feel right for him since he didn’t actually feel that he didn’t have any arms or legs. He felt like the other kids who are “complete.” He said:

Watch Chris’s powerful story from the video below: