The Philippines is a predominantly Catholic country and the Holy Week before Easter is an important event here. The faithful express their worship in different forms during this time, but perhaps the most extreme practice comes in the form of crucifixions, which happen in different parts of the country during Good Friday. 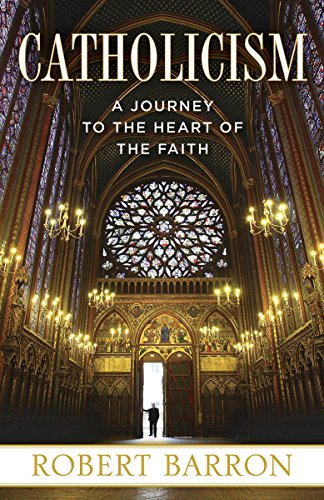 Catholicism: A Journey to the Heart of the Faith
$14.99
Buy on Amazon Price incl. tax, excl. shipping

As thousands of spectators look on in dusty fields under the scorching midday sun, penitents get nailed to crosses by men dressed as soldiers of the Roman Empire, re-enacting the crucifixion of Jesus Christ.

“This is my personal way of thanking Him (God) for healing me,” says 59-year-old Willy Salvador, a fisherman, moments before being dragged barefoot through the streets of a village called San Juan.

Devotee Willy Salvador is nailed to the cross.

“I know you would not believe me, but God helped me recover from a nervous breakdown,” he says. Salvador has been doing this ritual every year since 2006.

Taken down from the cross after a few minutes…

The penitents spend only a few minutes on the cross since the nails can’t bear their weight. They will be taken down shortly and their wounds will be tended to.

Aside from people who get nailed to the crosses, there are devotees who resort to self-flagellation as their show of worship. Hundreds of shoeless men walk in slow procession while they lash their own backs with homemade whips.

Some lie face down on the hot pavement and let assistants do the whipping.

The church doesn’t actually approve of the practice, but it has become a major tourist attraction, drawing lots of Western tourists to witness the spectacle. The event has become a day of business for vendors, who hawk souvenir shirts, food, and drinks to sightseers. The chief of San Juan village said that these rituals were part of the country’s culture, which was converted to Catholocism when the Spanish conquered it during the 16th century.

This is The World’s Most Dangerous Tree – And Every Part of it is Deadly!

Be warned: Every part of this tree—from the bark and sap to its leaves and fruits—are extremely lethal.

The ”manzanita de la Muerte”, which translates to little apple of death, sounds like the fruit that snow white’s wicked stepmother had offered her in the classic fairy tale. But this sweet fruit didn’t manifest through a spell. It came from the most dangerous tree in the world---the manchineel.

The manchineel is native to South Florida, the Caribbean, Central America, and northern South America. This unostentatious looking tree has bright, shiny green, oval-shaped leaves. It is usually just a bit taller than a shrubby bush, but it can grow up to 50 feet. Its bark is grayish-brown in color, and it's fruit, which resembles a green crabapple, is sweet-smelling and very tempting.

Some individuals have a habit of patiently putting up something (even if it takes them hours and hours) just to experience the pleasure of seeing it destroyed or collapsed within seconds or minutes. It's like when people strategically organize dominoes so that a light tap will orchestrate a chain reaction that would ultimately create a visual masterpiece.

There’s beauty and a sense of satisfaction when you see hundreds of domino tiles fall down sequentially, don't you think so?

Now, picture that kind of chain reaction, but this time, add the element of fire.

No, this isn’t an optical illusion. And yes, these rock formations have baffled most people!

The mountain of Vottovaara, which is located twenty kilometers southeast of the Sukkajärvi in Karelia region of Russia, may not be a hugely popular tourist destination yet, but its unique attractions are definitely worthy of crowds.

The region was once covered by a sheet of ice that was seven kilometers thick. Then, about 9,000 to 10,000 years ago, the ice started to melt. It is believed that the region's environmental conditions are responsible for the highly unusual rock formations on Vottovaara Mountain.

A huge boulder resting on rocks.