Torture has played a huge role in humanity’s existence since the archaic times. It’s often used as a form of punishment to either extract information or prevent the target from doing certain stuff. Over the course of years, torture has taken various forms in different cultures. Perhaps one of the most interesting – and most excruciating – is crucifixion. This was widely popularized by the Romans who used it to kill Jesus, the central figure of Christianity.

But believe it or not, the pain suffered by the crucified goes beyond the nails used. Something more takes place and in modern times, researchers have been trying to study the process that a victim’s body undergoes during this kind of torture.

From the physical to psychological, scientists are able to prove that there’s more to what most people believe happens during a crucifixion. And, in fact, the results are far more gruesome.

Below are 10 facts about crucifixion and how excruciatingly painful they actually are. 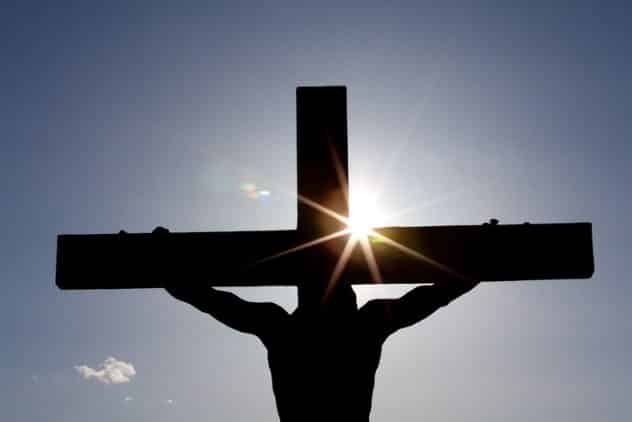 One of the most interesting facts about crucifixion is suffocation. The victim basically suffocates after hours – or even days – of being hanged on a cross. Just imagine the weight of his body being pulled down by gravity, affecting the diaphragm and thus complicating breathing. The only way for the victim to extend his life is by pushing up using his legs to support his weight. But of course, the process will soon tire his entire body. 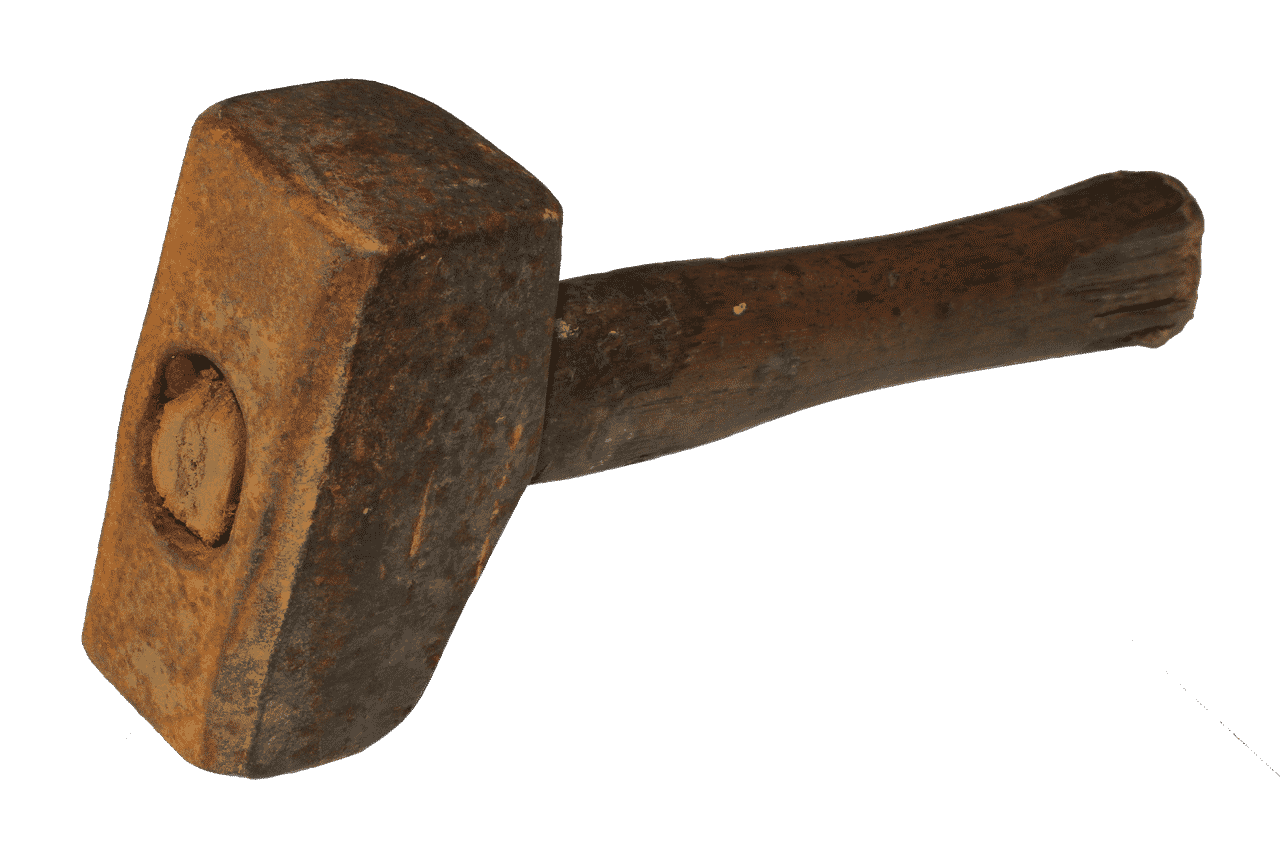 There are cases in which a victim, despite the long hours, doesn’t die in crucifixion. This is where the executioner decides to end the victim’s fate by breaking the victim’s legs. This is done by using a heavy, large mullet to break the femur bones. This will eventually prevent the person from having the ability to push his body upwards, thus forcing him to suffocate. Breaking the femur bones, in particular, is said to be the most painful thing an individual can experience.

#8. The nerves found in the arms get rubbed against the nails’ metal. 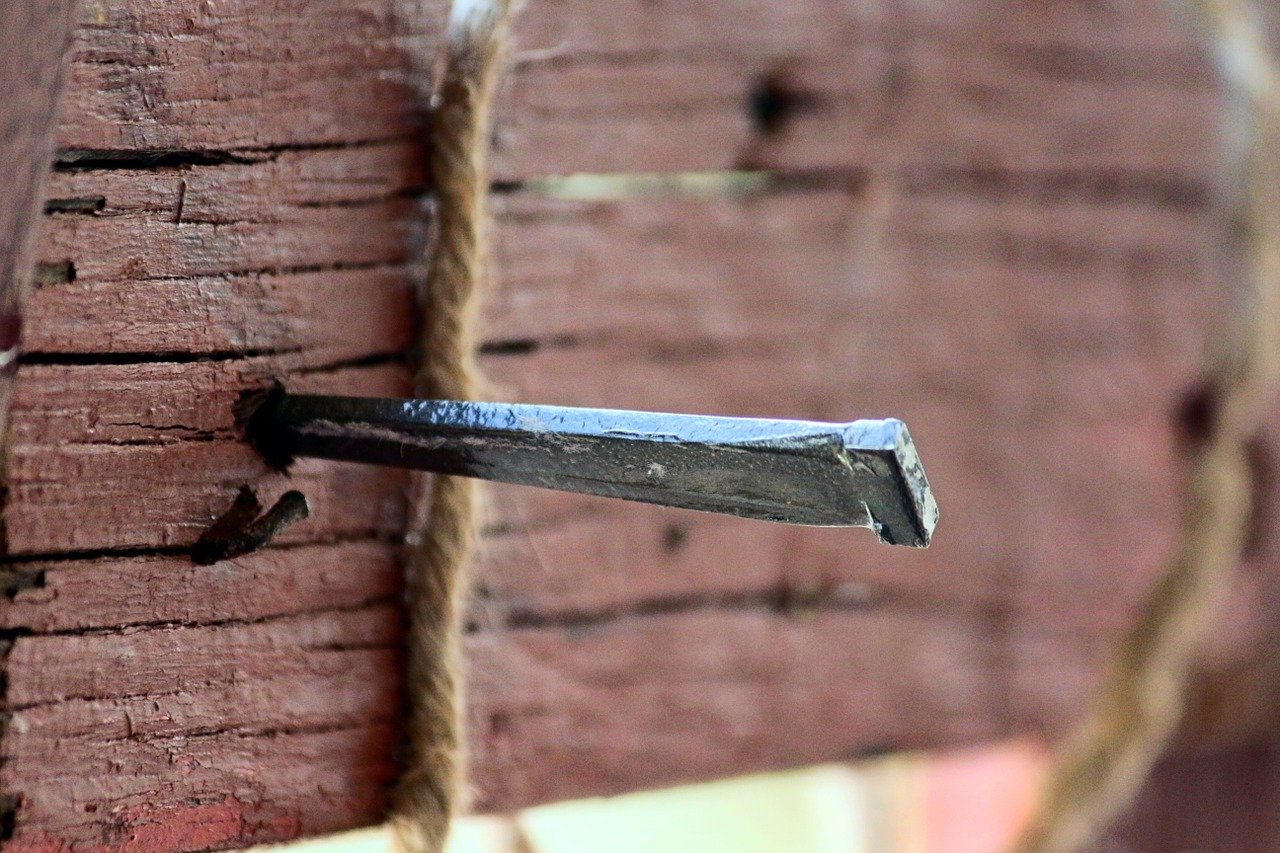 Impaling the nails onto the victim’s hands will pierce the main nerve that’s running through the arm. So when the victim tends to push for air, his wrists rotate against the nail. This will eventually affect the nerves and will cause extreme pain in the arms. This can be likened to having an arm being cut off and then having a piece of bone pressed into the newly opened wound. Painful, right?

#7. Skin and muscle are ripped prior to crucifixion. 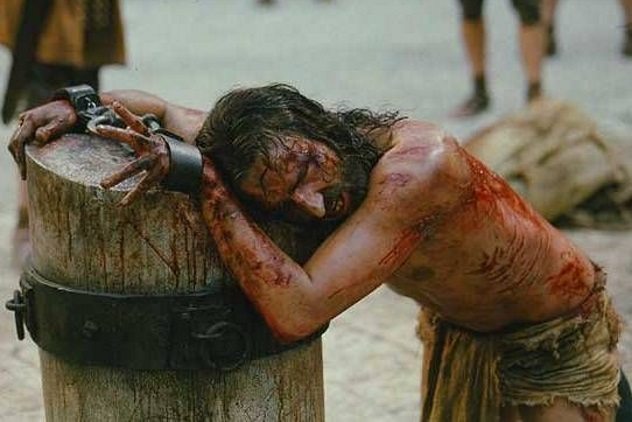 Again, crucifixion is more than just nailing and hanging. There are just a lot of things involved before and after it. Among these is the beating using a nine-tailed whip, which sometimes has bone clippings and/or metal tips. The executioner will strap the victim to a log of wood and will beat him to death. During the process, the victim’s skins and muscle start to rip apart. Even the bones will sometimes tear to flesh, causing tremendous pain all over the body.

#6. The wooden splinters only causes extreme pain to the scourged flesh. 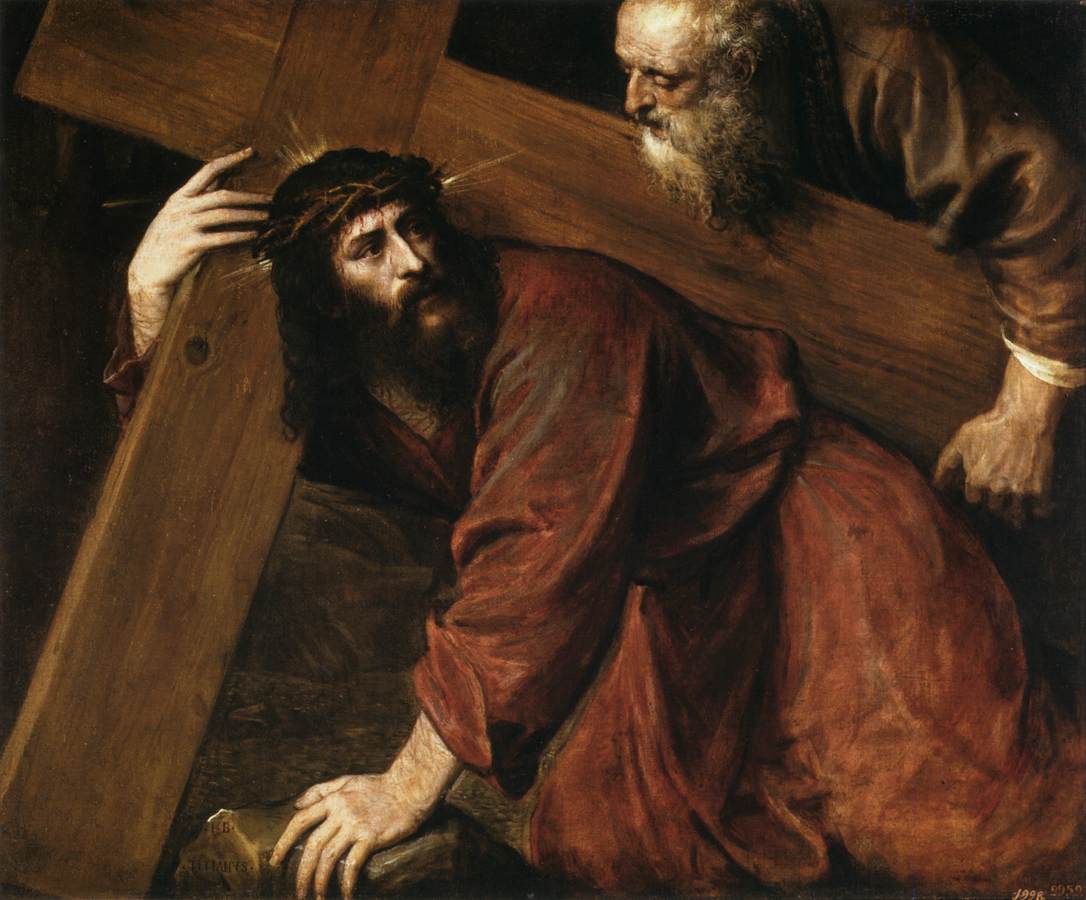 Following the whipping and beating, the victim will be forced to carry a wooden beam. This is basically the cross where he will be nailed. Apparently though, the wood is neither smoothed nor treated. It’s different from the ones you see on TV wherein the cross looks clean and shaved. This is made so as to give further punishment to the victim’s body. As he carries it, the uneven surface of the wood tends to scourge his flesh further. And if he falls, he will be beaten using the whip. 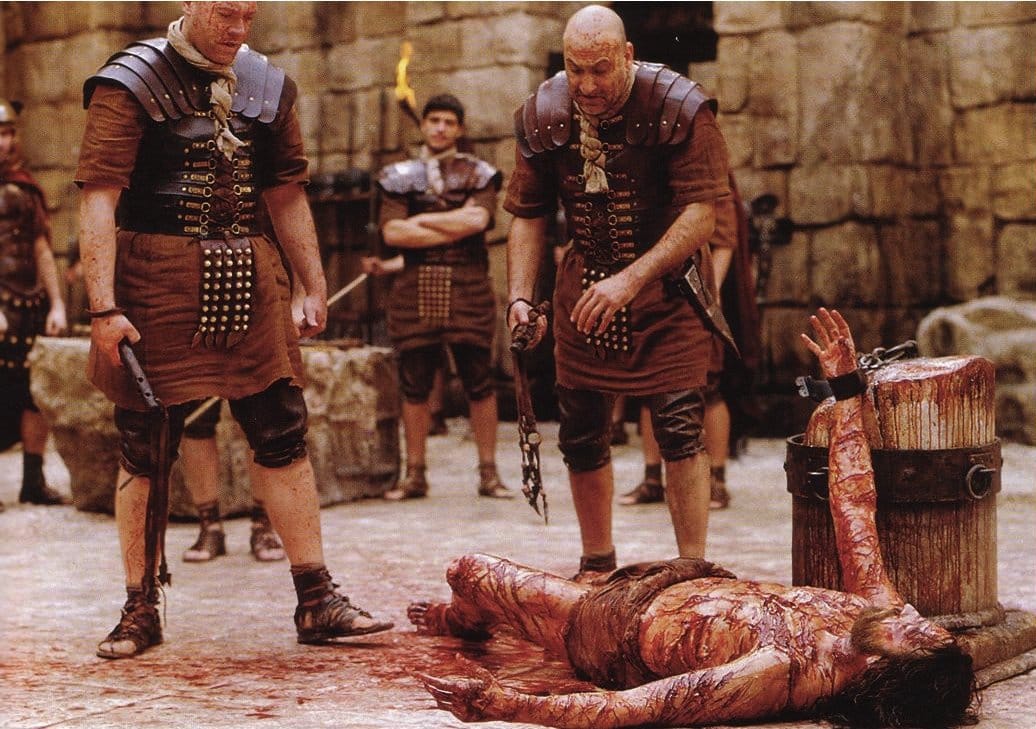 Source: The Passion Of The Christ

According to Listverse, the beating alone is enough to bring the victim onto a hypovolemic shock. This happens whenever a person loses 20 percent or more of his blood supply. The loss eventually depletes the body of oxygen. As a result, his heart will not pump for more blood. The cycle is not only vicious, but it’s also inevitable once it occurs. The process just continues until the person either dies from it or the crucifixion. 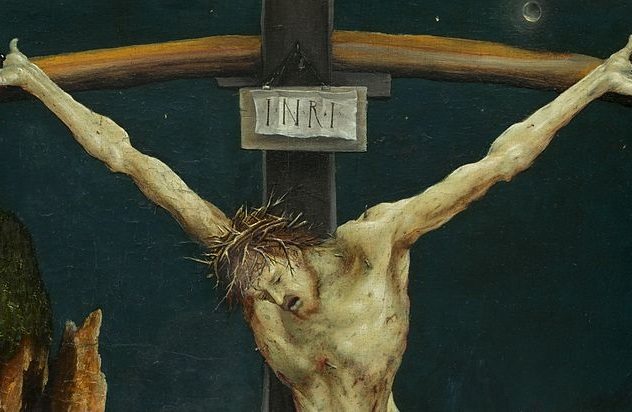 This one happens during the process of crucifying the victim. Basically, his shoulders are stretched in order to accommodate the length of the wooden beam. This allows the executioner to nail the victim on the right spots. Sometimes, though, the beam fits to victim’s body dimension. But this doesn’t mean he’s safe from shoulder dislocation.

After his hands or wrists are nailed, the feet are yet to be nailed. Executioners do this after the beam, with the victim on it, is lifted. As this happens, the victim has no support from beneath to keep his body lifted and thus he hangs with the nails as his foundation. This alone can cause so much pressure to his shoulder joints, leading to dislocation. 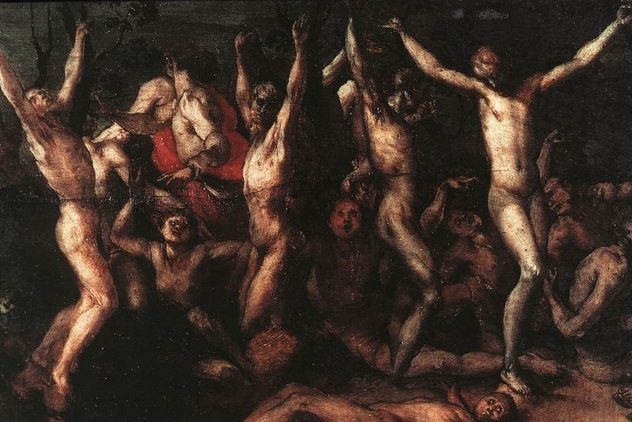 Since the body barely obtains oxygen, is natural response is to hyperventilate. This is where the heart pumps harder just to compensate the lack of oxygen in the body. But due to the stress of doing so, the heart enters cardiac arrest. This will then lead to death, as the process causes rupture inside the victim’s chest cavity. 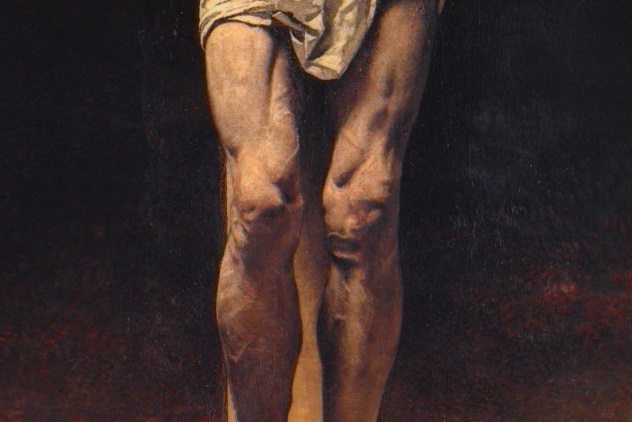 When hung on the cross, the victim’s knees are usually bent at around 45 degrees angle. This forces him to sustain the overall weight of his body using his thigh muscles. Remember that supporting the body’s weight using bended knees is quite painful even for a few minutes only. In crucifixion, the process happens for hours or days. Just imagine the muscle cramps and spasms a victim must undergo. And there’s nothing he can do about it. He needs to support, as it’s human nature for the body to demand survival.

Keep in mind that vital organs are also recipients of oxygen. But since the crucifixion demands heavy pressure on the victim’s body, oxygen intake becomes lesser. Proper flow of oxygen no longer happens in the body, forcing the vital organs to signal the brain. And what medium do they use to communicate? Pain. The victim begins to feel the pain from his insides.