In the world today where temptations seem unlimited, almost every romantic relationship go through some cheating dilemma that sometimes leaves lovers broken. Social media is already filled with stories about cheating partners and those who are in a relationship have already grown resourceful when it comes to catching their lovers on the act.

A suspicious girlfriend came to Youtube channel “To Catch A Cheater” to find out if her boyfriend is cheating on her. The team set the boyfriend in a honey trap with a pair of stunning Asian twins to see if he will give in to temptation.

A suspicious girlfriend decided to see if she could catch her boyfriend cheating by setting him up in a honey trap with stunning Asian twins. 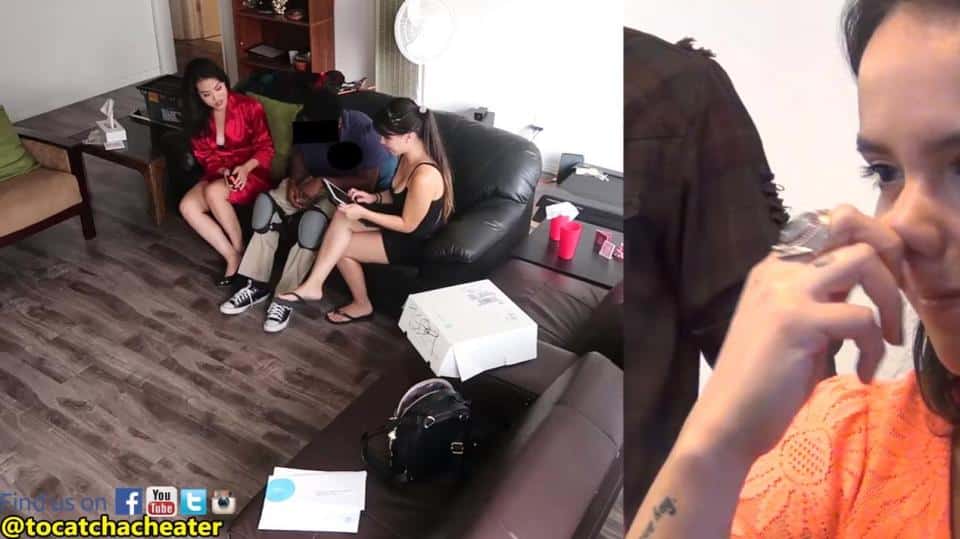 The girlfriend turned to the show to put her mind at ease about her doubts with her boyfriend’s loyalty. The show then booked the telecommunications installer to do a job at the house of two undeniably sexy women.

The boyfriend was clueless that his booking with the twins was just setup. 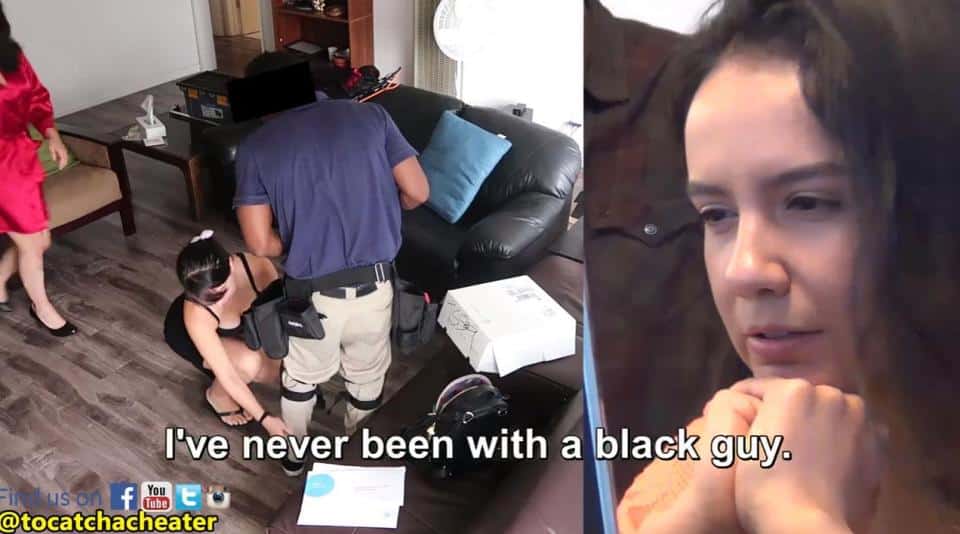 As the boyfriend arrived to his booking, the girls started seducing him by asking him to help them select the better lingerie from two options. The man then selected the red, silky corset before asking if the girls are sisters. They then revealed that they are identical twins.

The girls then started to seduce the boyfriend, but he was firm on staying loyal. 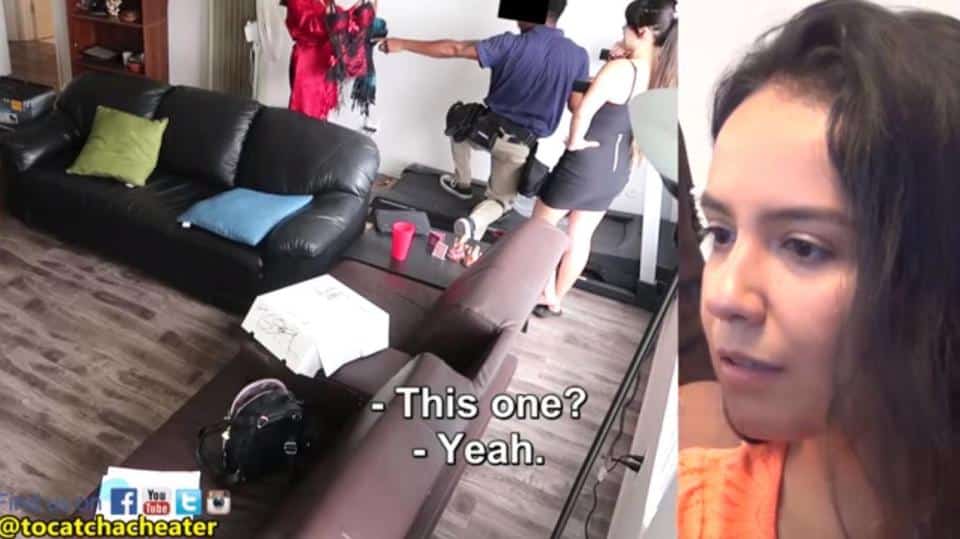 However, the game was just starting and the girls then asked him to choose whose butt is the best. The installer then looked uncomfortable and gave hints that he is reluctant to take part in their game. From the footage of the trap, he can be heard saying:

“Um I really shouldn’t be doing this, guys.”

The boyfriend even told the ladies that he loves his girlfriend. 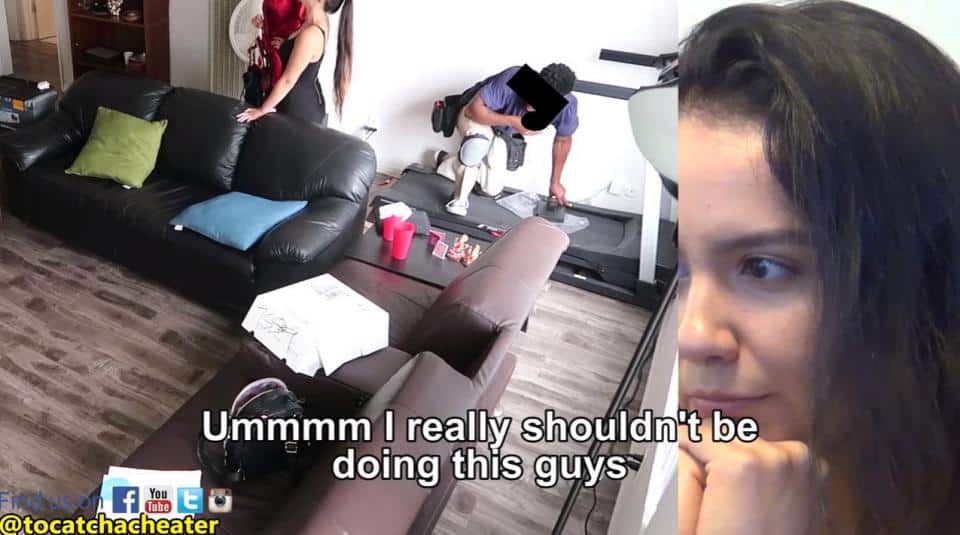 The twins then asked the man if he already has a girlfriend to which he replied “yes” and stressed out that he is in a relationship for two years now. In short, the girls were unable to lure him to flirt with them despite their attempt to get up close and personal.

Back in the studio, the doubtful girlfriend was able to prove that her boyfriend is faithful to her but she didn’t seem delighted. Instead, she looked disappointed to see her boyfriend passing the cheating test.

The girlfriend was however disappointed s she was hoping her boyfriend would cheat on her. 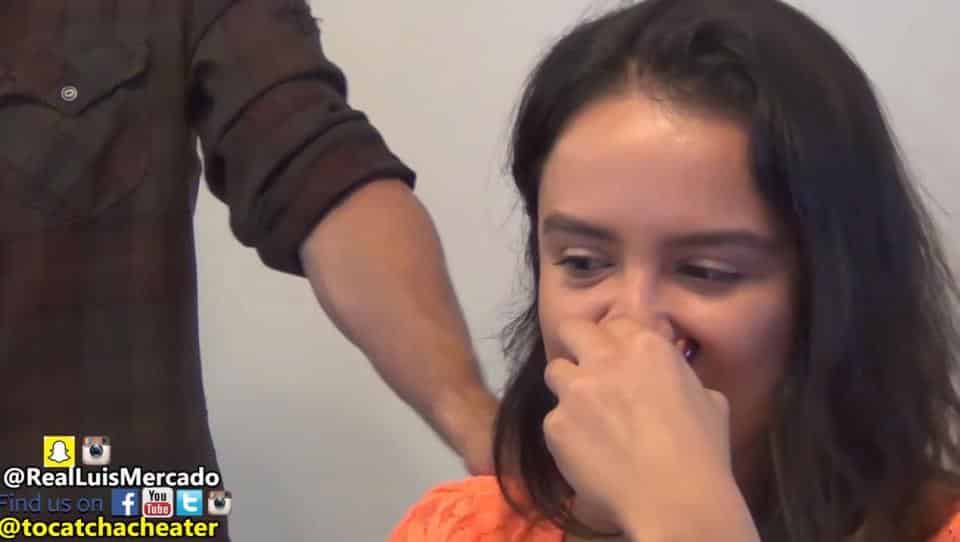 When host Luis asked the girlfriend if she feels bad for suspecting her boyfriend, she dropped a shocking revelation that she was actually the one who has been cheating with a co-worker. The woman then admitted that she hoped to catch her boyfriend misbehaving so she can have an excuse to end their relationship.

The girlfriend then revealed that she us the one cheating with her co-worker. 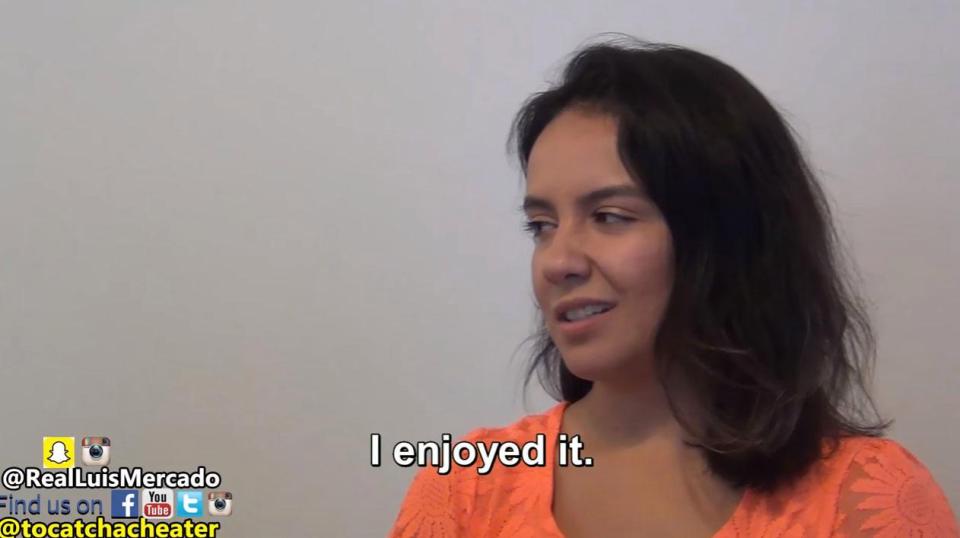 Shocked to hear the truth, the host then asked the girlfriend if she enjoyed cheating to which she did not hesitate to answer:

Watch the video of his girlfriend trying to catch her bf cheating so she can have a reason to dump him.