Among all animals, dog is famous for being tagged as “man’s best friend.” For Tristan Murrin and his family — who live in Richmond, Virginia — a German Shepherd named Oden has definitely earned that title.

In keeping with their usual routine, Tristan and his mother had been away from the house for most of the day. The only one who was left inside their home was Oden. They trusted the German Shepherd to be left on his own.

Tristan shows reporters the front of their home. 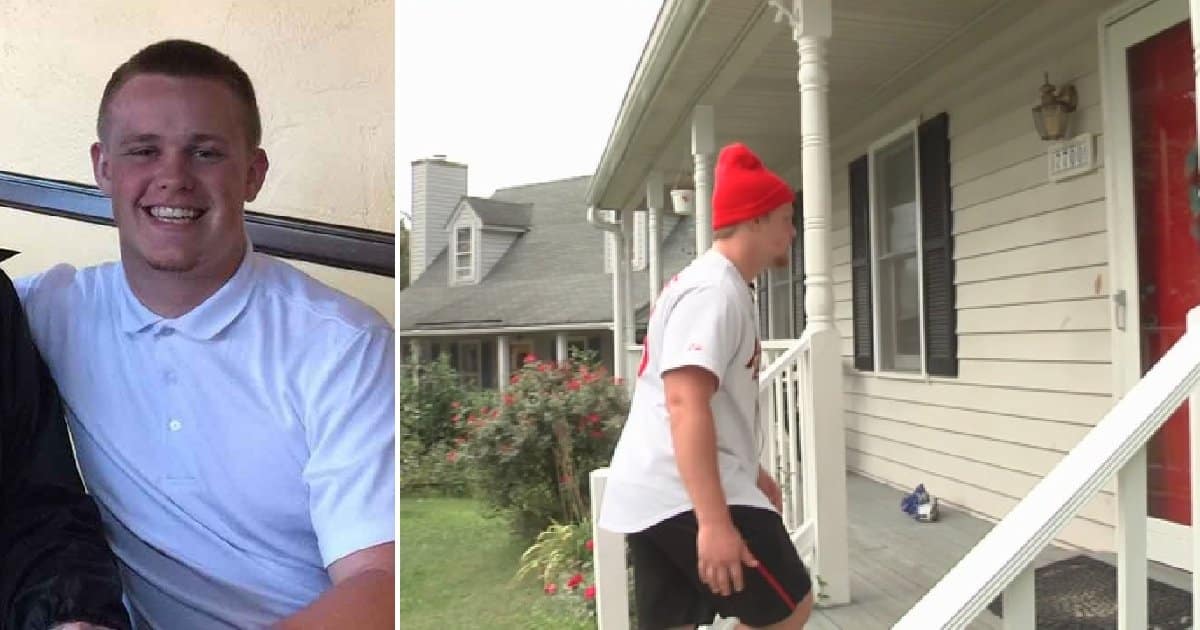 According to Tristan, that day seemed just like any other day. In fact, he and his mother didn’t notice anything amiss when they first opened their front door. However, they were alarmed when they saw drops of blood on the carpet.

Then, Tristan and his mom also saw that blood had also splattered all over the doors leading into rooms. That’s when they realized that Oden must have gotten into a fight with an intruder.

The bloody evidence shows the intruder must have tried to avoid Oden. 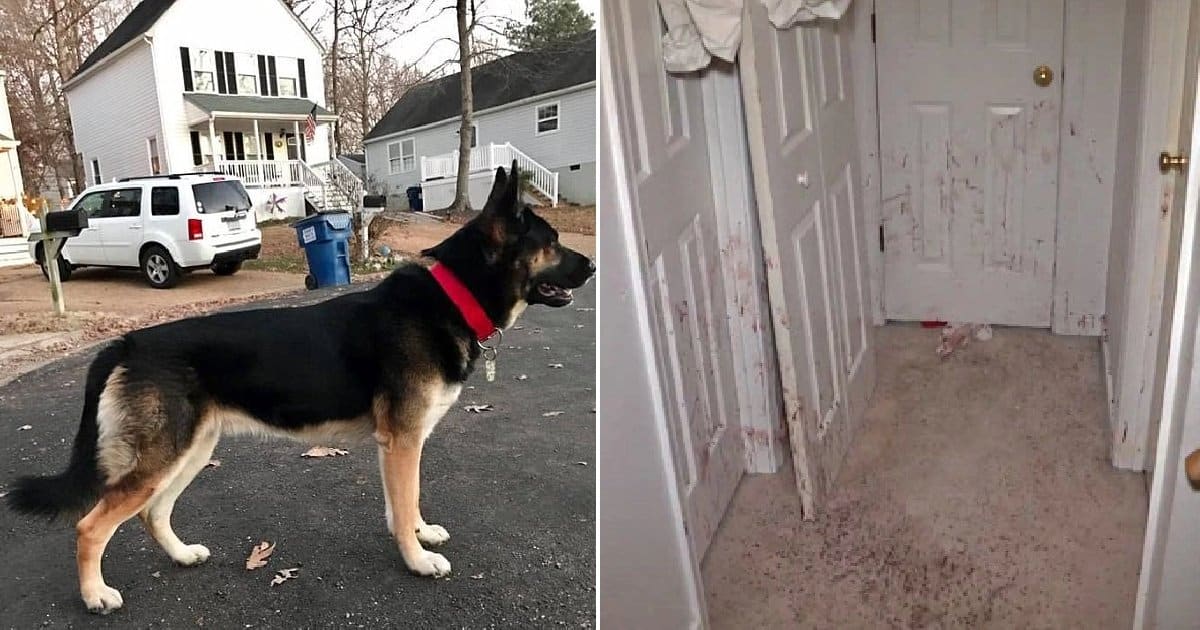 In his interview with local TV station WRIC, Tristan revealed,

“I walked in with my mother and there were blood spots on the grounds, we looked upstairs and we could see trails of blood coming from upstairs going all the way down.”

Tristan later told reporters that there had been several robberies in their neighborhood. It was likely that their house had been the criminal’s latest target. However, thanks to Oden, nothing was stolen from the Murrin home.

Tristan uploaded a video “tour” of his bloody house.

Naturally, the Murrins were very happy about Oden’s handiwork — nevermind the bloody mess. The intruder may have gotten away, but Oden really taught him a lesson.

As you can see, Oden only turns fierce when he encounters criminals. 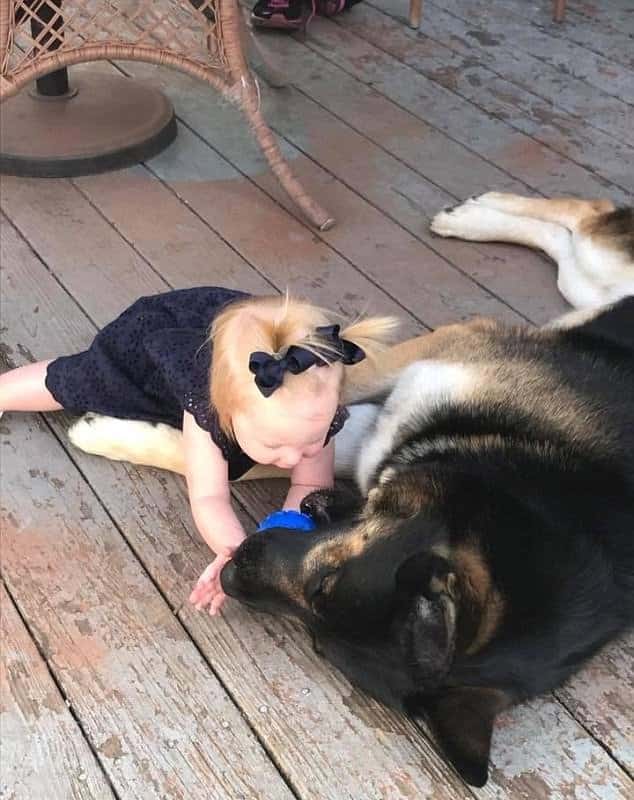 Tristan pointed out that Oden is actually a very gentle dog. Apparently, all the kids in their neighborhood are friendly with him.