There is still a lot of controversy surrounding vaccinations with some people being opposed to having their children treated. However, one furious mom decided to go after anti-vaxxers with a truly compelling speech. The young mother revealed that her 15-day-old son had been exposed to measles because someone refused to have their child vaccinated.

Jennifer Hibben-White wrote about her experience on Facebook. The young mom revealed that she received the bad news from her local health center. Hibben-White was told that she, her mother, and her baby Griffin were exposed to measles when they went in for a newborn weigh-in appointment. “Someone who later developed measles sat in the doctor’s waiting room between 1 hour before and 30 minutes before we arrived,” she wrote. Unfortunately, this meant that Hibben-White’s 15-day-old son could get measles since he has not yet been vaccinated. 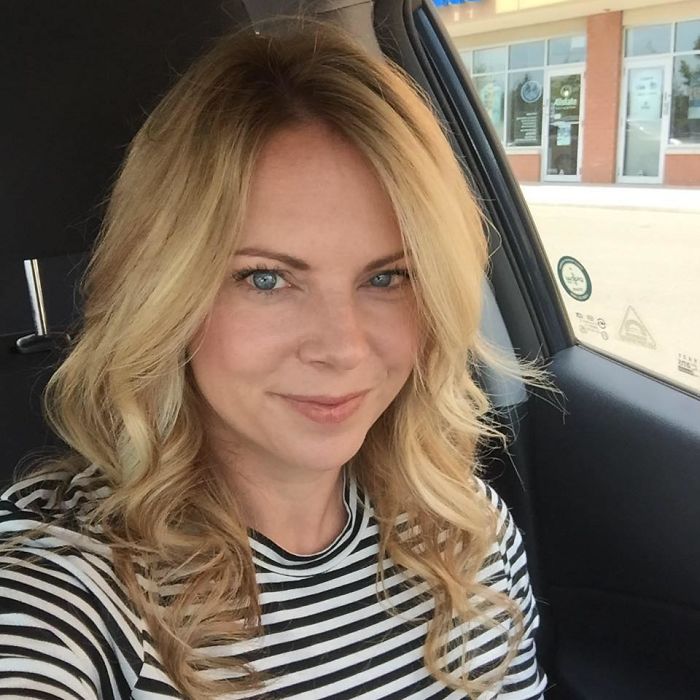 The Measles, Mumps, and Rubella (MMR) Vaccine is usually given to children 9 to 15 months of age with a second dose being administered at 15 months to 6 years of age.

Since Griffin was only a few days old when he was exposed to measles, there is not much that can be done for the baby. His mother was advised to observe her son for a full week after exposure.

Needless to say, Hibben-White was furious about the incident. She immediately took to social media and posted an “angry as hell” rant calling out anti-vaxxers for putting her child in danger. 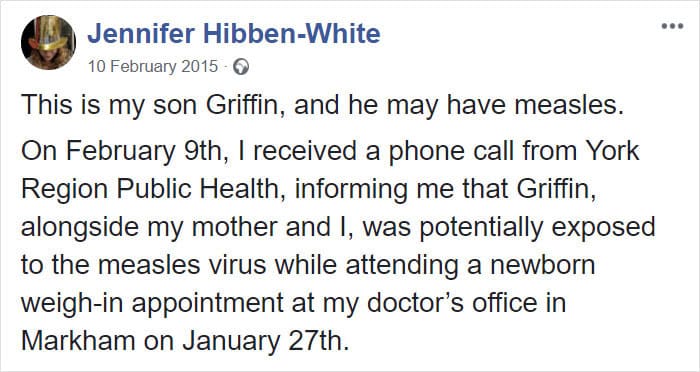 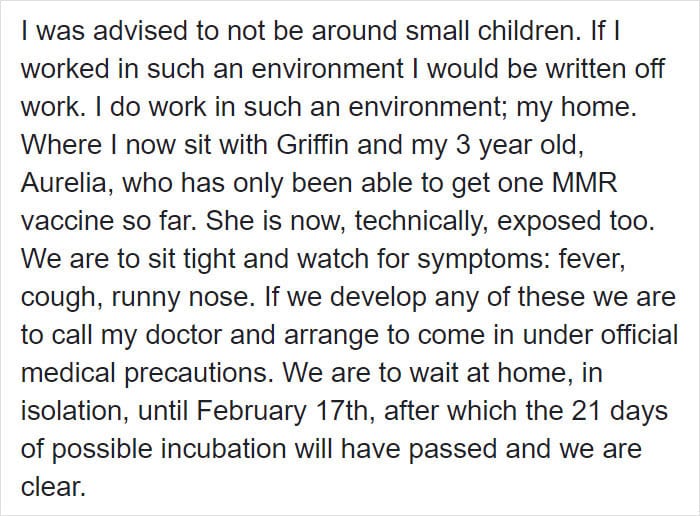 There was a good reason for Hibben-White’s ire. In her post, it was revealed that she had previously lost a daughter to an incurable disease. The child was only five years old and there is little doubt that the mother wasn’t ready to lose another baby.

What do you think of this furious mom’s rant against anti-vaxxers? Do you agree with her reasoning? Let us know in the comments below.