There’s a huge difference between being a wanderer and being a stray. This distinction is evident in a surprisingly friendly dog from Longville, Minnesota. This friendly dog’s name is Bruno, and for the past 12 years, he has been walking 4 miles to town just to say hello to the townspeople.

Ears up, tongue down, Bruno makes the daily commute from Lake Country to town. And while not everyone in the town is acquainted with each other, every one of the townspeople know Bruno.

Bruno walks 4 miles every day just to get to town. 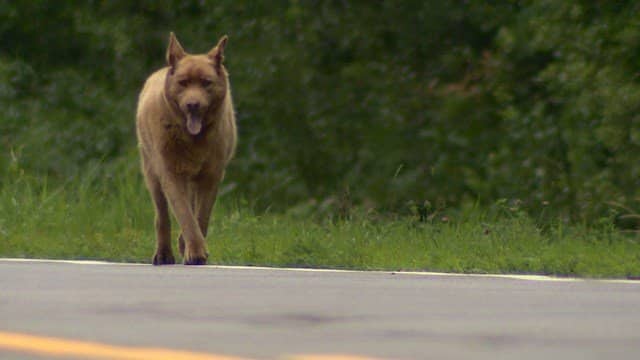 Bruno’s daily routine conveniently starts off with breakfast at the back of Tabaka’s grocery store. He then drops by city hall for a bit before he heads off to the local ice cream store. And off to wherever else Bruno feels like heading to. And of course, along the way the people who recognize him would give him a treat, a drink of water, or a friendly scratch behind the ear.

Everyone in town knows Bruno, and they give him water, treats, and friendly pats. 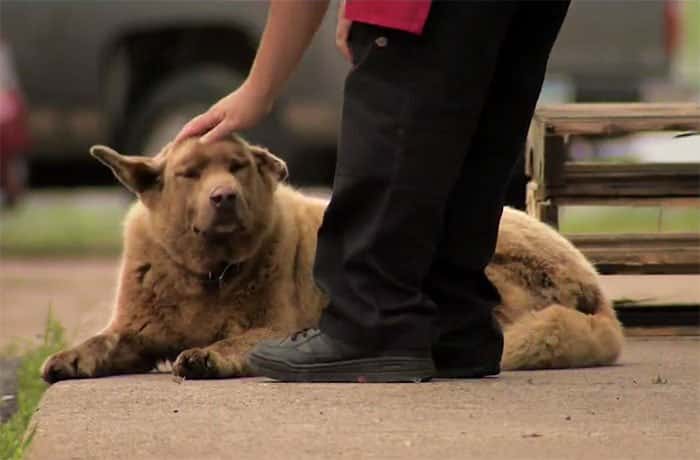 When Bruno was a pup, he was found in the driveway of Larry LaVallee. The man mistakenly thought Bruno belonged to Larry and decided to return the pup in case he got lost. Larry, upon seeing the little brown pup, decided to keep him.

The LaValles have come to terms with Bruno’s wanderlust, so they let him roam free. 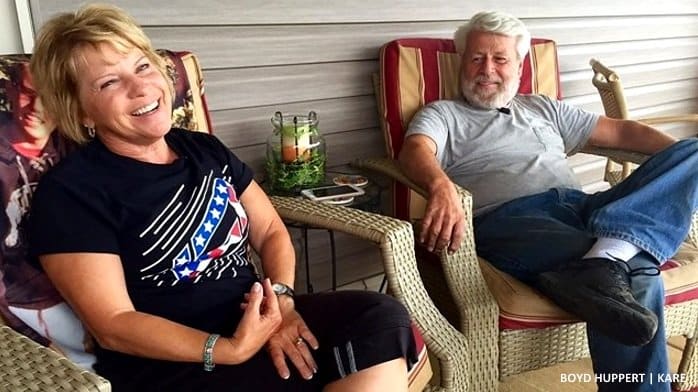 Even as a puppy, Bruno had always been a wanderer. Larry had tried to chain him to keep him from getting lost or hurt, but Bruno would tug so hard on his chain, almost hanging himself. So Larry decided to give Bruno his freedom.

And freedom was indeed what Bruno got when he discovered State Highway 84, which leads directly to Longville. His little world got a whole lot bigger. Now, Bruno is a local living legend in Longville.

People who see him always acknowledge his presence, and he’s much appreciated by even the newcomers and visitors to the town. Bruno is so loved, in fact, that the town decided to name him the town dog and ambassador. They even gave him a monument too! 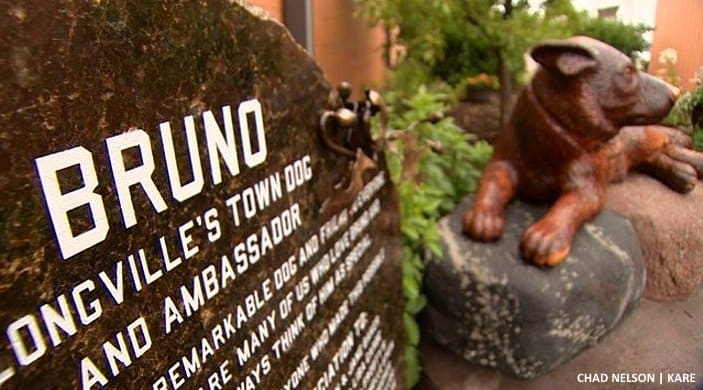