A first-year paleontology student from the University of Alberta came across a very well-preserved dinosaur fossil in amber, complete with tails feathers and soft tissue. The owner of this tail is known as the Ornithomimus or “bird mimic” dinosaur, and it existed in the Late Cretaceous period in what is now North America.

The feathered dinosaur tail was discovered by scientists at an amber market in Myitkyina, Myanmar. 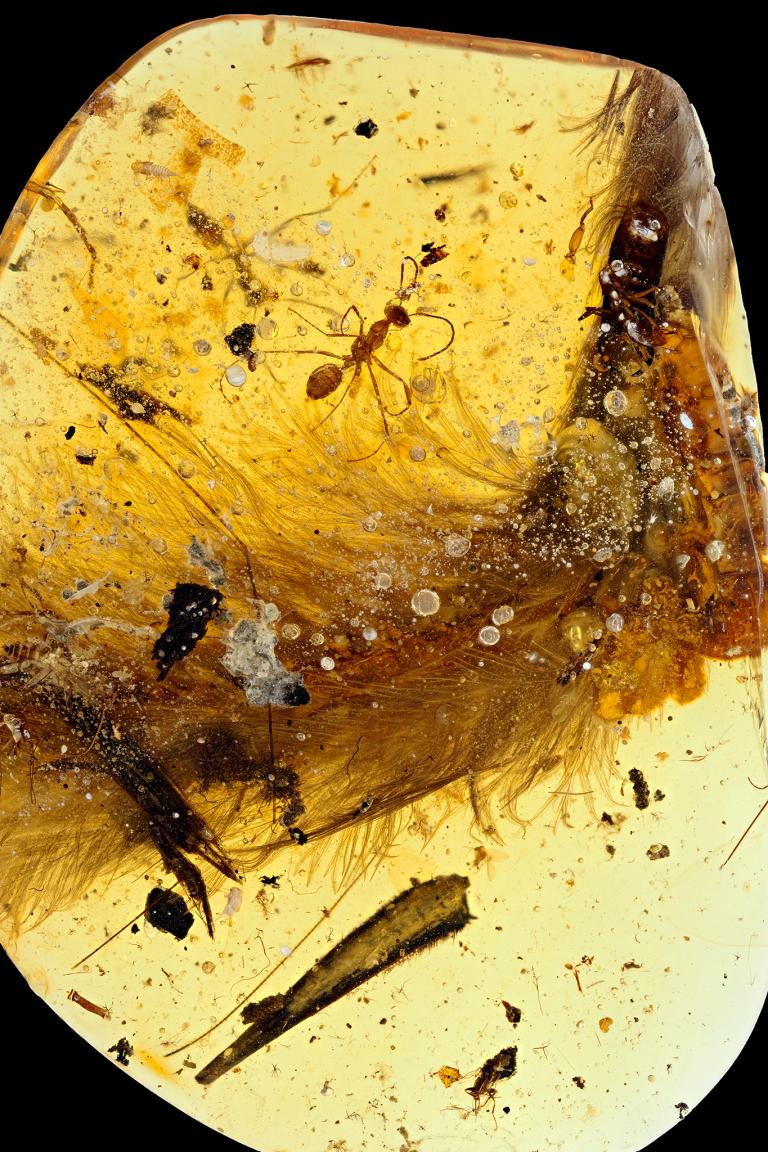 The fossil was originally discovered in 2009, according to discoverer and study author Aaron van der Reest. However, it was left in storage for four years. But within 20 minutes of working on the tail, van der Reest found the tail along with black lines consistent with feather components.

The tail is long and flexible, indicating that it belonged to a dinosaur, and not a bird.

The Ornithomimus was a feathered, toothless theropod or “beast feet,” which is a subset of mostly carnivorous ancient reptiles called the saurischians. However, saurischians had all died out at the end of the dinosaurs’ famous extinction when an asteroid hit about 65 million years ago, save for the birds, which are their surviving descendants.

The Ornithomimus, however, is a flightless ostrich-like creature that most likely used their feathers only to control their body temperature and not to fly.

“Ostriches use bare skin to thermoregulate,” says van der Reest in a statement. “Because the plumage on this specimen is virtually identical to that of an ostrich, we can infer that Ornithomimus was likely doing the same thing, using feathered regions on their body to maintain body temperature. It would’ve looked a lot like an ostrich.”

These tail feathers belong to the Ornithomimus, which existed about 99 million years ago. 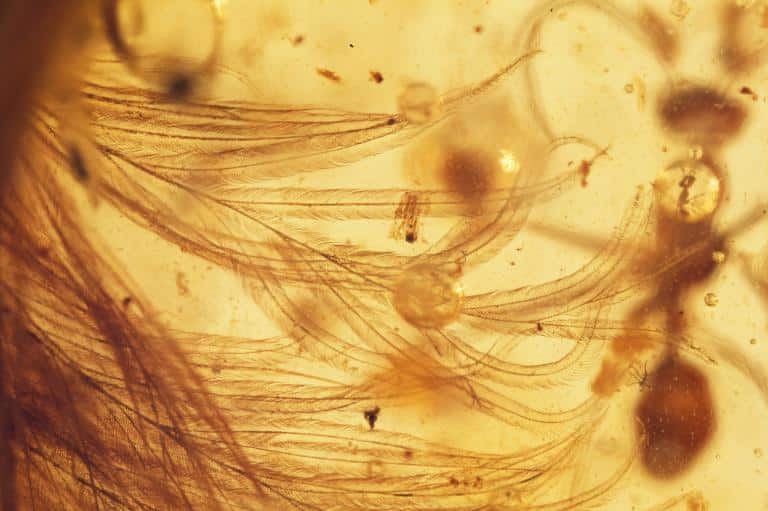 Furthermore, on the subject on how the fossil remained so well preserved, van der Reest says, “It was probably preserved in a rapid burial by a river, covered in a fine mud with a low microbial content, protecting it from oxygen-based decomposition.”

The feathers found in the fossil are similar to the ornamental feathers of birds we see today.

This newly found fossil of the Ornithomimus further tightens the link between dinosaurs and birds. Especially since there are so many components on the morphology of the fossil and the chemistry of the feathers that are almost identical to that of modern birds.