It’s always exciting when scientists discover a new dinosaur. However, the paleontologists from the University of Utah, Natural History Museum of Utah, and James Cook University have unearthed a truly awesome specimen. Akainacephalus johnsoni belongs to a group of armored dinosaurs. Interestingly, it stands out for its elaborate spiky head armor and massive tail club.

Akainacephalus johnsoni was recovered at the Kaiparowits Formation in Grand Staircase-Escalante National Monument in Kane County, Southern Utah. Paleontologists Jelle Wiersma and Randall Irmis found the bones and discovered that it is a new specimen. They unearthed a complete skull, the vertebral column, its tail club and a nearly complete synsacrum. The paleontologists also recovered some of the limbs as well as a suite of postcranial osteoderms.

The skull of Akainacephalus johnsoni is covered in elaborate spikes. 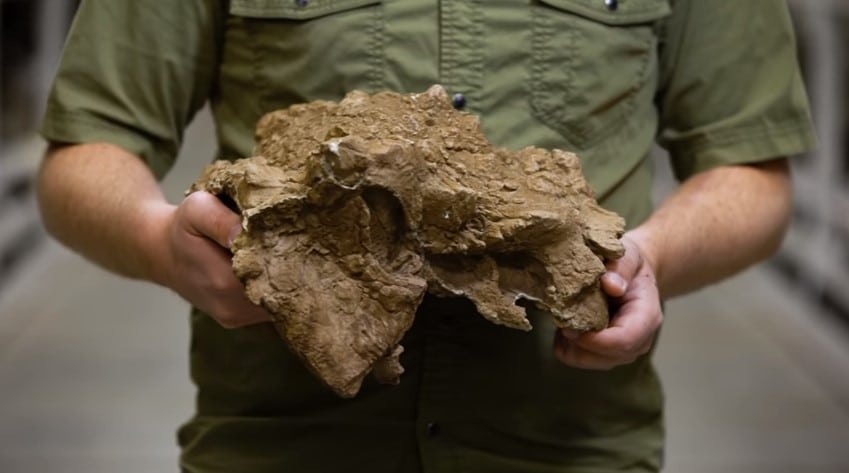 So what makes the Akainacephalus johnsoni so remarkable? The scientists found that it is closely related to Nodocephalosaurus kirtlandensis, an ankylosaurid dinosaur that lived about 77 million years ago. Both specimens belong to a group of four-legged herbivorous armored dinosaurs called ankylosaurids. Interestingly, ankylosaurids were initially discovered in Asia.

The dinosaur’s location offered insight on what happened to the North American continent during the Late Cretaceous epoch which is between 95-70 million years ago.

According to the scientists, the lowering of sea levels allowed dinosaurs to travel from Asia to North America.

“Such is exactly the case with Akainacephalus johnsoni,” they wrote. “Not only is this the first described and named Late Cretaceous ankylosaurid dinosaur from Utah, but this unique animal also strengthens the evidence that distinct northern and southern provincialism existed during the late Campanian stage in Laramidia. We don’t see this type of ankylosaurid dinosaurs in the fossil record of northern Laramidia.” 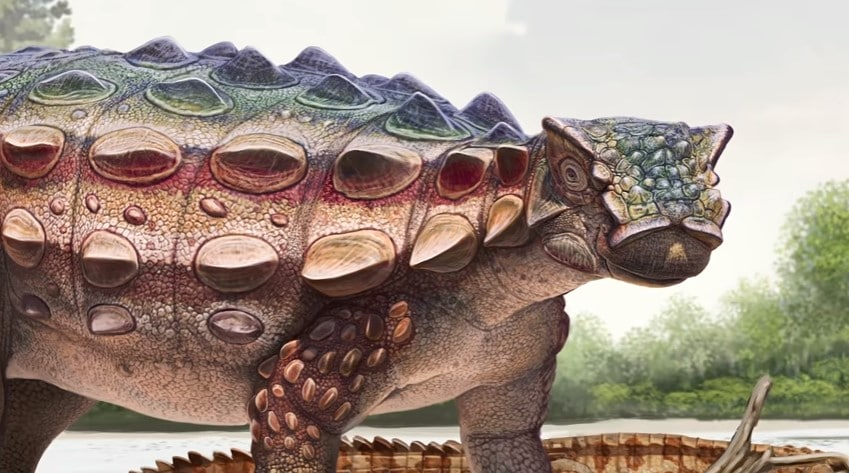 Wiersma and Irmis certainly chose a fitting name for Akainacephalus johnsoni. Its generic name combines the Greek word “akaina” (spike) with “kephalè” (head). The specimen’s specific name is derived from Randy Johnson, the retired chemist who helped prepare its skull. The bones can be found at Natural History Museum of Utah.