Within the Dry Tortugas National Park in the lower Florida Keys, you can discover an abandoned fortress, which holds so much history. It is considered as America’s largest masonry structure – Fort Jefferson.

This fortress was built in 1846 by the U.S. army to help fight pirates sailing the Caribbean Sea. The brick-walled structure served as a refuge for officers and soldiers as well as their weapons and military warehouses. At one point, the fort reached its highest population of 1,729. 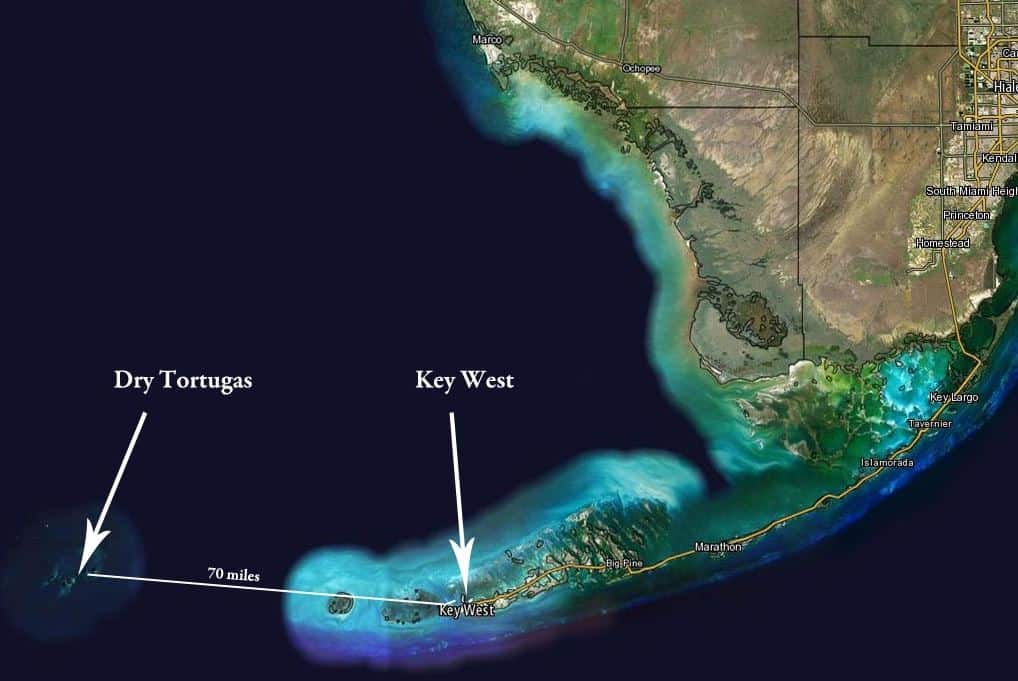 The area was short of fresh water supply, which is why it’s called Dry Tortugas and as a result, the fortress walls were given innovative cistern systems. These eventually wore down.

During the Civil War, Fort Jefferson became home to prisoners or deserters. 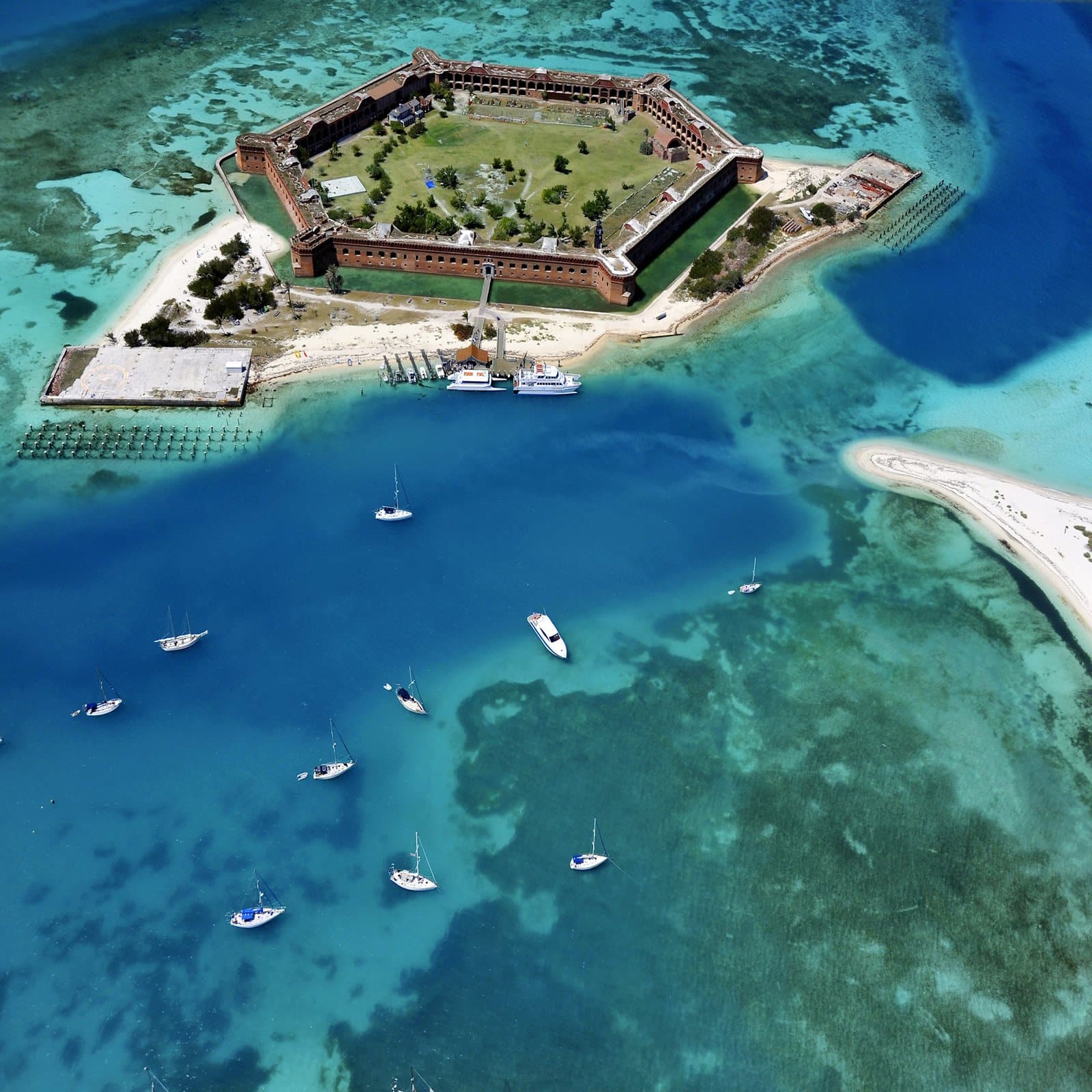 In 1867, several of these prisoners died from the Yellow Fever epidemic. 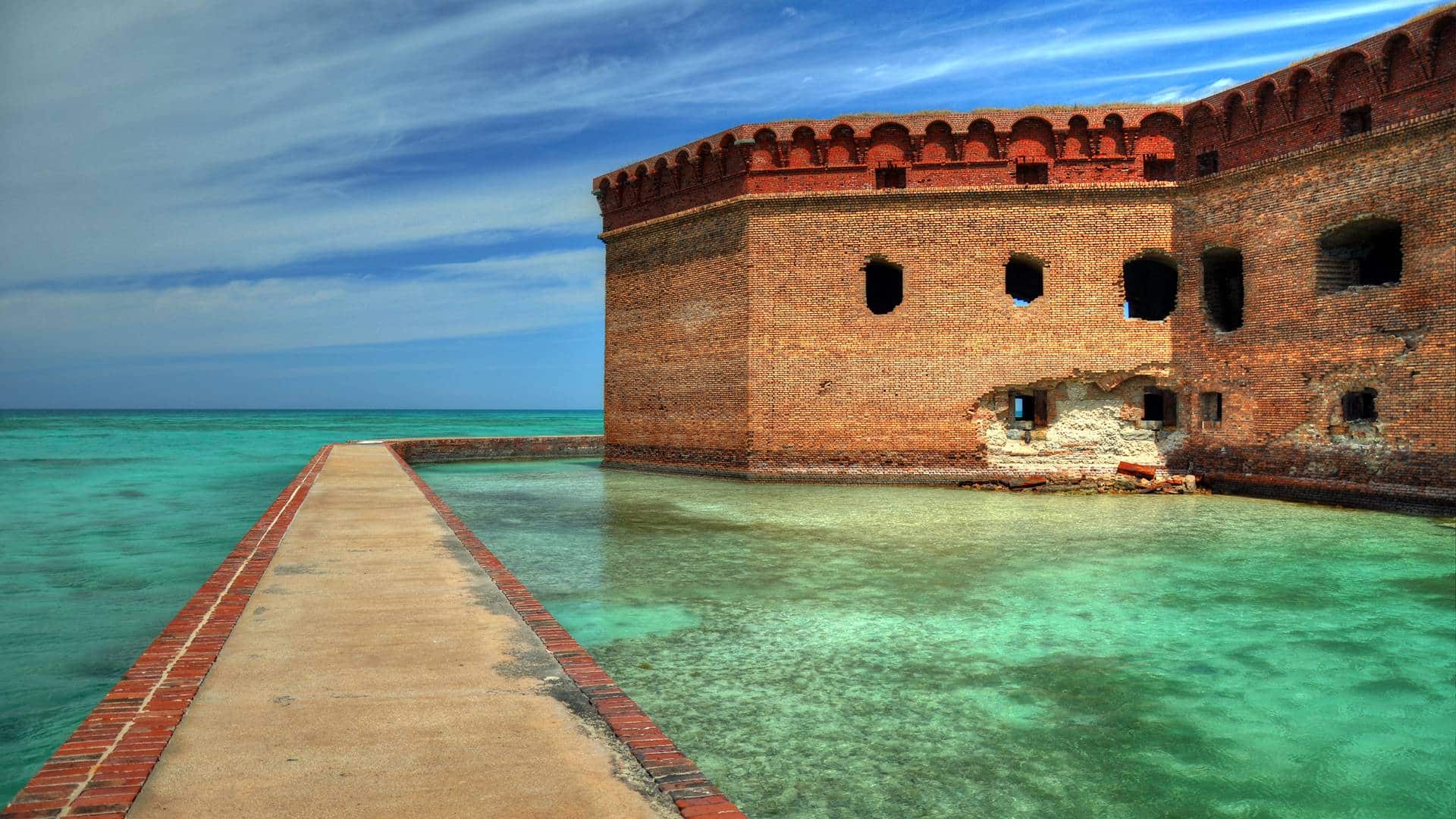 One of its famous prisoners was Dr. Samuel Alexander, who was involved in the assassination of Abraham Lincoln. In 1888, the building was turned over to the Marine Hospital Service, which turned it into a quarantine station.

On January 4, 1935, President Franklin D. Roosevelt declared the area as a National Monument. 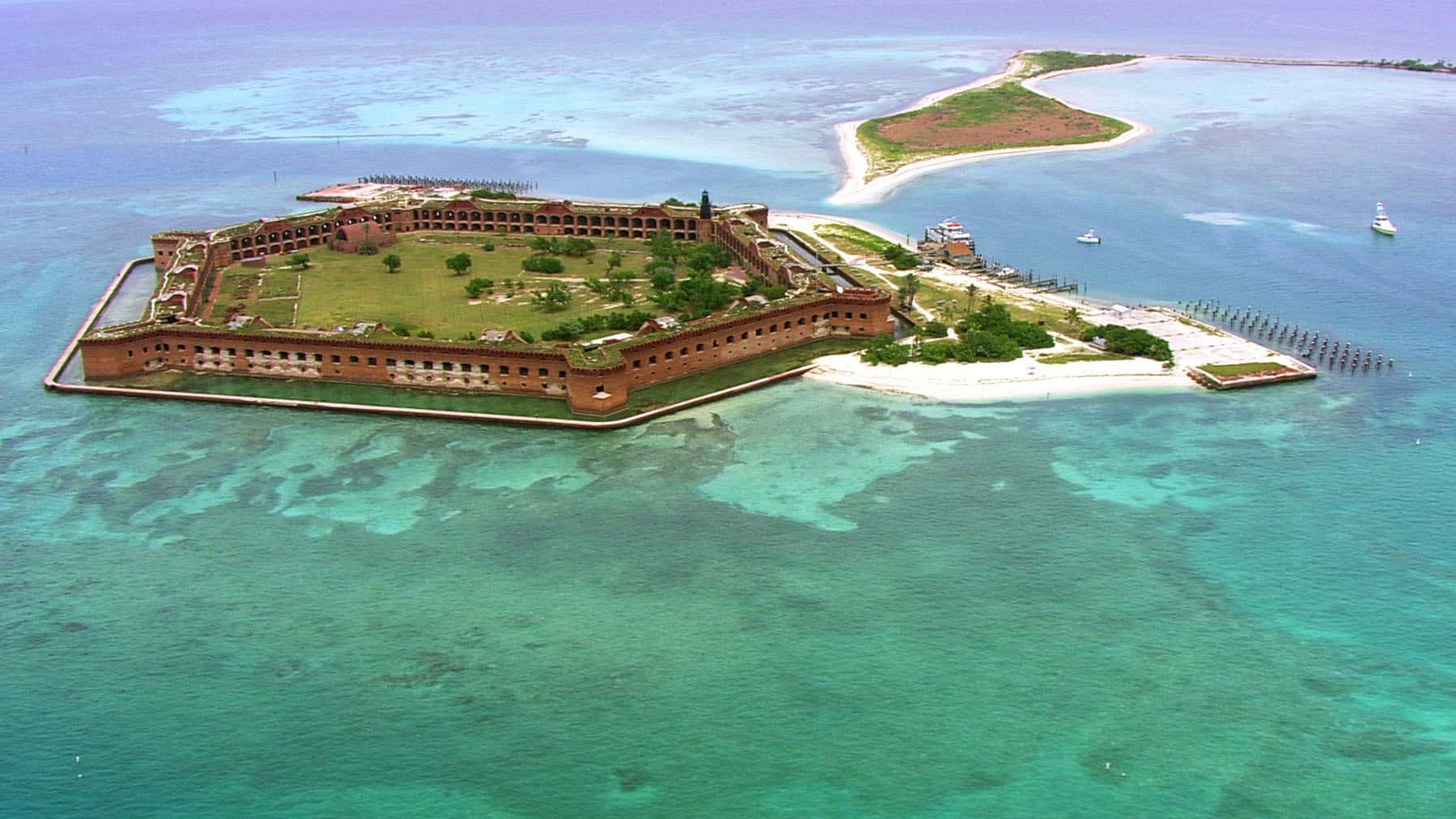 By 1992, Dry Tortugas and Fort Jefferson became the National Park that it is today. 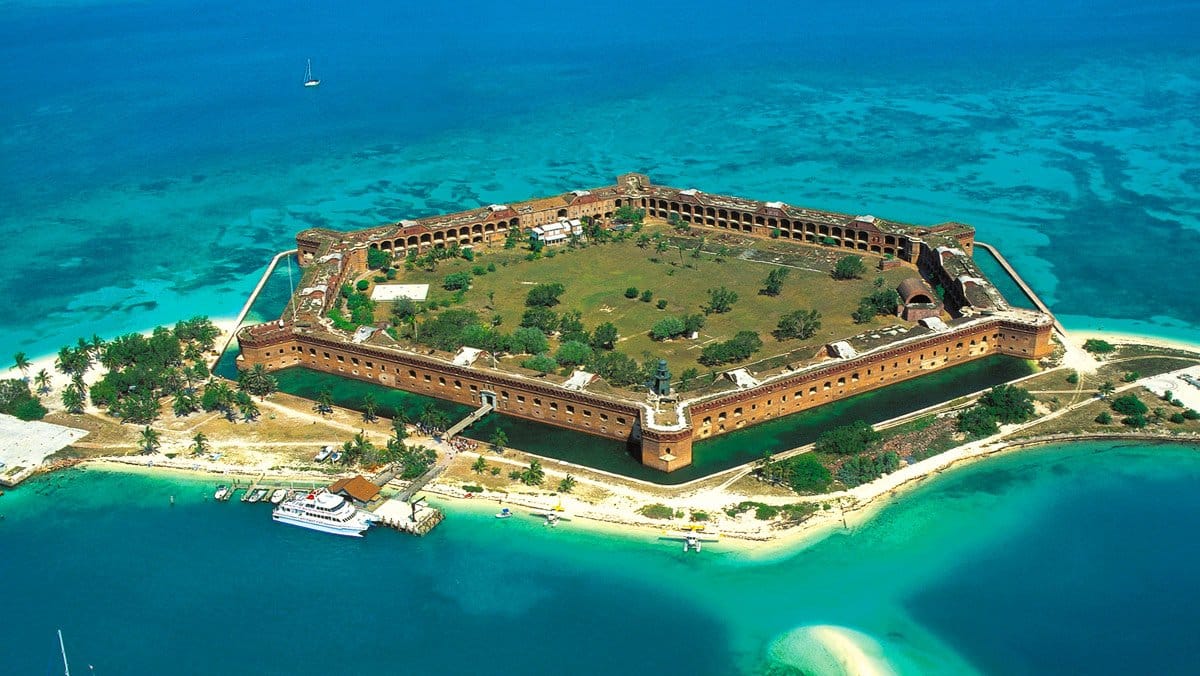 You can even visit and tour the area. 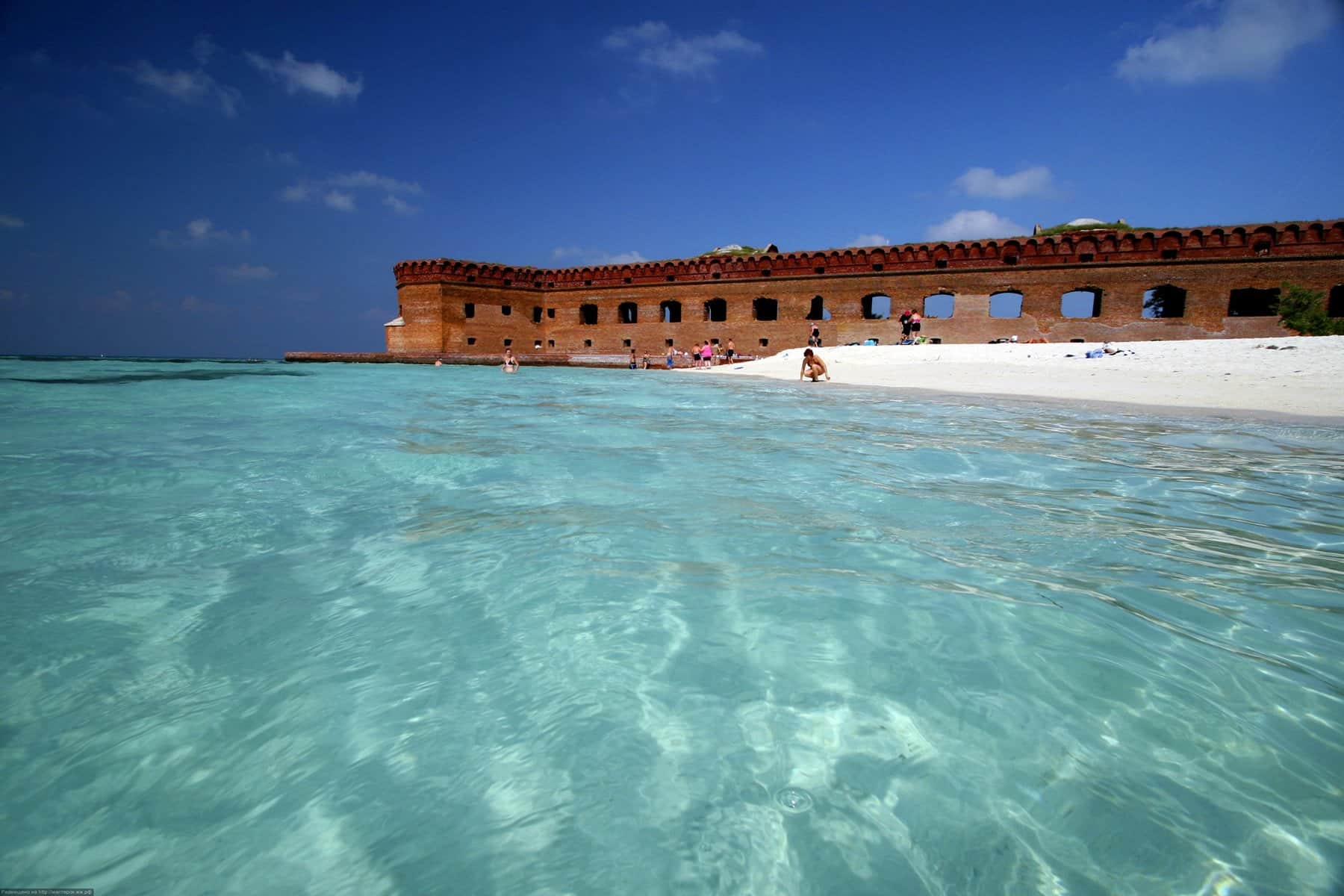 To get there, one will need to ride a ferry, private yachts or fly aboard chartered seaplanes. 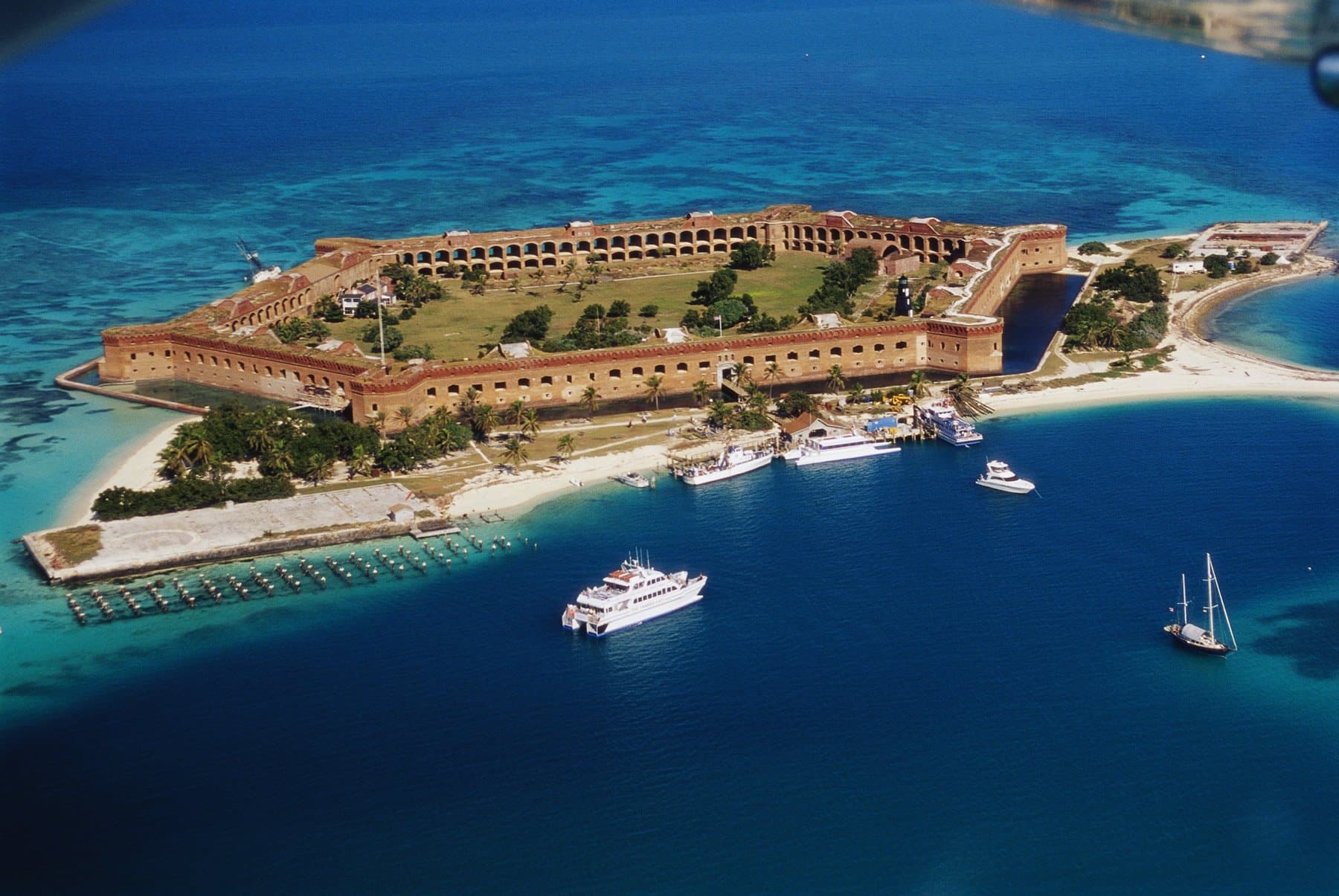 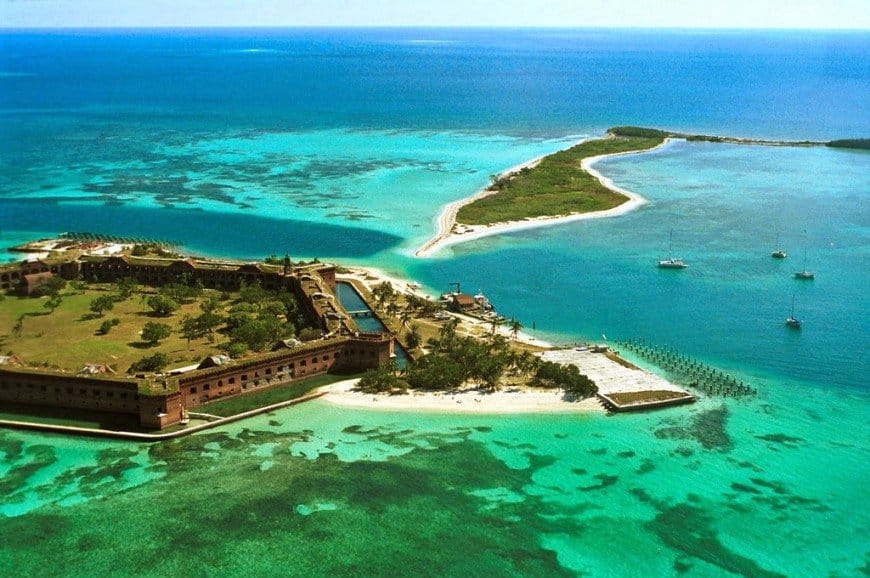 It was built to protect the nation’s gateway to the Gulf of Mexico. 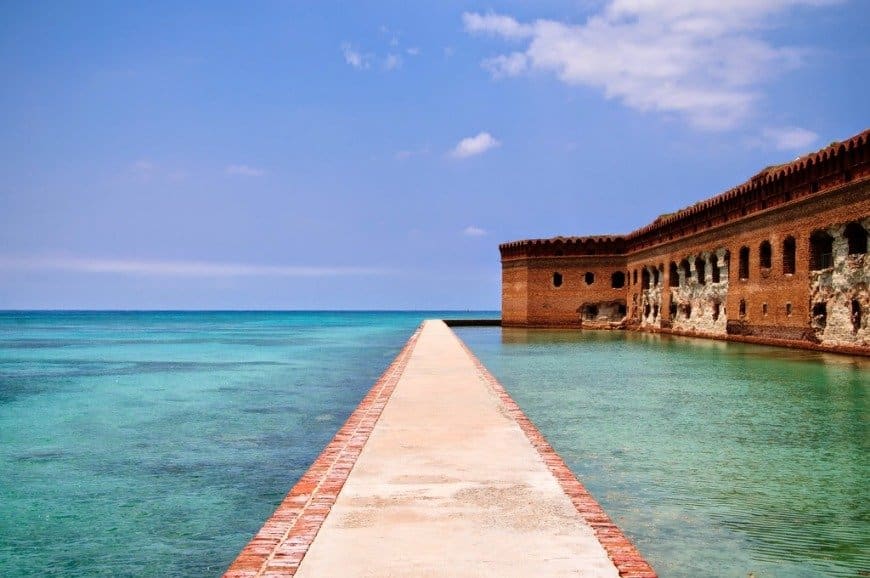 It used to house prisoners during Civil War. 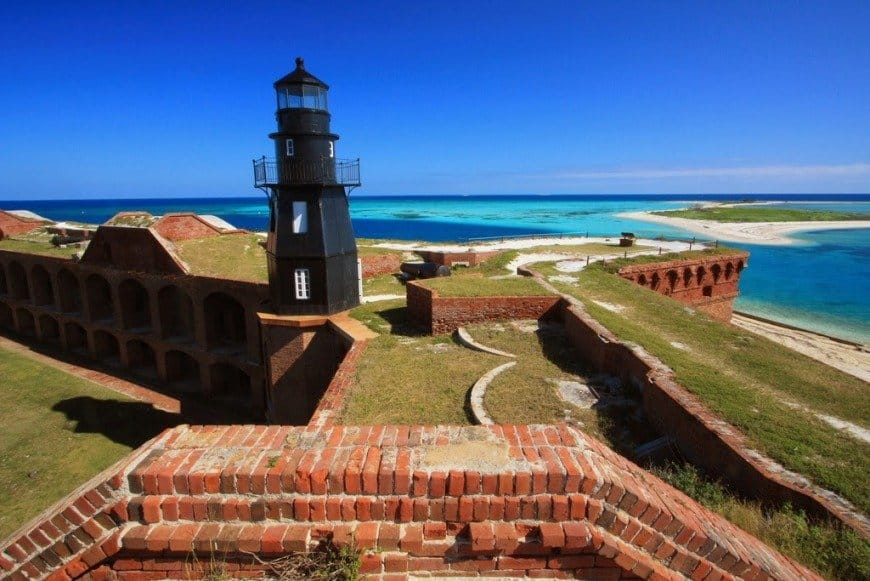 In 1888, it was turned into a quarantine station by the Marine Hospital Service. 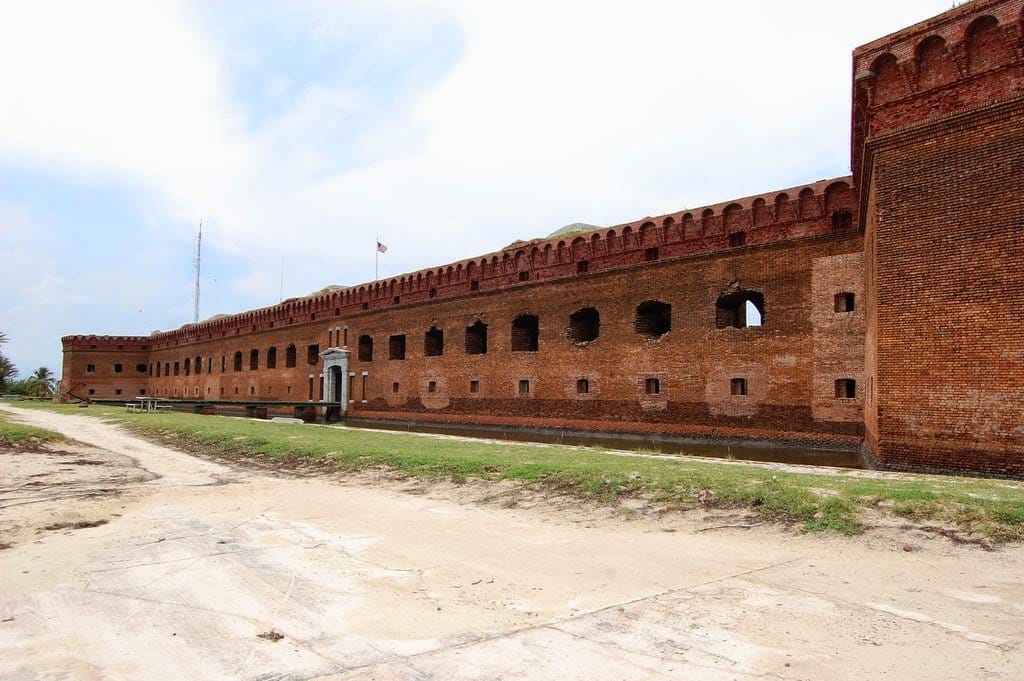 This picture gives you the feeling of creepiness of an abandoned place. 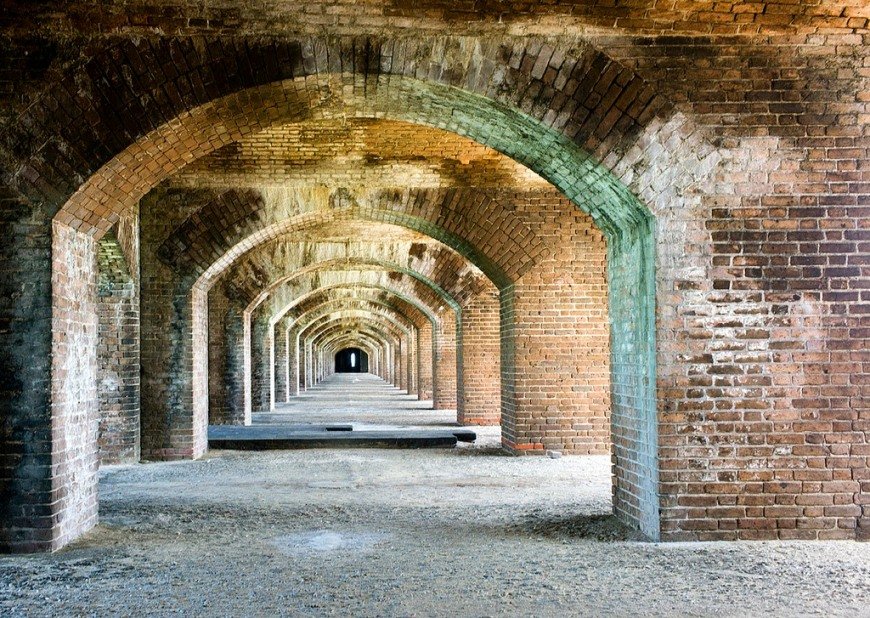 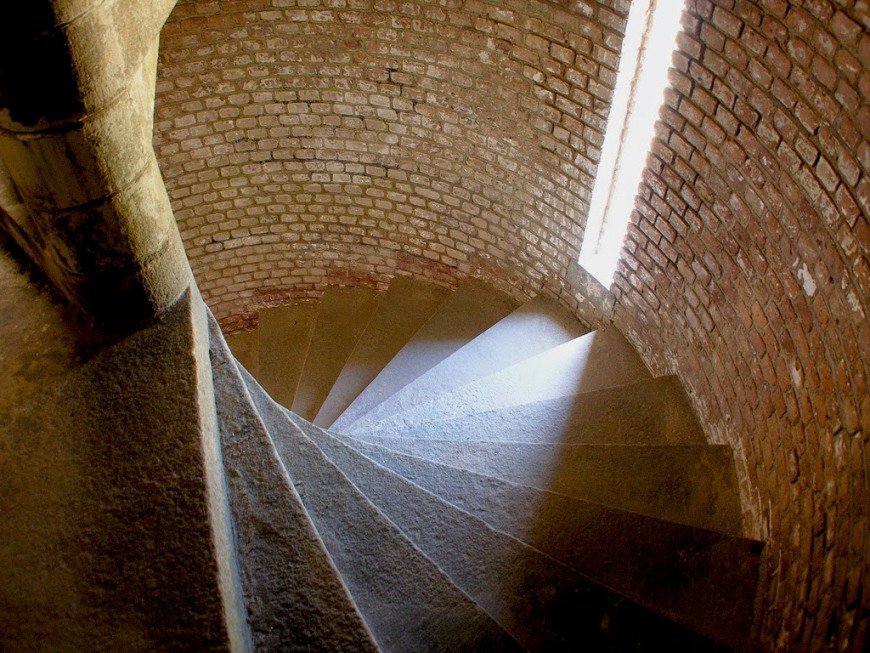 But somehow you can’t deny the beauty it offers. 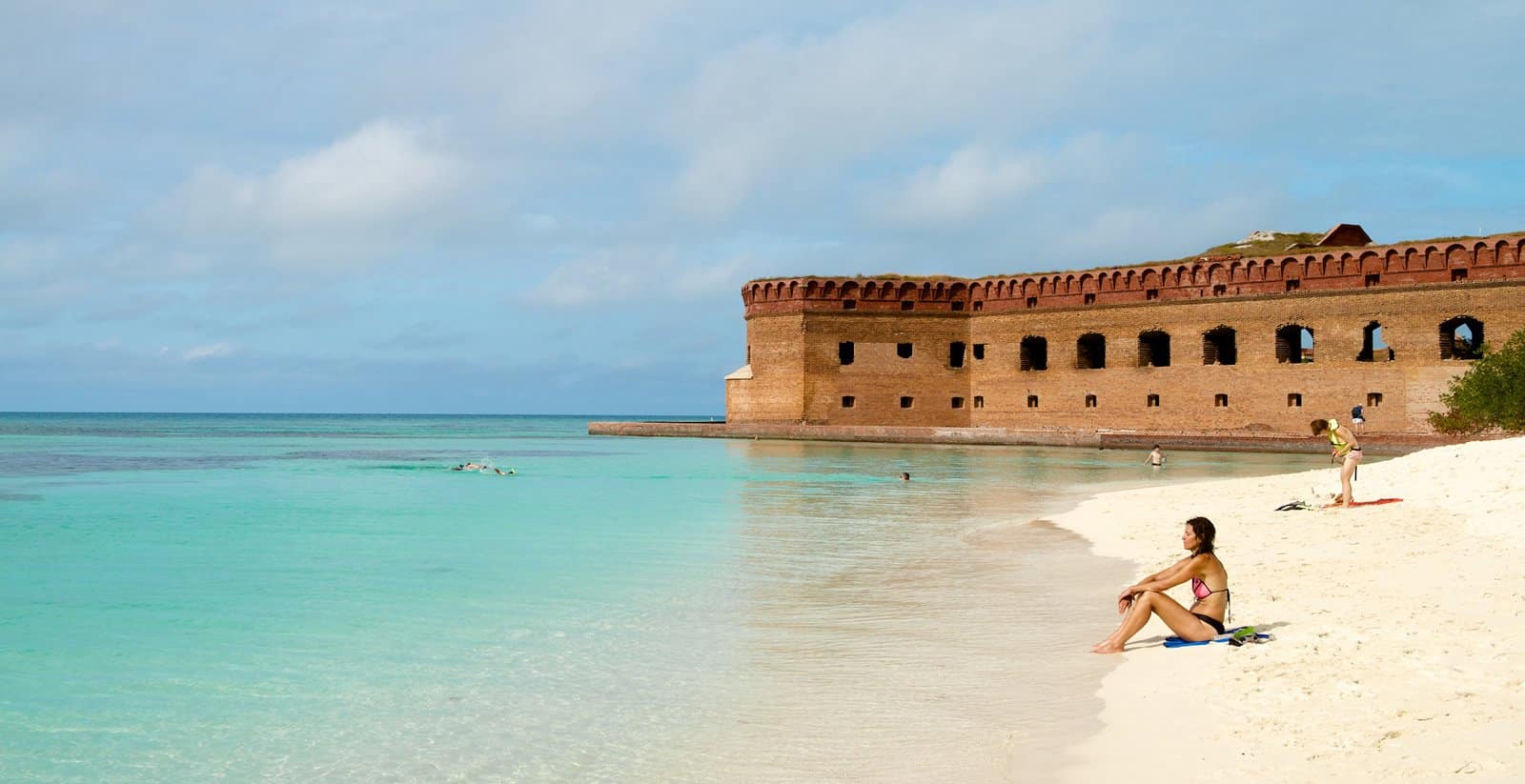 Especially when you realize it’s surrounded by turquoise waters. 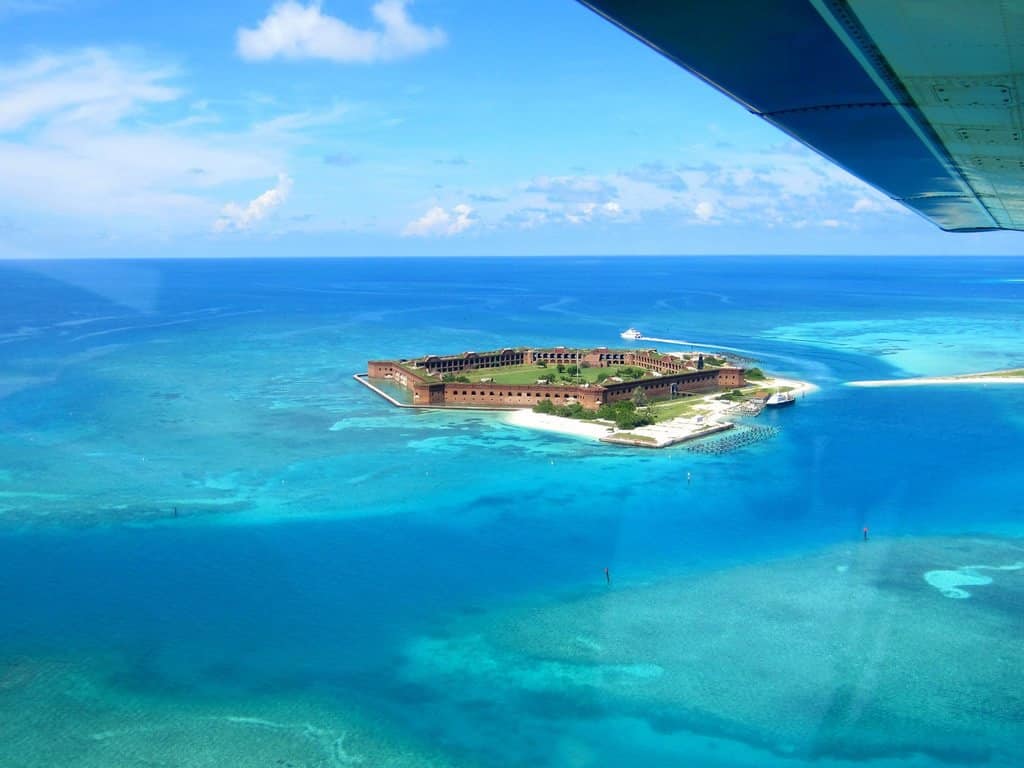 Check out the video below and discover the wonderful secrets that this place holds.