The number on your scales isn’t all that. They’re sometimes too good too be true, and they’re not exactly how you should measure your fitness and your health.

Kelsey Wells, a 26-year old fitness blogger and interior designer, has showed her Instagram followers that the number on the scales shouldn’t be the basis for how people see their bodies. Previously, the My Sweat Life blogger posted a reminder on her Instagram about how one’s weight isn’t something that shows one’s health. 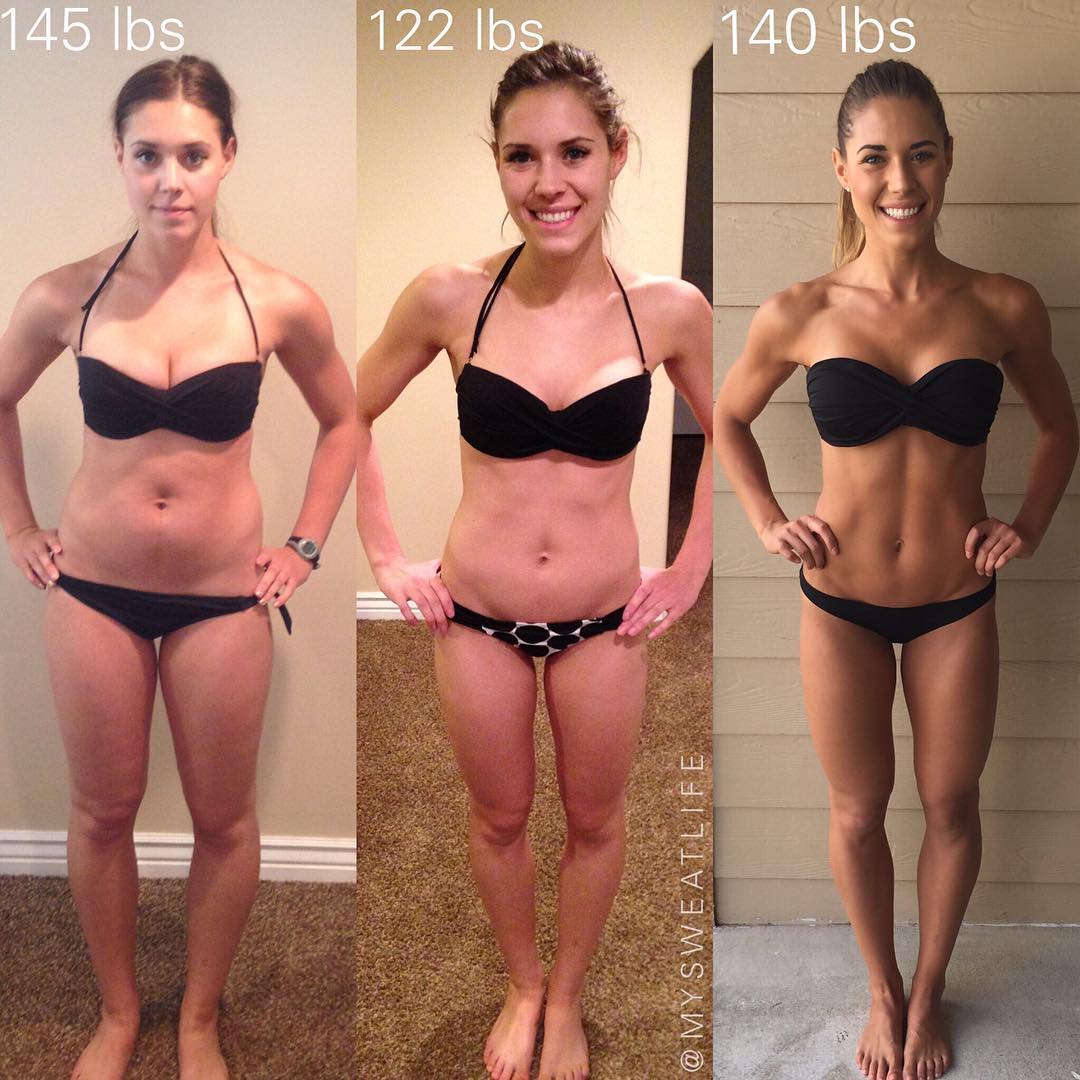 In the photo, she showed three different bikini shots of how her body looked like two months after giving birth at 145lbs, when she reached her goal of 122lbs, and how she currently looks like at 140lbs

She said in her caption,

“I am 5′ 7” and weigh 140 lbs. When I first started bikini body guide. I was 8 weeks post partum and 145 lbs. I weighed 130 before getting pregnant, so based on nothing besides my own warped perception, I decided my “goal weight” should be 122 and to fit into my skinniest jeans. Well after a few months of BBG and breastfeeding, I HIT IT and I fit into those size 0 jeans. Well guess what? I HAVE GAINED 18 POUNDS SINCE THEN. EIGHT FREAKING TEEN. Also, I have gone up two pant sizes and as a matter of fact I ripped those skinny jeans wide open just the other week trying to pull them up over my knees.”

Kelsey out and about with her son 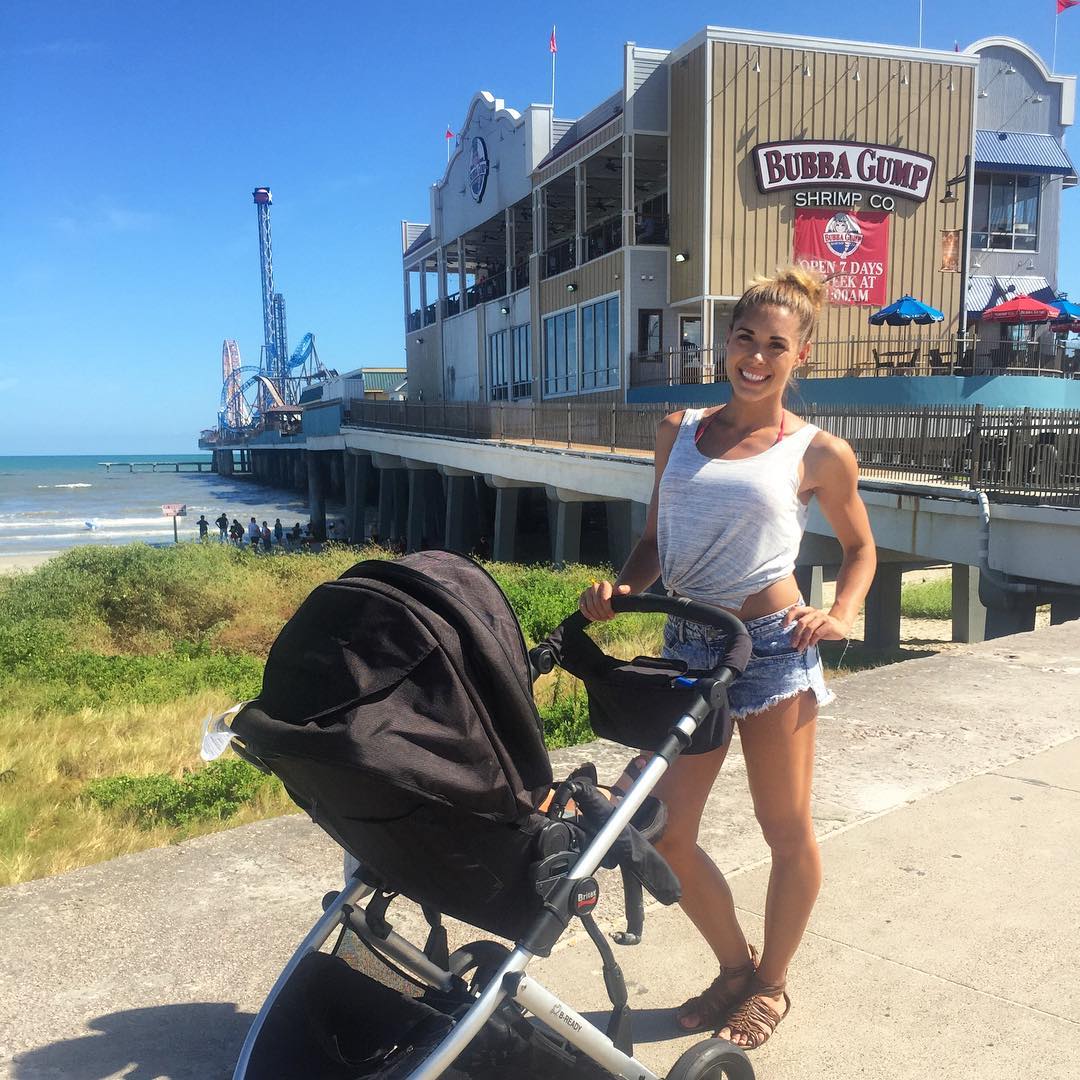 Kelsey mentioned that in the past, her weight dictated her self-esteem and she was easily let down whenever she realized she had gained weight. She’s proud to say that even if she had gained 18lbs more than her goal weight, she’s happier, healthier, and more comfortable in her own skin than in the past.

Kelsey during a shoot for her blog 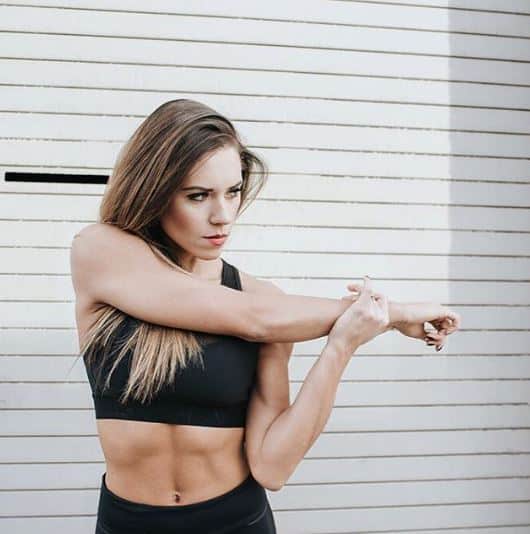 So, that being said, even if you’re seeing a high number on your scale, it doesn’t usually mean you’re already unhealthy or you don’t look good in your own skin. What matters most is how you feel about your own body and to be proud of what you have.