Where there is poverty, it’s not uncommon to see a street kid begging for alms in public places. For example, the Philippines — an archipelago made up of 7,107 islands located in southeast Asia — is classified as a developing country. Based on the most recent available data from the Philippine Statistics Authority, 3.8 million Filipino families were poor in 2015. That’s around 21.9 million people (out of a population of 100,699,395) living in poverty.

Kids are, perhaps, the most vulnerable in such circumstances. Their families can’t afford to buy enough nutritious food so they end up being malnourished. Since they are underfed, the kids are also susceptible to diseases. More often than not, the children also drop out of school. They’re either forced to work as vendors or become beggars out of desperation.

This is where the street kid was begging for alms. 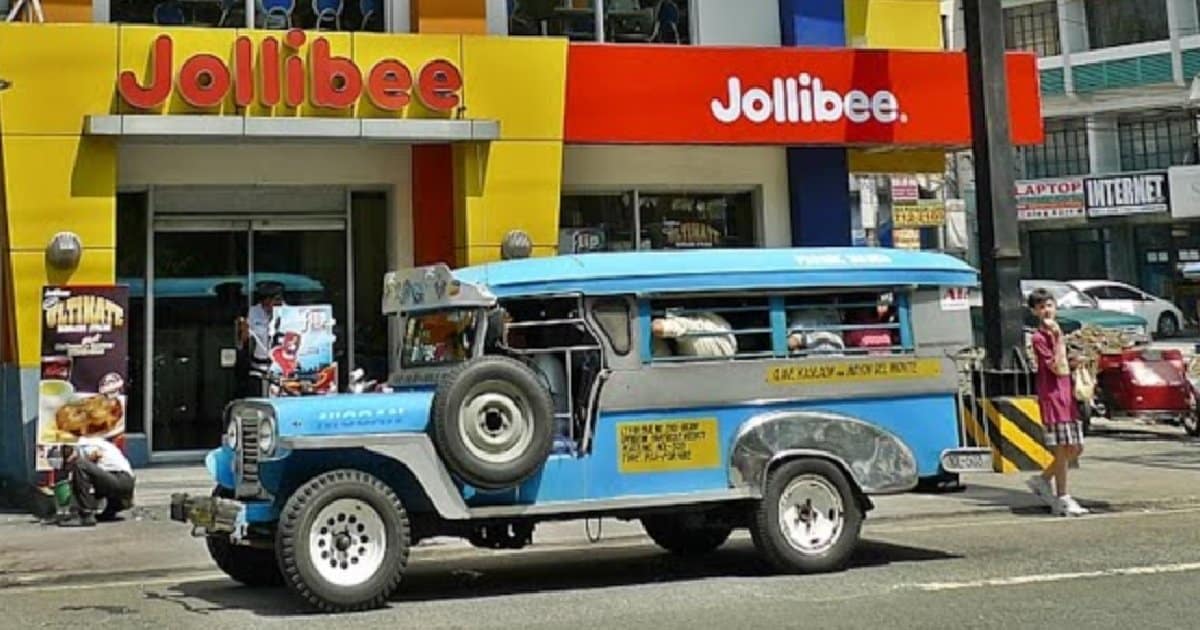 In the Philippines’ capital region of Metro Manila, there are several areas where many street kids can be spotted. People have reported that some of these children have been driven to harass people in order to force them to give them some money. There are also street children who sometimes resort to stealing.

Fortunately, Geo Tolentino Ringor and her husband John Benedict Ringor met one street kid who managed to surprise them in the best way possible.

The boy was probably given a meal set like this one. 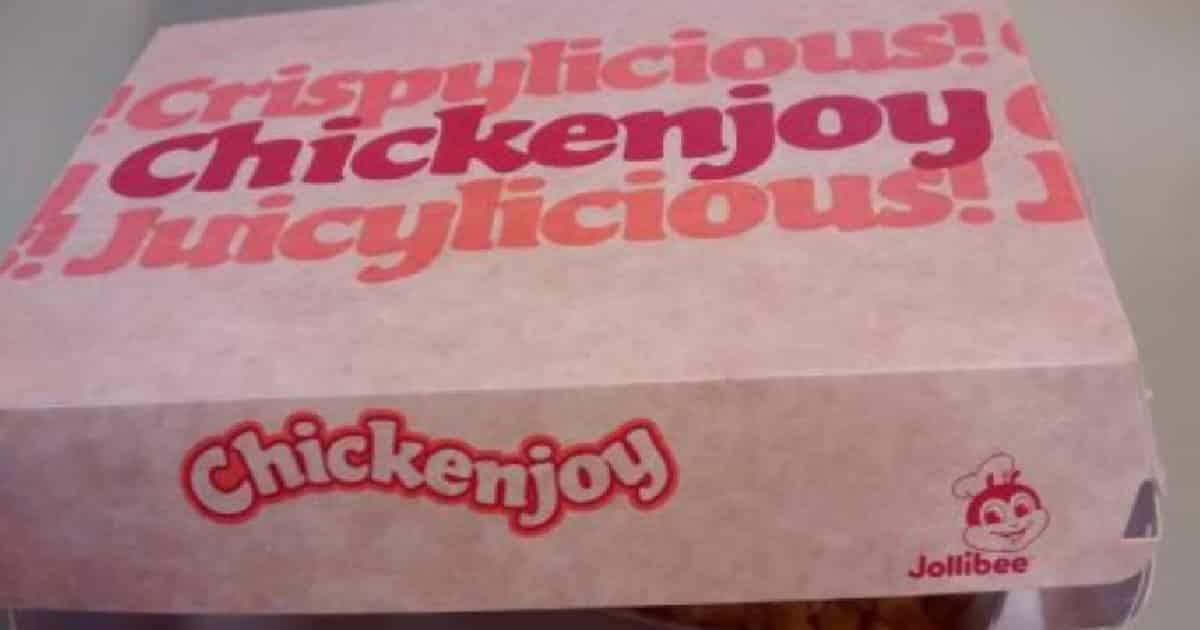 Last December 12, 2016, the couple were at a Jollibee outlet in Quezon City, which is one of the 17 major areas that make up Metro Manila. Jollibee is a dominant fast food chain in the country. Right outside the store, John Benedict noticed a boy begging for alms. 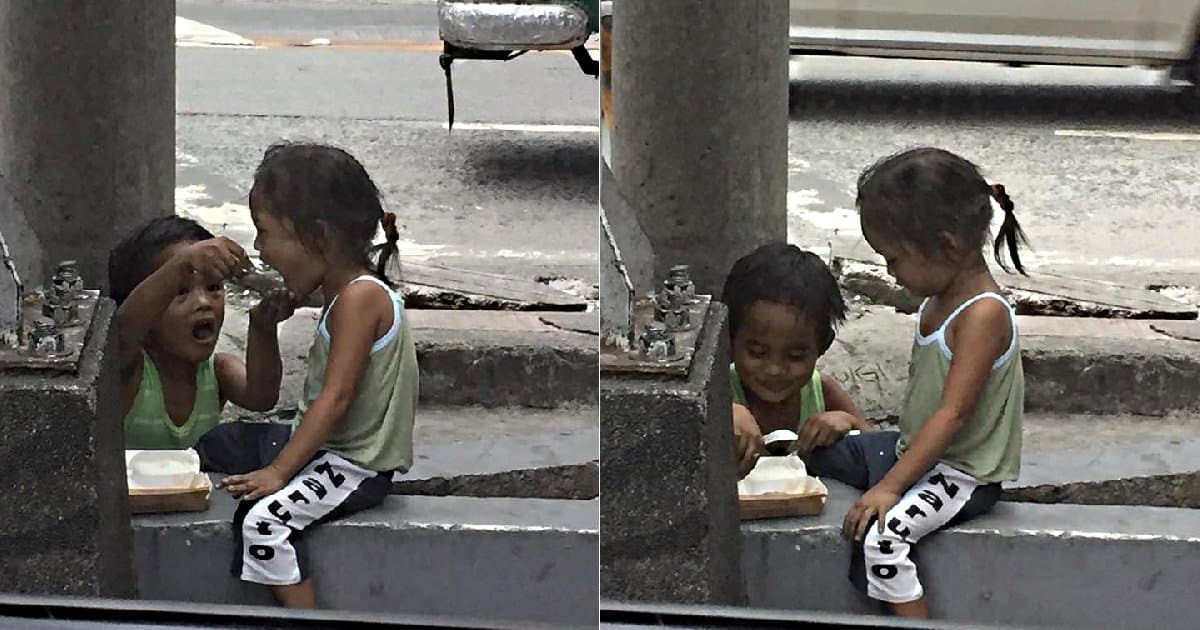 Instead of giving the boy some money, John Benedict asked Geo to buy one Jollibee meal set for the boy. The couple then gave the meal to the boy, who took it and then hurried away. The couple thought nothing about the boy’s move.

However, as Geo and John Benedict were leaving the area, they saw the street kid with a little girl who turned out to be his sister. The two kids were sitting on a concrete barrier near the Jollibee outlet. The couple saw the boy feeding his little sister with the meal that they had given him.

Look at how careful he is to make sure she eats every bit of food. 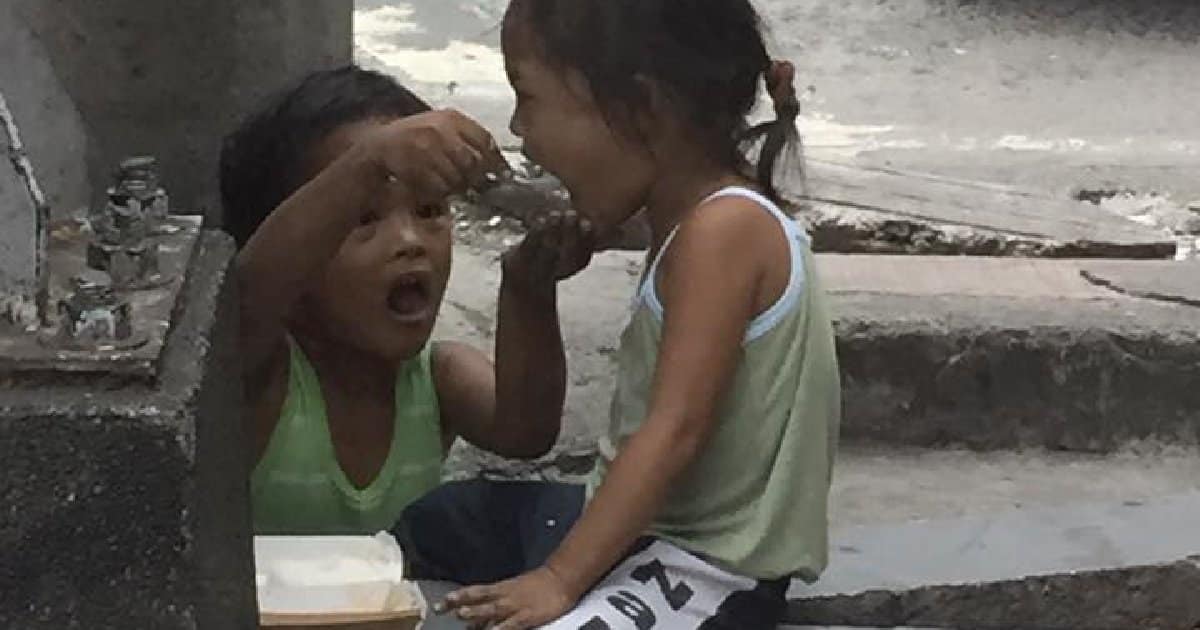 Geo took a couple of photos of the heartwarming scene. One photo shows the boy with a look of pure joy on his face right after he fed a spoonful of food to his little sister. The photos eventually went viral.

The expression on the boy’s face was pure joy. 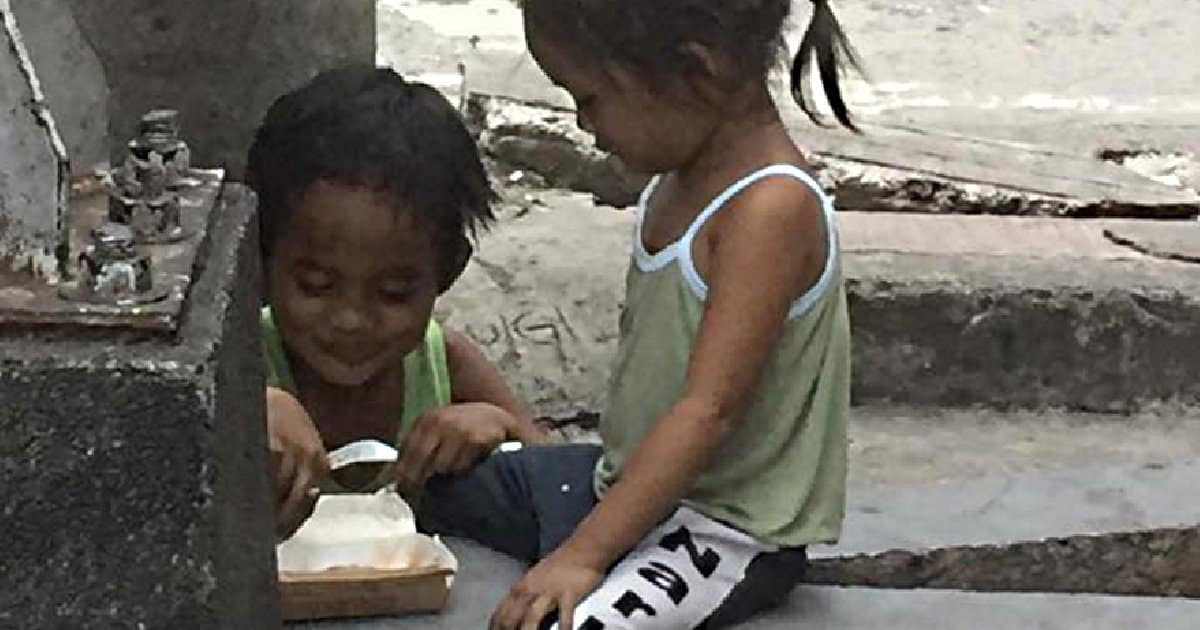 The unnamed boy’s selfless act of caring for his younger sibling reminds us of another story involving a Filipino kid named Mateo Baño. He’s the nine-year-old who didn’t want to skip school, so he’d bring his baby brother with him to his classes.

This street kid and Mateo have a lot to teach us about being good siblings. They may be young but they are ready and willing to make sacrifices for their younger siblings.