Recently, a Facebook user based in the Philippines named Shyla Mie Brillantes Blasico shared the photo of a nine-year-old boy named Mateo Baño and his baby brother. The image quickly went viral.

Shyla is a teacher at the J. Blanco Elementary School. The school is located in the province of South Cotabato in Mindanao, which is one of the three major islands of the Philippines. Mateo is a fifth grade student at the school. 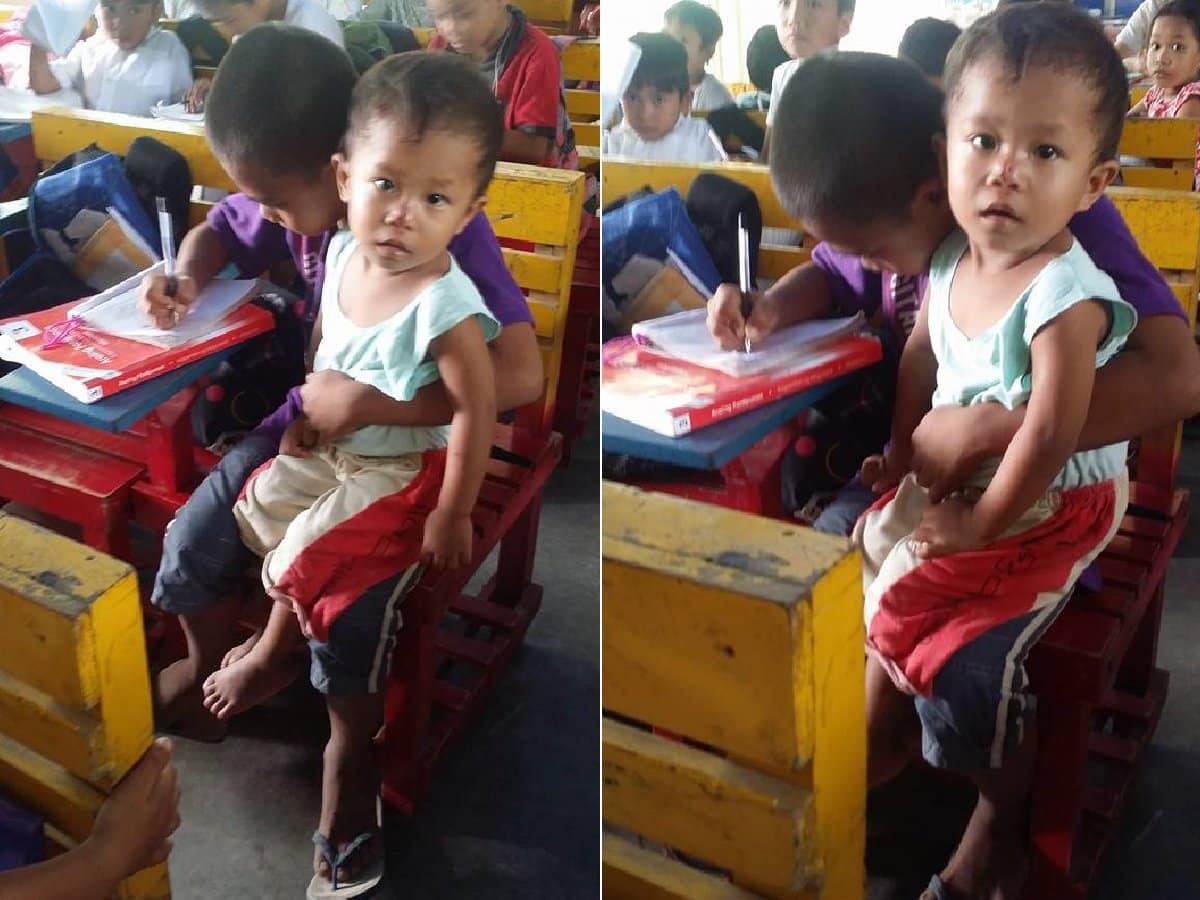 Blasico related that Mateo’s family struggles to make ends meet. There are three kids in the family and they are all boys. Mateo is the middle child. The family’s situation became even more challenging last year after their mom died due to complications from an ectopic pregnancy.

Shyla related that the boys’ father works as a carpenter in another town, Surallah. Thus, there is no other choice for him but to leave the kids behind when he goes off to work.

Mateo watches over his brother sleeping during break time in school. 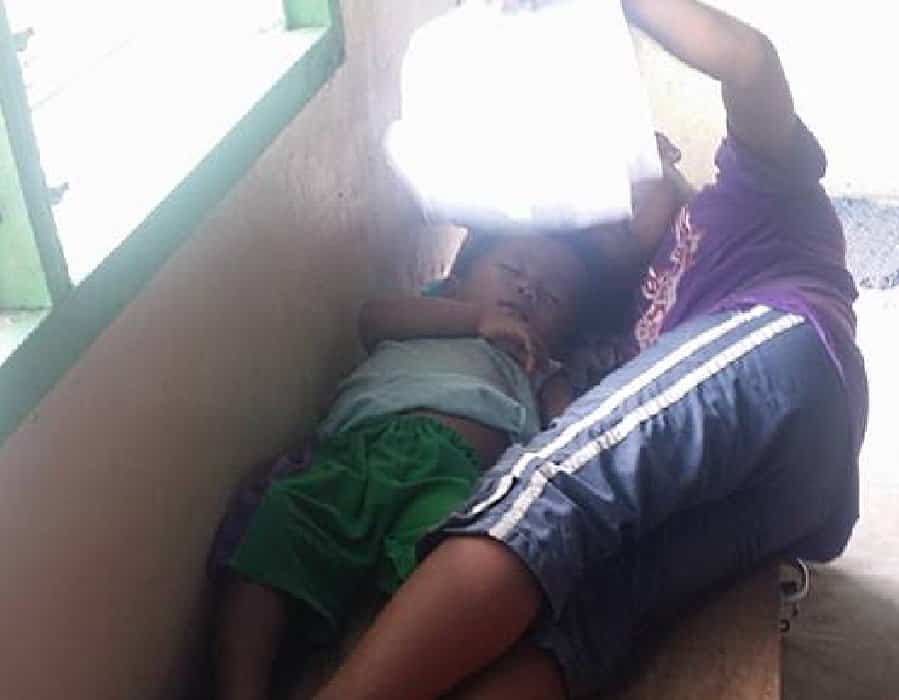 In the caption accompanying her Facebook post, Shyla explained that Mateo doesn’t want to skip school. However, since nobody can take care of his youngest brother, Mateo brings the toddler with him to all his classes. Sometimes, Mateo’s older brother also takes over the task of caring for their younger brother.

Mateo’s home would take a beating in a bad storm. 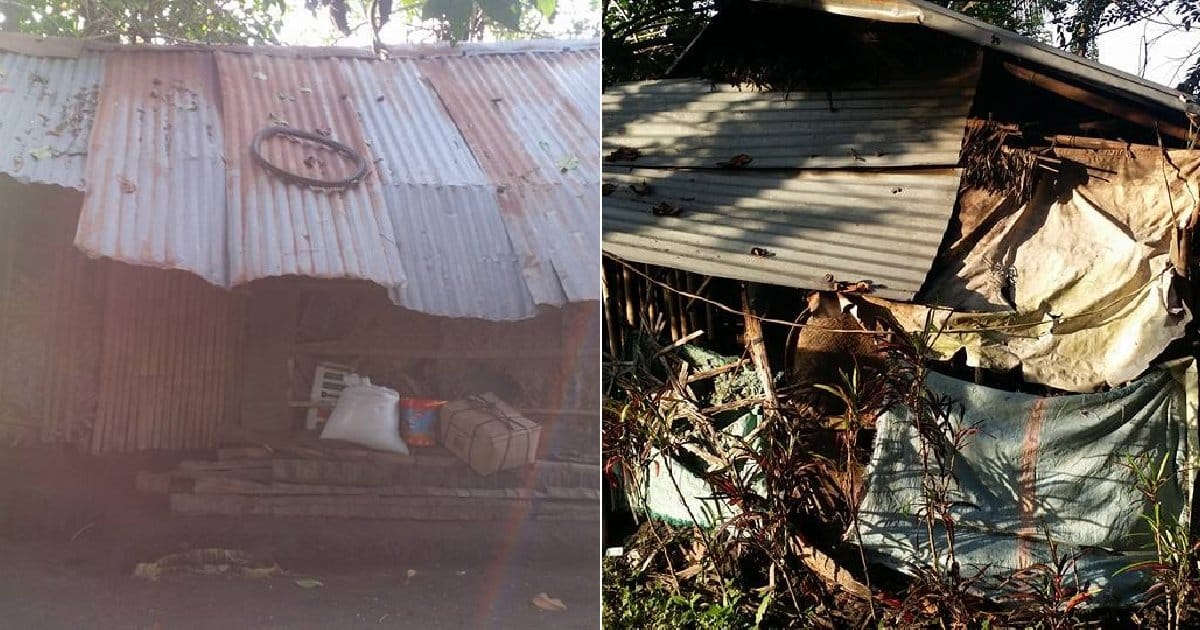 The school has actually been a haven for Mateo and his brothers. For starters, the teachers allow them to take their younger brother to their classes. The brothers are also able to get lunch in school as part of the feeding program sponsored by the country’s Department of Education.

Mateo and his brothers benefit from the feeding program at school. 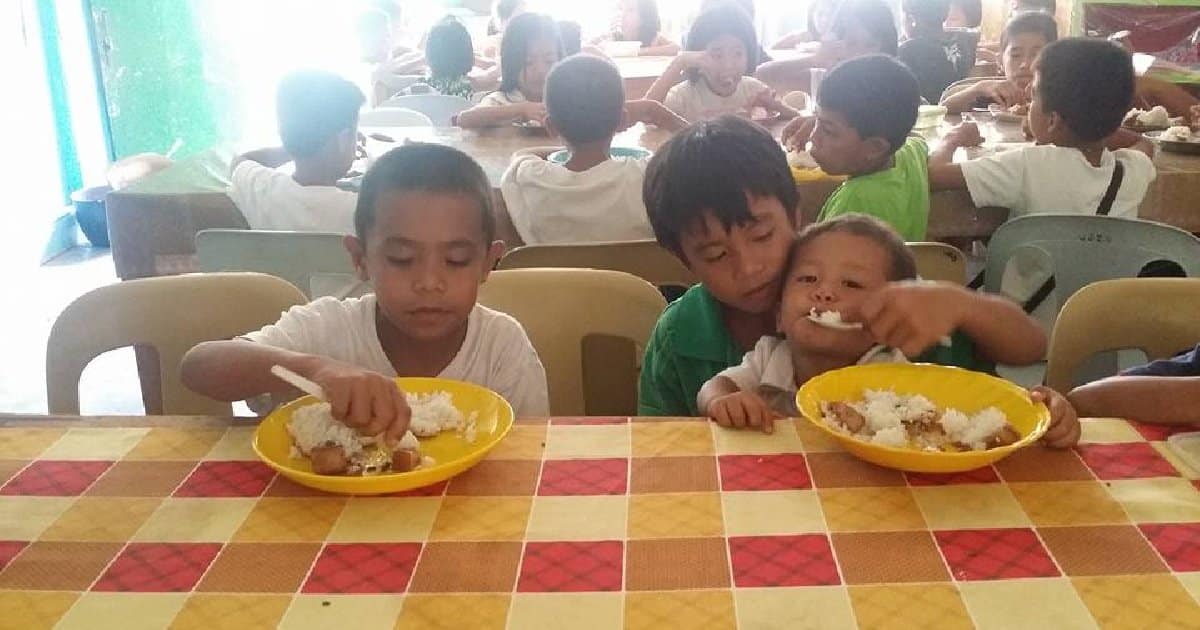 Unfortunately, when they’re at home, the brothers usually don’t get enough food. It’s only Mateo’s older brother who does the cooking as well. 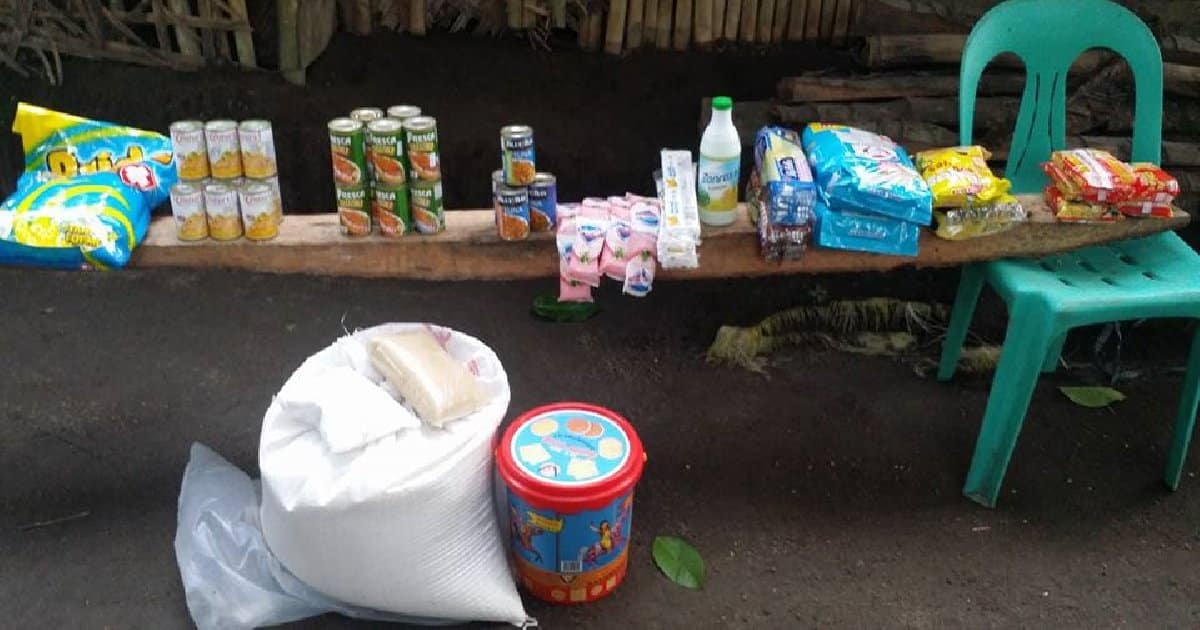 Since Shyla shared Mateo’s photo, a lot of people have come forward to offer money for the kids. However, Shyla says she and her fellow teachers have decided not to take the money, as they might be accused of taking advantage of Mateo and his brothers. Instead, Shyla has asked people to donate food and basic school supplies to Mateo and his brothers.