Historically, statistics show us that, yes, there is a huge number of women serving in the military even during times of war. In the United States, for example, 350,000 served in non-combat capacities during World War II.

Meanwhile, the Red Army was partly composed of 800,000 women during the the Great Patriotic War in the Soviet Union, with 300,000 of those in active combat in fighting the Nazi.

With that in mind, allow us to share with you 10 women who showed us they deserve to be considered badass in every way. 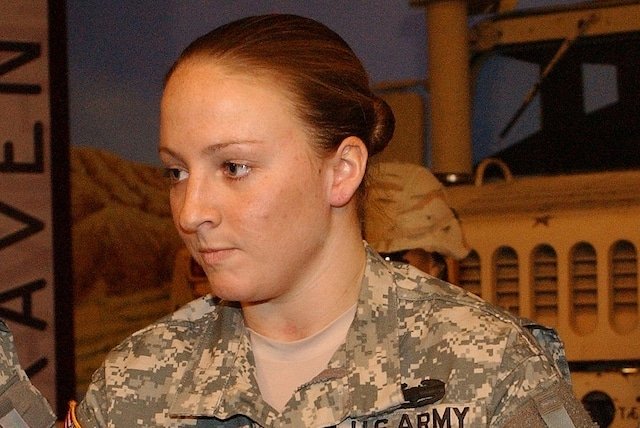 In 2004, Leigh Ann Hester went to Iraq for the task of performing convoy escort missions for the 617th Military Police Company. Based on the written policy issued by Pentagon, female soldiers are not allowed to enage in combat.

However, their unit was ambushed by 50 heavily-armed insurgents. Hester did not hesitate and took the lead to fight the enemy. She killed 3 out of the 27 wounedd insurgents and all the members of the unit survived.

Hester later became the recepient of the Silver Star award which makes her the first woman to receive it since World War II. Definitely not a bad achievement for someone who previously worked as a shoe salesperson in Nashville, Tennessee! 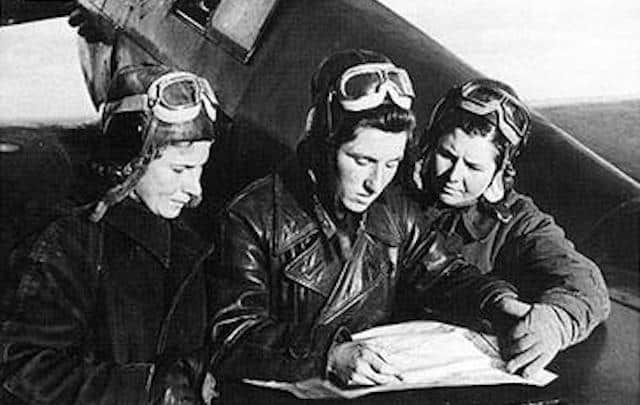 Pictured middle in this photo, Katya Budanova was already a flight instructor at age 21. A former airplane factory worker in Moscow, she immediately signed up for the all-female 586th Fighter Regiment when the Third Reich attacked in 1941.

In 1942, she was transferred to the 437th fighter regiment and that’s when she made a name for herself. Budanova “attacked a group of thirteen German planes by herself and shot down her first enemy plane,” wrote a report. Furthermore, she shot down “three enemy planes, two fighters, and one bomber” the following month.

When the German forcers were supplying their trapped 6th Army troops via airdrops, Budanova took action again and shot down five planes.

She eventually died in action in July 19, 1943 while taking down one of three enemy fighters with her. 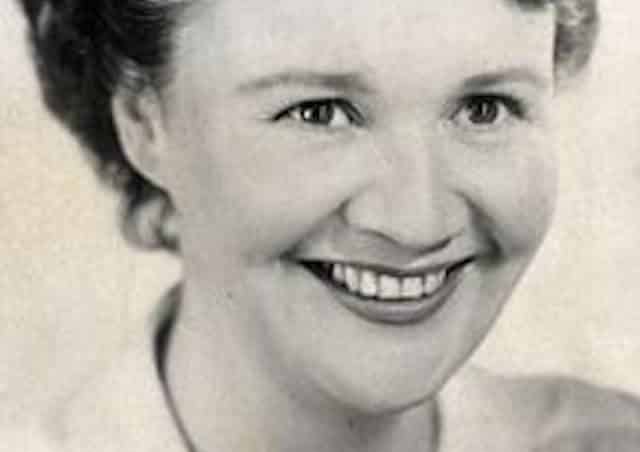 Born to a rich family in the UK, archaeologist Ursula Graham Bower, 23, went to Naga Hills in Eastern India in 1937. Although she was mainly there for an anthroplogy project, she developed a close relationship with the Naga tribe as she provided them with medical treatment and food during times of famine. This was the reason why many believed she was a rebel priestess’ reincarnation.

Eventually, India faced threats of invasion from Japanese forces and so 150 of them joined the V Force guerilla unit and Bower had to assume the role of a leader since no other officer could earn their loyalty.

Despite having outdated weapons, Bower’s unit was able to intercept and wipe out a column of 50 Japanese soldiers. When 80,000 more Japanese soldiers arrived in India, the small unit, composed of 1,500, turned even more desperate.

Still Bower did not back down from defending the village even when 15,000 attacked them. At one point, they were even able to capture a gang of 30 deserters.

V Force disbanded in November 1944 and Bower later returned to Britain. However, “Home was no longer Home,” she said, reflecting on her experiences in India. 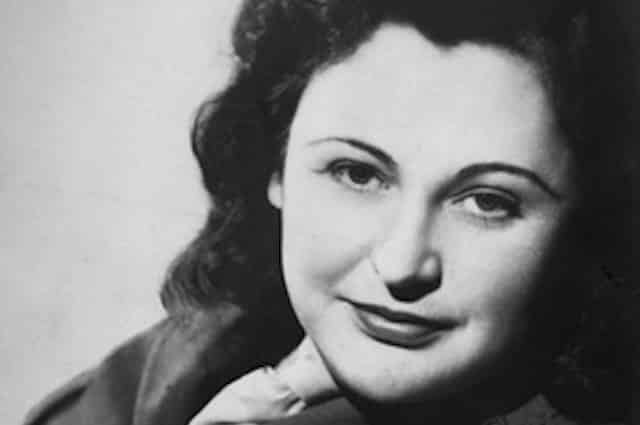 When she was 16, Nancy Wake used her inheritance money to move from New Zealand to the United Kingdom. She later studied journalism, moved to Paris, and married wealthy industrialist Henri Fiocca.

She joined the French Resistance when Paris fell in 1940. She was instrumental in rescuing hundreds of Allied pilots in 1943 and they later nicknamed her “Die Weisse Maus” which literally means “The White Mouse”.

She, however, describes herself as “not a very nice person” and her actions prove that. For example, she once murdered a German solider with her bare hands. She also ordered the execution of a resistance member she suspected of being a double agent for Germany. 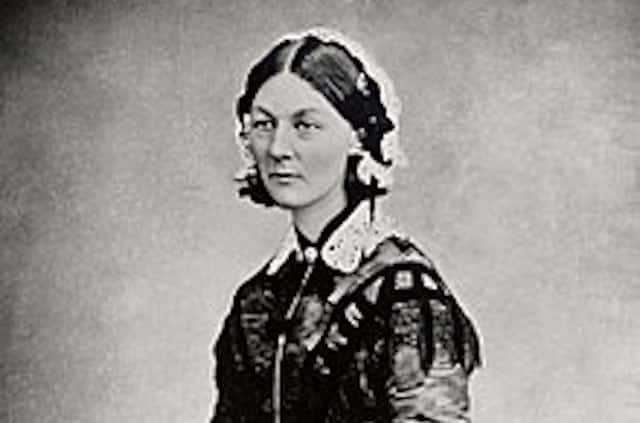 Probably the most popular name in the list, Florence Nightingale is known to many as the head nurse who served for the British-French Allied Army in Turkey during the Crimean War in 1853.

Although she initially faced rejection from the army hospital, she eventually earned their trust after utilizing finds from London Times to purchase necessary medical supplies.

Nightingale worked hard in improving sanitation standards and food service. She also demonstrated the importance of psychological care during times of war.

Three years after returning home from the war, Nightingale published Notes on Nursing and established the first scientific nursing school a year later in 1860. She also founded a school for midwives in 1862. 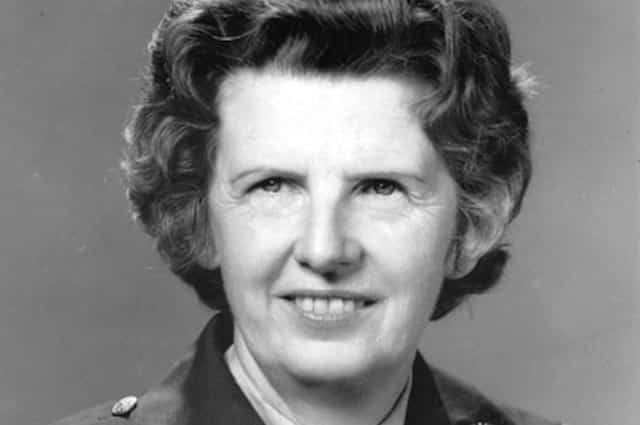 In 1941, Ruby Bradley served as a hospital administrator on Luzon Island which placed her in harm’s way. This was during the time when the United States faced defeat against the Japanese forces in World War II.

She was eventually captured but Bradley managed to smuggle medicine and medical supplies to set up an improvised hospital which she ran for 3 years. During the period, she was able to perform over 230 surgeries and delivered 13 babies. 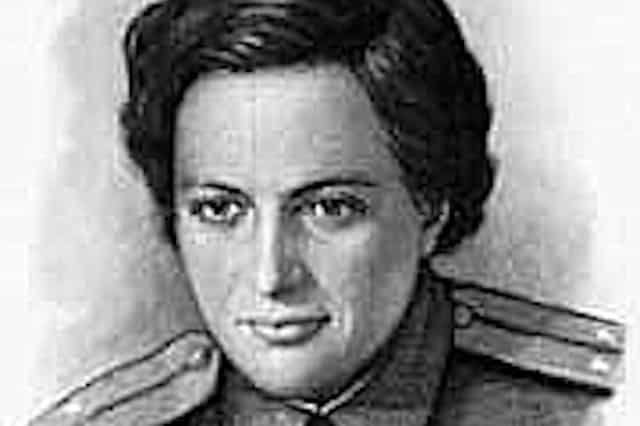 Known to many as “Lady Death”, Lyudmila Pavlichenko was definitely someone you wouldn’t want to mess around with. The lady Soviet sniper was sent to Washington DC in 1942 in an effort to increase commitment to America. She was the first Soviet citizen to visit the White House and First Lady Eleanor Roosevelt accompanied her on a tour.

To demonstrate her skills to the 25th Rifle Division, she had to kill two Romanian non-combatants. Her first battle likewise pushed her to kill two scouts in Odessa.

When Pavlinchenko was pulled out from the field, she was able to kill 36 of the 309 enemy casualties.

At the war’s end, she was already a major and went on to finish her studies at the University of Kiev. She became a historain. In 1957, she met with Eleanor Roosevelt as when she visited Soviet Union. The two “threw protocol out the window” as they hugged after Pavlinchenko took the first lady into her bedroom. 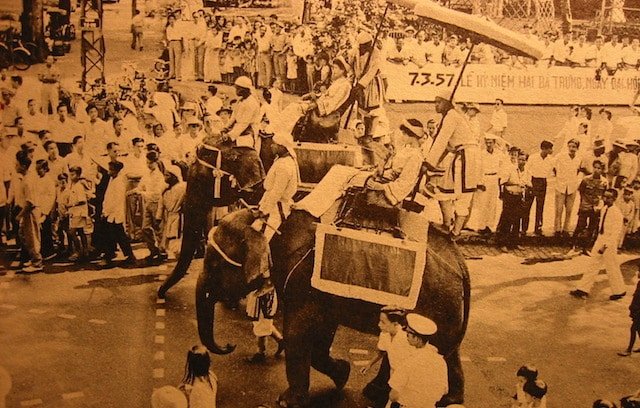 The photo above shows a parade honoring Vietnamese sisters Trung Trac and Trung Nhi. In 39 AD, Trac’s husband was murdered by the Han Dynasty and so she decided to take charge of local chiefs armies. Nhi, her sister, joined them as well.

In a year’s time, Trac conquered 65 Chinese strongholds which led to the creation of an independent Vietnamese state. This lasted for three years.

Although they were later defeated by the Chinese army, the sisters became a symbol of bravery for standing up against great odds. Today, streets and buildings are named after their honor. 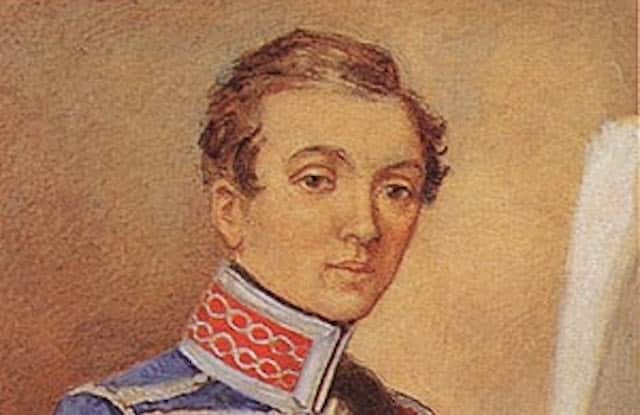 Born in 1783, Nadezhda Durova was among the first women to be in combat during the Napoleonic Era. Her commanding officer (and uncle) later wrote Czar Alexander seeking permission to send her home since she was too brave and reckless. When she spoke with Alexander, she asked him to send her back and she played a big part in fighting Napoloeon’s Russian invasion in 1812. 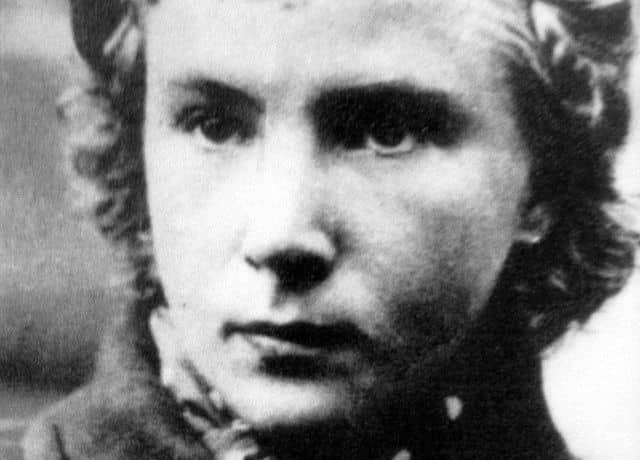 Lydia Litvyak began training as a pilot by the tender age of 14. When she was 19, she was already a flight instructor and has trained 45 students. She later served in the Red Air Force and became known as the first female pilot to shoot down an enemy.

Litvyak later shot down Erwin Meier, the German flying ace who killed 11, and he was taken prisoner. She had a total of 12 to 14 kills at the Battle of Stalingrad.