Watching baseball can be really fun. Men, women, even kids love to watch games live and just have a grand time.

In an interesting event that happened last week, however, the highlight of the Pittsburgh Pirates versus Atlanta Braves spring training game was a brawny man who literally saved a boy’s face from being crush by a baseball bat, and the neat thing, it was captured in a photo in the best timing possible!

Turns out, the man was the father of the clueless boy.

In the photo, it can be seen that the veiny and seemingly strong arm of the man blocked a heavy baseball bat from hitting the face of the boy, who was then holding a smart phone and looked busy with it that he did not notice a deadly bat coming straight to his face.

Here are the two frames of photos:

Look at how perfectly-timed that arm was to cover the boy's face! 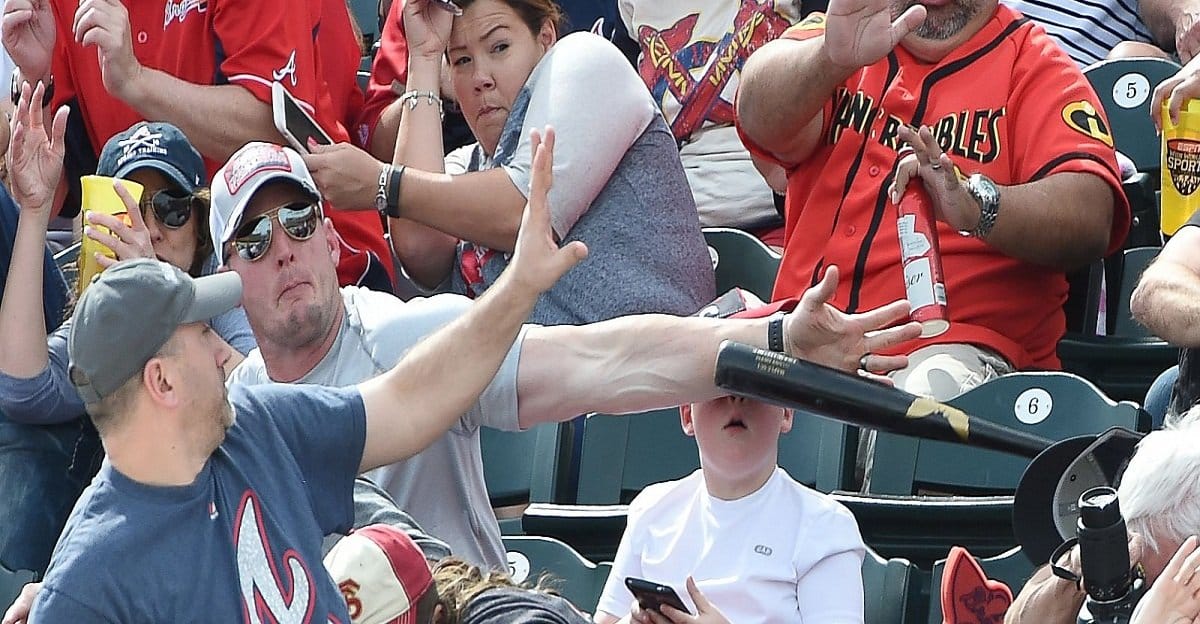 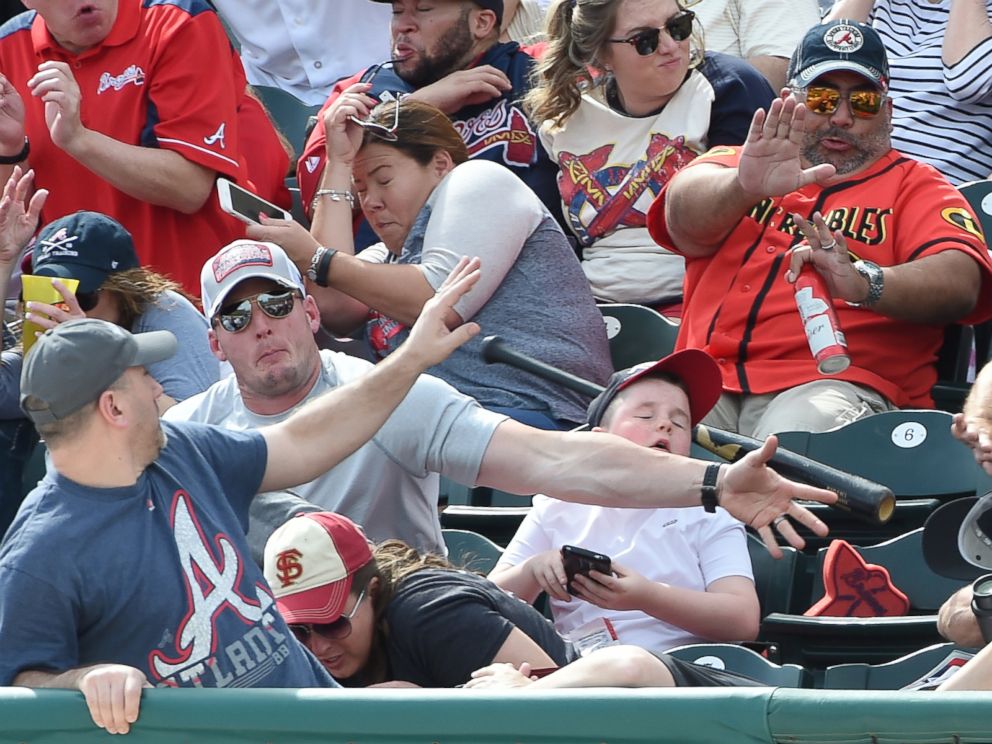 We also have to take our hats off for the photographer named Christopher Horner from the Pittsburgh Tribune-Review. He was able to perfectly capture the moment, which surely made us want to buy this guy a beer or something.

Sometimes, batters may lose their grip and a baseball bat may come flying in the stands. This situation is so dangerous than members of the audience must always be on guard. You see, in a major league, bats usually weigh more than two pounds!