Sharks are known to be feared under water. It is the most popular predator that preys on big fish and mammals such as sea lions and humans as well.

Shark attacks became popular after the film “Jaws” was released. Aside from books, this movie helped us to become more aware about the dangers under the sea and how sharks attack.

Sharks are aggressive and even the smallest provocation can lead to an attack. Remember that our human capabilities underwater are weak and limited compared to the sharks that lives in the water.

An unexpected threat surfaced when a girl who was swimming underwater suddenly lurked by a shark. 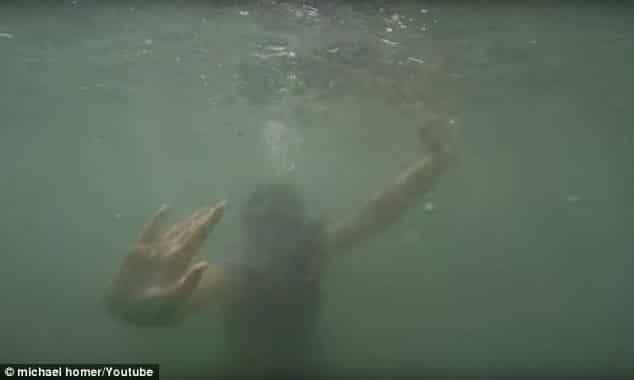 A supposed to be fun family outing became a terrorizing experience when a shark passed by a father and his daughter. The incident was caught on tape when a man and his daughter were swimming on Papamoa Beach, New Zealand.

The girl was seen on the video ducking below water level and even waved her hand to her father while he was filming underwater. It was seen in the video that upon ascent, a shark suddenly came out of nowhere, showing its fin above water as how you see it in movies. The shark moved around the man then in front of the girl. Alarmed by the situation, the man and his daughter rushed to the shore to avoid attacks from the predator. Nobody knows what happened next.

Check Out the Video Here:

It is important to be aware of the ecologic system in a certain place when swimming. One should do research or contact the local government for information about possible sharks or something of same threat in the area. On the other hand, the government officials should be vigilant in providing safety for people in the beach.

Stay aware whenever in water, remember these three important tips: 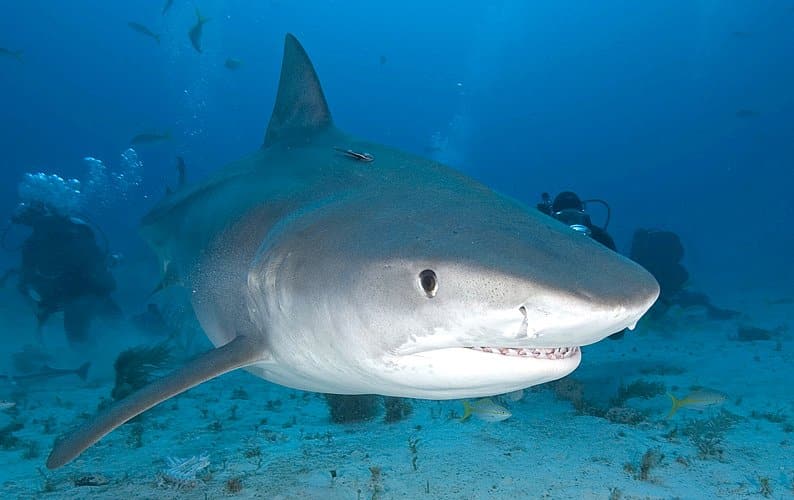 To minimize the chances of being placed in this kind of situation when in water; Christopher Neff, a shark attack expert at the University of Sydney, said to National Geographic that we should always consider the following three questions:

“First, I ask, “What’s the weather?” because swimming while it’s overcast or stormy isn’t a good idea. Incoming storms can cause the tide to stir up baitfish, and we want to avoid getting in the way of sharks and their prey. It’s recommended that bathers stay out of the water for 24 hours after a storm, not just until the next morning.

Second, “What’s the time of day and the environmental conditions?” We all know to avoid swimming at dawn and dusk and when the water is cloudy. But we also want to be conscious of other marine life and the seasons.

Third, “What am I doing?” Tips that can help reduce risk include not swimming alone or far away from shore. Simply put, swim in a group and stay close in.”