Being a parent is the most challenging task of all. The attitude and overall life of our children largely depend on how we raise them; hence, the responsibility of honing one to be a good citizen of the world is quite daunting. But can you imagine raising one who needs extra special attention such as those with autism?

Having a kid with autism sounds very difficult because in reality, it is. Developmental psychiatric pediatricians and experts recommend parents to stay calm as their children do not understand what they are doing, nor is it their purposeful evil intention to cause daily drama in the household. What we can do as parents is to be there for them and protect them always.

In this Facebook post by a certain “Charlie,” he recalls his experience when his seven-year-old son with autism had one of his worst tantrums while the family is vacationing in Disneyland. He was about to lose his temper when a kind man suddenly stepped up and made Charlie realized how valuable his child is.

Here’s how one simple gesture of kindness made a big difference. 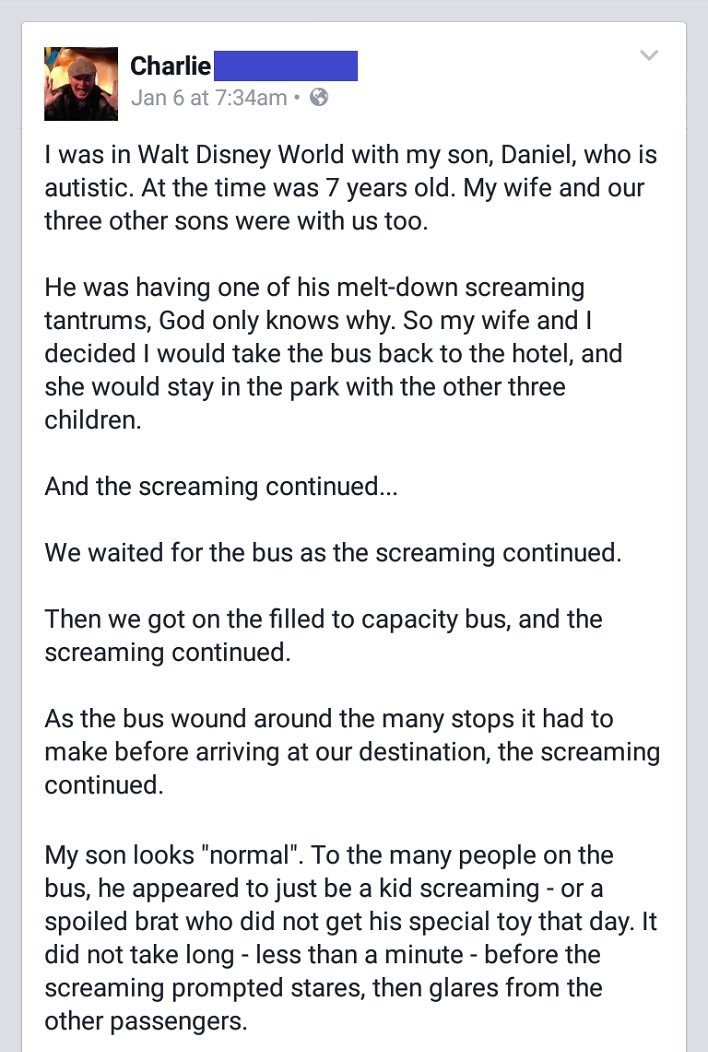 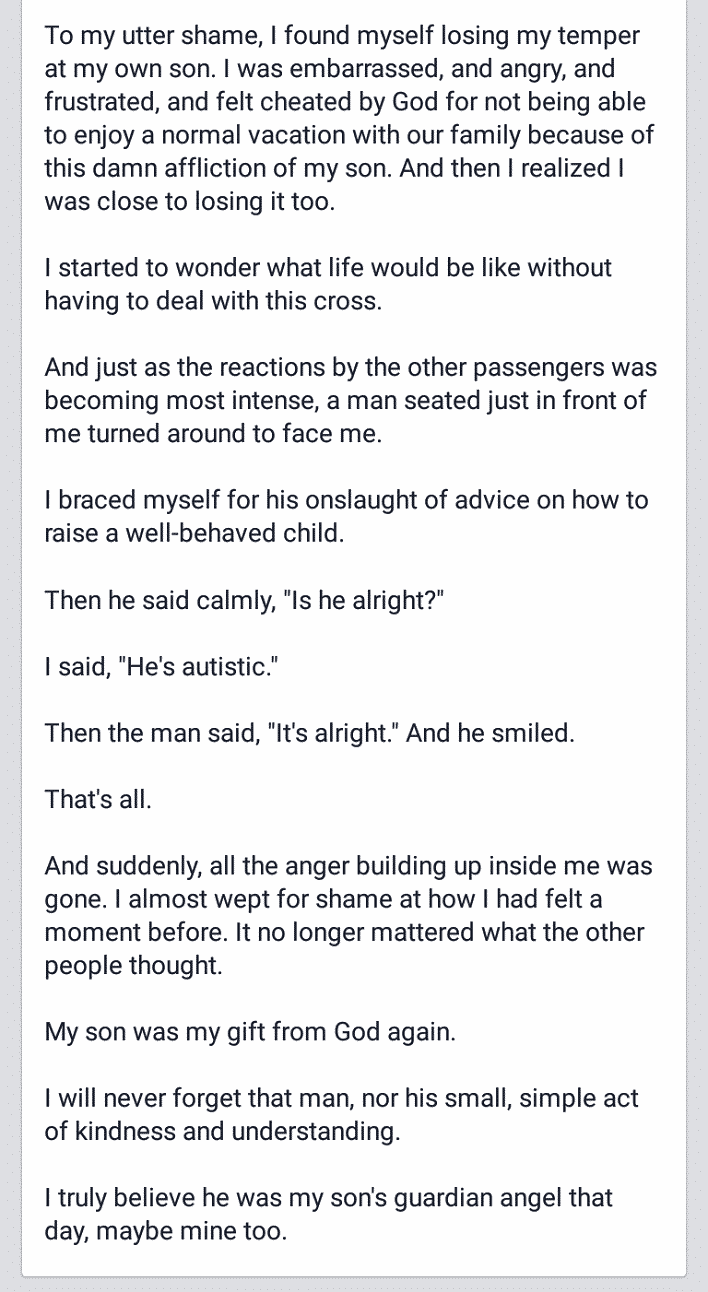 According to the National Institute of Neurological Disorders and Stroke, autism spectrum disorder is a group of neurodevelopmental conditions characterized by social deficits, communication difficulties, and repetitive behaviors. The most notable feature of people with autism is impaired social interaction. Children usually focus on one thing at a time, without regarding anything or anyone around them for long periods of time.

One of the key characteristics of children with autism is the consistent avoidance of eye contact when speaking with other people. They usually do not respond when their name is being called and they do not react appropriately because they do not understand facial expressions and other objective cues that other people may exhibit. They are also more likely to resort to self-harming behavior such as head banging or biting. With this, they often have a hard time making friends because they do not know how to play or interact with other kids.

Kids with special needs require extra attention, patience to deal with and heaps of understanding. Let us all remember that they are God’s gift and we should be proud and happy to have them in our lives.