A family of treasure hunters is living our childhood fantasies about hidden treasures and embarking on a wild adventure. After nearly 300 years, more than $1 million worth of gold artifacts were found off the coast of Florida. Treasure hunter Brent Brisben of Queens Jewels said the the gold was discovered on June 17 about 4.5 meters in the Atlantic Ocean off Fort Pierce.

When Eric Schmitt’s metal detector got a hit about 4.5 meters below the ocean’s surface, he almost ignored it. Usually, the metal detectors only detects beer cans and lead fishing weights. But this time it was totally different. The family of treasure hunters from Sanford struck gold, and a lot of it.

The state of Florida is entitled to up to 20% of the treasures and the rest is split between Queens Jewels and the the Schmitt family, the treasure hunters who discovered it. According to Brisben, the artifacts date from a 1715 maritime tragedy. 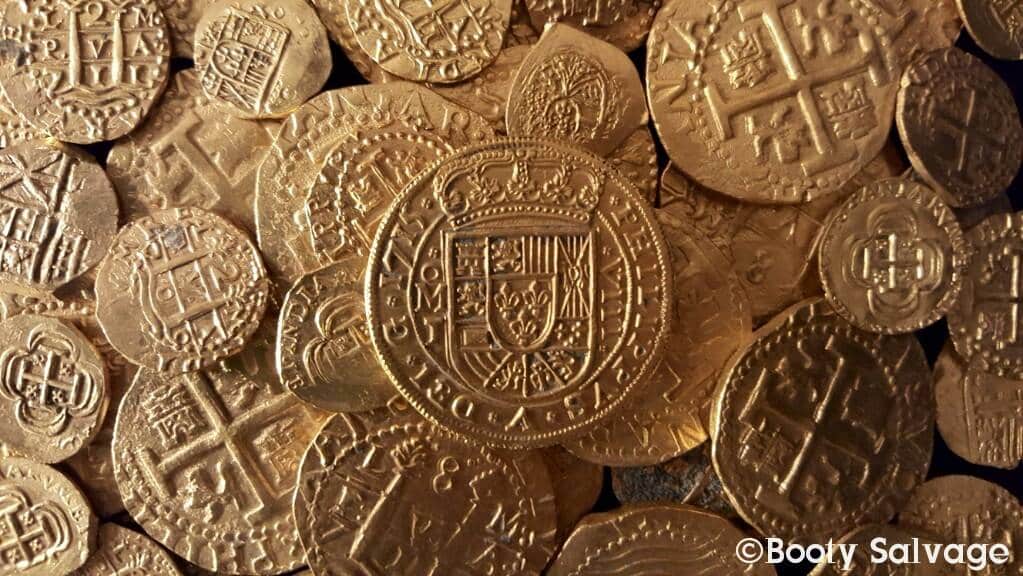 On July 24, 1715, 11 ships packed with treasures from the New World set off from Havana, Cuba, to Spain. Unfortunately, the ships were wrecked in a hurricane on July 31, 1975 on what is now known as Florida’s Treasure coast. Almost 1,000 people died, but another 1,500 were able to swim to shore. Soon after, salvage efforts on the ships began and officials during that time reported that the treasure had been fully recovered, halting Spanish recovery of the treasure.

‘The items recovered include 51 gold coins and 12 metres of ornate gold chain. There’s also a rare coin called a Royal that was destined for the king of Spain,’ Brisben said.

Rick Schmitt and his two children Eric and Hilary has been finding treasure for years. 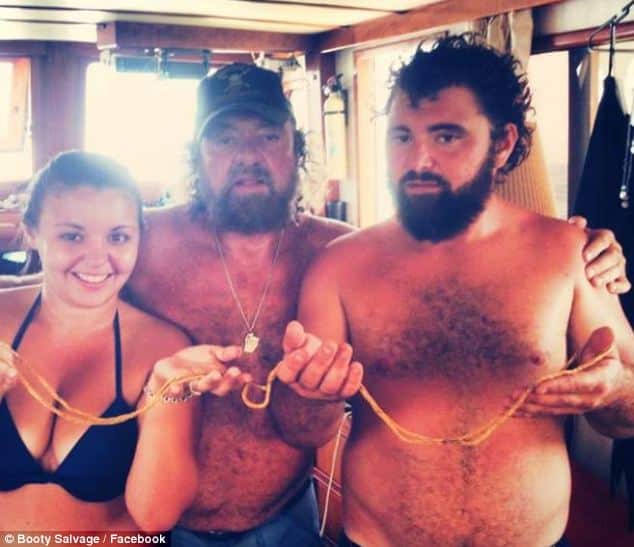 These artifacts were discovered in waters about 15 feet deep located approximately 30 miles north of West Palm Beach. The coins vary in denomination and include: 17 Eight Escudos, 22 Two Escudos and 12 One escudos. 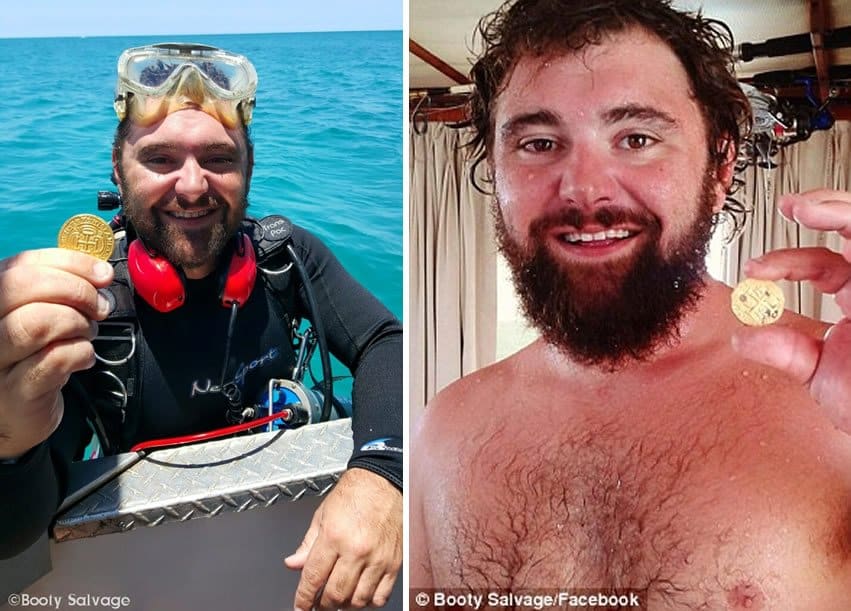 According to the Queen Jewels’ website, the salvage on the 1715 Fleet began in the late 1950s, after an Ohio man found a piece of eight on the beach after a hurricane and decided to find out where it came from. The 1715 fleet site has been passed among several different salvage companies in the decades since, but Queen Jewels and its team of subcontractors has been working to recover more artifacts since 2010.

‘These finds are important not just for their monetary value, but their historical importance,’ said Brent Brisben. ‘One of our key goals is to help learn from and preserve history, and this week’s finds draw us closer to those truths,’ he added.

Queens Jewels, LLC, says it’s on the verge of closing in on treasure estimated to be worth $400 million.

Watch the fascinating video below: