Nigerian authorities have recently confiscated an estimated 2.5 metric tons of alleged fake rice. According to reports, the Nigerian Custom Service was able to seize 102 bags of Best Tomato Rice after being alerted by a concerned customer.

Although the health ministry has issued a statement encouraging citizens to stay calm since no solid proof has yet confirmed that the rice was fake or made from toxic chemical substances, the National Agency for Food Drug Administration Control hasn’t released their investigative report yet.

Meanwhile, Mohammed Haruna of the Federal Operations Unit, described the rice as ‘plastic’ during a press conference in Lagos, Nigeria. 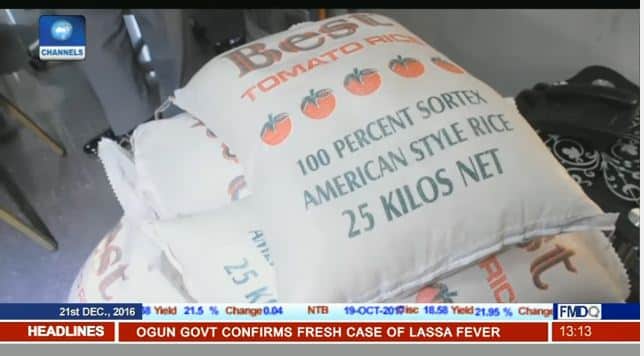 “We have done the preliminary analysis on the plastic rice. After boiling, it was sticky and only God knows what would have happened if people consumed it.”

At the moment, it remains uncertain where the rice’s shipment originated.

In a CNN interview, Jerry Attah, public relations officer for the assistant superintendent of customs, told:

“A consultant said he was given 221 bags to distribute.”

Kikelomo Adediti, a customer, shared that she recently bought about 2kg of fake rice from a retailer just last month. 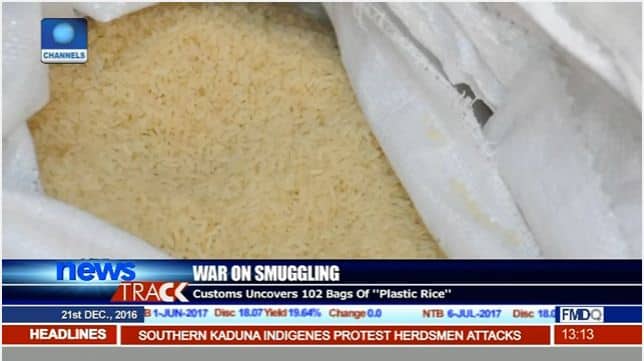 “It looked perfectly normal and cost less [than regular rice] so I thought I got a great deal. Normally it would take about 20 minutes [to cook] but after 30 minutes it was still hard. I added more water and the aroma was chemical in nature so I decided to discard it thinking it had expired.”

Attah stated that it’s still unknown whether the rice is really made of plastic.

“That’s why I call it fake rice, not plastic rice. To me it’s more like flour coated in maybe rubber… I don’t know the kind of formulations or chemicals they use.”

According to Attah, a total of 221 bags came into Nigeria but only 102 of those were seized. That means 119 of them have probably been distributed in the market.