We’ve all been encouraged by our parents to pursue our dreams but this really sounds like taking things to the extreme.

Born Richard Hernandez, Eva Tiamat Baphomet Medusa, 55 years old, is a transgender and a former Vice President and Client Manager at J.P. Morgan’s Corporate Banking Division. Nowadays, Eva refuses to be called a “he” or a “she” but actually prefers “it”.

Why? Well apparently, “it” wants to become a dragon – like literally.

Recently, Eva had both of its ears removed to look like the mythical creature.

Born Richard Hernandez, Eva Medusa is on a quest to transform into a real dragon. 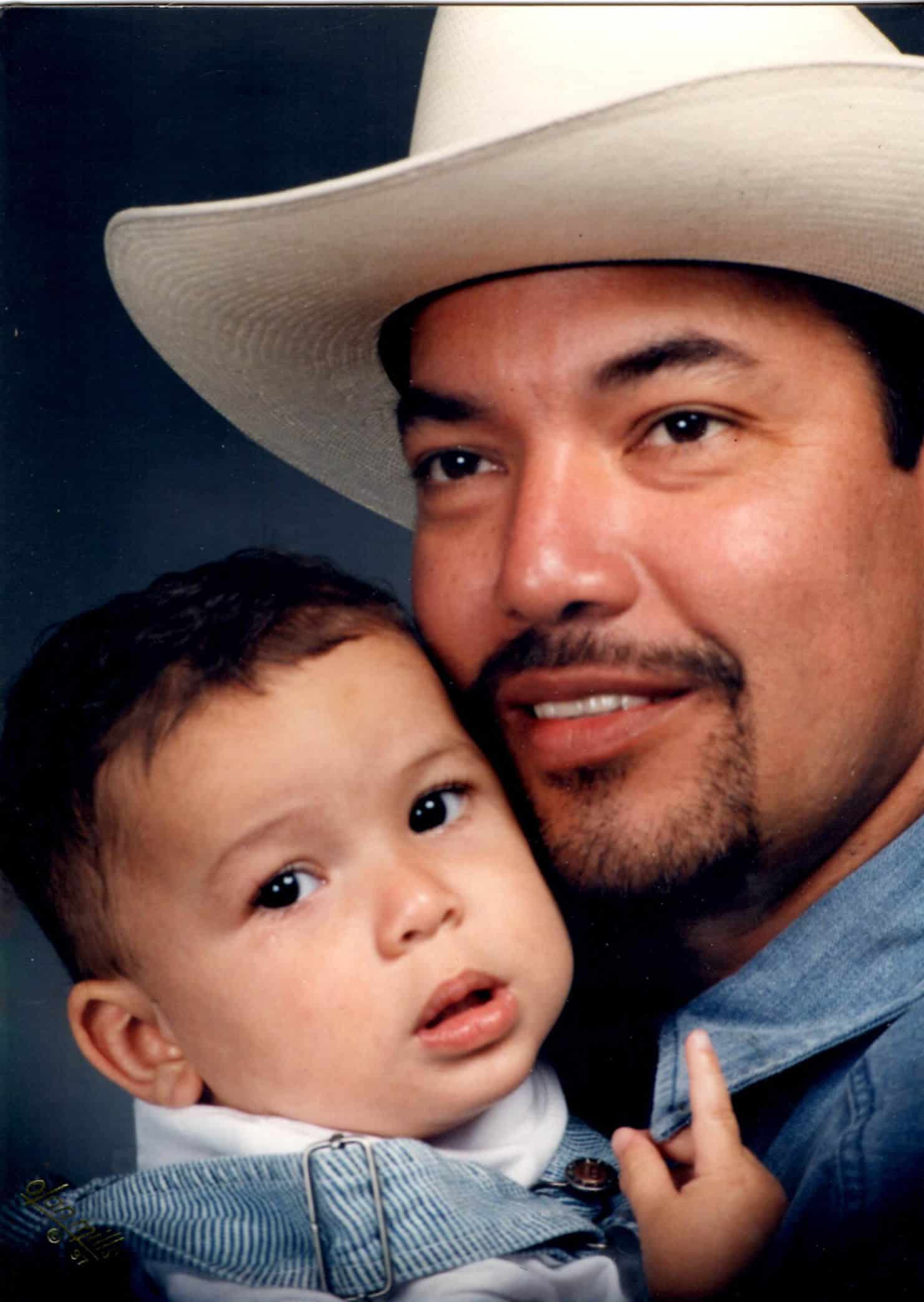 Moreover, an interview with the Daily Mail revealed that it had already a lot of different surgeries such as tooth extraction, horns implanted on its forehead, and even nose modification ala Voldermort, Harry Potter’s main villain in the movies and books.

On top of that, Eva has also undergone face and chest scarification so as to have reptilian-like scales on its body. If that’s not enough, it had a tongue split and a lot of tattoos. As of present time, Eva already has 95% of its body coated in snakeish scales.

Eva has undergone numerous body modifications and have spent more than $33,000 for it. 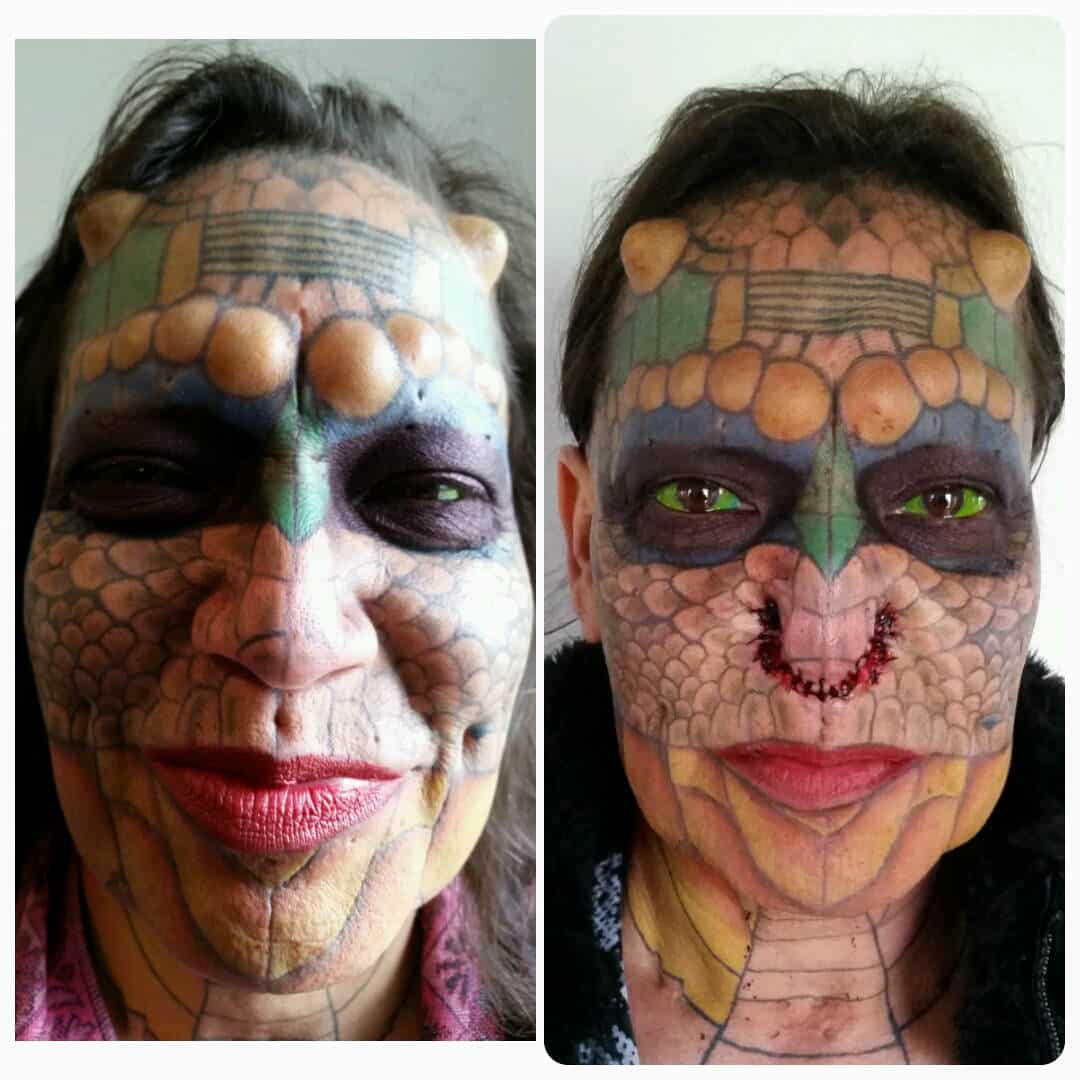 For this reason, many now refer to Eva online as the ‘dragon lady’. That tag, however, may not be as accurate since it has undergone penectomy and castration or removal of both the penis and the testes. Also, it doesn’t have any plans of getting replacement female sexual organ.

So yes, it looks like Eva is really serious about forsaking gender to pursue its quest to become a dragon. In fact, reports say that it has already spent more than $33,000. 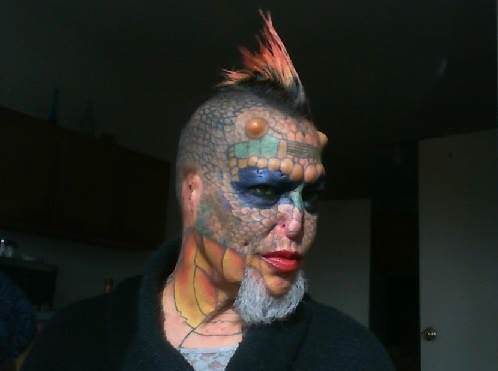 “What I like about body mods is everything from the aesthetic appeal, the sexual pleasure, the shock value and most important of all, personal gratification and spiritual significance.

And of course the pure pleasure of randomly scaring people when I’m out and about or during Halloween is a huge plus for me. My mods are necessary and I need them to be able to feel whole.”